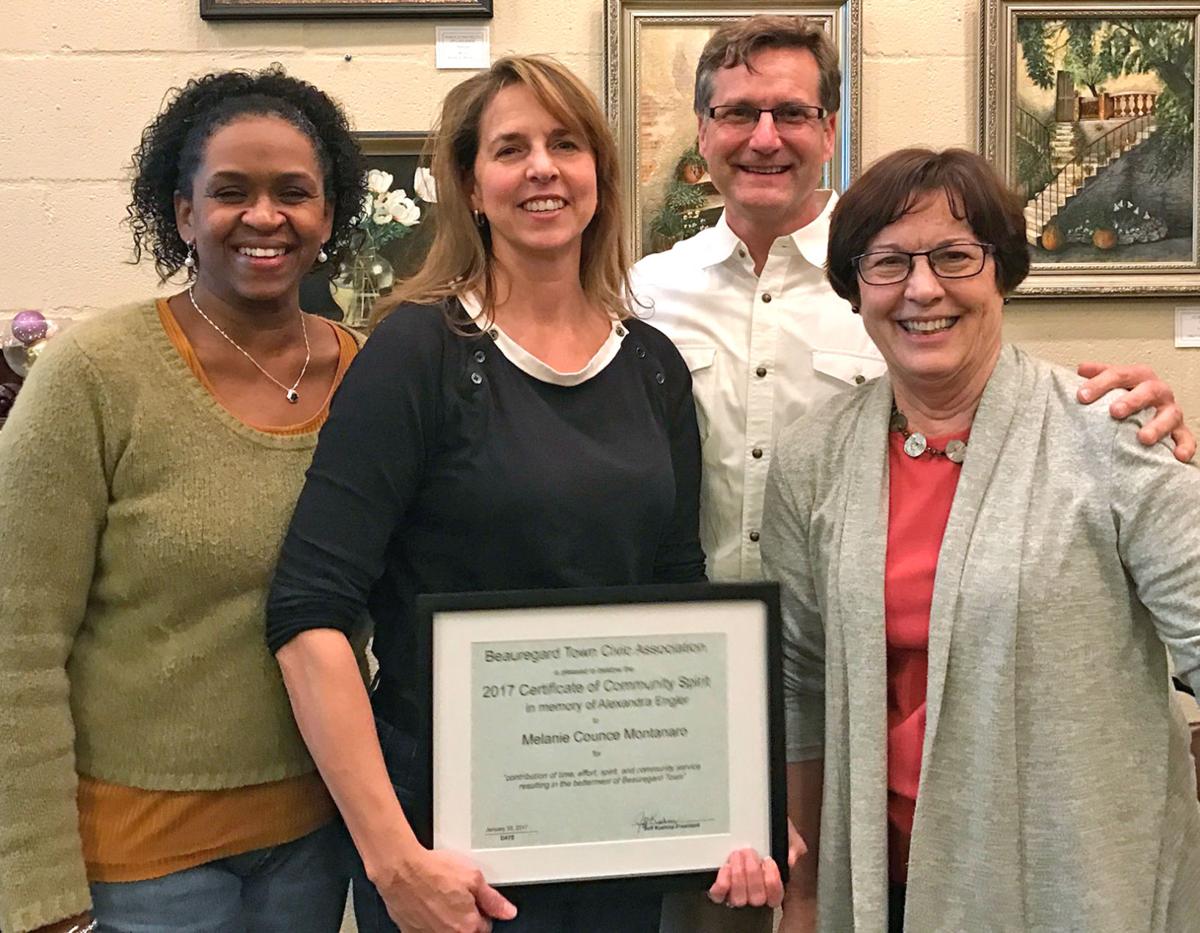 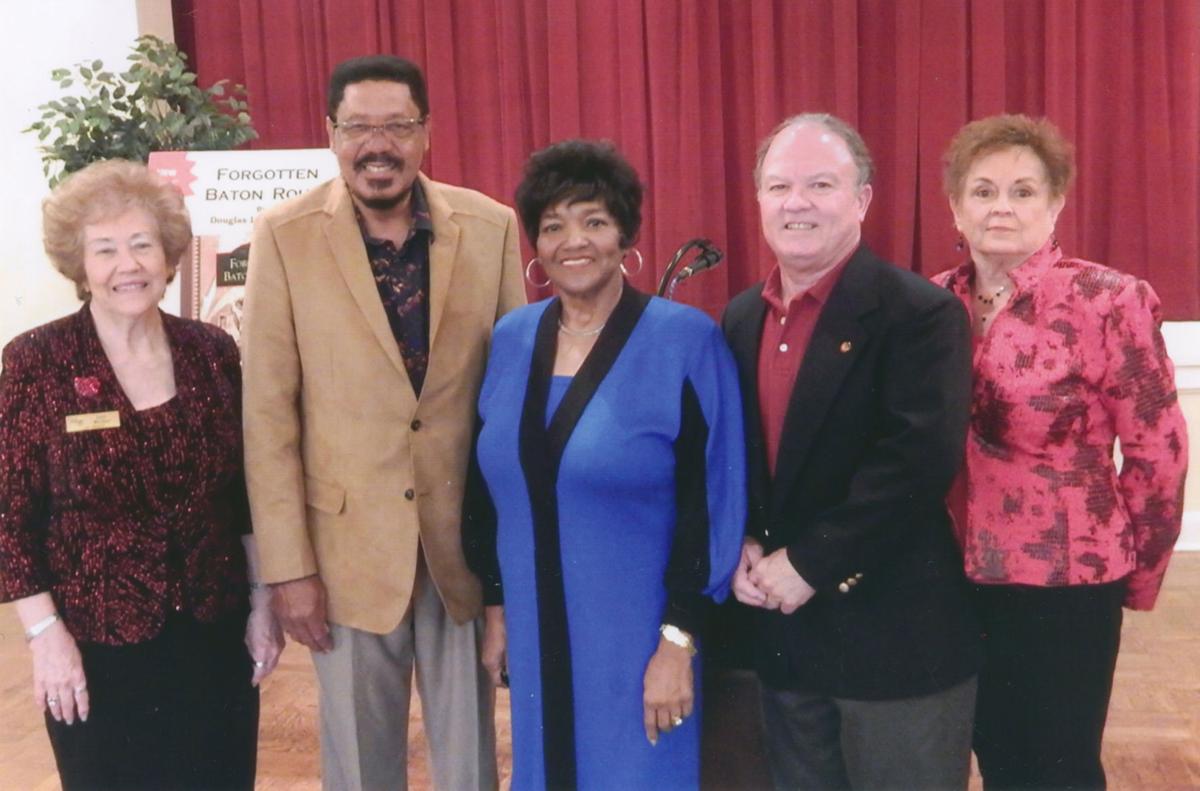 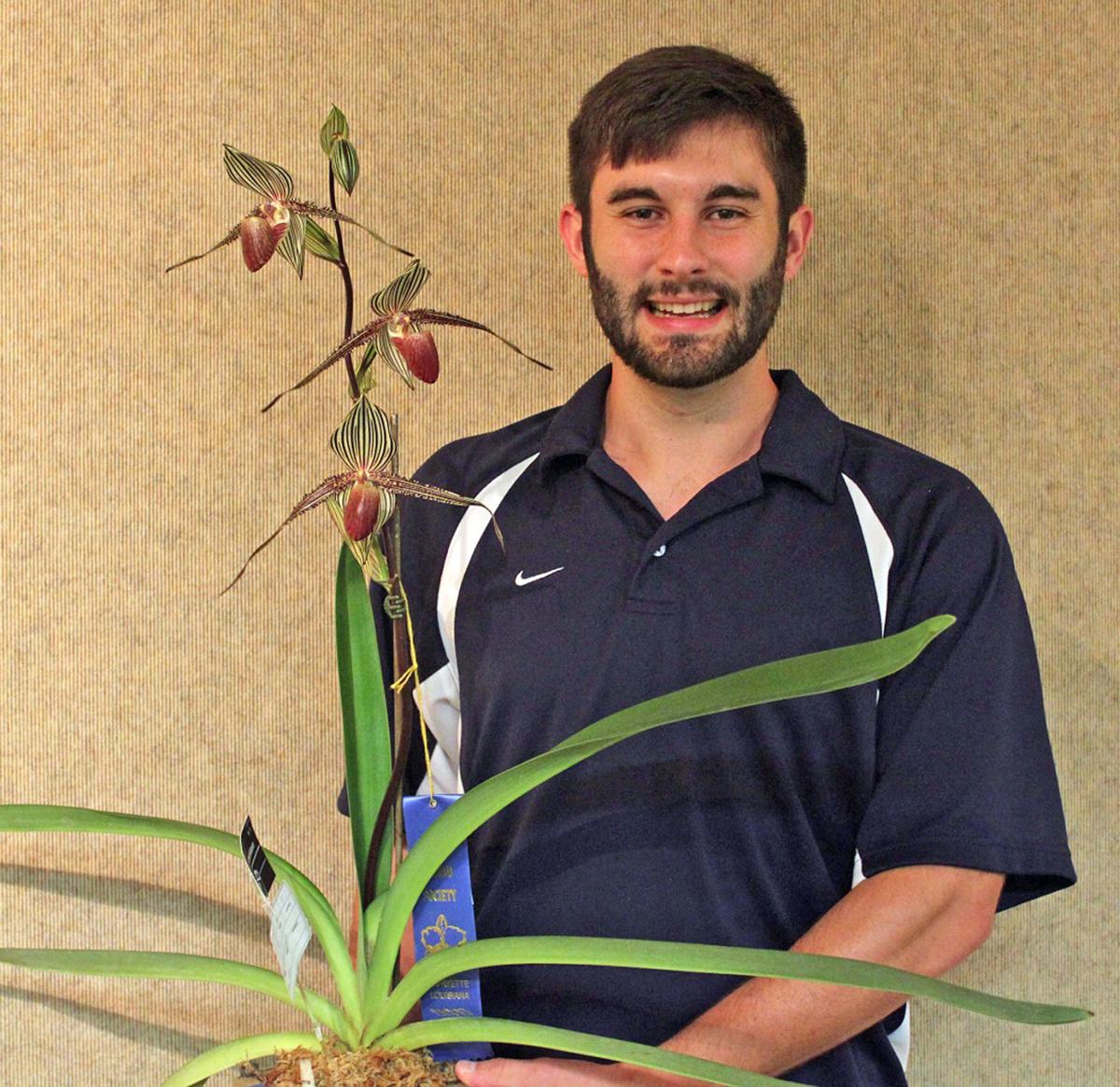 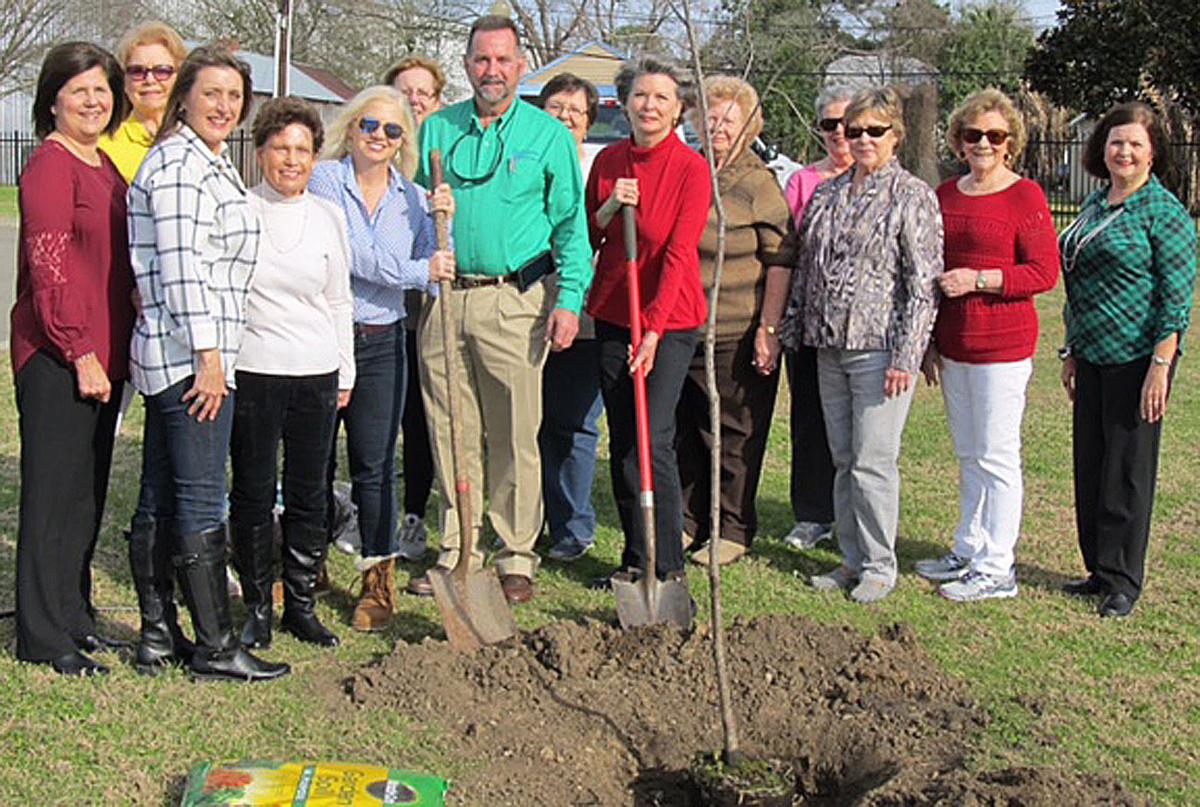 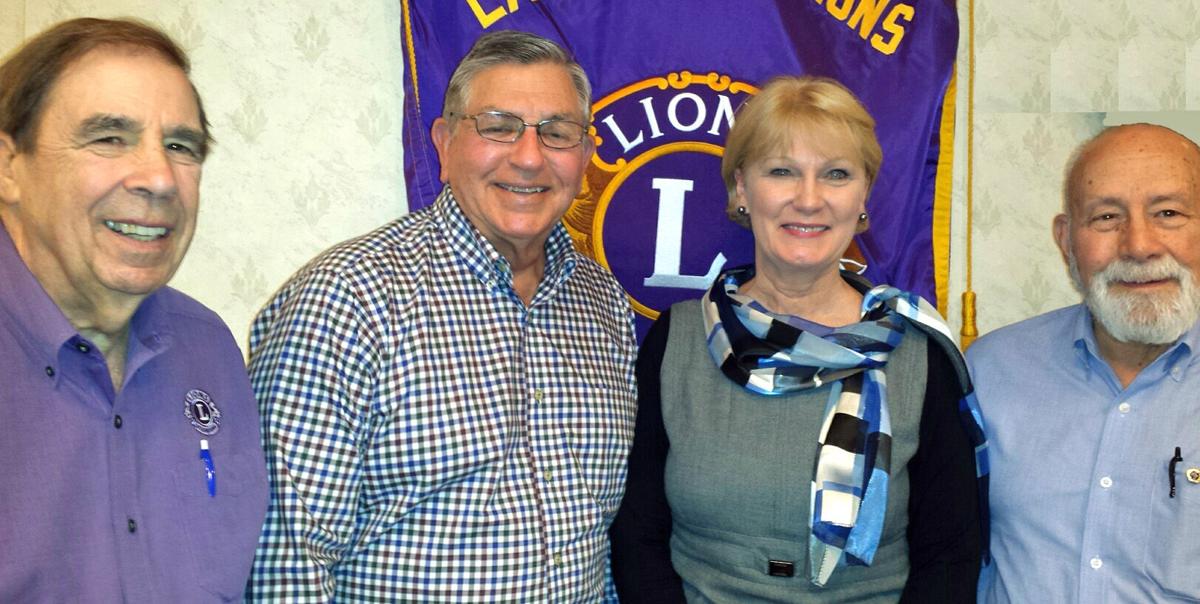 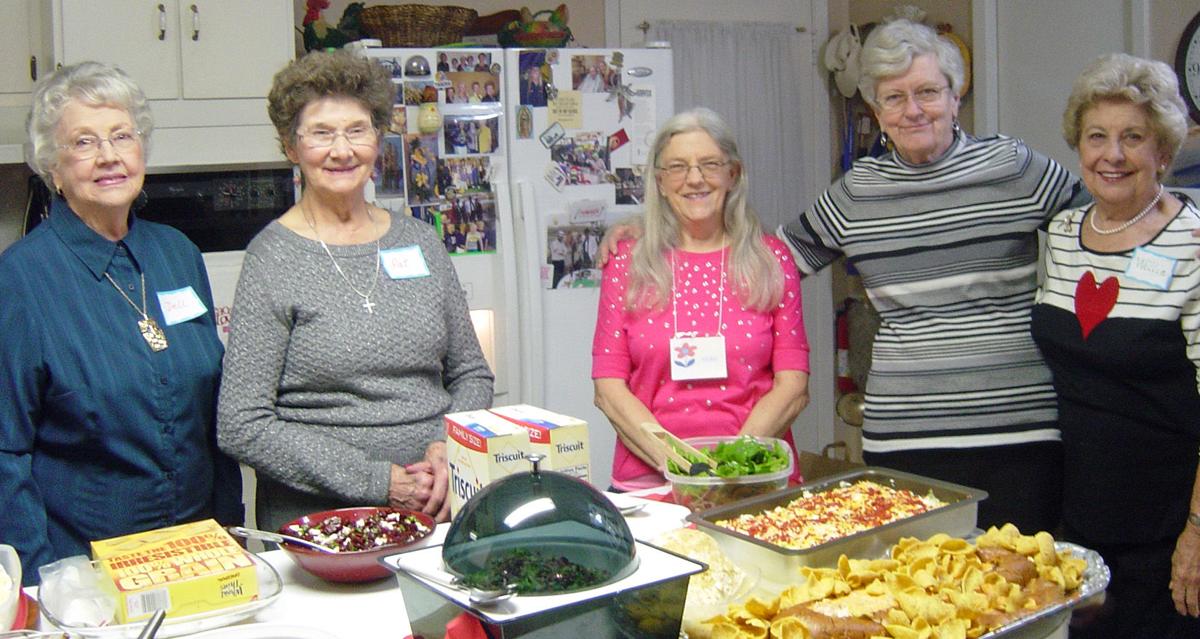 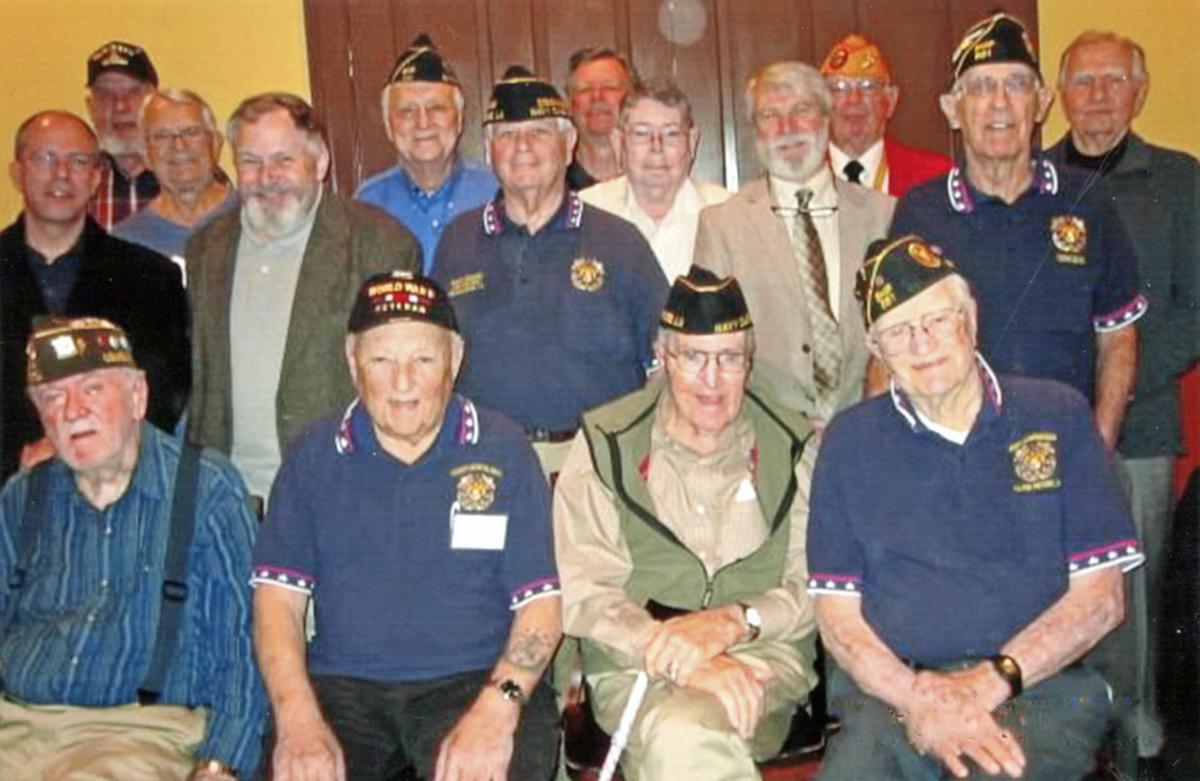 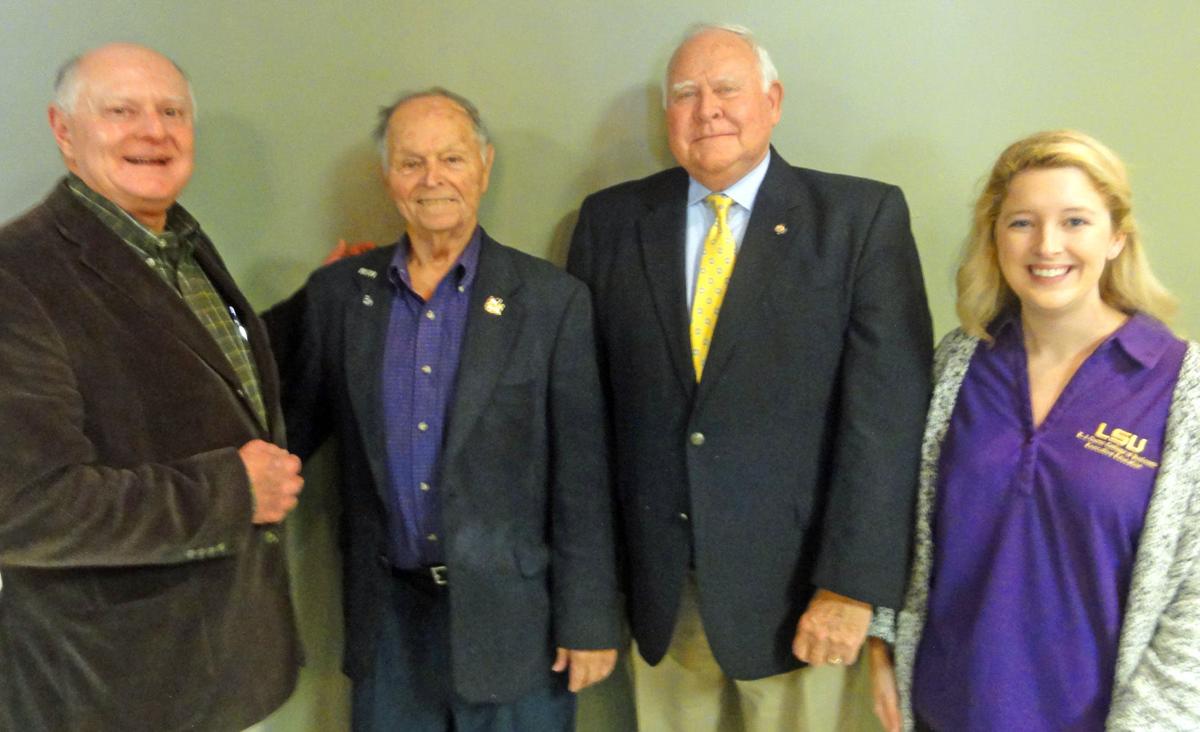 This award, given annually in memory of Alexandra Engler, recognizes an individual or individuals "who contributed time, effort, spirit and community service resulting in the betterment of Beauregard Town."

Villien spoke about his book, "Forgotten Baton Rouge." He told how he came to possess rare photos when his grandparents died, which inspired him to research the people and events depicted.

Kennedy displayed his work and told how it related to three important events in black history: slave ships leaving Africa for the United States, the Selma marches and the integration of Central High School in Little Rock, Arkansas.

The. Rev. Trey Nelson presided, and Deacon James Morrissey assisted at the special Mass where the honored couples processed in together to reserved seats. Nelson recognized the couples celebrating anniversaries ranging from 10 years to 65 years, then officiated as the couples renewed their marriage vows.

A reception followed in the parish hall. Each couple received a corsage and boutonniere, a commemorative marriage certificate and a keepsake program. A display was set up to view wedding photographs the couple had brought, along with a picture taken that day of the couple.

The St. Jude Marriage Encounter Ministry hosted the event. World Marriage Day began in Baton Rouge in 1981 to promote the sacrament of marriage. It is celebrated each year on or around the second Sunday of February all around the world.

In February, the society is presenting a series of one-hour workshops on orchid basics for staff of local garden centers and nurseries. The goal is to train them to be certified orchid advisers who can better assist customers on the culture of orchid plants they purchase. The workshops are from 9 a.m. to 10 a.m. Wednesday at the Burden Center, 4560 Essen Lane, and are open to the public free of charge.

Upcoming workshops feature Chip Thompson and Danna Spayde teaching about Phalaenopsis, with a potting demonstration on Wednesday, Feb. 15, and Terry Rehn speaking on Cymbidiums and Oncidiums on Feb. 22.

The society will hold its monthly meeting at 7 p.m. Wednesday, Feb. 15, at the Burden Center. Dennis Wollard, of Lafayette, will demonstrate how to make corsages of various types of orchids. Visit the society's web page, batonrougeorchidsociety.com, for information or to subscribe to the monthly newsletter.

The 100 Black Men of Metro Baton Rouge’s mentoring program, Project Excel, had more than 40 mentees distribute 300 bags of nonperishable foods and toiletries to the homeless Feb. 4 along North Boulevard.

This event sought to prove the significance of assisting those in need. This initiative supports 100 Black Men’s mission to develop model programs that build the community by enhancing the lives of African-American youth.

The chapter is an affiliate of 100 Black Men of America. Project Excel works with middle and high school males to develop essential life skills and improve academic performance and citizenship. Project Excel is sponsored by the Dow Chemical Promise Grant and the DOW African-American Network.