You are the owner of this article.
Edit Article Add New Article
You have permission to edit this article.
Edit
Home
Coronavirus
News
Sports
Entertainment/Life
Opinion
Obituaries
Classifieds
Jobs
Homes
Games
Store
1 of 14 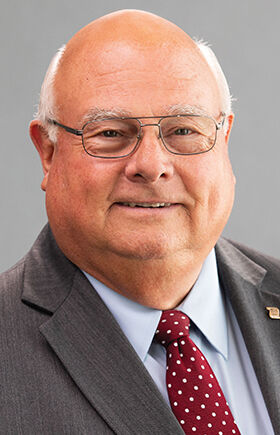 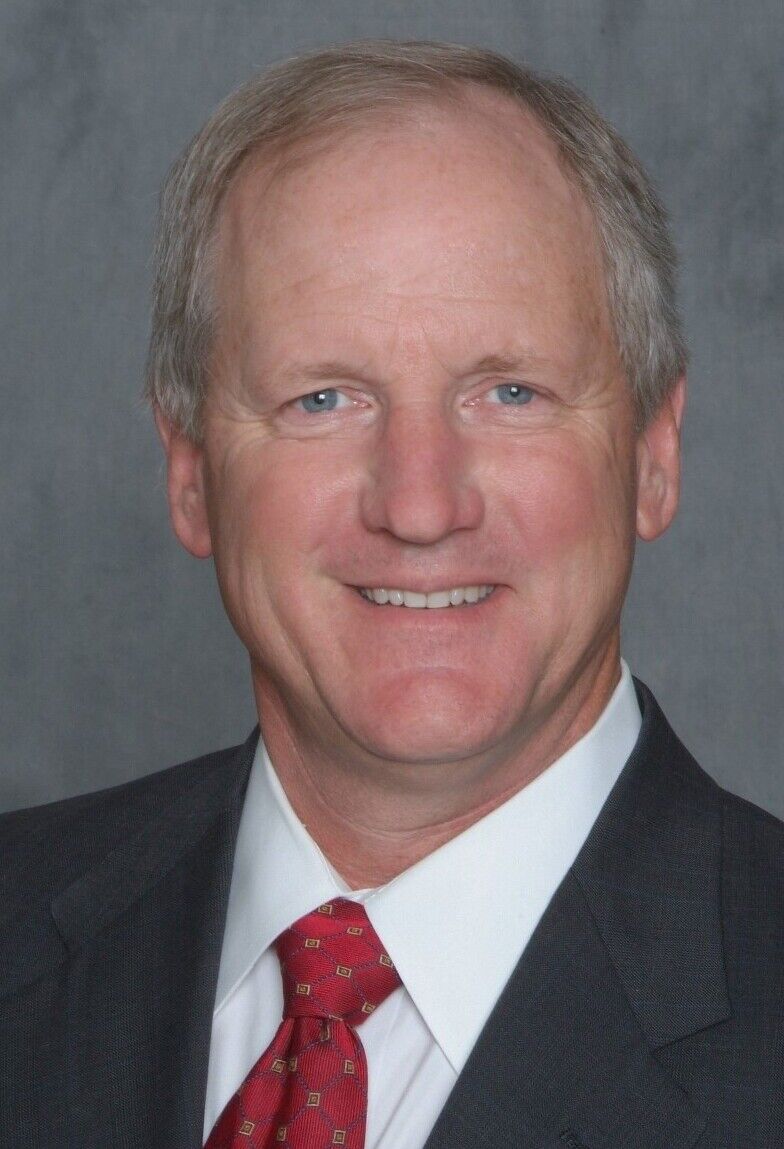 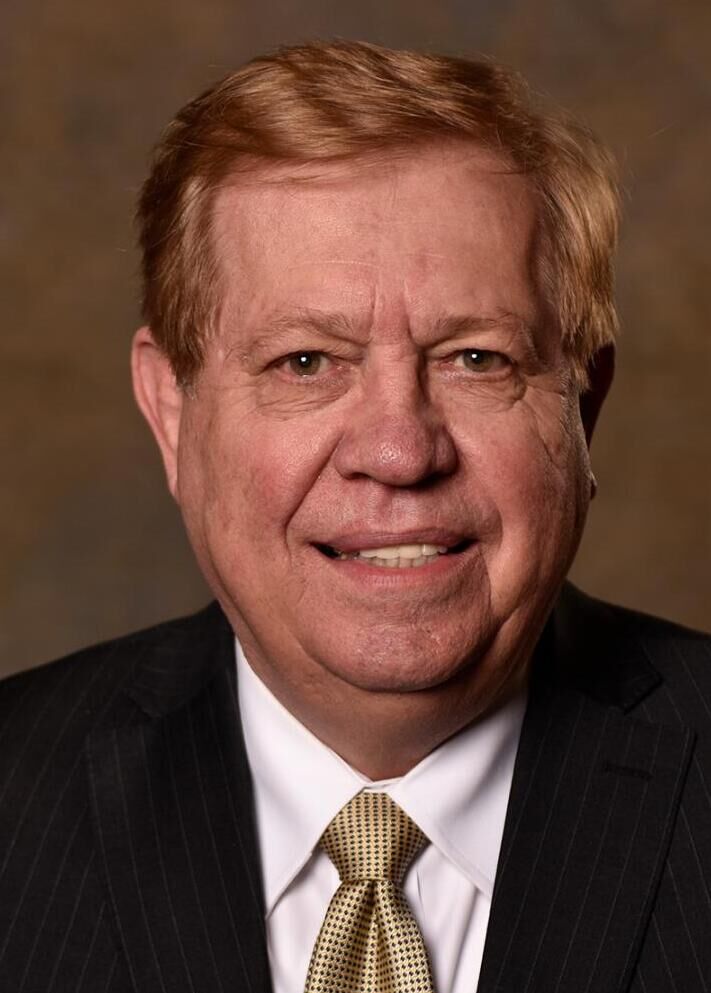 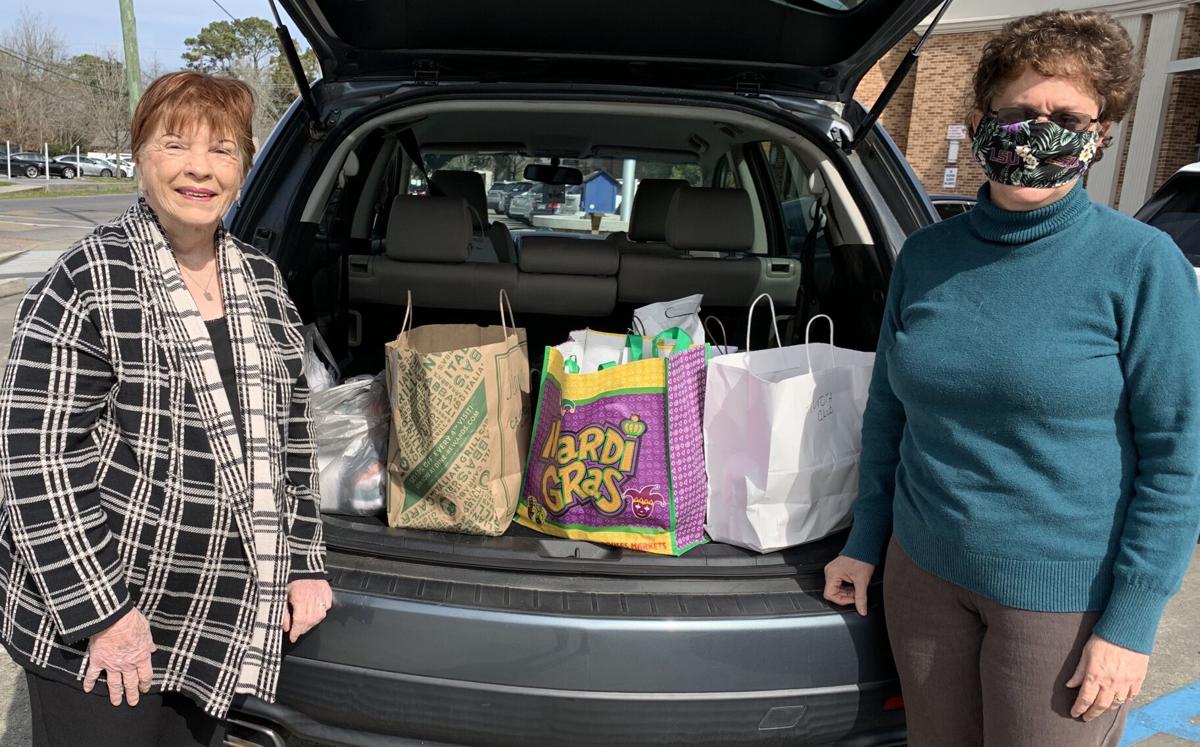 Altrusa -- Altrusa Club members Jackie Robbins, left, and Amy Drago deliver Bags of Love filled with women's personal care items for the the St. Vincent de Paul programs as part of a service project of Altrusa and the AURORA organization at The Dufrocq School. 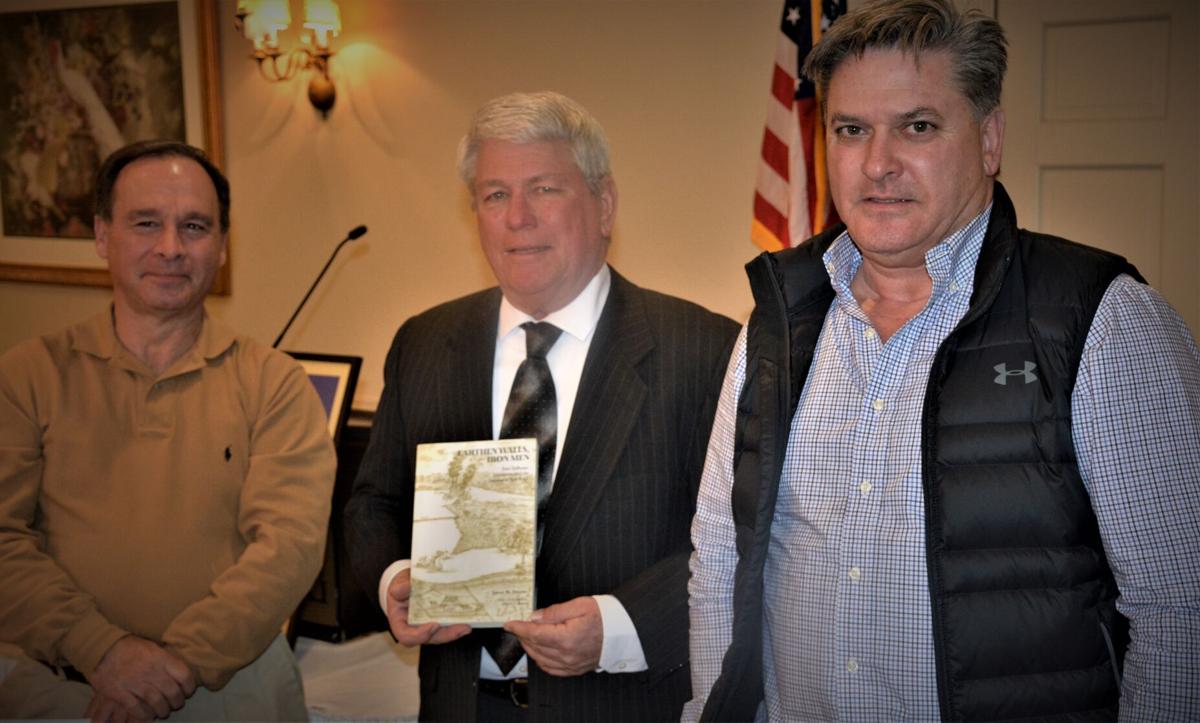 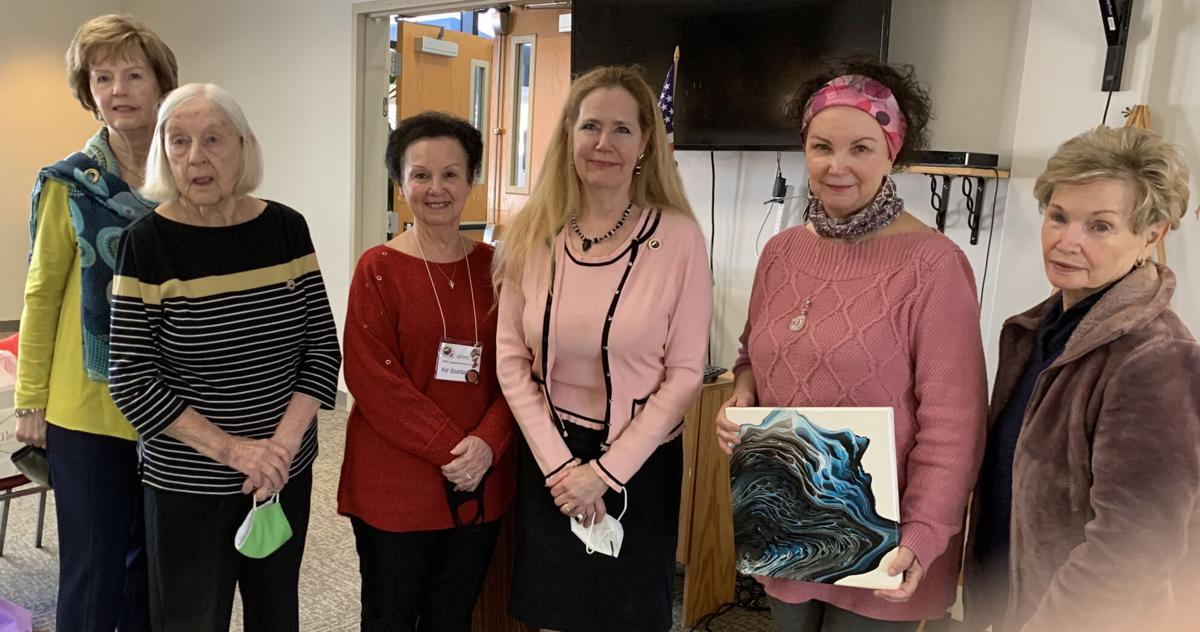 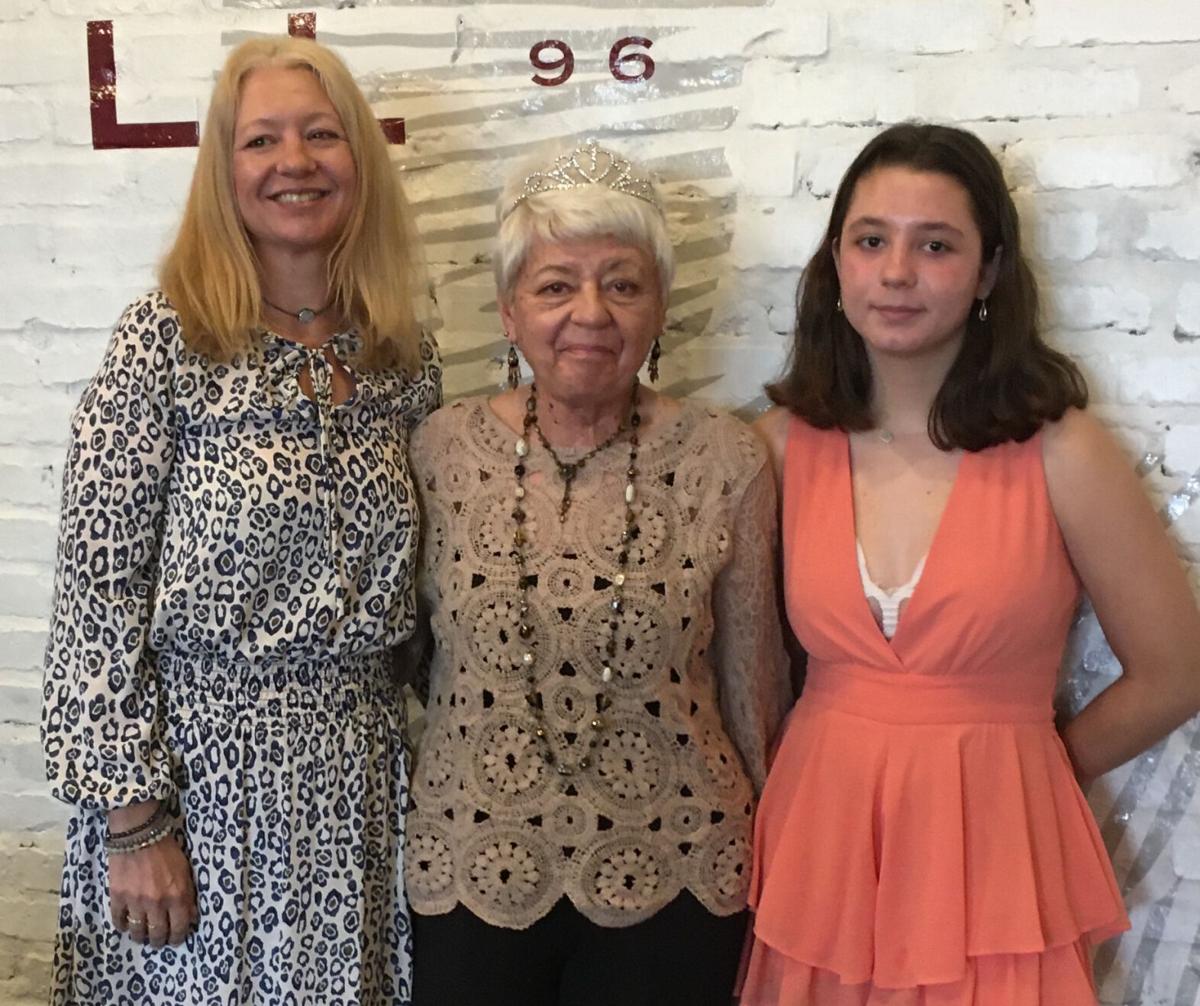 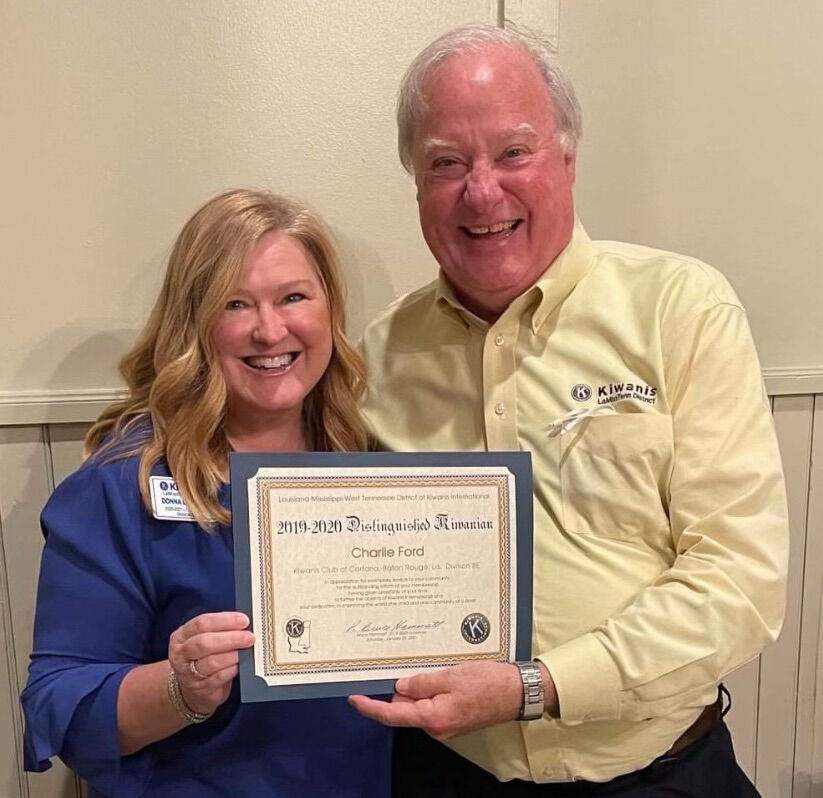 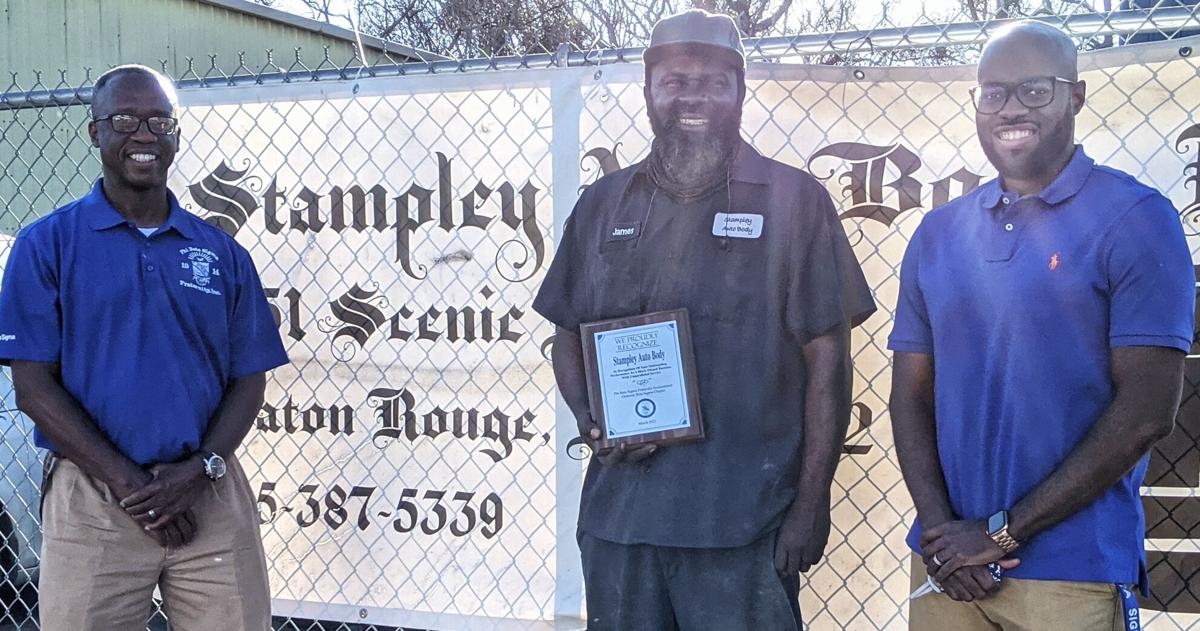 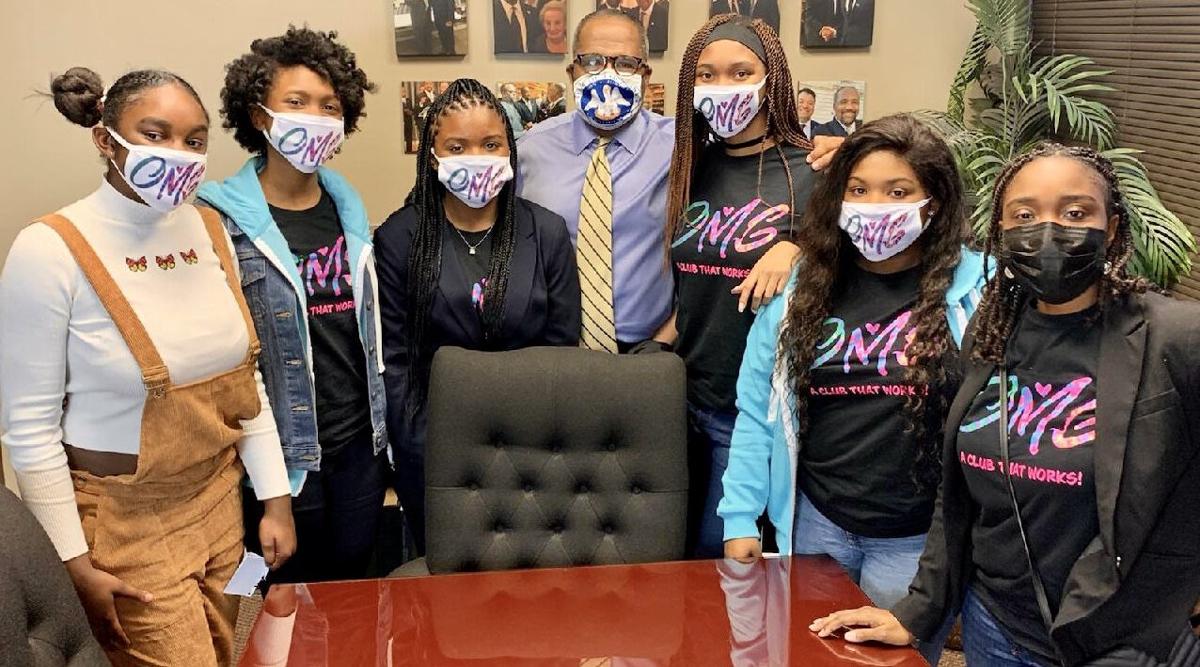 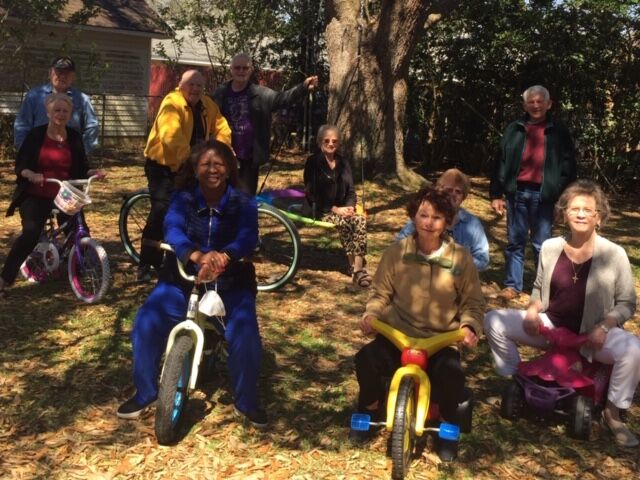 Altrusa -- Altrusa Club members Jackie Robbins, left, and Amy Drago deliver Bags of Love filled with women's personal care items for the the St. Vincent de Paul programs as part of a service project of Altrusa and the AURORA organization at The Dufrocq School.

The Louisiana Agriculture Hall of Distinction inducted three new members during a ceremony March 4 at the L’Auberge Hotel in Baton Rouge.

The new inductees are former Louisiana Farm Bureau Federation President Ronnie Anderson, of Ethel; sugar cane farmer John Gay, of Plaquemine; and Paul “Jackie” Loewer, of Branch, a rice farmer who has been a strong advocate for the rice industry in state and national organizations.

A joint effort of the LSU AgCenter, Louisiana Radio Network, Louisiana Farm Bureau Federation and Louisiana Department of Agriculture and Forestry, the Louisiana Agriculture Hall of Distinction honors individuals who have made significant contributions to agriculture or agriculture-related industries.

Anderson, who has the longest-serving tenure as president of Farm Bureau, doubled the organization's membership, going from just more than 60,000 family memberships to nearly 150,000 during his tenure.

Anderson started his agricultural career as a dairy farmer and transitioned to beef cattle. He has a herd of about 400 cattle, and he raises horses, hay and timber in East Feliciana and West Feliciana parishes.

“If you look at the people that have been inducted before, it’s a real honor to be part of that group,” Anderson said. “And I’m proud of that accomplishment.”

For more than 200 years, descendants of the Gay family have been producing sugar cane just south of Plaquemine in Iberville Parish. Twice the Gay family farm, St. Louis Planting, exceeded sugar recovery of more than 11,000 pounds per acre, a number that once seemed unreachable.

“They were handing out certificates and rankings, and in the larger farm category, the farmer won with 5,800 pounds of sugar per acre,” said Gay, a seventh generation farmer. “We’ve just about doubled that now. And once again, it’s all these efforts on the parts of all those people that made it happen.”

Loewer is known for producing high-yielding rice crops and for his many leadership roles in promoting rice production in Louisiana and the United States. He served for 26 years on the Louisiana Rice Research Board, including 12 terms as chairman. He is also one of a few Louisianians to be named chairman of the USA Rice Federation.

“I wanted to be at the table,” Loewer said. “They always say the best way to make sure you’re at a meeting is to be the one to call the meeting. And not that I had to call every meeting, but to be involved. We know the world is run by people that show up. I wanted to show up.”

Rebecca Hamilton, assistant secretary of the Office of the State Library, spoke on Feb. 22 to Altrusa International of Baton Rouge in a Zoom meeting.

Lynn Nettles, Altrusa’s Inter-Civic Council representative, said the 80th Golden Deeds Banquet, which will honor an outstanding citizen who performs volunteer service to the community, will be held Nov. 9 at the Marriott Baton Rouge on Hilton Avenue. The award recipient will be chosen in October.

Nettles also reported on the AURORA Club’s service project, designing and printing Bags of Love tote bags filled with women’s personal care items for women in the St. Vincent de Paul programs and other women as needed. AURORA is a girls' service organization cosponsored by The Dufrocq School and Altrusa.

President Amy Drago said Altrusa members recently prepared spaghetti, meatballs, salad and rolls for over 43 people at the St. Vincent de Paul Sweet Dreams Center. The club voted to cook meals for the residents of the center on a quarterly basis.

Drago and Patience Travasos were elected delegates to the annual District Four Conference set for June in Kingsport, Tennessee. For information on Altrusa, contact Nettles, (225) 752-9246, or Marti Didier, (225) 939-0460.

Steven M. Mayeux spoke about gunboats on the Red River to the Baton Rouge Civil War Round Table on Feb. 18.

He pointed out the importance of Fort DeRussy, a major Confederate fortification that played a critical role in the defense of the lower Red River during the final stages of the Civil War. The Red River Campaign was the Union's largest combined army and navy operation of the war and was one of the Confederacy's last major victories.

The treasurer's report included money dedicated to the club scholarship and money raised by the recent flower seed and bulb fundraiser. The club paid its annual donations to 12 nonprofits.

Several committee chairmen gave reports, including Sylvia Schwarzenbach, who helped Baton Rouge Soldier Outreach pack donations for troops; Debbie Harris, who reported on the joint project with Boy Scouts to build Little Libraries; and Pat Quartararo, who explained efforts to clone and mate a black-footed ferret in hopes of saving the species from extinction.

Plans for the District 6 meeting to be held March 17 were discussed by District President Gynne Klimavicz.

Guests were her daughter, Stephanie Heyward, and granddaughter Toni Rose. Brewer, who has been a Beta Sigma Phi member since 1985, currently serves as chapter president.

The chapter also supported St. Vincent de Paul shelters by donating personal items and blankets to the shelters in February.

The award, presented by Division 8E Lt. Gov. Donna Leggett, is bestowed by Kiwanis International "for exemplary service to your community, for the outstanding efforts of your membership, having given unselfishly of your time to further the objects of Kiwanis International, and your dedication to improving the world one child and one community at a time."

LSU mechanical engineering Professor Manas Gartia has won the National Science Foundation CAREER Award for his project, “Multimodal Approach for Label-Free Imaging of Lipidomic Changes in Brain,” which seeks to establish a method to image lipids, or fatty acids, in brain cells and tissues.

Gartia is investigating whether Alzheimer’s Disease is associated with an altered lipid distribution in the brain. This knowledge could lead to new therapeutics and/or diets targeting specific lipids in the brain to improve the outcome in Alzheimer’s patients.

The award is for $500,005 over the next five years. Gartia is collaborating on the project with Professor Joseph Francis, LSU School of Veterinary Medicine, and Kermit Murray, LSU Department of Chemistry. He also worked on the award proposal with his graduate students Ardalan Chaichi, Alisha Prasad, Nishir Mehta, Abid Hassan and Sushant Sahu, who is now a chemistry instructor and researcher at the University of Louisiana at Lafayette.

With the award, Gartia will integrate his research objectives with educational ones. He will partner with the Louisiana Art & Science Museum to participate in its Engineering Day program and work with area middle and high school students through LSU’s ENGage program. Additionally, he will involve underrepresented and minority students in the research by recruiting them through a partnership with the LSU Office of Strategic Initiatives, Kenilworth Science and Technology School and East Baton Rouge Public Schools. Gartia will also recruit a student from Baton Rouge Community College.

LSU student Kevin Folivi has been chosen as the first recipient of the Herb Society of America Baton Rouge Unit's garden internship grant.

Folivi is a senior in biological sciences, with a strong interest in nutritional science. He will be applying to graduate school for next year.

The internship program was started to help the society develop its public gardens: the Heritage Herb Garden at LSU AgCenter Botanical Gardens at Burden and the Sensory Garden at the Botanic Gardens at Independence Park.

The $1,500 grant is intended to be a professional step for university students interested in a career in horticulture, botany, herb plant research or medical uses of herbs. Herb Society membership is also a benefit of the internship.

Folivi will be involved in garden design and planning, plant selection and labeling, and will conduct tours of the gardens to help visitors understand the purpose of each garden, why specific plants were chosen, how they are used, grown and harvested. The intern will work closely with Herb Society members who plant and maintain the gardens.

With no Mardi Gras balls or parades this year, the Krewe of Southdowns found a new way to celebrate.