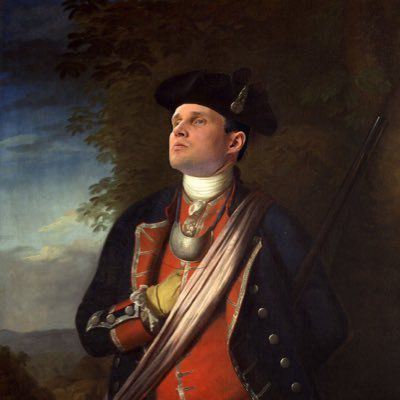 The Twitter photo on the account @WadeGeneral is an image of Will Wade's face photoshopped onto a depiction of George Washington in military uniform. It was created by former student manager Tommy Kuluz. 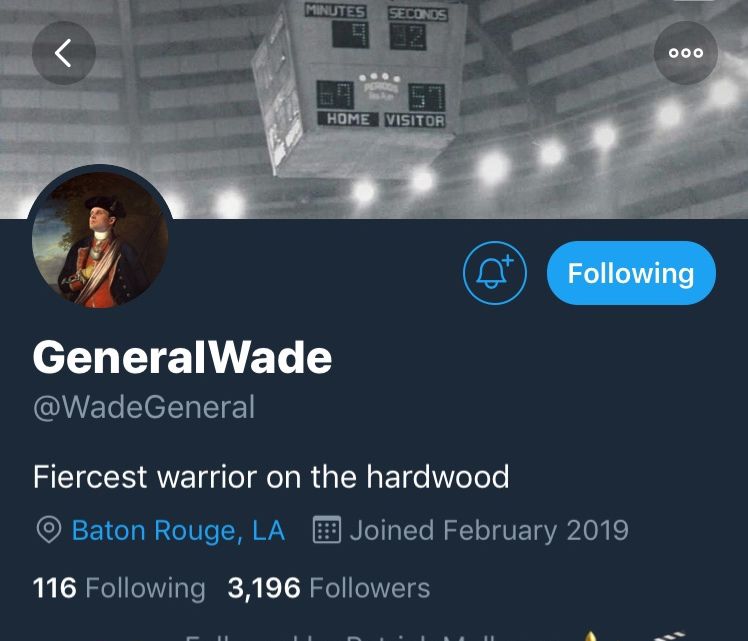 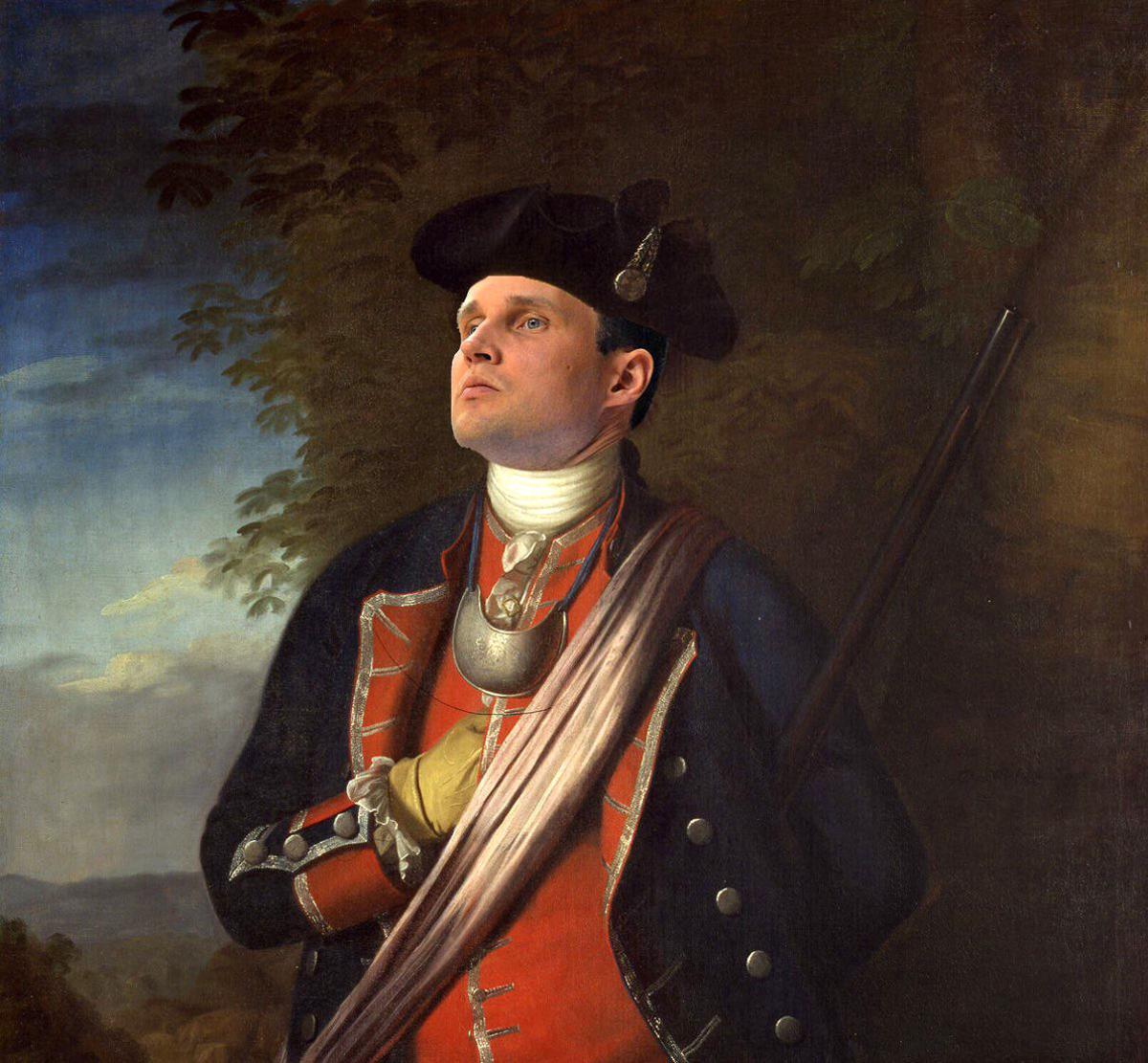 With Will Wade's face Photoshopped onto an image of George Washington, GeneralWade is becoming a popular Twitter account among LSU basketball fans.

The Twitter photo on the account @WadeGeneral is an image of Will Wade's face photoshopped onto a depiction of George Washington in military uniform. It was created by former student manager Tommy Kuluz.

With Will Wade's face Photoshopped onto an image of George Washington, GeneralWade is becoming a popular Twitter account among LSU basketball fans.

Since mid-February, LSU men's basketball coach Will Wade has had a unique online alter ego. Needless to say, the Twitter persona is not happy this week.

GeneralWade, an account that envisions Wade as a modern-day George Washington of the hardwood, is taking the coach's suspension as badly as many Tiger supporters are.

On Saturday, after LSU's win over Vanderbilt to clinch the Southeastern Conference championship, GeneralWade (@WadeGeneral) tweeted:

I’m in a cell in the underground tunnels of LSU, I was awoken to the thunderous roar of the PMAC. The nets have come down and one of the goals of my battalion has been achieved. President King brought me cold gumbo, Alleva won’t look me in the eyes. #bootup

Its author is a late-30s Acadiana native who graduated from LSU and the LSU Health Sciences Center in New Orleans and now lives in Texas. For now, he prefers to remain incognito, fearing it will mess up the Tigers’ mojo if he reveals himself.

“I’m a very superstitious guy," he said in a phone interview, "and I have a feeling this team is just getting started.”

He created the GeneralWade Twitter account on Feb. 13, one day after LSU scored a 73-71 road victory over then fifth-ranked Kentucky.

Written as notes the general makes to his journal, letters home to "Mother" and encouragements to Tiger fans, the account has picked up more than 3,000 followers.

The GeneralWade persona got started, he said, because former student manager Tommy Kuluz Photoshopped Wade’s face onto a depiction of Washington in military uniform and used it on his Twitter account. The GeneralWade author saw it and found inspiration.

"After we won that game — and it’s been a while since we’ve won in Kentucky — I called one of my buddies and said, ‘Gen. Wade, he needs a voice,’” he said. “He’s like, ‘Make a Twitter account.’ So, I did. I posted one thing, and at the end of the day, I think I had 300 followers. I was, like, ‘Well, apparently people want to hear what he has to say.’ So, I continued to write one or two daily posts in hopes that it draws more fans to LSU basketball.”

The format of the posts is inspired by the @CaptAndrewLuck Twitter account dedicated to the Indianapolis Colts quarterback, who is Photoshopped into a Union Civil War uniform.

@GeneralWade posts imaginary messages a transported Wade would send from the battlefield, such as this one after the 82-80 overtime victory over then-No. 5 Tennessee in the Pete Maravich Assembly Center.

News traveled quickly and the PMAC was filled to capacity for the skirmish with Private Barnes and the Vols. I received word early that Captain Waters had dysentery. I looked at Lt. Smart and said it’s your time son. He #bootup his stallion and we rode to victory.

That, of course, was in those heady days before multiple national media outlets reported that FBI wiretaps of a sports agent have conversations in which Wade discusses a "big ... offer" to a player presumed to be LSU freshman guard Javonte Smart. When Wade declined to discuss the situation with his bosses, Athletic Director Joe Alleva suspended Wade indefinitely, causing him to miss the championship game.

I refused to meet with President Alleva and Secretary King. What a bunch of pansies. They mentioned phone calls and pressure. We are an institution built on fighting Tigers. Pressure is where we prevail. I have been placed in the brig....a coup is in order.

On Monday, the general made this posting:

I’ve been rationing the boudin a janitor snuck in for me. My counsel has visiting hours today and I expect a plan of action. I discourage anyone for doubting our future. Nashville is an exercise for the march to madness. My men have been waiting for this.

The general’s followers — whose numbers have grown by 50 percent since Wade's suspension — love it.

“I would go to war and die for @GeneralWade,” commented Mike Simmons.

Kevin Payne wrote, “Stand tall General! Your troops have represented you well and we will all stand behind you!! #Bootup." Susan Brignac added, “Hold fast good sir! Hold fast.”

“I think it’s hilarious, in that I’m not even sure if some of the folks believe that this is actually Wade’s Twitter account,” the author said.

The author hasn’t watched a home game since 2000 but plans to attend an NCAA regional game and later rounds if the Tigers make it that far.

“I believe in Will Wade,” he said.

Rabalais: On a Will Wade-less championship night, a strange scene at LSU's Maravich Center

There was never anything like this at LSU, was there?