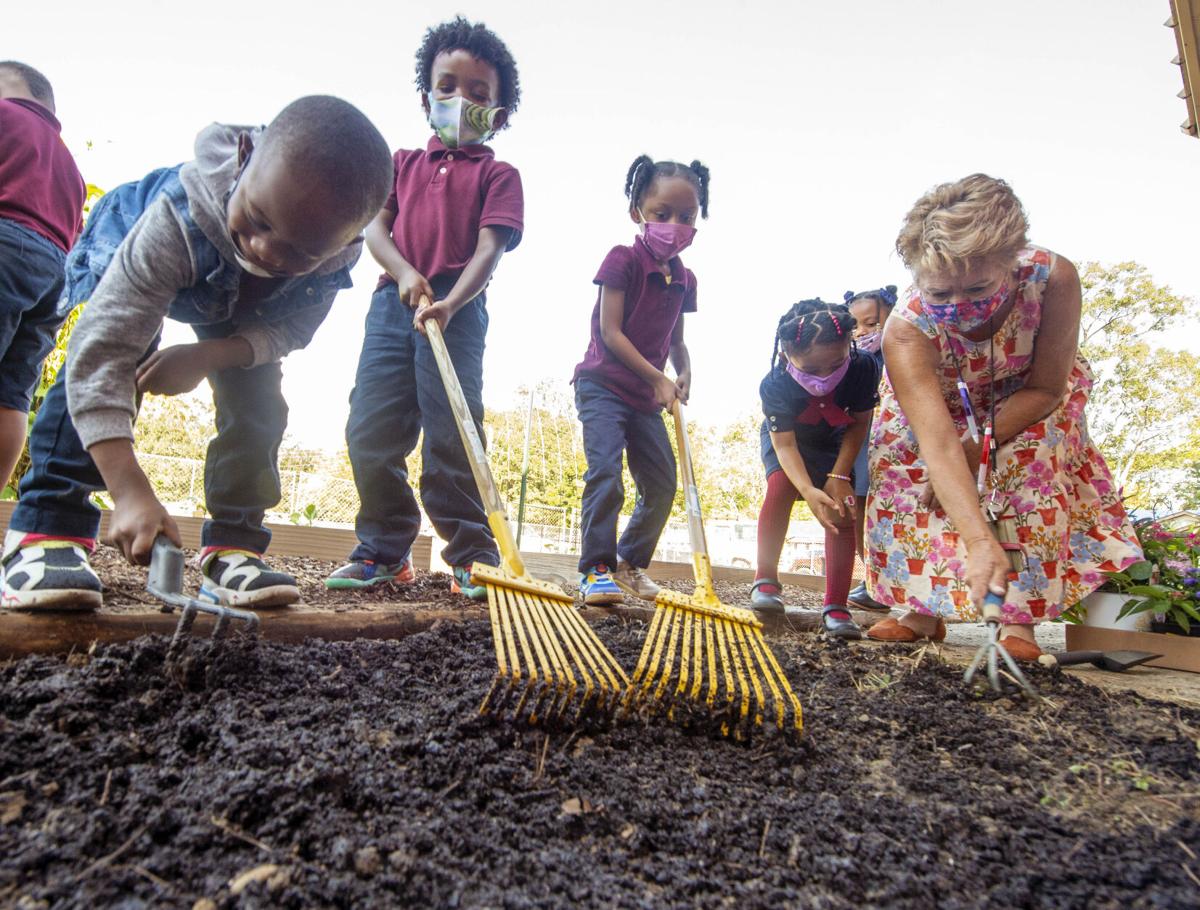 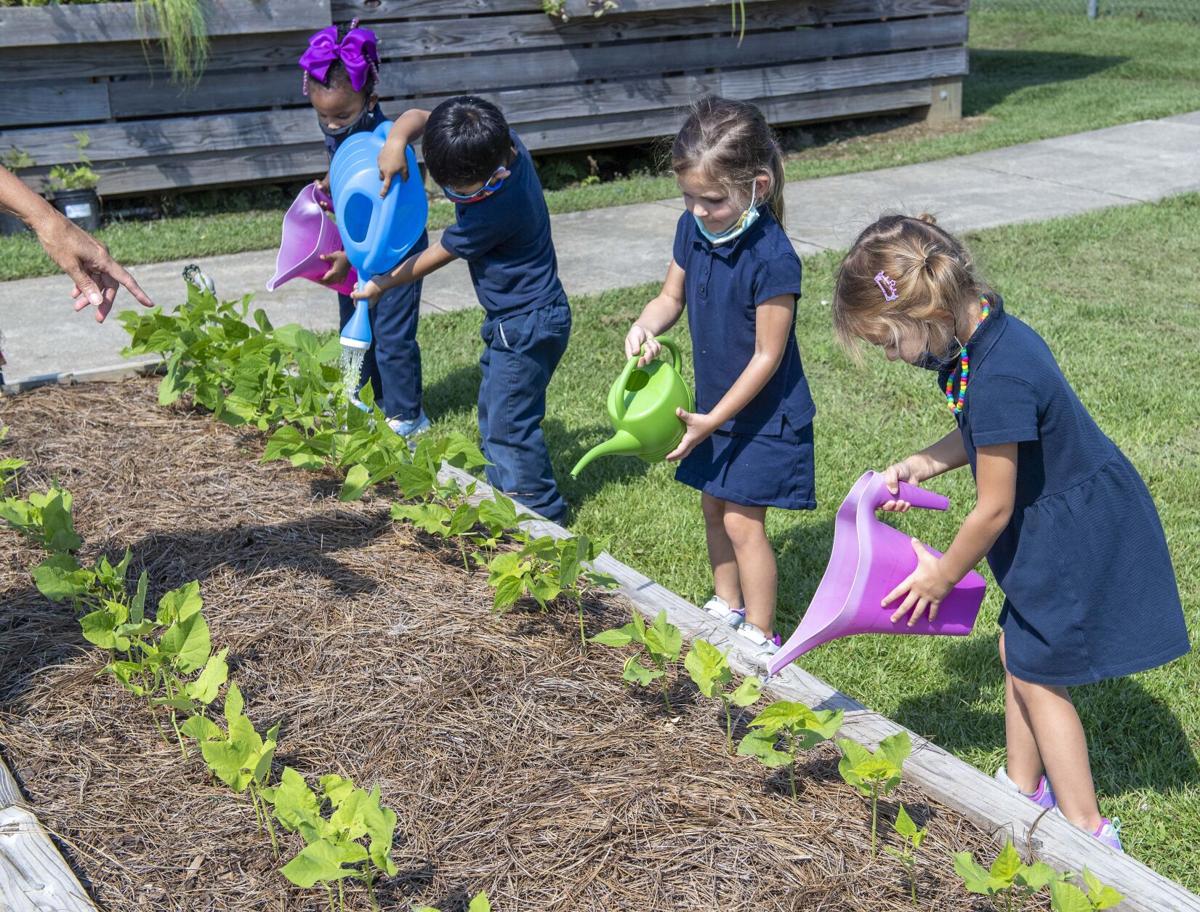 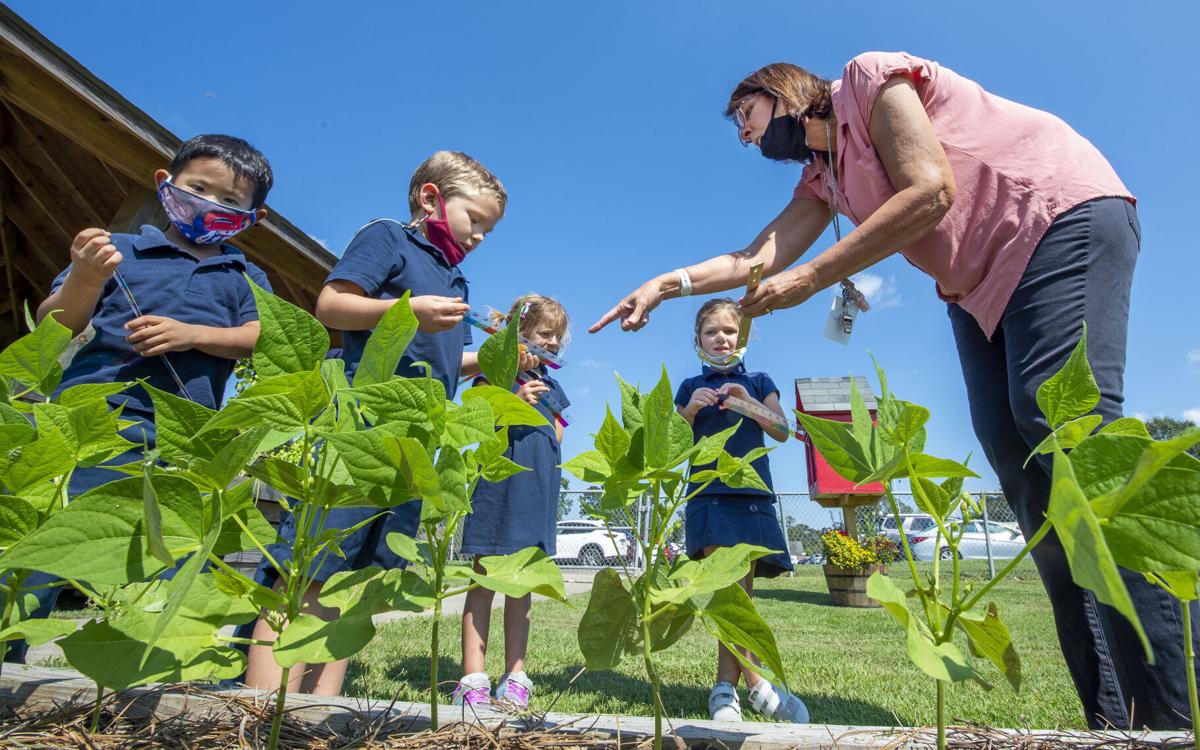 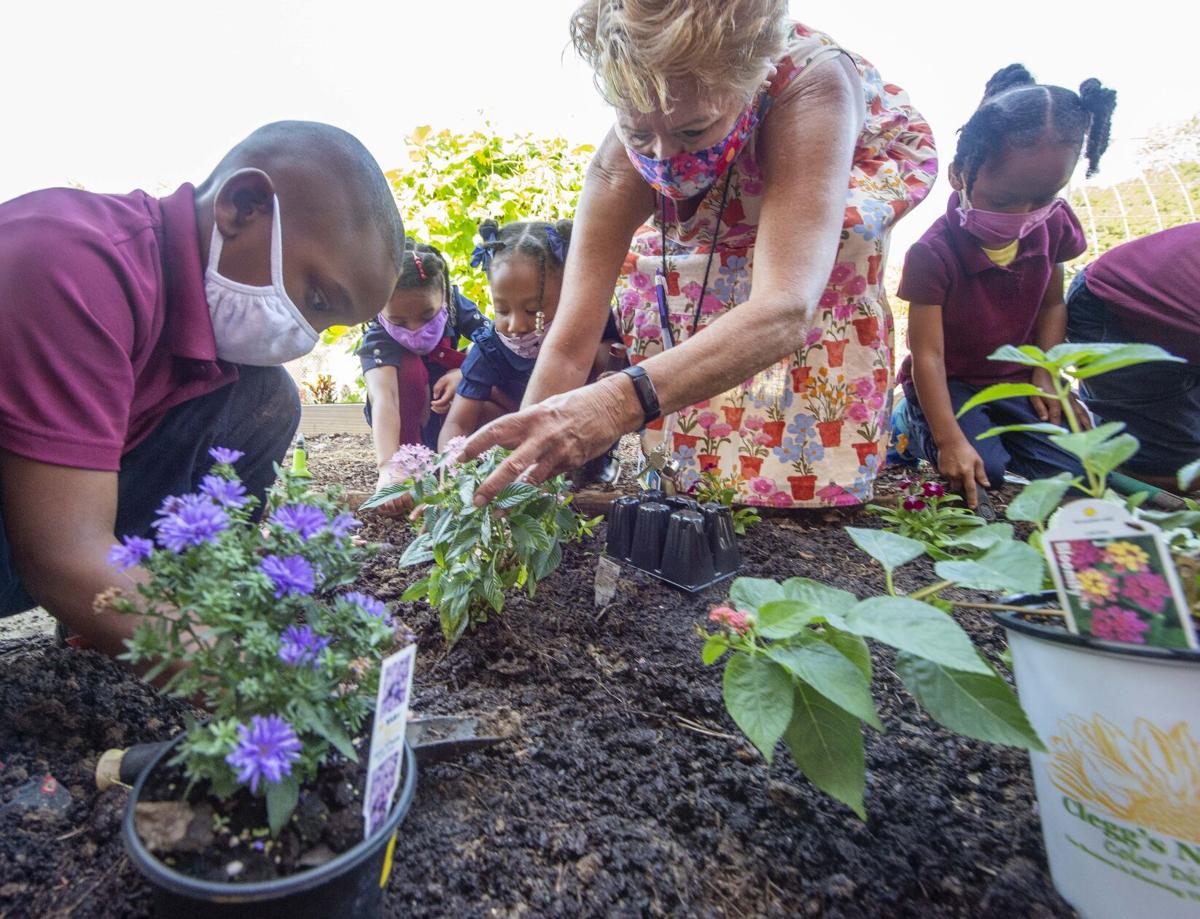 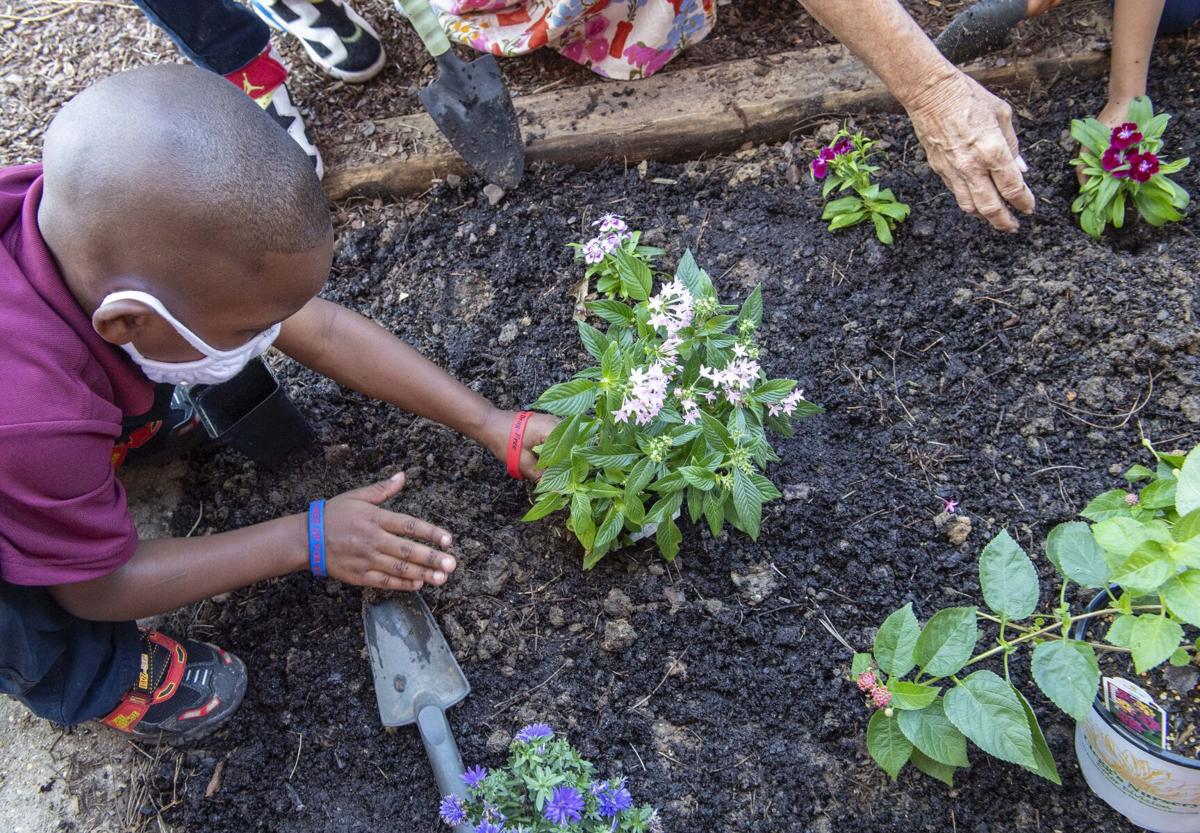 Jonah Williams tamps down the soil around the flower he planted in the garden at Belfair Montessori Magnet School. 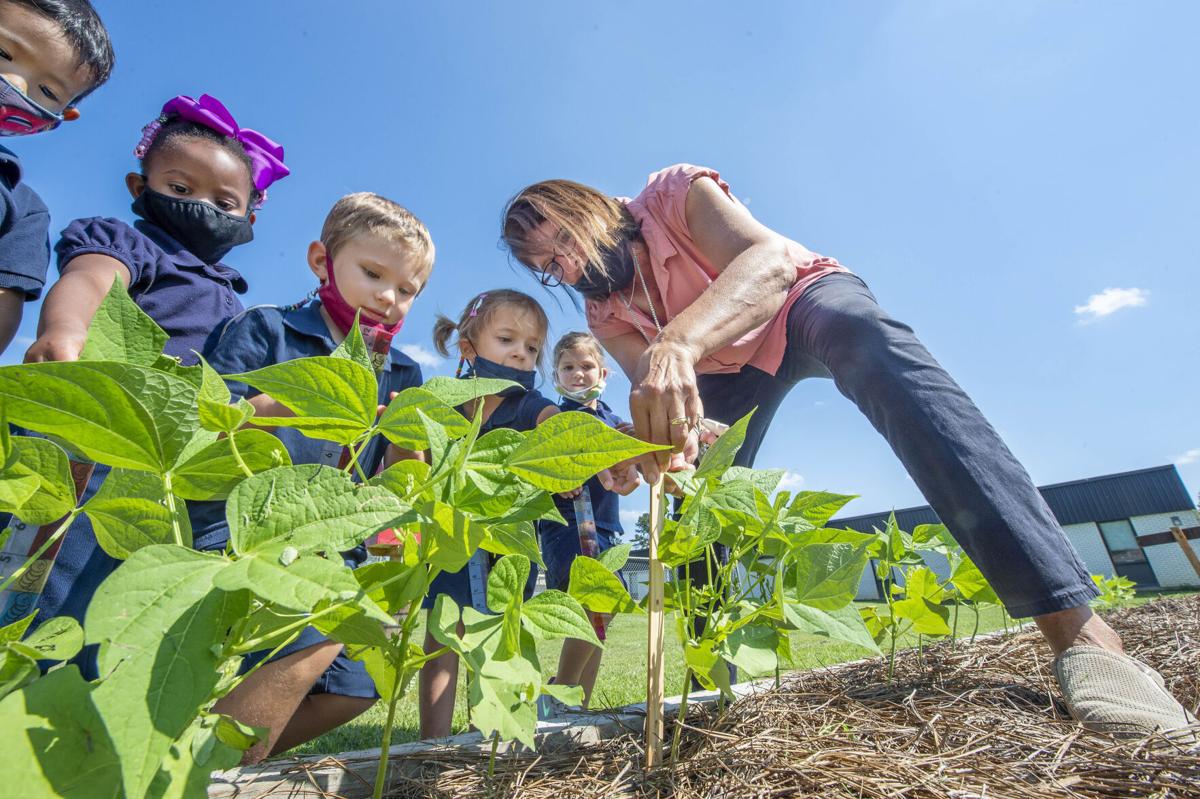 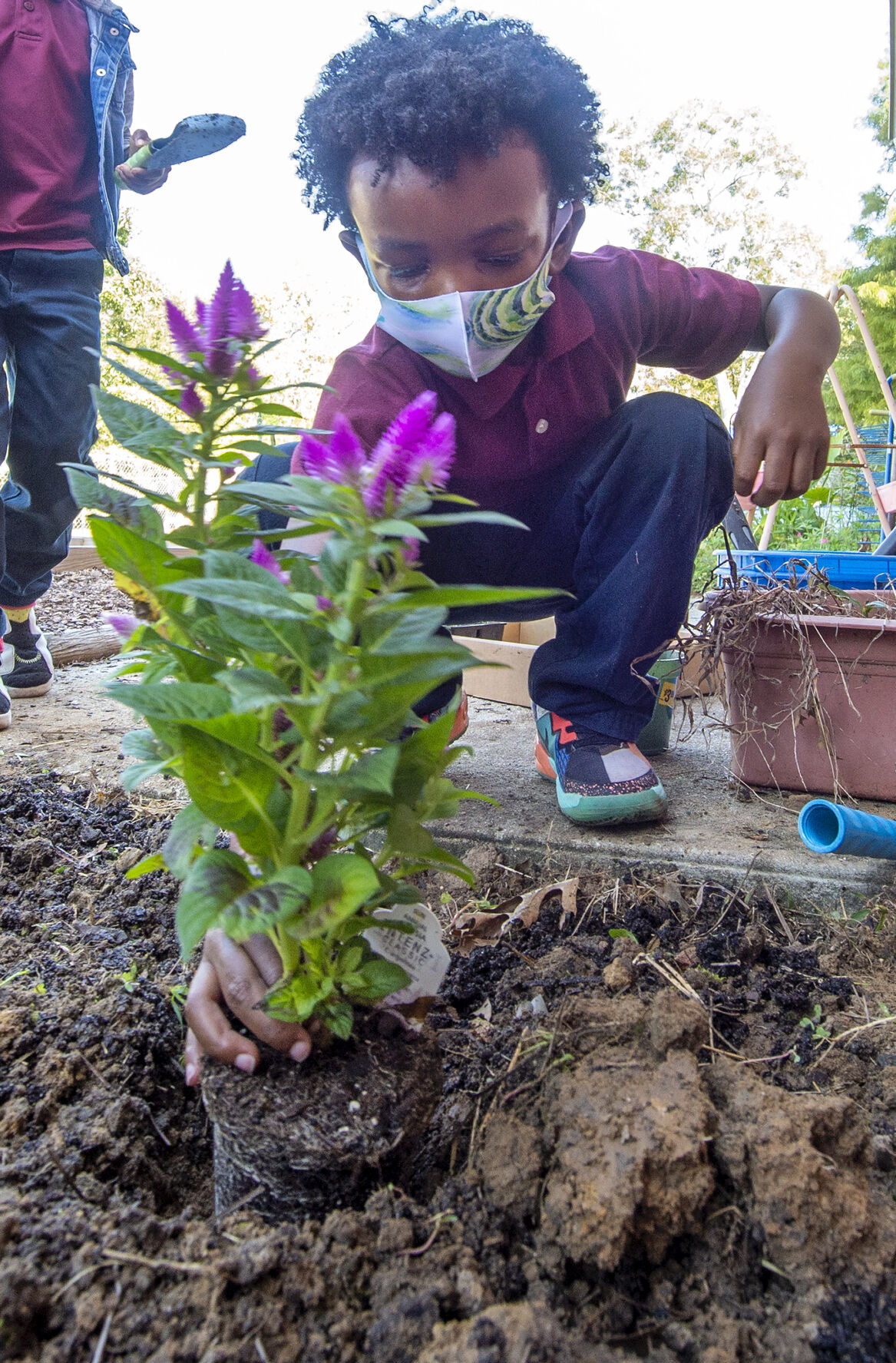 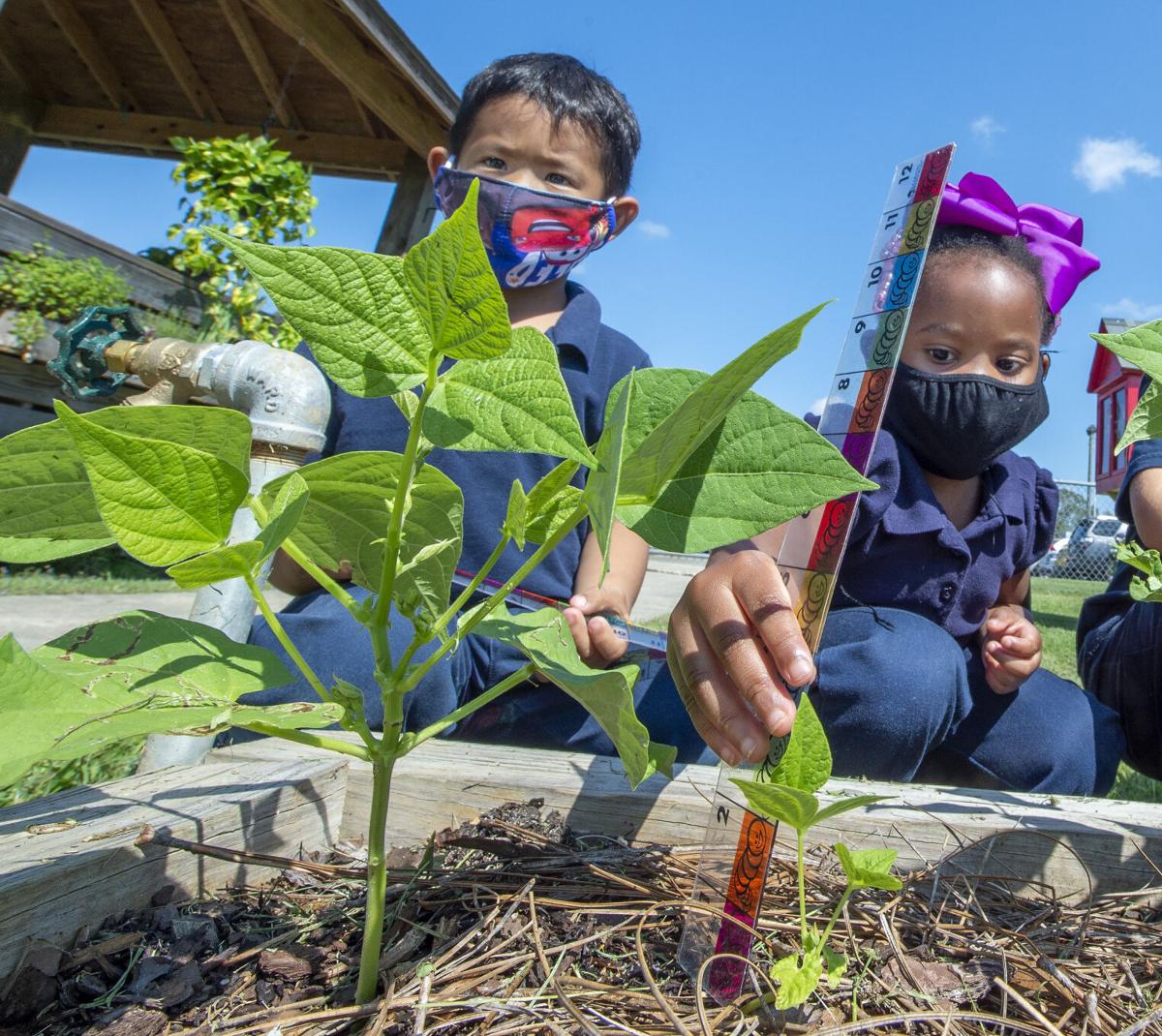 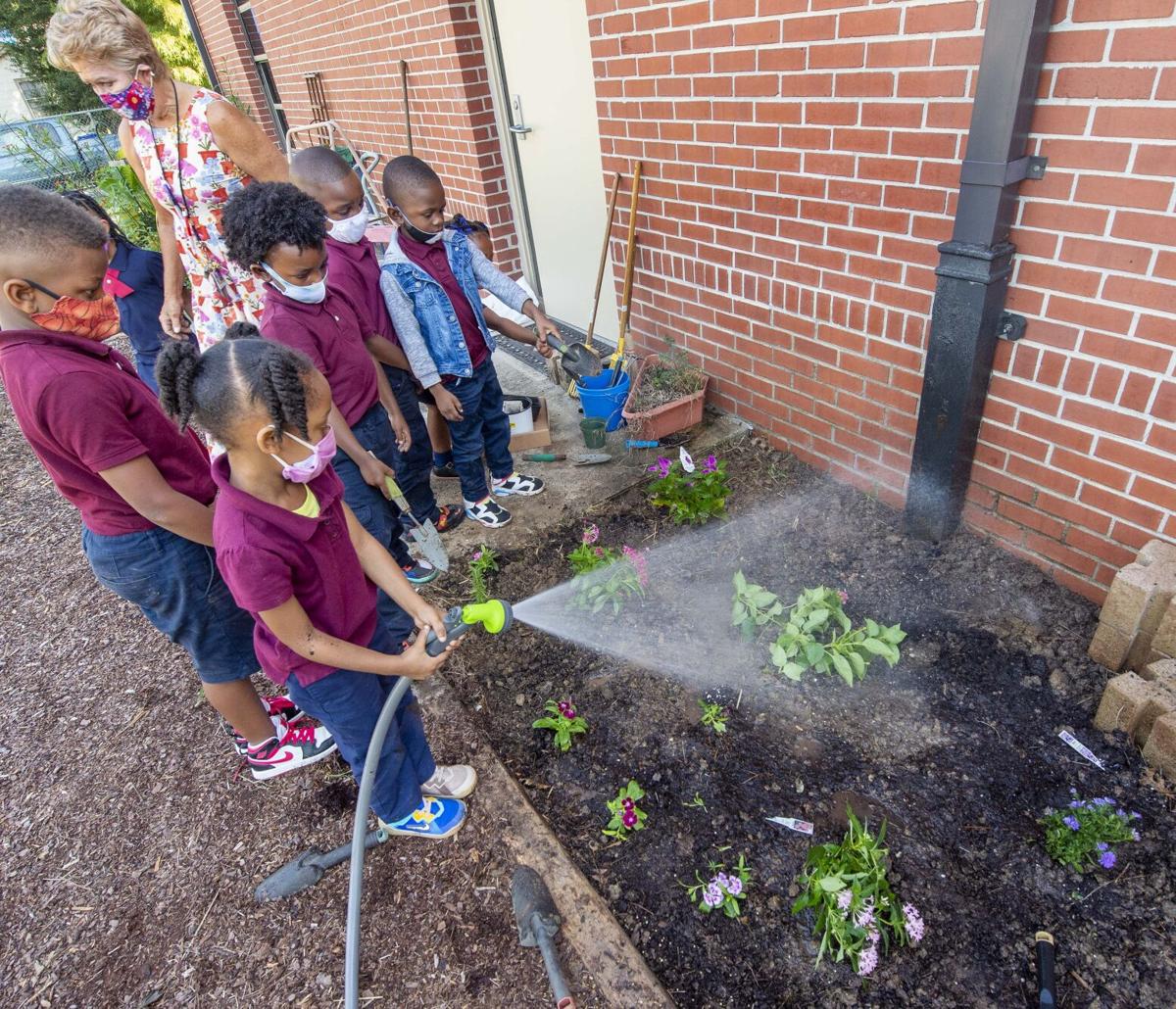 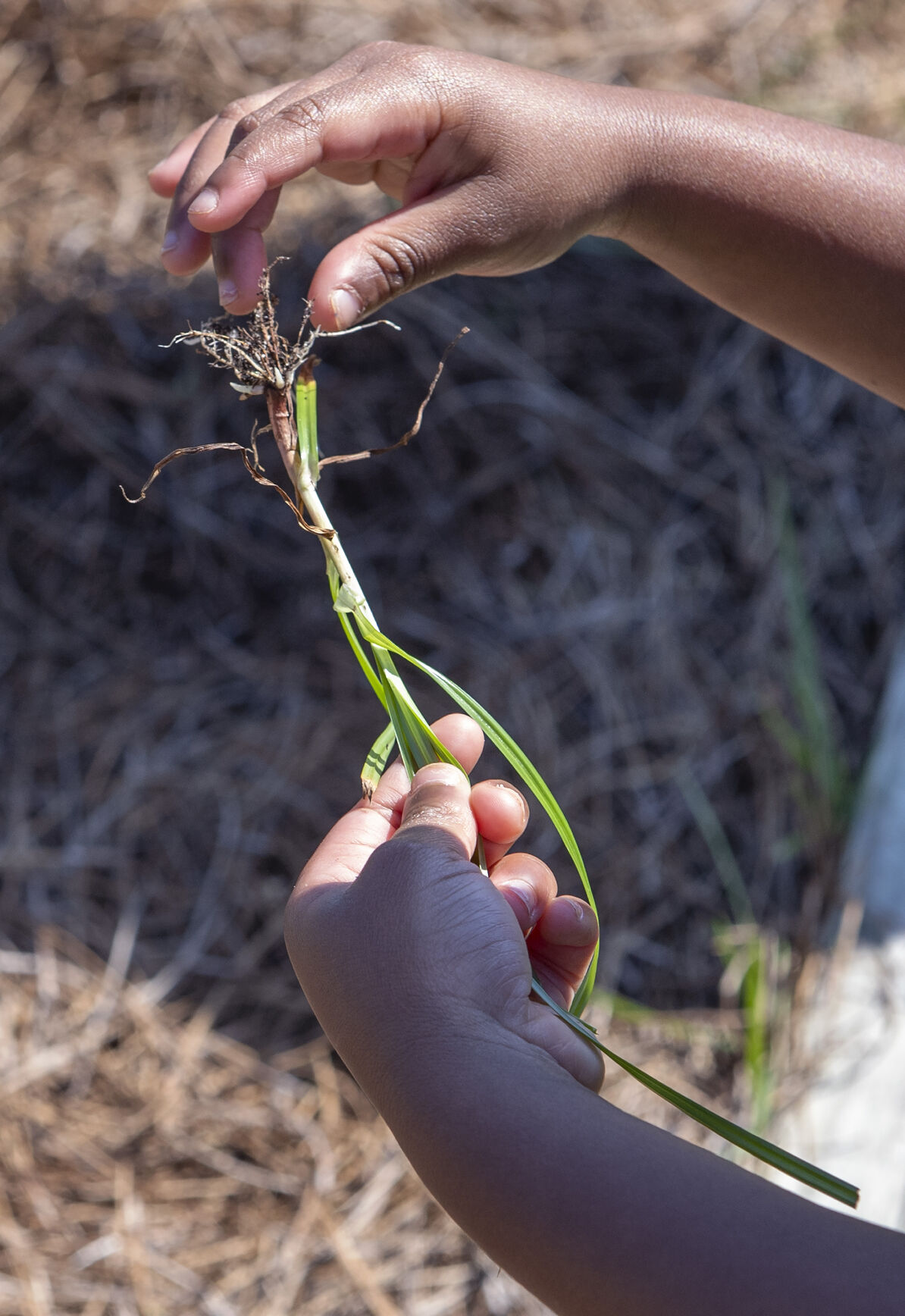 Student Iman Wilcox checks out the roots of a weed she pulled from the garden Shenandoah Elementary School.

Jonah Williams tamps down the soil around the flower he planted in the garden at Belfair Montessori Magnet School.

Student Iman Wilcox checks out the roots of a weed she pulled from the garden Shenandoah Elementary School.

As education gets more and more high-tech, several local schools have gone back to basics. And it doesn’t get more basic than dirt.

School gardens are becoming a growing feature of elementary and middle schools, thanks in part to East Baton Rouge Master Gardeners, who have encouraged schools to expand existing gardens and create new ones to enhance education.

About 20 schools in the parish are actively using gardens for this purpose, said Susan Teddlie, who chairs Master Gardeners' School Gardens Committee.

“Gardens can be an absolutely fabulous learning lab where teachers can actually take core lessons like math and science and apply them in a class in a way that kids are actually engaged,” Teddlie said. “They’re actually teaching, but in a garden.”

Alisha Parker and her husband, Stephen Broussard, are a rarity at the Capital Area Court Appointed Special Advocates Association.

The teaching involves more than obvious subjects like biology. Teachers use the garden to turn subjects like math into something real rather than theoretical.

“We talk about getting a yardstick … and marking where we’re going to plant the seeds and how deep to make the hole for it,” said Laurie Castilaw, pre-kindergarten teacher at Shenandoah Elementary School. “I think the upper grades actually … do the measurements and do the area and figure out how much soil (is needed). I know a second grade class did an erosion lesson out there. They used a hose and a blower to show how erosion works out there. For us, it’s mostly just measuring and comparing.

“We count how many seeds we can plant together, and if we do two rows, how many of that can we do together. It’s pretty simple, but for them, it’s math.”

They say a picture is worth a thousand words. But sometimes, even the photographer knows actual words are needed.

Some schools have had gardens for years, but for others, it is relatively new.

Four years ago, the Master Gardeners School Gardens Committee started giving out packs of seeds in the fall and spring and held twice-yearly workshops to teach schools how they could incorporate gardens more fully into education.

National organizations have developed lessons that teachers can use in a variety of subjects, Teddlie said. Master Gardeners members offer advice, especially for teachers who aren’t experienced gardeners.

The planning and tending are part of the students' lessons. They learn about helpful and harmful insects, the necessity of weeding and the impact of weather on plant growth. Many of the gardens also have ornamental sections, which bring other insects that students get to study.

COVID vaccine debate making you angry? Here are 5 ways to get past it

As a nation, we are angry.

“Last year, we saw two butterflies that had torn their way out of the chrysalises and were slowly flapping their wings to dry them,” said Pamela Autrey, who teaches at Belfair Montessori School. “The children got to see that up close, and they were just freaked out about that.”

At the most fundamental level, they learn that food doesn’t come from the grocery store.

“Eye-opening,” said Belfair Principal Jamar Jackson. “A lot of them have never seen a garden before.”

They have, however, seen vegetables, and many of the younger ones refuse to eat them in the school lunchroom, Castilaw said. That changes when they grow the vegetables themselves.

When 49 Afghan refugees arrive in Baton Rouge in the coming days, Catholic Charities hopes people will be ready to welcome them.

“We harvested lettuce last year, and when we had a chicken sandwich, they all wanted to put the lettuce that they picked on their sandwich, which they never eat the salad that we have,” she said.

Schools that have gardens vary as to how extensively they’re used. Castilaw understands why some teachers are hesitant, but she hopes more will take advantage of what gardens have to offer.

“Teachers will tell you they don’t feel they have the time,” she said. “Part of it is they don’t have the understanding that you can teach so much out there. Educating them also is something I’ve been interested in because it’s easy to utilize.”

When Oscar Shoenfelt III was diagnosed with a life-threatening heart condition in 2017, he decided to write about his life so his grandchildre…