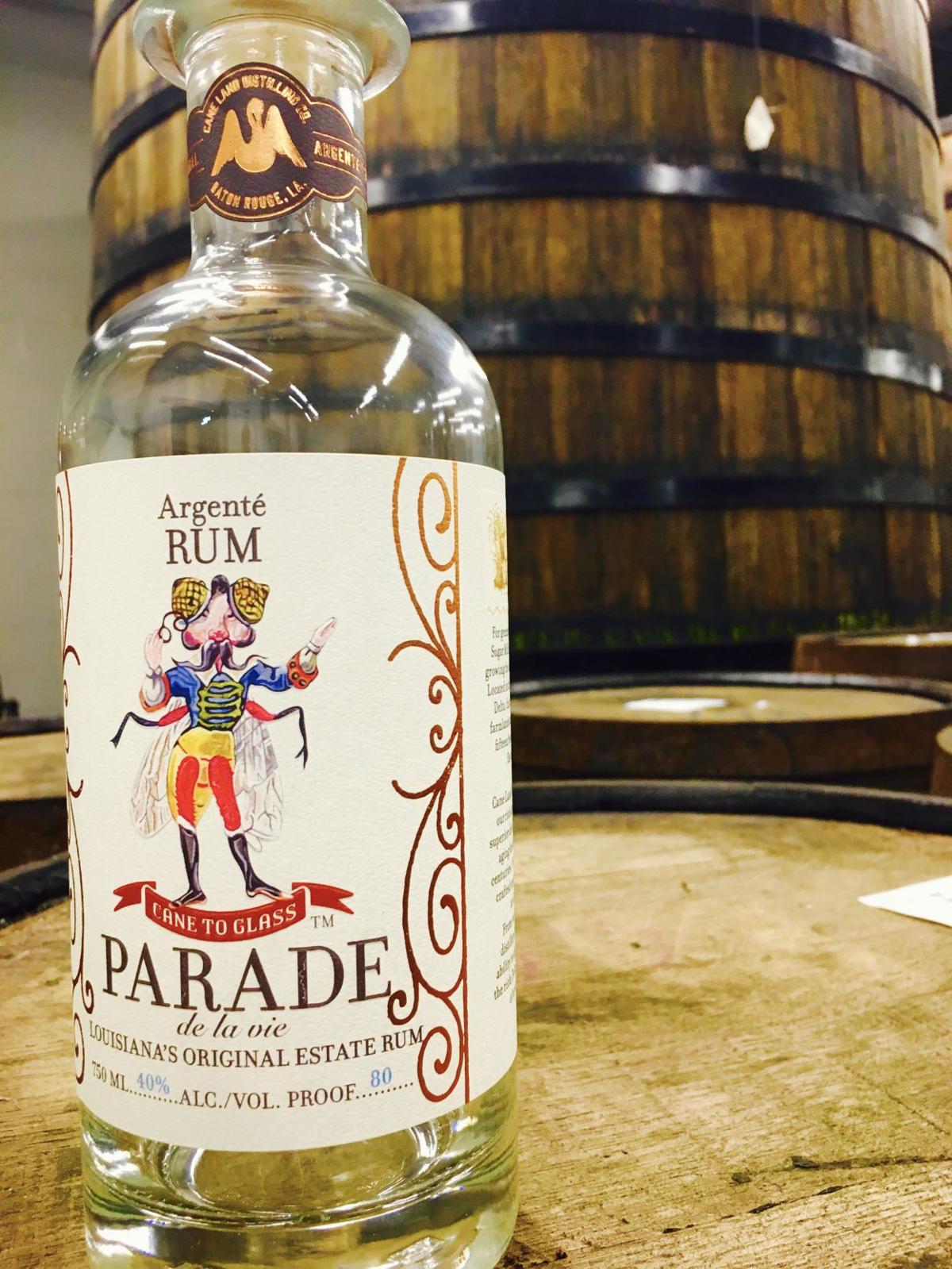 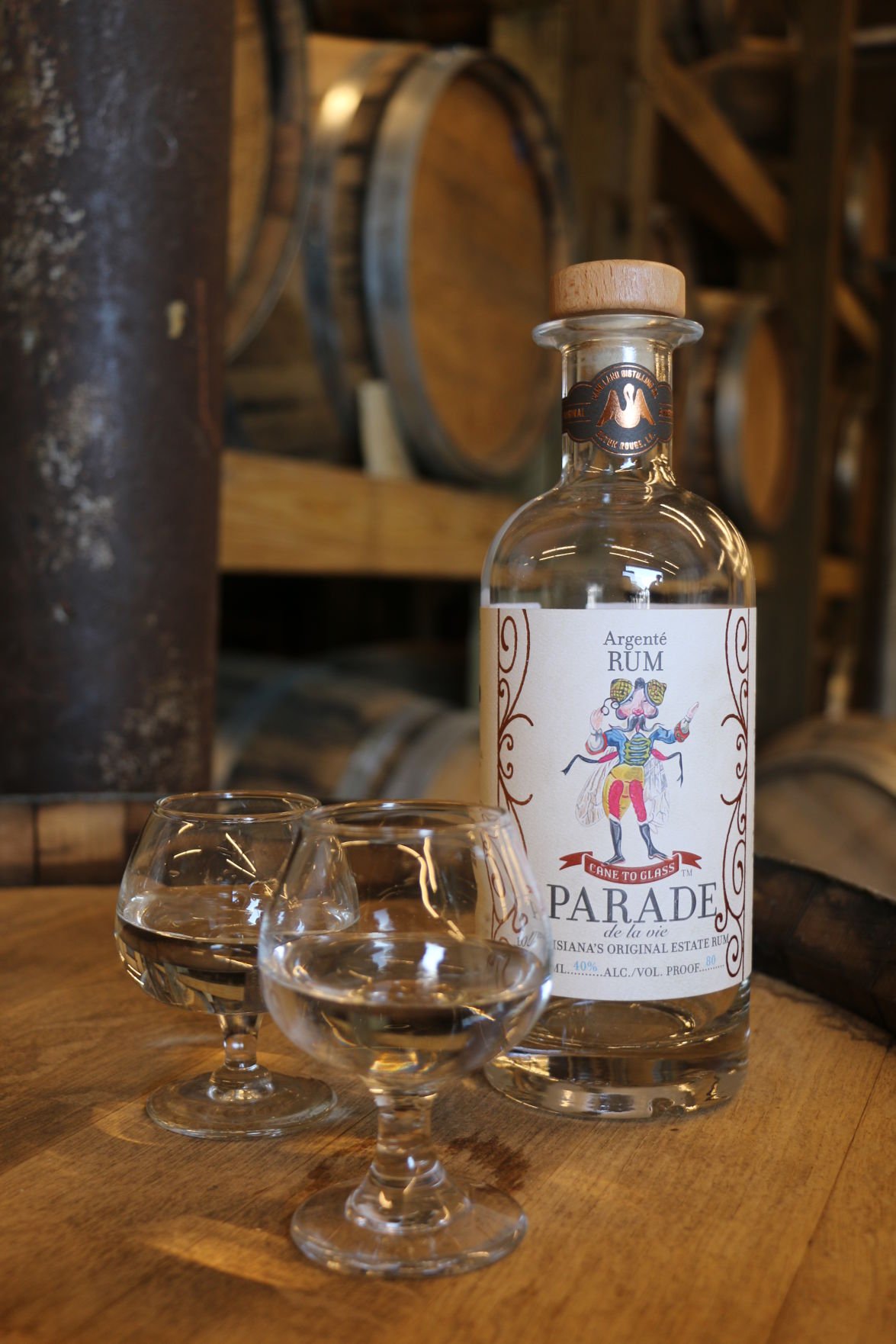 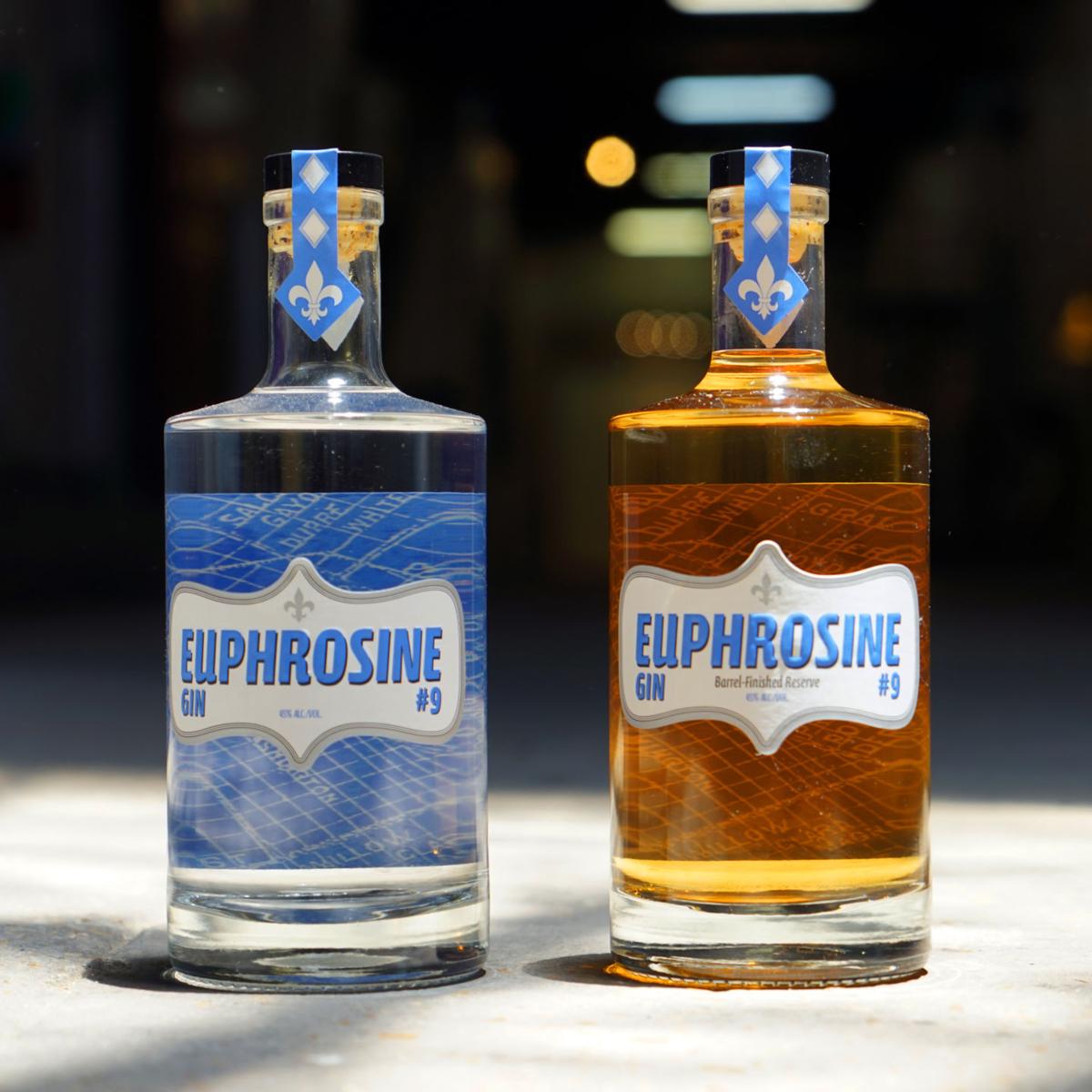 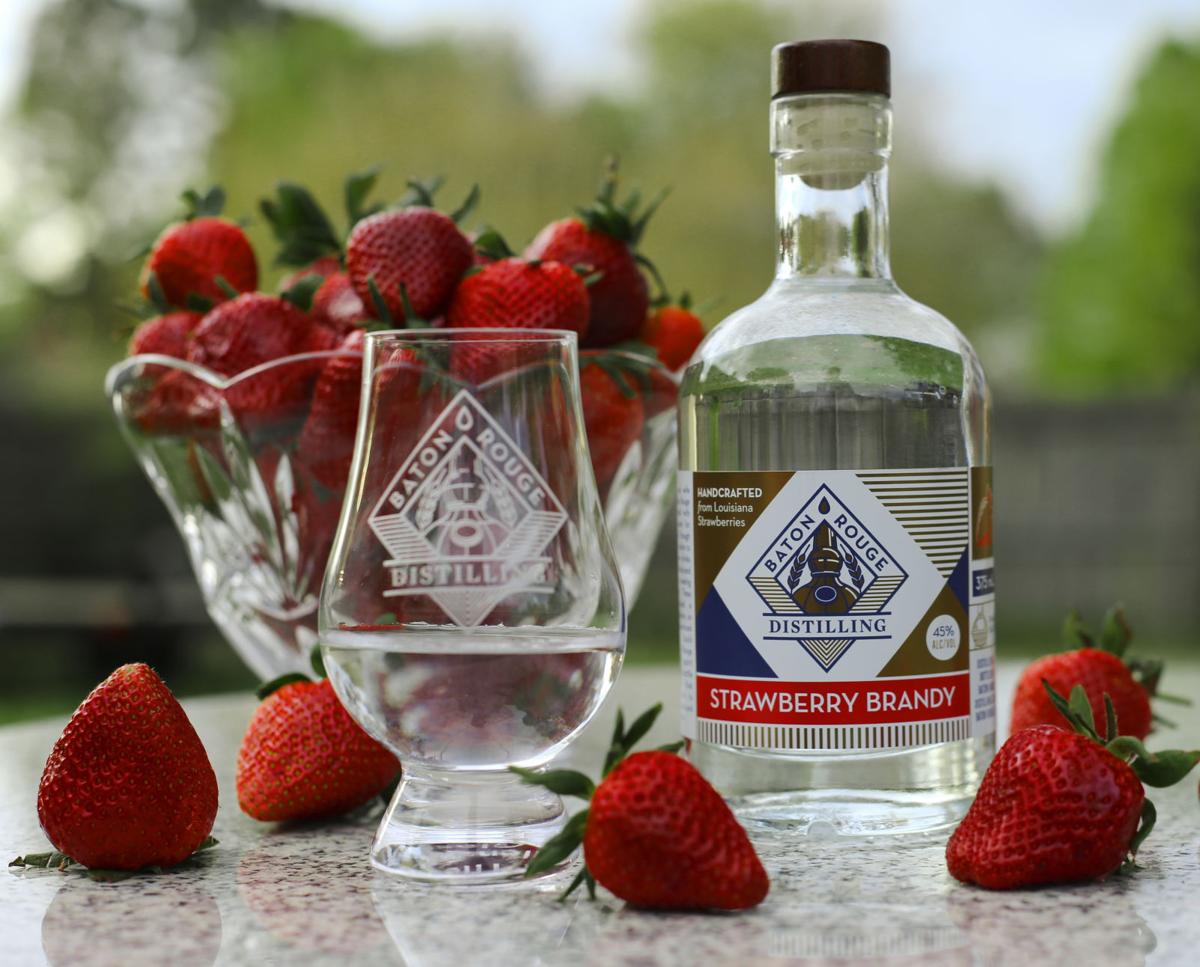 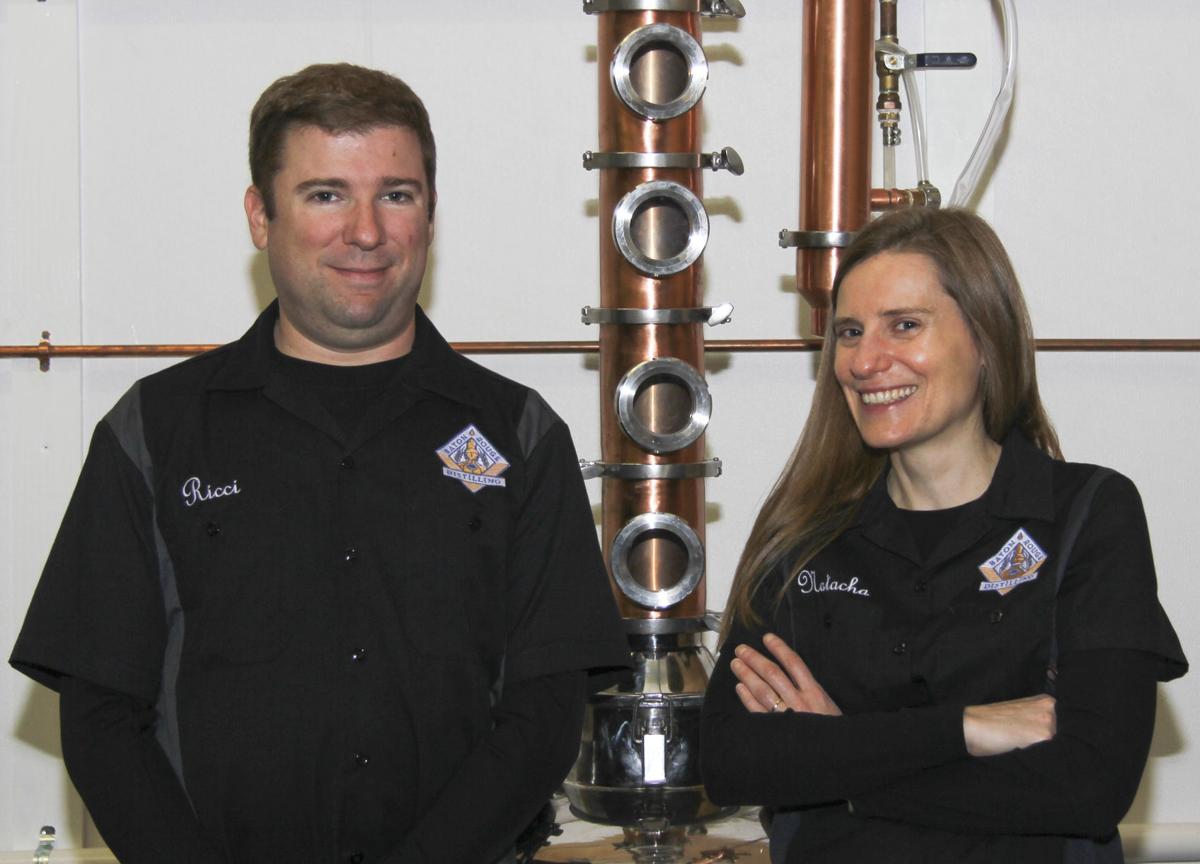 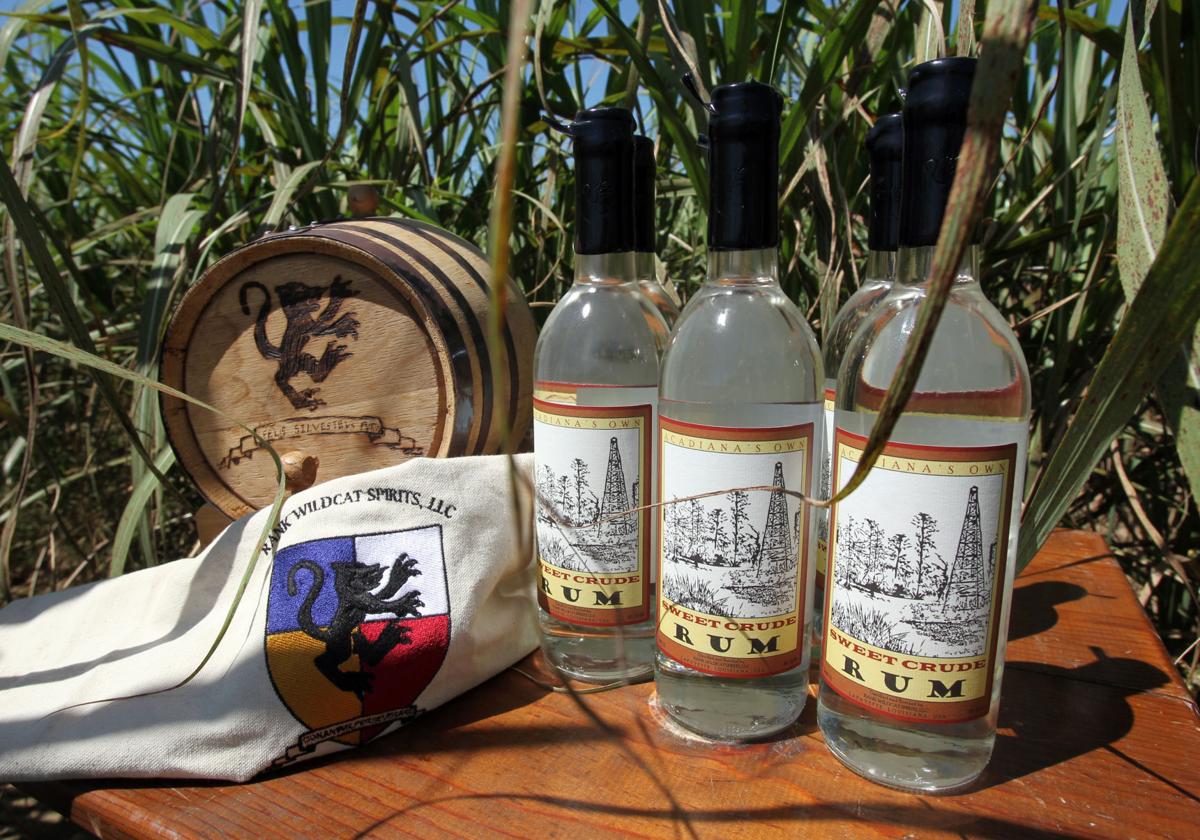 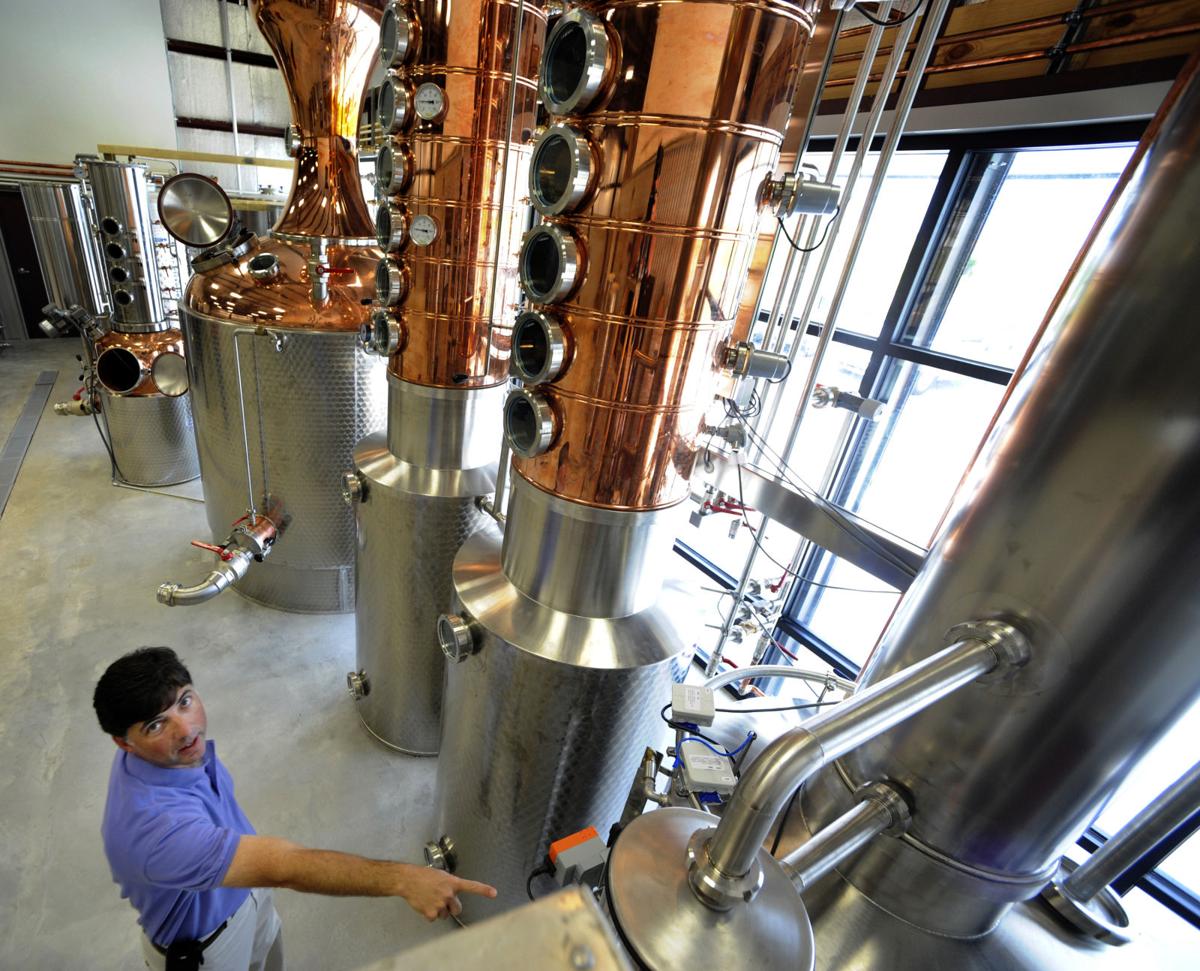 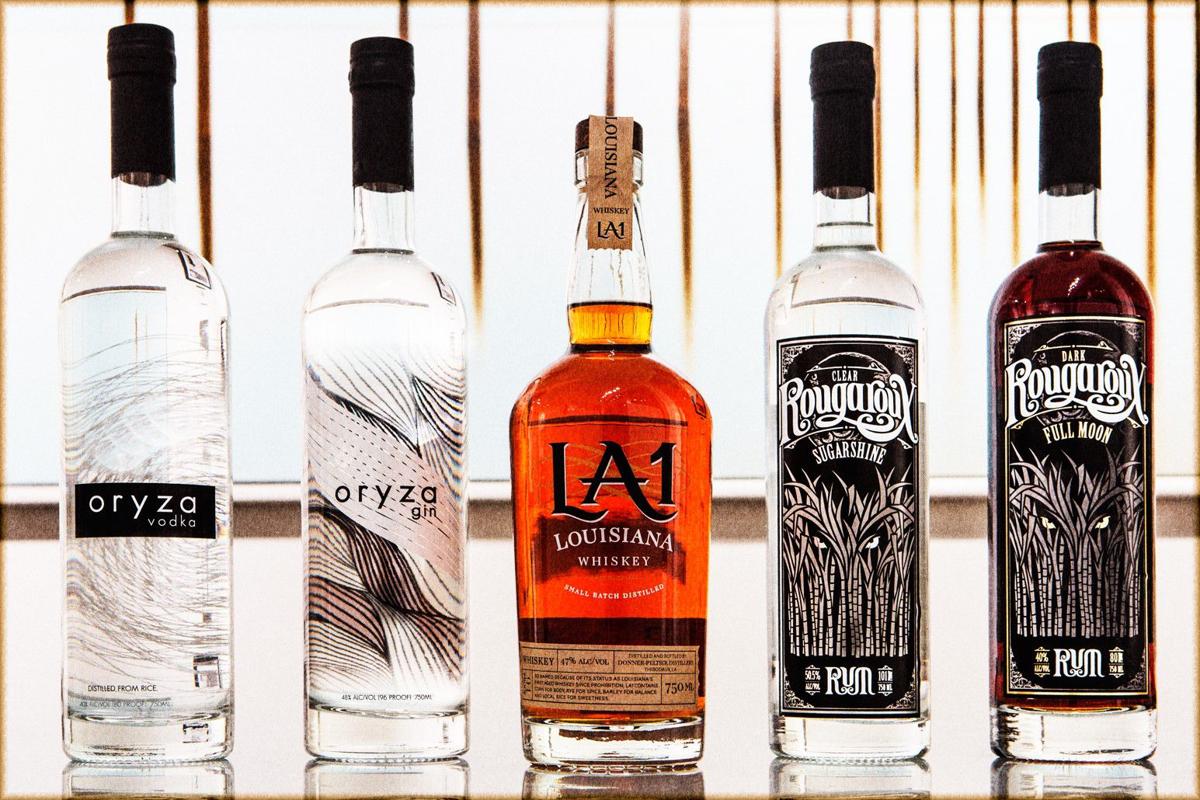 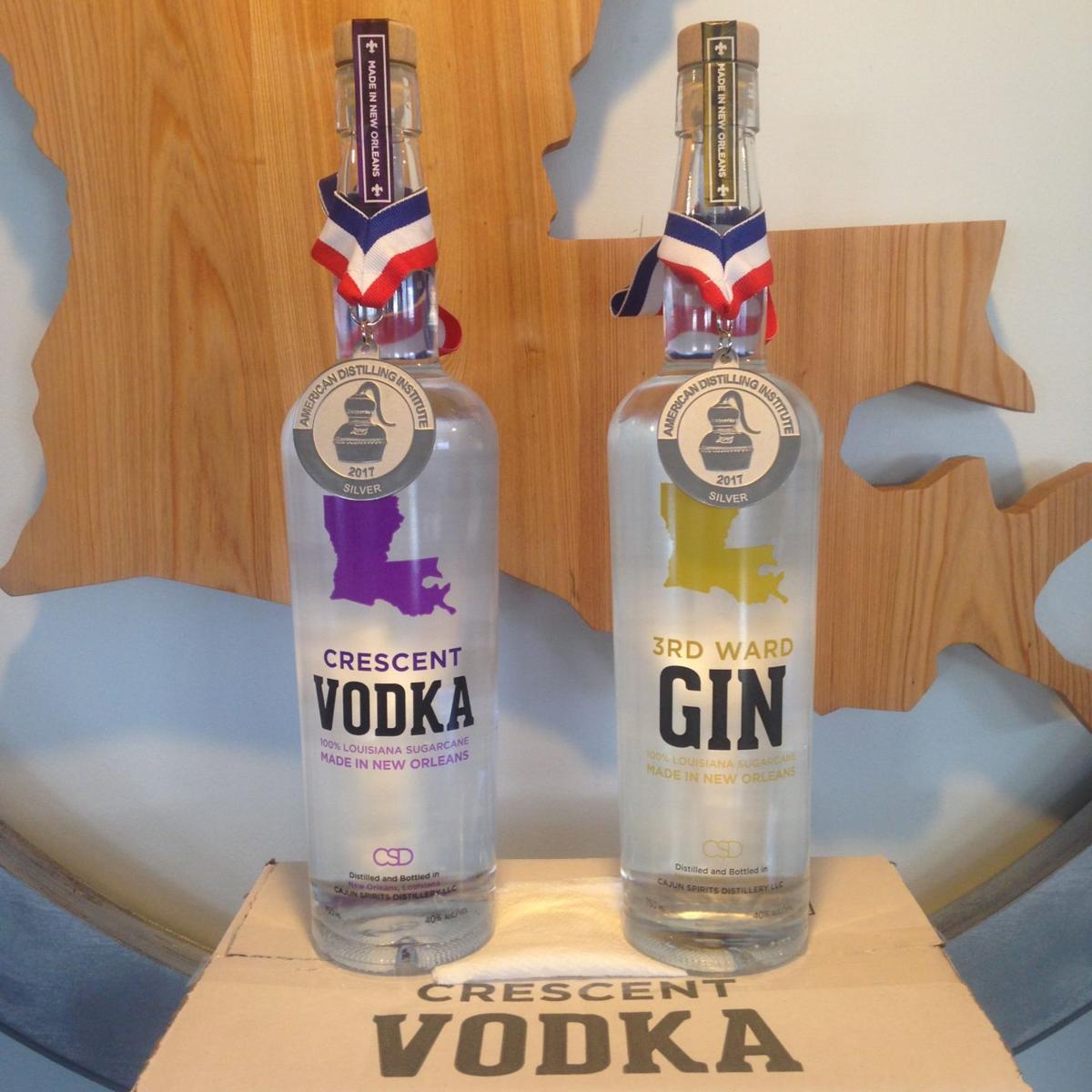 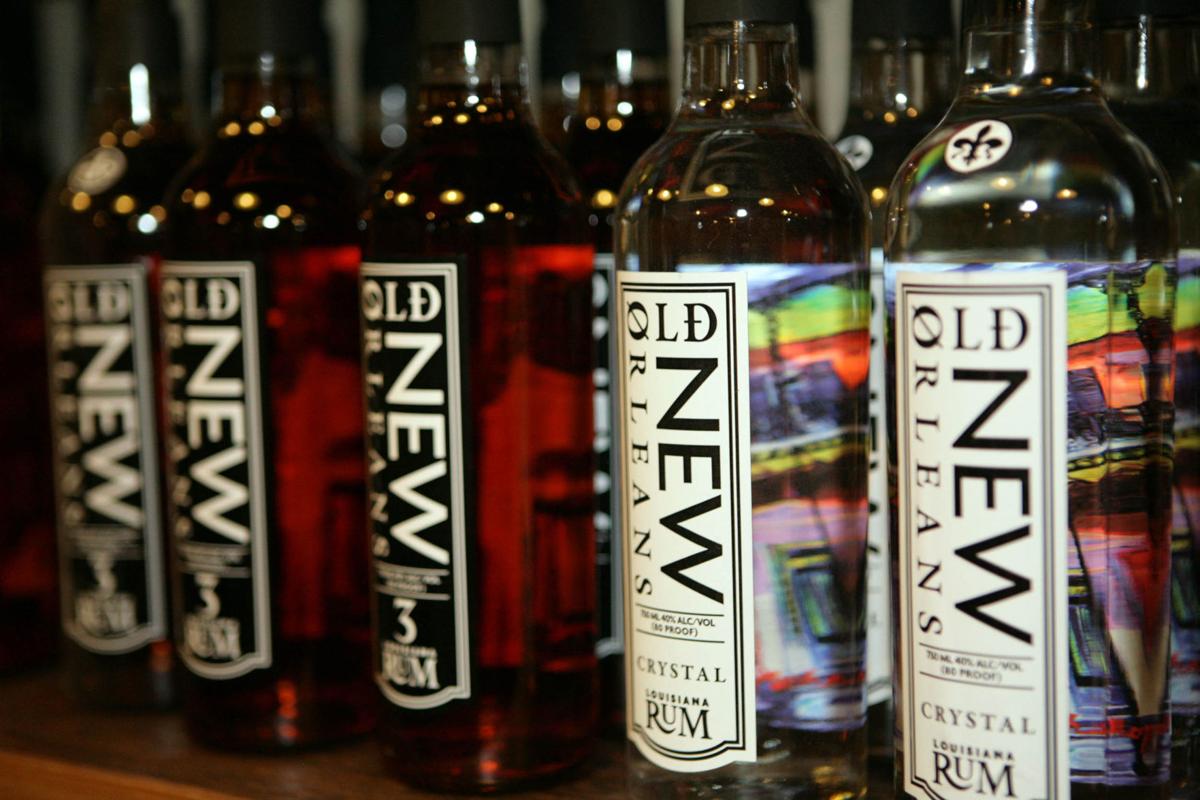 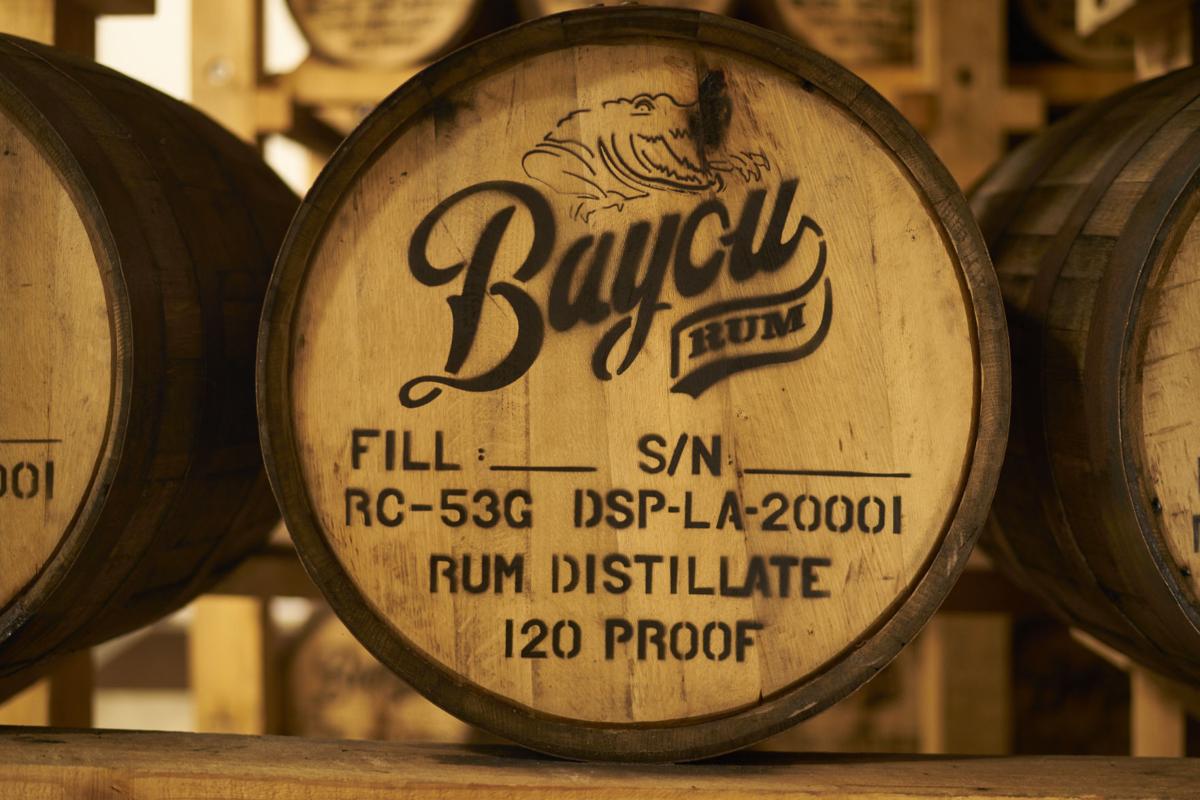 Bayou Rum is made at Louisiana Spirits Distillery in Lacassine.

Bayou Rum is made at Louisiana Spirits Distillery in Lacassine.

Local distilleries are popping up left, right and center in south Louisiana. What used to be just a thought for some local business people is turning into an award-winning venture. In the Lafayette, Baton Rouge and New Orleans areas alone, there are nine distilleries. Even more are planned in the future.

What follows is a look at those nine distilleries, the spirits they are making and how they started.

Located downtown in between the Belle of Baton Rouge and 13th Gate haunted house, Cane Land will open Friday. On Saturday, Cane Land will celebrate its grand opening from 11 a.m. to 11 p.m. with food trucks, cocktails and music from local bands such as Captain Green and Jonathon Boogie Long. More information on the opening is available at facebook.com/caneland.

“We control the entire process,” Tharp said. “We plant the cane, farm it and mill it into sugar and molasses and bring it to the distiller. That’s pretty unique in the spirit industry.”

The distillery’s signature spirit is the Rhum Agricole, made from fresh pressed cane juice which gives the rum a new flavor profile.

“It stands up and doesn’t blend in as much as other (rums made from molasses),” Tharp said. “I like to taste rum in my drink.”

TOURS: Open for tastings and discussions of the distillation process 10 a.m. to 2 p.m. Saturday and Sunday.

For six years, Jedd Haas and his Atelier Vie distillery have released New Orleans-tinged, small batch spirits. Its best seller is his standard Euphrosine Gin #9, whose name is inspired by a street alongside the distillery. For this spirit, Atelier Vie uses a blend of nine herbs and botanicals to build the flavor.

“It’s the result of a lengthy creative process to develop our version of this classic spirit,” Haas said. “Our goal has been to create a greater variety of locally-produced spirits.”

Brandy? Atelier Vie does that. A high-proof vodka? You better believe it. Green and red absinthes? Atelier Vie was the first to bring back the local versions “since the unjustified absinthe ban of 1912,” Haas said.

The dedication to craft and use of natural ingredients has turned heads nationally, too. Atelier Vie’s Toulouse Green and Euphrosine Gin #9 won Gold Medals from the American Distilling Institute.

Founded in 2014, Baton Rouge Distilling started production in January 2016, making it the first operating distillery in the Capital City since prohibition.

At first, owner/distiller Ricci Hull was interested in the science behind distilling. An electrical engineer by day, Hull and his wife/co-owner Natacha Krzesaj traveled to distilleries in Kentucky.

"I had laid out the basics of the distillery," Hull said. "It was always something that I would finance when I retired. But then, I toured a microdistillery in Kentucky, and thought, 'I can do this.' "

Hull did all the specs, knew the designs and took to building Baton Rouge Distilling near the intersection of Airline Highway and Highland Road.

The distillery's first release, a strawberry brandy, has continued to fly off shelves. Another 20 cases have just been produced. The brandy is available at Calandro’s, Matherne’s, Hocus Pocus and is featured in a craft cocktail at Olive or Twist in Baton Rouge.

Up next is a rye whiskey collaboration with Southern Craft Brewery. The whiskey is based on the brewery’s Red Stick Rye beer.

"Right now, we are working on building the portfolio," he said, mentioning a bourbon and Jones Creek White Whiskey being on the drawing board as well.

The distillery is also working on opening to the public for tastings and tours. For now, Hull recommends patrons follow the business' Facebook page at facebook.com/batonrougebourbon to see where they will have tastings and appearances.

The first distiller in Acadiana and the second rum distillery in Louisiana since prohibition, Rank Wildcat Spirits is named after a word used to describe a long shot in the oilfield drilling world.

David C. Meaux is the founder and distiller at Rank Wildcat. The business started as a conversation, an idea between the former lawyer and landman Meaux and his friend. Then in 2011, Meaux formed the company and became the state’s smallest rum distillery.

What sets Rank Wildcat apart? “I don’t use blackstrap molasses,” Meaux said. “My rum tastes like sugarcane. It’s more of a French-style rum.”

“I don’t artificially enhance the flavors,” Meaux said. “I fought hard to channel the local flavors and aromas of the local sugarcane.”

Rank Wildcat produces two rums — the white Sweet Crude Rum, and an aged Black Gold Single Harvest Blend. Both are available all over the state, Meaux said, from Baton Rouge to Breaux Bridge, Natchitoches to New Orleans, Carencro to Covington, and Shreveport to Scott. Even Lafayette’s official cocktail, the Sweet Crude Rouler, is made with Rank Wildcat’s rum.

The idea of a rum distillery isn’t a long shot anymore.

Two couples were vacationing about eight years ago, and they thought to themselves, “Why can't we get into the distilling business?”

Those couples — Beth and Tom Donner, and Henry and Jennifer Peltier — lived in Thibodaux in the middle of a sugarcane field. Henry’s grandfather had an abandoned sugar mill from the late 1930s. The reasons to get in the spirits industry piled up.

By 2012, Donner-Peltier Distillers was up and running. First, the distillery created rum, using sugars from the family mill five minutes down the road. Then, Donner-Peltier ventured into gin, vodka and whiskey.

“These two couples had a lifelong interest in distilleries,” vice president of sales and operations Johnny Culpepper said. “We were the first to dip into locally-made gin, vodka and whiskey. We like to say we broke the seal.”

A simple proposition during a vacation has turned into an investment that sees big returns — the distillery’s Rougaroux Sugarshine rum is used in the Mississippi Gulf Coast’s official cocktail, the Cat Island Cruiser.

There’s more work to be done, but Culpepper is excited about the future of Donner-Peltier and other Louisiana distilleries.

“We’re on the cusp of not just being a novelty,” Culpepper said about local craft spirits. “In Louisiana, we're known for great food, great beer and now we're starting to get known for our spirits as well. This is a great time to be in this industry.”

Started in 1995 and founded by artist James Michalopoulos, Old New Orleans Rum is made at the oldest continuously operating distillery in Louisiana, Celebration Distillation.

When Celebration Distillation opened its doors, no one was making rum in the continental United States. More than two decades later, the Beverage Testing Institute named Old New Orleans 20th Anniversary King Creole the top rated rum in the country and gave it the 2016 Platinum medal.

“Our quality starts at home,” Michalopoulos said. “From the beginning, it’s been paramount for us to use locally-sourced Louisiana sugar cane. This win for us is really a win for our state.”

While Gus Haik was in the Navy, he fell in love with distilling. An engineer, Haik distilled sea water into drinking and bathing water. It didn’t hurt that the all ports he visited while in the service had specialty drinks — locally made wine, brandy and rum.

“It was always something (the people at the port towns) were proud of,” Haik said.

When Haik got out of the Navy during the recession, he went back home to New Orleans.

“I wanted to come back and start manufacturing something,” he said. “I knew I wanted to do something with local products.”

The idea to own and operate a distillery came gradually after working here and there as a welder and working at another distillery. By 2010, he found some investors, and Cajun Spirits was born.

Now, Cajun Spirits has blossomed into a full-time venture, with his wife, brother and dad helping.

“It’s a little family business,” Haik said. “We are the owners and operators. We are the distillers. That sets us apart.”

The Third Ward distillery’s line includes a Crescent vodka, 3rd Ward gin, and Tresillo rum, which is only available at the distillery. Cajun Spirits has also flirted with seasonal infusions like Japanese plum and strawberry rums.

The largest craft rum distillery in the United States is Louisiana Spirits, which is known for its Bayou rums. It was all started by some hunting buddies — brothers Trey and Tim Litel, and Skip Cortese — and opened in 2013.

The distillery, located in Lacassine, is 36,000 square feet, and those rums are now available in more than 35 states. The trio also recently shipped nine containers of rum to Europe where it will be distributed to 17 countries this year.

The reason for the quick expansion is a distribution deal with Stoli, which is in turn taking Bayou Rum to more markets. Before that deal, Bayou Rum was in just seven states and struggled to get attention.

The rum isn’t half bad, either — the spirits have won more than 65 awards to date.

Lifelong friends, the trio has worked hard the past two years to get its distillery going. When it opens fully, tours with a visitor center with attention to the history of New Orleans and Louisiana and spirits will be a main attraction. Each bottle has a history of the neighborhood on the label as well.

Up next is the Gentilly gin, and an Irish Channel whiskey is about six months out.

Matthew Sigur contributed to this report.