You are the owner of this article.
Edit Article Add New Article
You have permission to edit this article.
Edit
Home
Coronavirus
News
Sports
Entertainment/Life
Opinion
Obituaries
Classifieds
Jobs
Homes
Games
Store
1 of 15 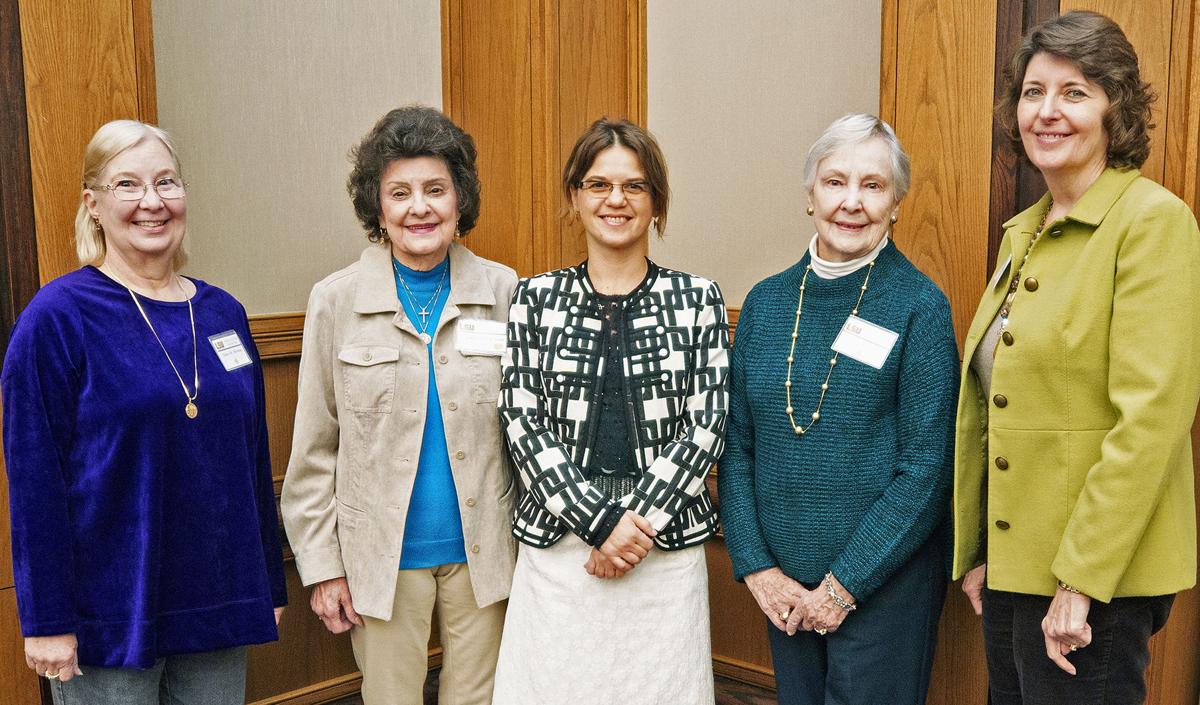 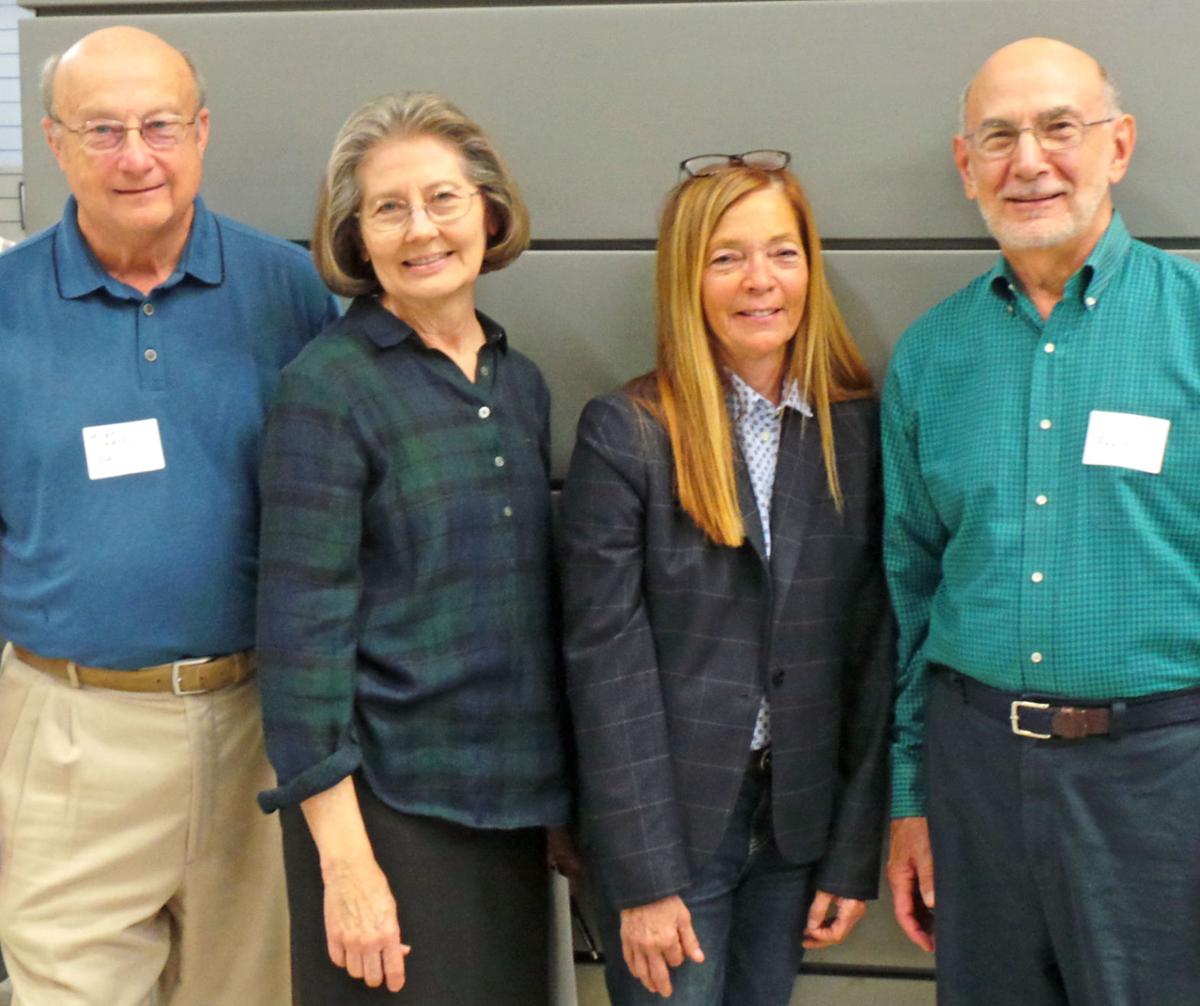 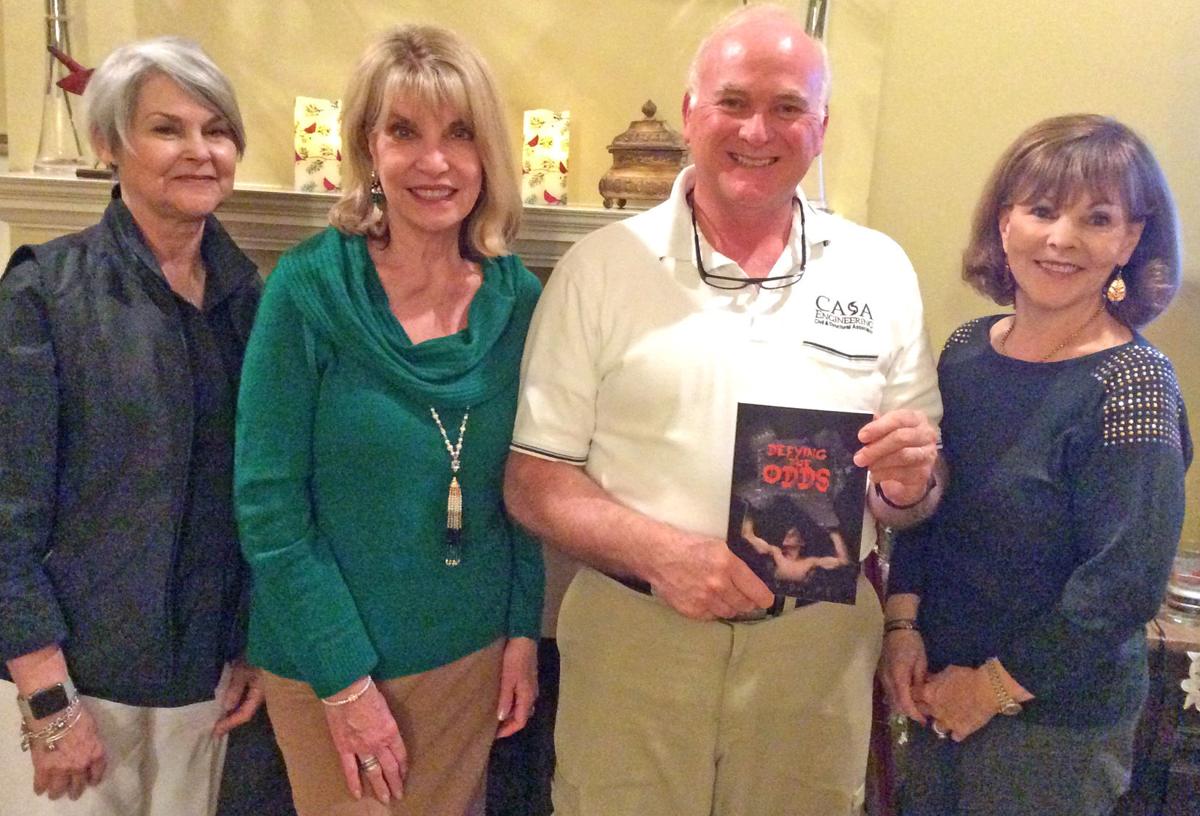 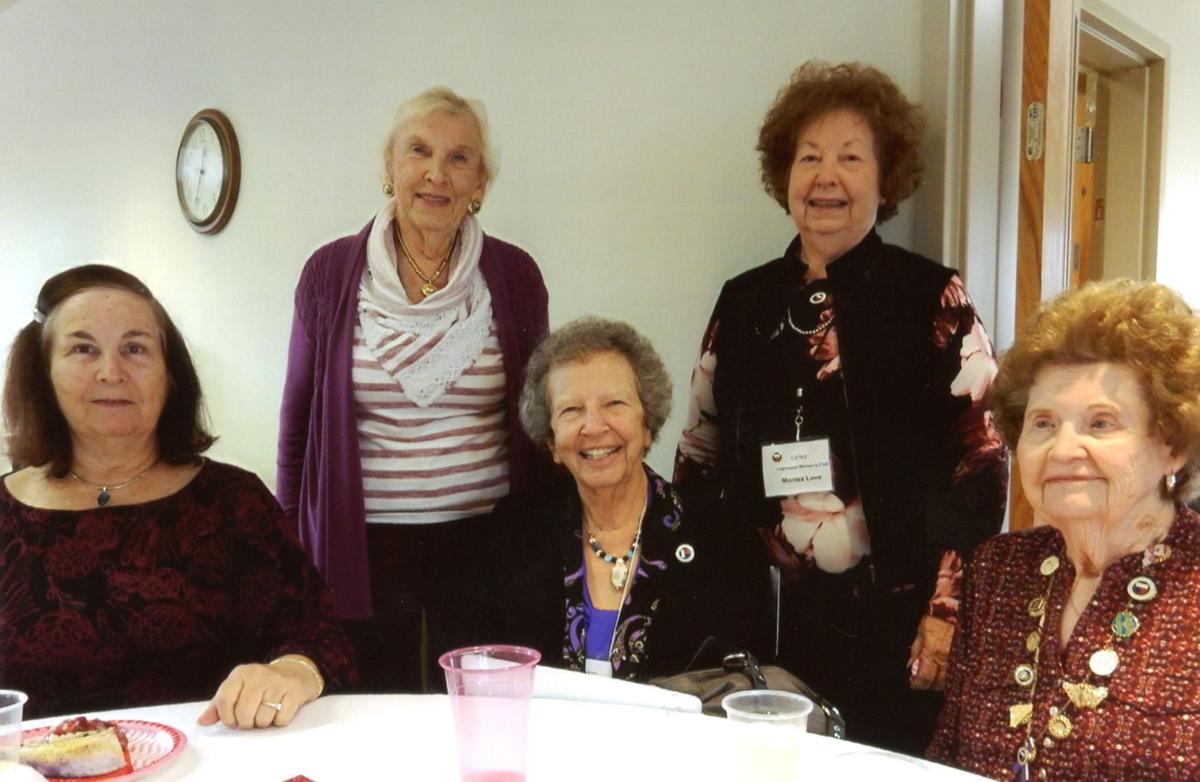 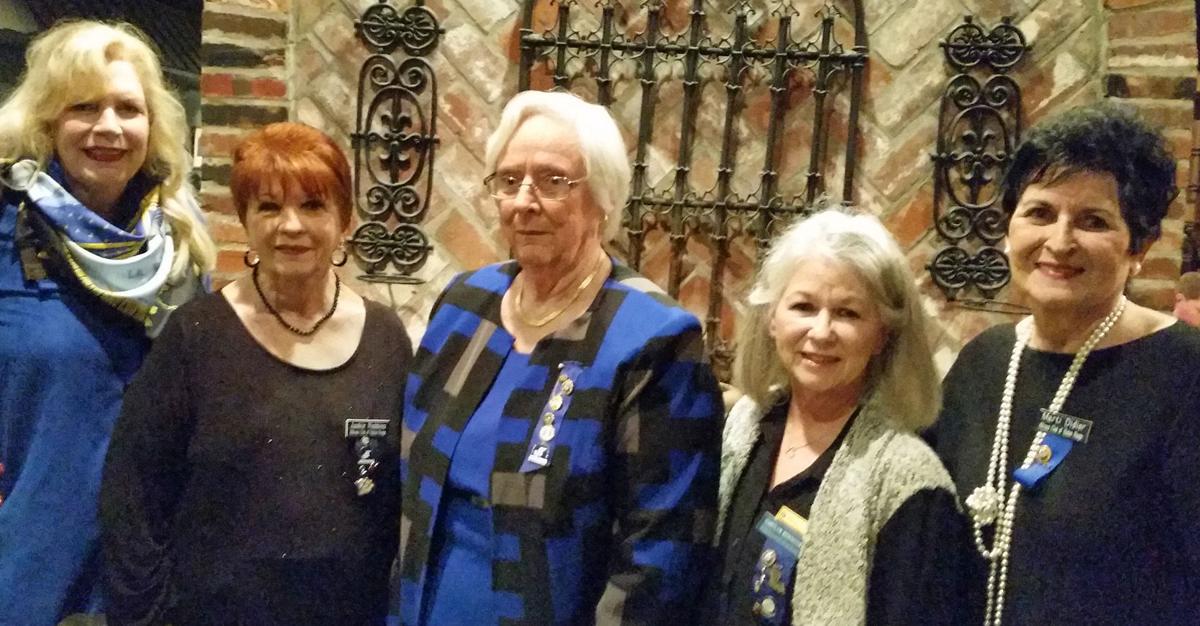 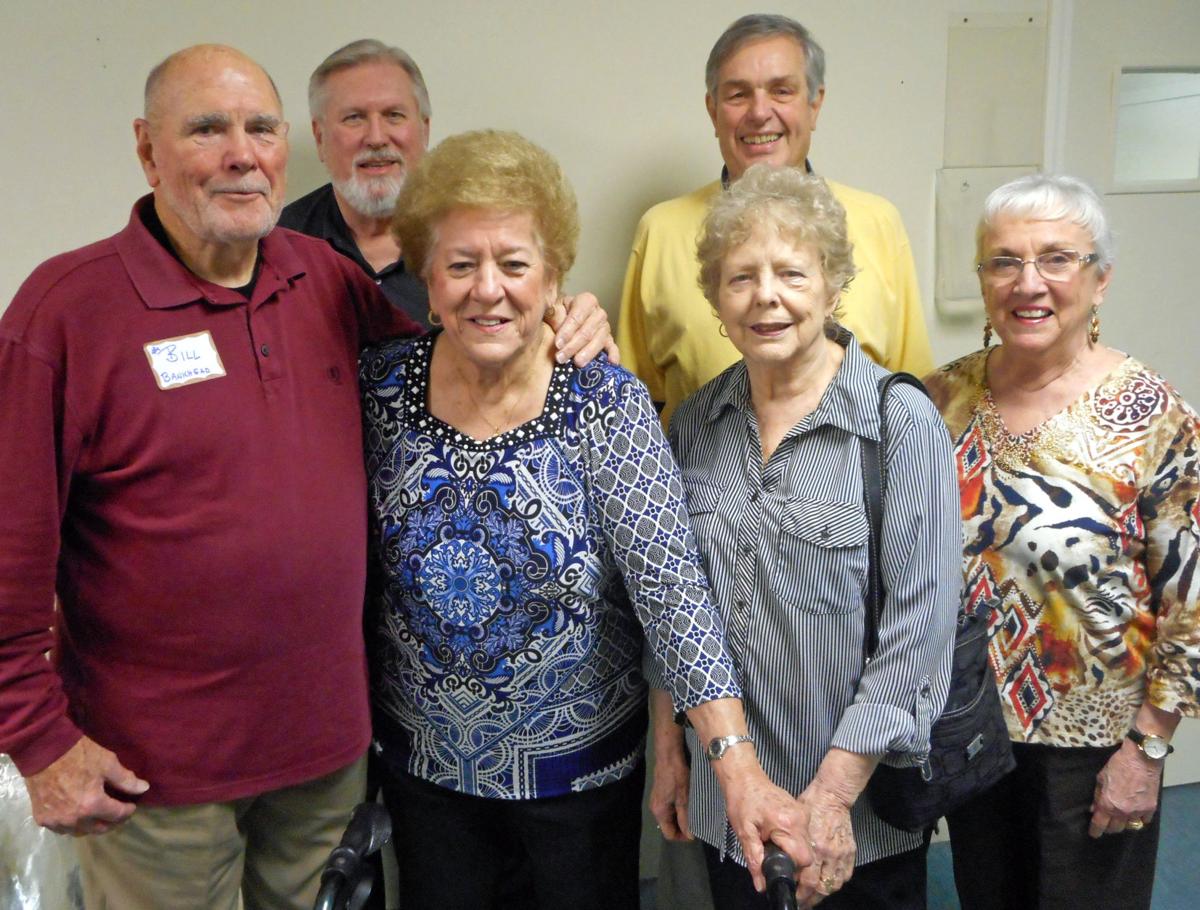 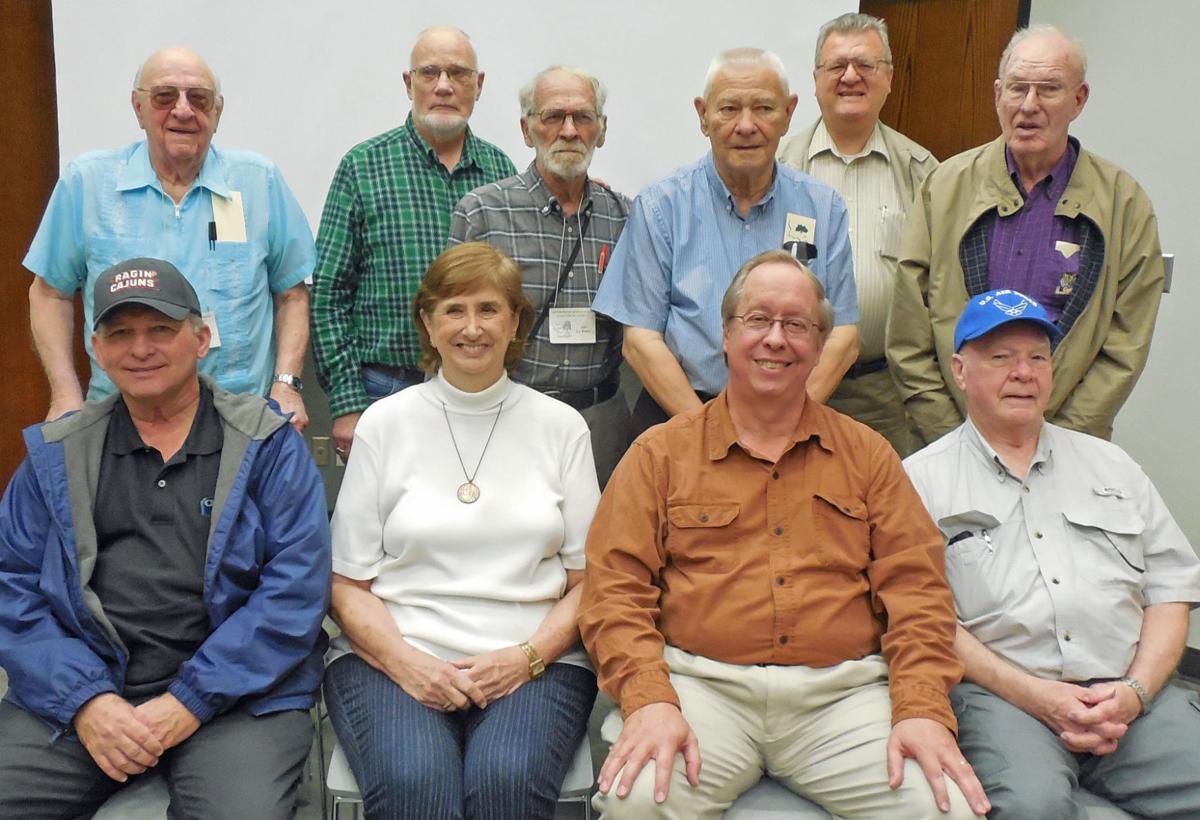 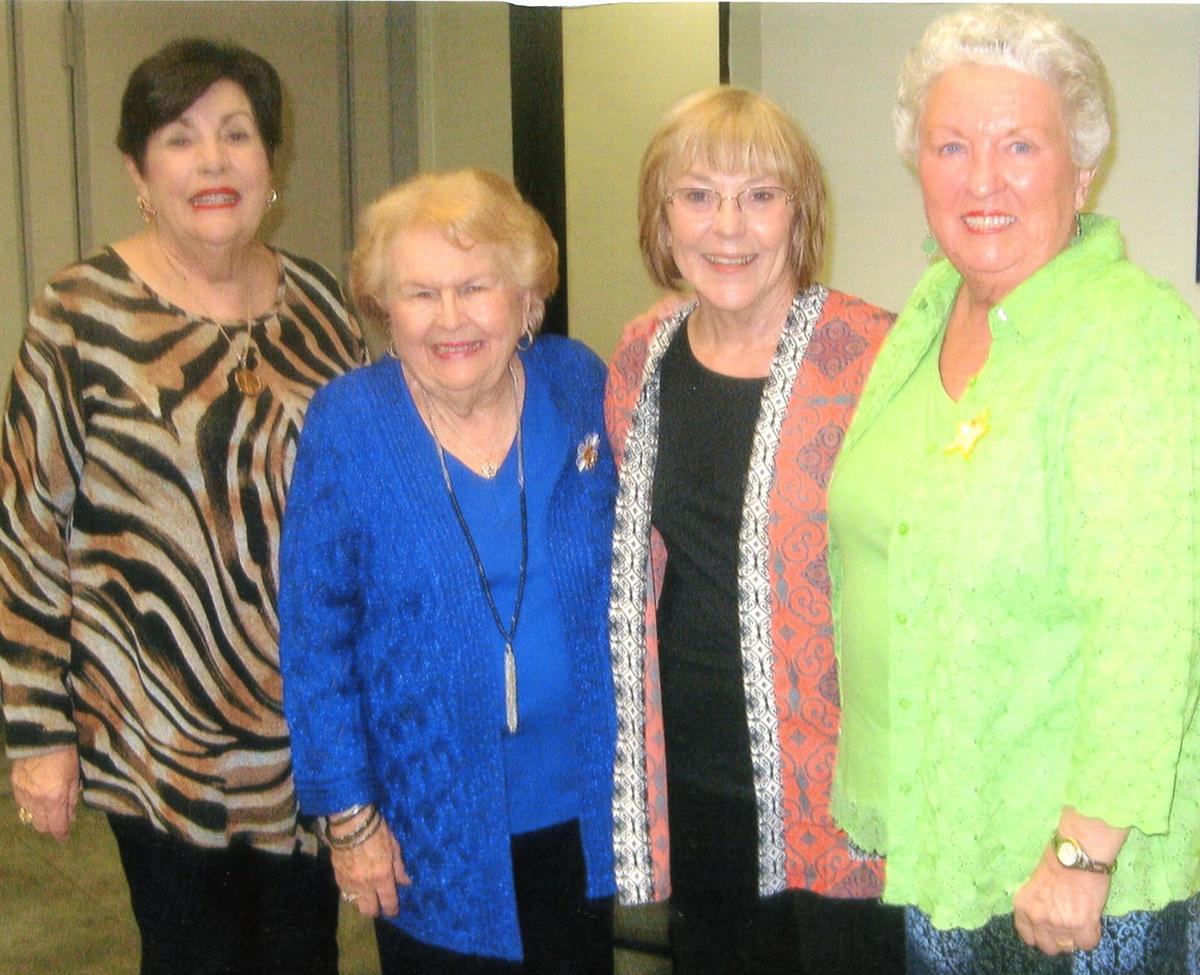 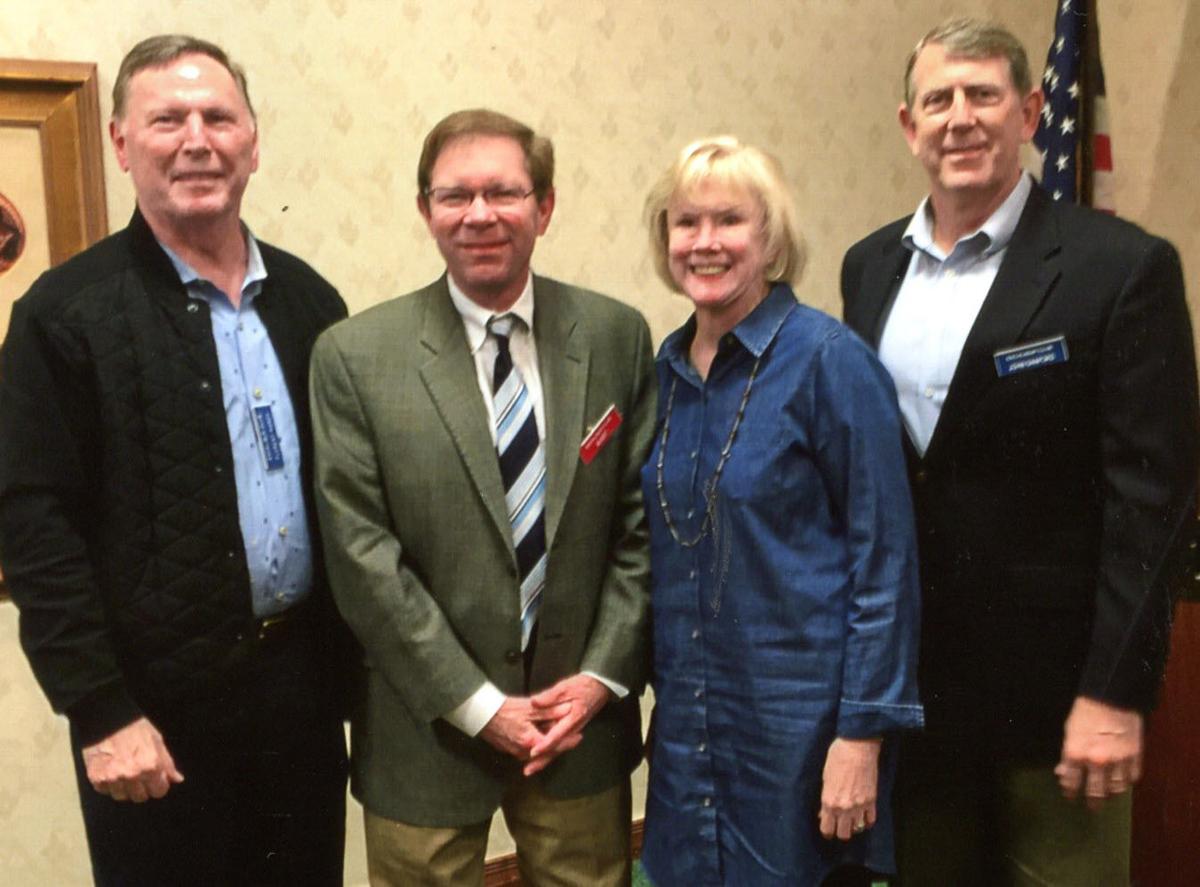 Excalibur Club -- The Excalibur Club recognized the work of the Council for a Better Louisiana and its volunteers Jan. 13 at the Marriott Hotel in Baton Rouge. Barry Erwin, CABL executive director, said the organization works on important issues throughout Louisiana. Shown are, from left, Florent Hardy, Erwin, Joyce Schroeder and President John Sanford. 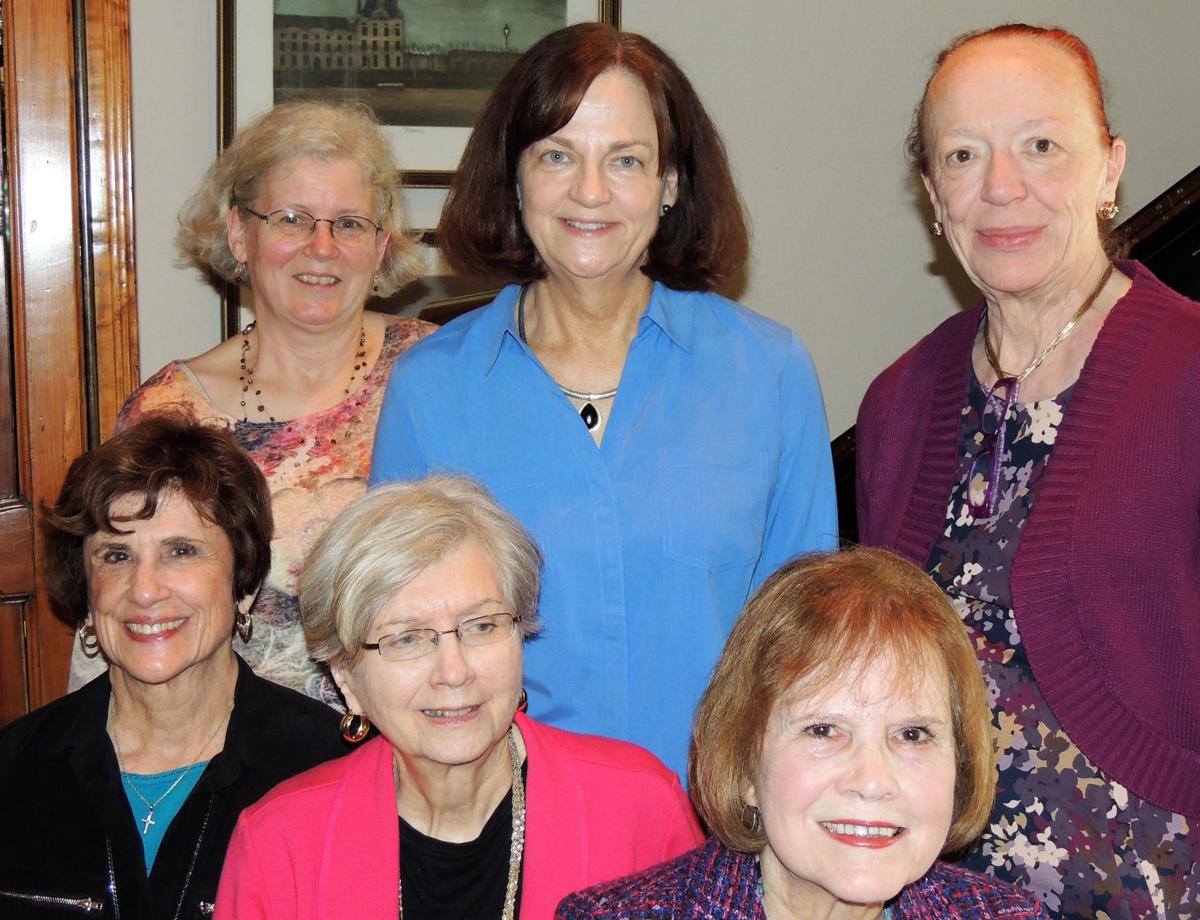 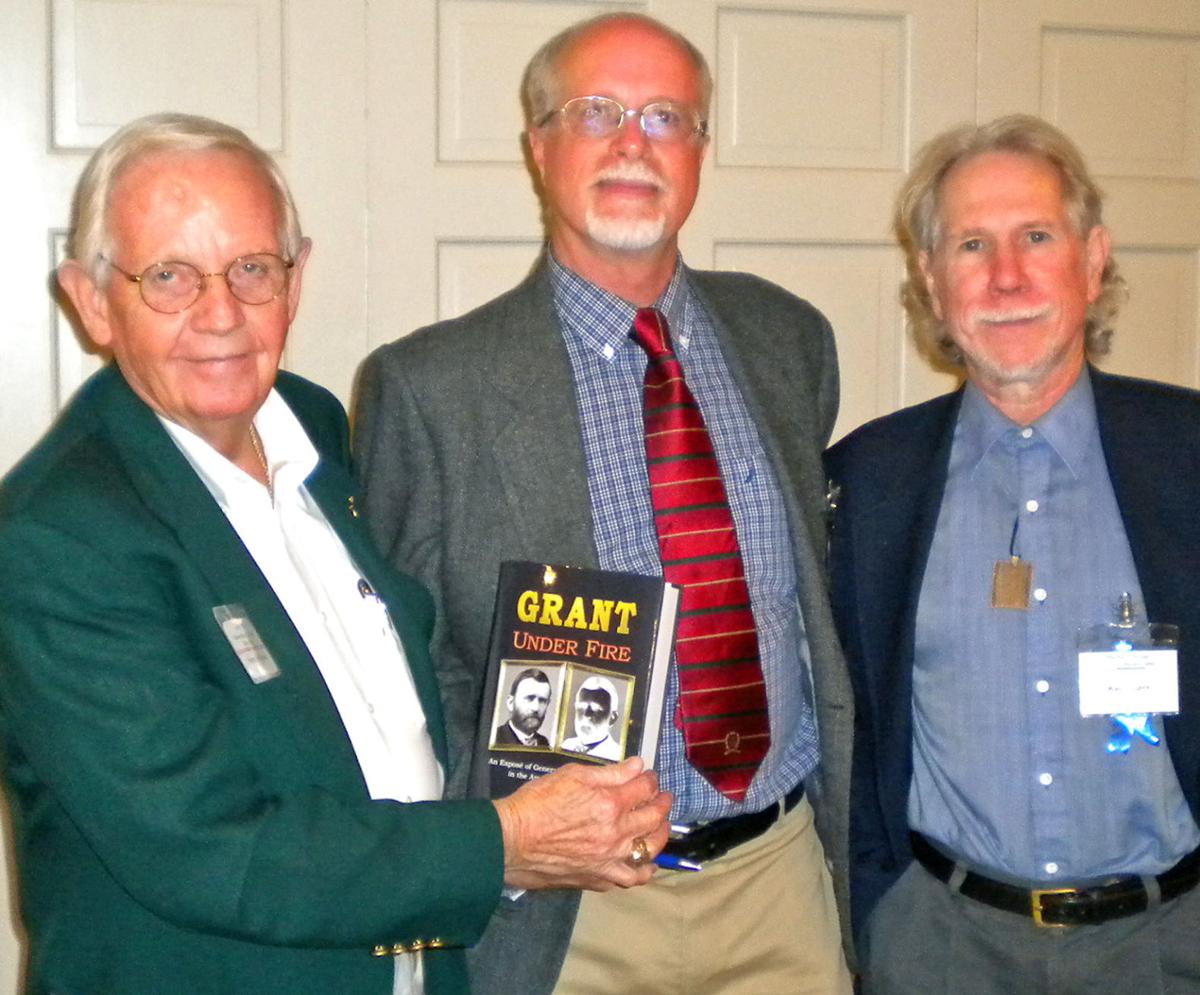 Excalibur Club -- The Excalibur Club recognized the work of the Council for a Better Louisiana and its volunteers Jan. 13 at the Marriott Hotel in Baton Rouge. Barry Erwin, CABL executive director, said the organization works on important issues throughout Louisiana. Shown are, from left, Florent Hardy, Erwin, Joyce Schroeder and President John Sanford.

The agricultural engineer uses nanotechnology to design submicroscopic particles that can carry healing agents like lutein to the eye. Lutein helps reduce cloudy vision and is found naturally in foods, but when ingested, only a tiny fraction reaches the eye. Nanotechnology enables direct delivery to the retina. The success rate is good in lab animals, but it’s not yet ready for humans. Sabliov said she remains optimistic.

Club members visited the Laser Interferometer Gravitational-wave Observatory on Jan. 23 in Livingston, where scientists have detected cosmic gravitational waves that can help tell the origin of the universe.

Fruge said 31,689 buildings flooded in the parish in August. She told members to report junk, trash, debris and overgrown yards by calling 311 and giving an address.

Hayes and Frattini showed slides on the effect of the sales tax on homeowners association dues that had been scheduled to go into effect on April 1, 2016, but was later canceled. There remains a tax on dues for associations with entertainment or recreation facilities.

The federation meets the second Thursday of each month in the auditorium at the East Baton Rouge Parish Main Library, 7711 Goodwood Blvd. The next meeting is Feb. 9. Single-family homeowners associations are invited to join. Contact President Nancy Curry at (225) 925-1674 to join or attend a meeting.

David V. Day talked about his book, "Defying the Odds," to the the Ramblin' Readers Book Club on Jan. 12.

The book tells how Day battled the Texas Department of Insurance for nearly half a decade to uncover unfair practices and shady government officials, and to expose incompetence and corruption. After publication in 2015, Day sent the governor and all legislators a copy.

He said the book has been instrumental in the resignation or dismissal of several state and local officials, including one associate judge. As a result, on Jan. 1, a law equitably affecting Day and thousands of engineers in Texas went into effect.

Day is a Baton Rouge native and a 1980 LSU graduate with a degree in construction engineering.

In addition to talking about their work, they shared opportunities for residents to get involved by attending plays, helping backstage, volunteering as ushers and auditioning for a play.

Bennett spoke about the district conference to be held April 10-23 in Anniston, Alabama, and about a financial contribution from the Altrusa International Disaster Relief Fund to the Salvation Army to benefit the flood victims in the Baton Rouge area.

Gilliland updated members on the 75th anniversary celebration of the local Altrusa Club to be held at April 11 at the City Club. Holmes said the annual restaurant raffle to raise funds for service projects is underway. City Constable Reginald Brown will conduct the drawing at 6 p.m. March 20 at Drusilla Seafood.

Bill Bankhead spoke about his life, from being an LSU cheerleader through his career managing large multisport events, to the Jan. 18 luncheon of the Chronologically Gifted and Talented of Broadmoor Presbyterian Church.

Bankhead was an LSU cheerleader in 1953. After serving with the Marines in Korea, he was head cheerleader from 1956-58. He told of the thrill of riding into Tiger Stadium on the tiger mascot cage.

After being director of the LSU Assembly Center and conducting the 1983 Special Olympics World Games and the 1985 U.S. National Sports Festival in Baton Rouge, Bankston became director of World Games for Special Olympics International until 1995. Although his office was in Washington, D.C., he generally resided for a year at the site of the event he supervised, including several states, Scotland, Ireland and Austria.

In this position, he met Queen Noor, of Jordan; Prince Albert of Monaco; Presidents Ronald Reagan, George H.W. Bush and Bill Clinton; and numerous other celebrities. In 1998, he served as the chief operating officer and competitions director for the Nike World Masters Games, which hosted 19,000 athletes from 100 nations in Oregon.

Morris told about J.S. Gray, a Bataan Death March survivor, and Dr. Charles Prosser, who was at the Los Alamos site and treated a patient whose story became part of the movie "Fat Man and Little Boy."

Morris has created a website, ww2thebigone.com, where he has posted about 50 of these personal accounts of the war and continues to post more. Several veterans from WWII, Korea and Vietnam attended the meeting.

Mark and Laurie Chiasson received the January Family of the Month Award by the Knights of Columbus Council 9692. The Rev. Trey Nelson and Grand Knight Rick Graham presented the award at a Jan. 22 reception in the St. Jude Catholic Church Parish Hall.

Mark Chiasson is a member of the St. Jude Men’s Club, participating in the group's service projects, is a parish fair volunteer and has led the Cub and Boy Scout ministries.

A fair volunteer for several years, Laurie Chiasson joined the Fair Core Committee in 2014. She is a Eucharistic minister, St. Jude School volunteer and Home and School Association secretary. She is involved with the Cub and Boy Scouts and served on the St. Jude 50th Anniversary Committee.

Their sons, Anthony and Benjamin, attend St. Jude School. Anthony is an altar server, and both boys are active in the Scouts.

The group is recognizing Moore for his help making the organization a stand-alone agency focusing on sexual assault survivors in East Baton Rouge Parish and statewide. Through his support in this transition over the past five years, the group has been able to provide services to more than 10,000 clients and community members.

Moore will receive the award at the group's third annual Champions of Change Breakfast fundraiser and awareness event on Thursday, April 6, at the Renaissance Hotel, 7000 Bluebonnet Blvd., Baton Rouge. For information, visit star.ngo/event/champions-change-2017.

U.S. Air Force Airman Samuel R. Green graduated from basic military training at Joint Base San Antonio-Lackland, San Antonio. He is the son of Scott and Tracy Green and grandson of Gayle Pearce, all of Baton Rouge, and is a 2016 graduate of Baton Rouge Magnet High School.

Compiled by Advocate staff writer George Morris. The “Community” column runs every Tuesday and Friday in The Advocate. Items should be submitted to “Community,” Advocate eatplaylive section, P.O. Box 588, Baton Rouge, LA 70821, or emailed to people@theadvocate.com. Events should be submitted in a timely fashion. By submitting photos to The Advocate, you agree that they can be published in any of The Advocate’s print or digital publications. Follow George Morris on Twitter, @GWMorris.