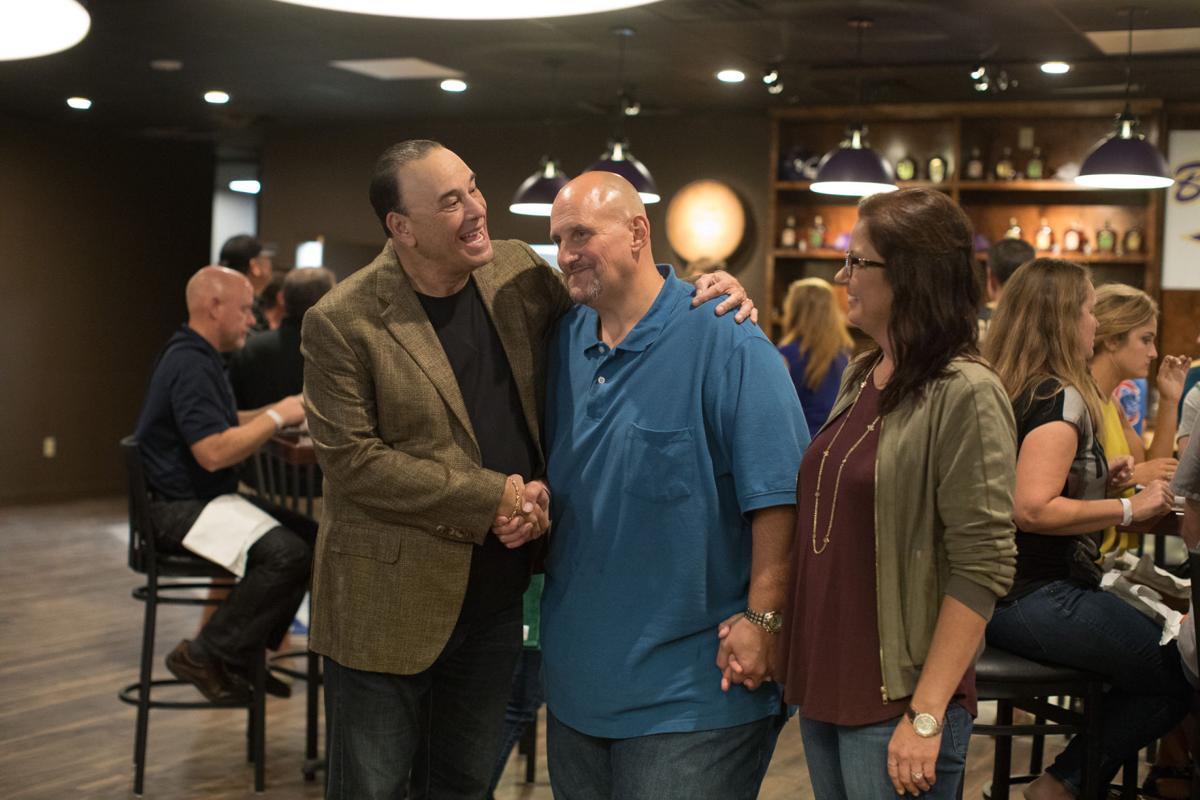 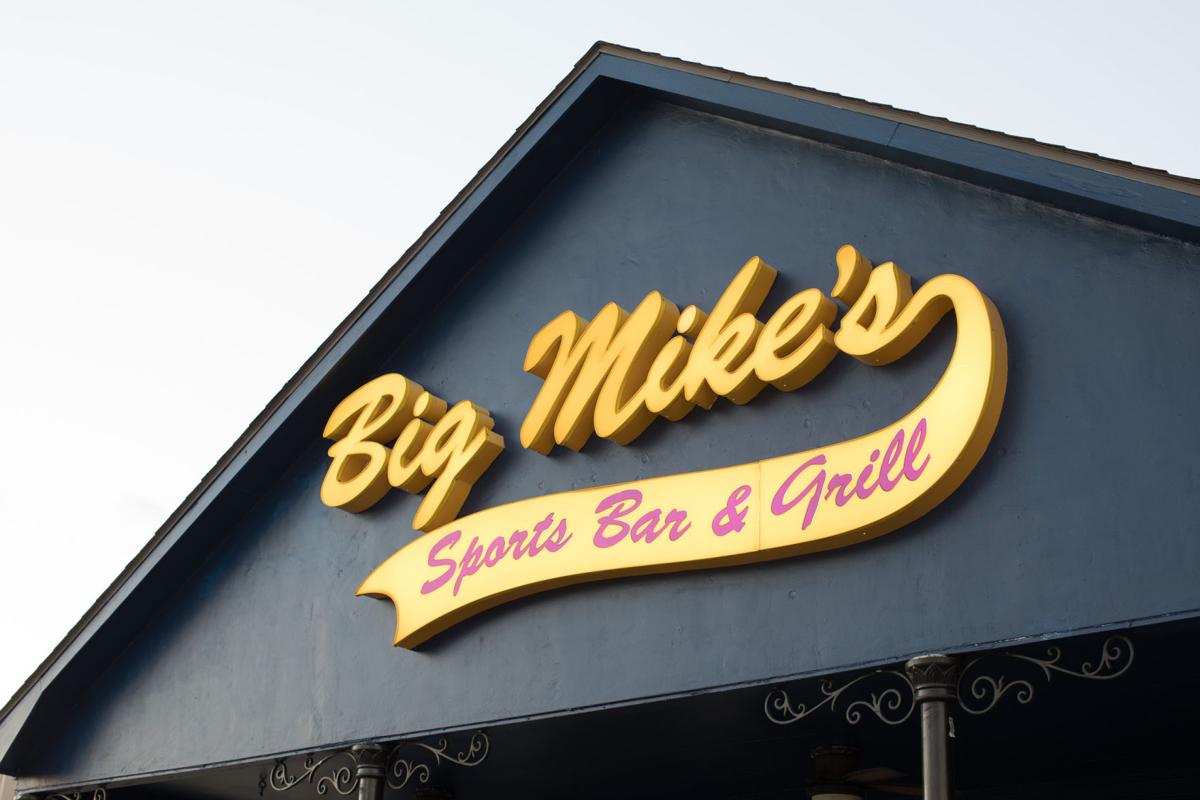 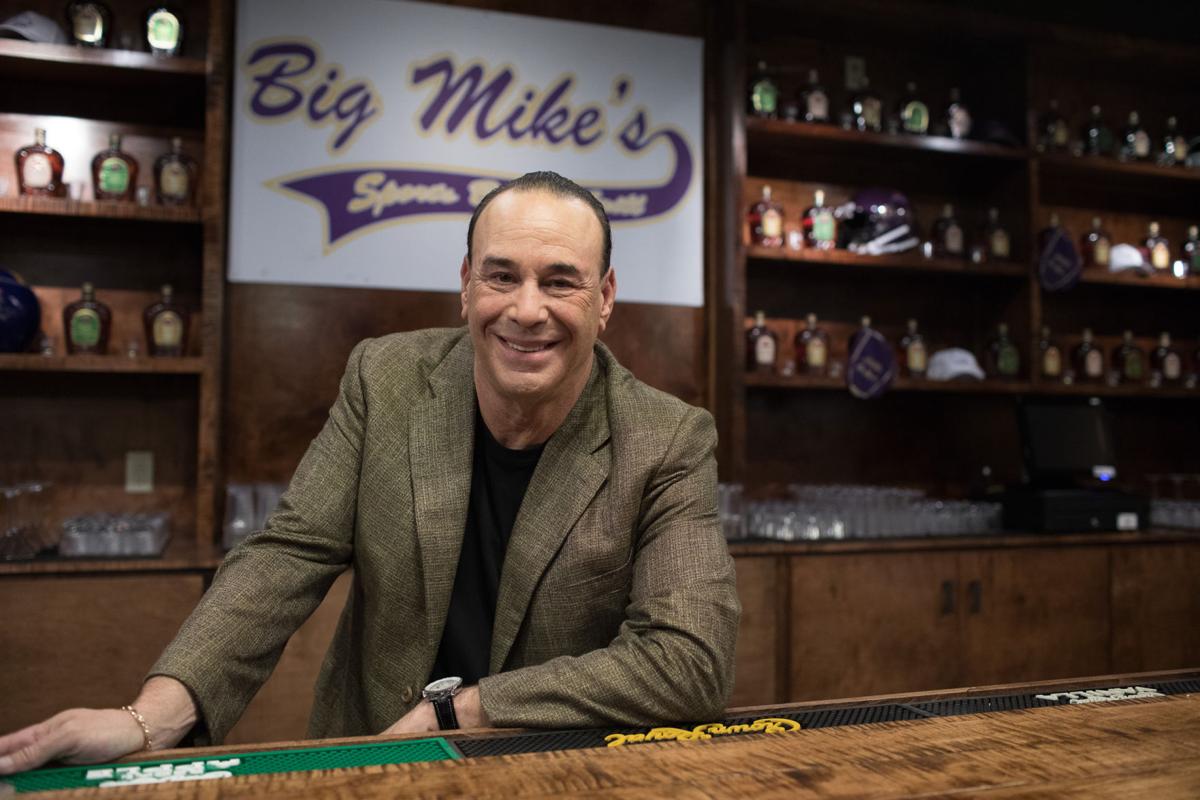 In Taffer's TV series, the veteran bar consultant usually attempts to assist operators of fledgling watering holes around the country to revamp, redesign, and hopefully revive their failing ventures.

But Mike and Jocelyn O'Neal are different. The couple had a thriving restaurant/bar, Big Mike's Sports Bar & Grill in Denham Springs, until the August flood happened.

"It wasn't a failing business. They did everything right," Taffer says.

Sixty-four inches of floodwater later, the rented building, all of the equipment, the supplies, and more than $10,000 worth of food and product, were ruined.

"It was basically a total loss on the inside. It was down to exterior walls, two-by-four studs inside, and part of the ceiling," Mike O'Neal says, adding that although they had insurance coverage on the contents, it didn't include flood events.

Two weeks after the flood, Emily Ashford, one of the O'Neals' crew members and friend, ran an idea by the couple: contacting "Bar Rescue."

That the O'Neals were already fans of the show is what made Ashford think of them, Mike O'Neal says.

According to Taffer, Ashford's subsequent Twitter post caught the eye of another bar owner to the southeast.

"There's a bar I rescued four years ago on Bourbon Street and it's called Spirits on Bourbon. And, I'm very close with the owners there, and their sales are up $5 million since we left four years ago," he explains. "They've always wanted to give back and help, so they (co-owners Brad Bohannan and Steve Smith) saw the post, sent it to me, called me, we changed our schedule and put this together, so it really started with Emily the employee."

With the landlord's involvement, new walls and flooring were installed at Big Mike's, and in October, the "Bar Rescue" crew did the rest, in less than a week's time.

"They chose every paint color, every little knickknack, picture, TVs, all that stuff," Mike O'Neal says.

It's the largest bar Taffer's ever rescued, the show told the O'Neals.

"(The expansion) was something my wife and I had in the works with the landlord to make happen around the first of year; the flood kind of expedited it," Mike O'Neal says.

During transformation week, Jocelyn O'Neal says they first had a walk-through with show representatives on Monday and Tuesday.

"By Wednesday, we were kicked out and told not to come back, and don't even drive past, avoid Range Avenue, so we just basically had to stay away so we didn't ruin any surprise that 'Bar Rescue' was doing for us," she says, adding that preliminary filming with the couple was done in downtown Denham Springs, well away from the restaurant site, 123 Aspen Square.

The O'Neals returned to their restaurant that Sunday night and were promptly blindfolded. As last-minute details were completed inside, about 500 people (another "Bar Rescue" record) gathered outside, signing TV release forms, visiting with friends they hadn't seen during the 10 weeks Big Mike's was closed, and all waiting for the big reveal.

"The outpouring from the community, our friends and family, it was just unreal for them to be here that late at night, supporting us, waiting for hours to get in," Jocelyn O'Neal says. "Overall, it was just so emotional and such a great experience. And not to mention the makeover they did inside. When we came back, it was a beautiful business, and it was ours."

Taffer was careful not to change everything, he says.

He didn't want to change the sign or the logo because it's successful. He also retained the existing menu featuring seafood, steaks, burgers and more, but added five new dishes.

"We took Mike's vision and just retranslated it, so we created a wonderful family bar on the left side of the building and we created a whole new adult bar on the other side, the Crown Royal Room, with its six new signature cocktails."

A little more than a week later, on Oct. 25, Big Mike's was officially back in business.

"We opened those doors and they started pouring in," Jocelyn O'Neal recalls. "It was all we could do to keep up. It was unreal how much our community missed us being open and how fast everyone wanted to come back, see the place, try the food, and get a little taste of Big Mike's again."

Meanwhile, Taffer, a New Yorker, was taken by the spirit of the people.

"This is a remarkable community. Nobody says no. The people in Louisiana are wonderful. It's sort of a culture of kindness if you will."

More than 150 patrons are expected for Sunday night's watch party, as "Bar Rescue's" Big Mike's episode airs at 9 p.m. (cable Channel 41). There will be live music before the show.