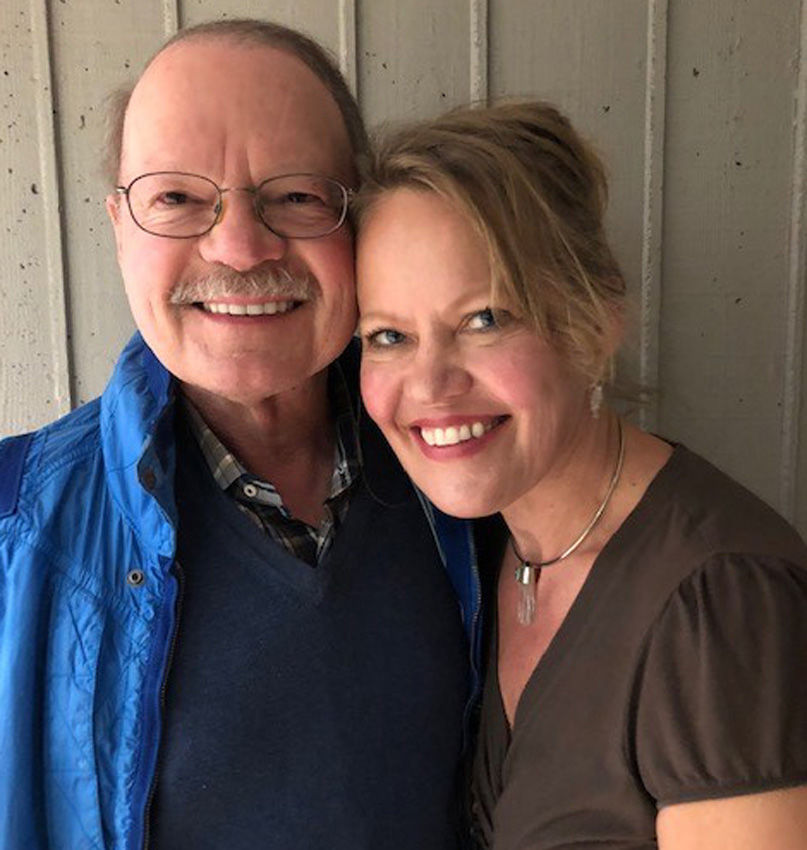 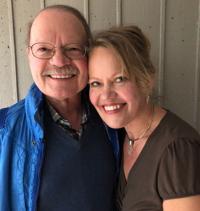 After each took a DNA test with Ancestry.com, Mackie Price and Naomi Sanderovsky discovered they were father and daughter. 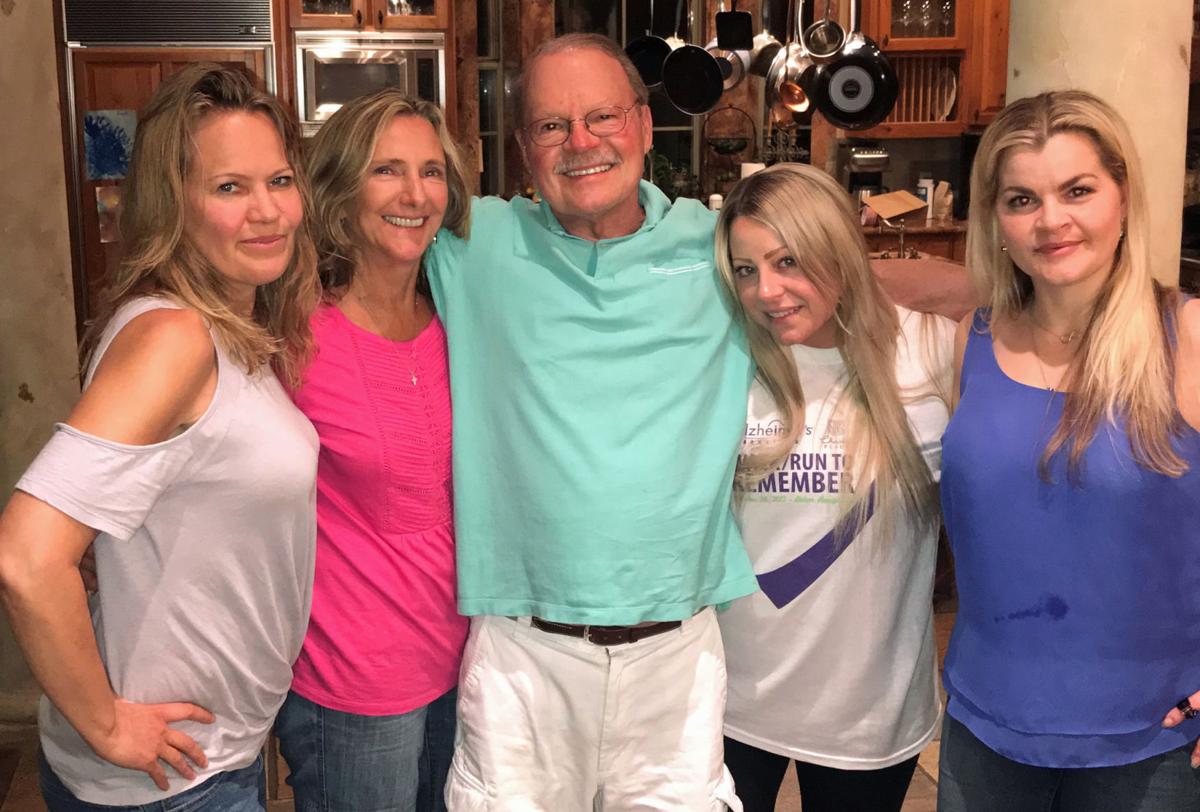 Naomi Sanderovsky, left, gained a family when a genealogy website showed that Mackie Price was her father. In this family photo are, from left, Sanderovsky, Marilyn Price, Mackie Price, Olivia Price and Mackenzie Shaw. 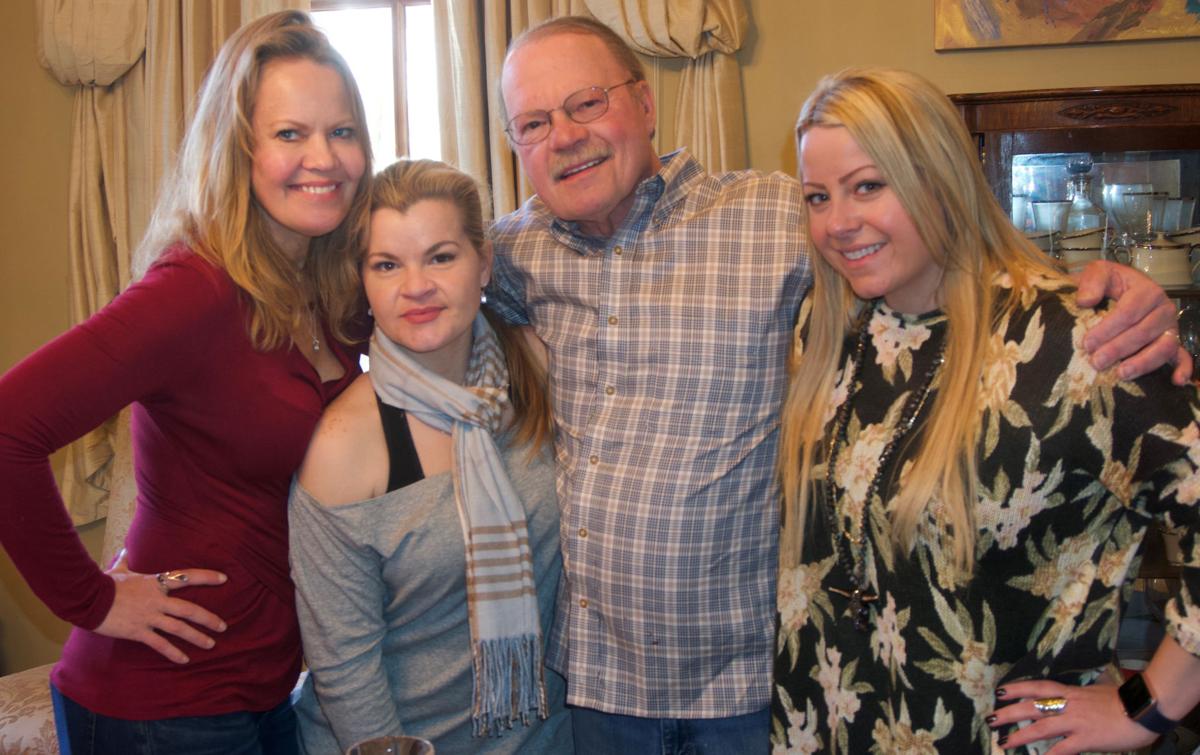 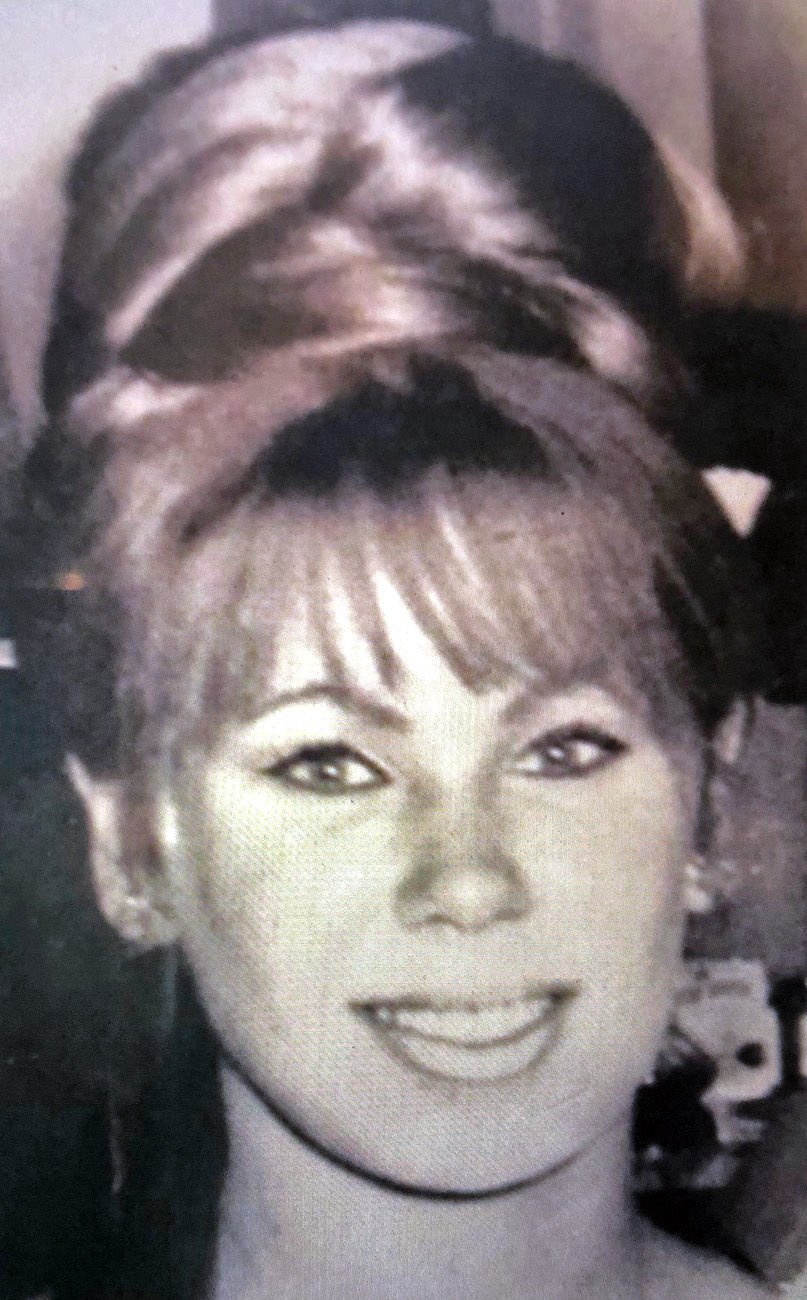 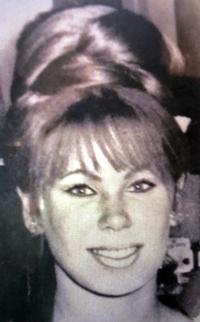 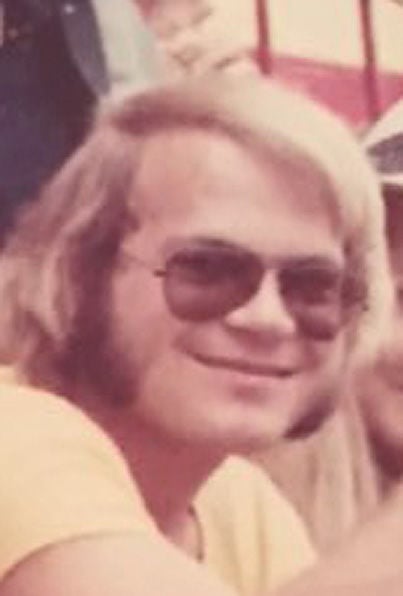 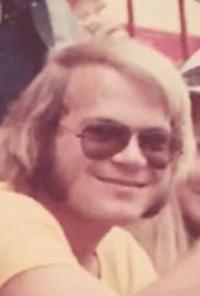 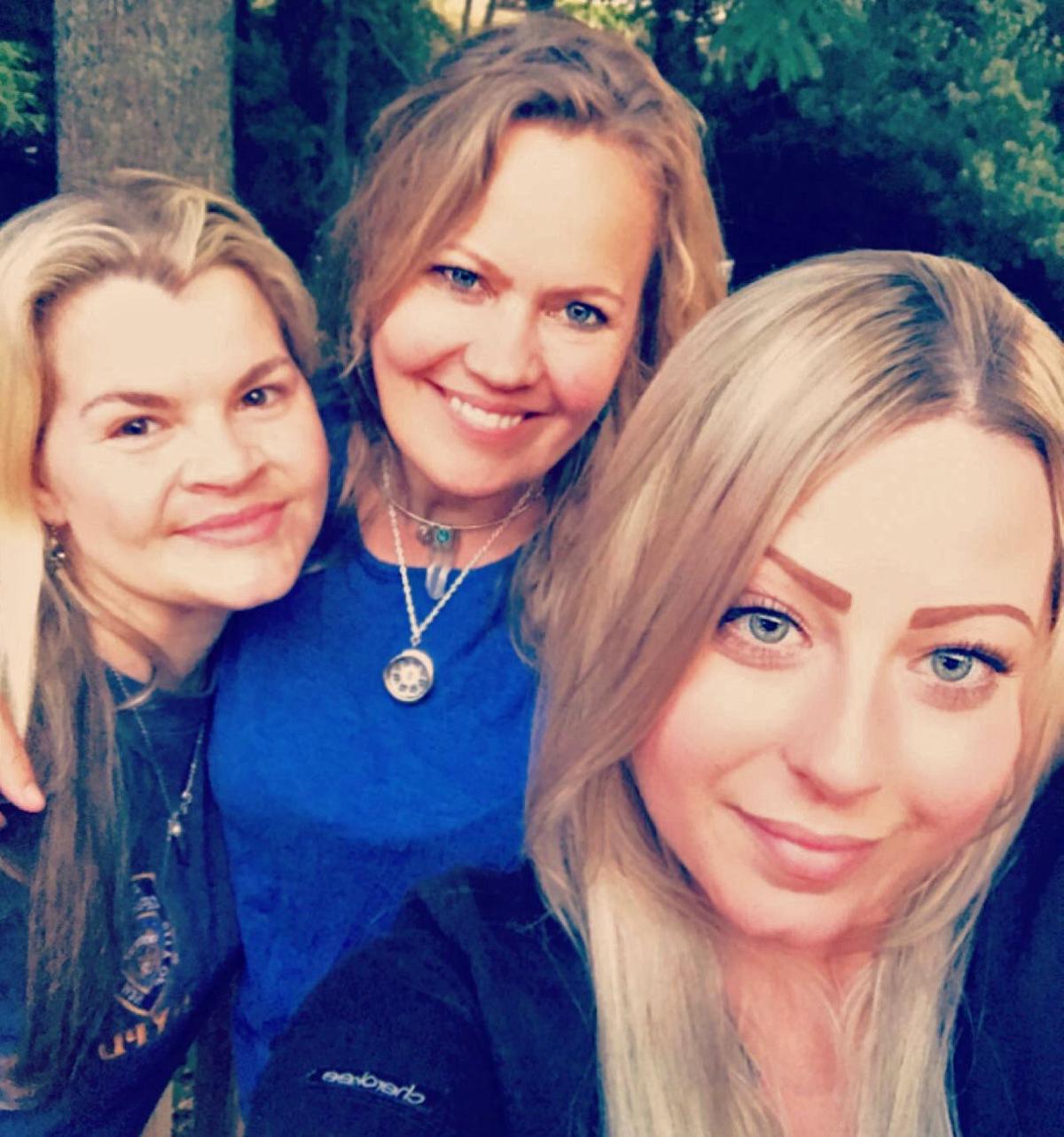 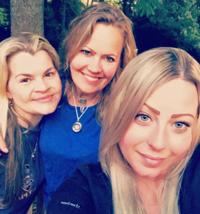 After each took a DNA test with Ancestry.com, Mackie Price and Naomi Sanderovsky discovered they were father and daughter.

Naomi Sanderovsky, left, gained a family when a genealogy website showed that Mackie Price was her father. In this family photo are, from left, Sanderovsky, Marilyn Price, Mackie Price, Olivia Price and Mackenzie Shaw.

Two years ago, Mackie Price tested his DNA to learn about his family’s past. The biggest discovery turned out to be a daughter he didn’t know about.

That kind of news isn’t always welcome. It has been for Price’s family. When his youngest child, Olivia, gets married on Nov. 2, his recently discovered daughter, Naomi Sanderovsky, will be in the wedding party.

“God brought her to us for a reason," Olivia Price said, "and it’s done nothing but add to our family.”

The until recently unknown part of the family started in 1970, when Mackie Price was visiting friends in Los Angeles. He saw Louise Kay handing out religious tracts on Sunset Boulevard but was more interested in her than her mission. The attraction was mutual, and they spent the night together.

The next day, she was embarrassed, Price said. He asked to see her again. She declined, and their contact ended.

Price returned to his native Baton Rouge, had a career as an entrepreneur and real estate developer, married, had two daughters and remarried and became involved in church activities.

Sanderovsky was born on May 25, 1971. Her mother struggled with substance abuse and mental health problems, and she mostly grew up in foster care or with extended relatives. Not knowing her father’s name, Sanderovsky took a grandmother’s surname.

“When I saw my mother throughout my teenage years, I would ask her, ‘Who is he?’” said Sanderovsky, 48. “Sometimes she would say, ‘God is your father, honey. You don’t need to worry.’ She had a lot of challenges and issues and illnesses. I could never get a straight answer.”

At 17, Sanderovsky set out on her own and worked her way through school. She earned a doctorate in philosophy and world religion from the California Institute of Integral Studies in 2004 and now teaches online classes at several universities. Her mother died in 2001 at age 50.

About six years ago, Sanderovsky registered her DNA with an ancestry site in search of her father, but it was only able to turn up distant cousins who couldn’t help her. She took another DNA test with Ancestry.com, which has a larger database. For months, she heard nothing.

In October 2017, she got an email. Ancestry had found her father.

“My jaw dropped,” she said. “I just couldn’t believe it.”

The shock wave soon reached Baton Rouge in a letter opened by Price's wife, Marilyn. Sanderovsky’s letter assured that she wasn’t looking for anything but to meet her father.

“I said, ‘This is a scam. You’d better call your attorney,’” Marilyn Price recalled.

Attorney Loren Kleinpeter contacted Sanderovky and checked out her story. She was, he told Price, “the real deal.”

First, he needed to tell his daughters, Mackenzie Shaw and Olivia. The family gathers Sundays at his home, so when Olivia arrived first, he showed her what Sanderovsky had sent him.

“It was this beautifully written letter about this wonderful, wonderful woman who was just trying to look for her dad, trying to find her dad … wanted simply to know who her dad was,” Olivia Price said. “Immediately, I started crying. I was, like, ‘Oh, my gosh, I have another sister.’ I was so overjoyed. My sister had the same reaction. We were so excited.”

Since then, the Prices and Sanderovsky have visited each other many times. Father and daughter talk twice a week on the phone, plus texts and emails.

“It really feels like we were never apart,” Sanderovsky said. “It really feels just so natural. I can’t explain it. I think part of it is that genetically, I seem to have taken so much from him — his mannerisms, the way he talks. … There’s so much I relate to about him, very sociable and openhearted. He’s very familiar to me and comfortable.”

Not everyone has shared that comfort level.

Mostly, people have found it inspiring. Sanderovsky’s 92-year-old grandmother, a Holocaust survivor who lost most of her family in concentration camps, has expressed her joy ever since learning of it. A grocery clerk who heard Price’s account broke down and cried and said, “God did this!”

“It was hard to wrap my brain around it at first,” Mackie Price said. “How do you deal with this? How do you act? But the more we’ve gotten to know each other, the closer we’ve become. It’s just been a real blessing. She’s just been a blessing to the family, a real add-on. My daughters love her. (Marilyn) loves her. I love her.”

The feeling is mutual.

“I said to my stepmother last week, ‘I didn’t just gain a father. I gained parents,’” Sanderovsky said. “I have a lot of compassion for my mother and what she went through. I don’t want to speak of her in any way that’s disparaging, but she wasn’t a parent for me. So, it really was like gaining parents, a mother and a father.

“It’s been quite, quite the journey.”