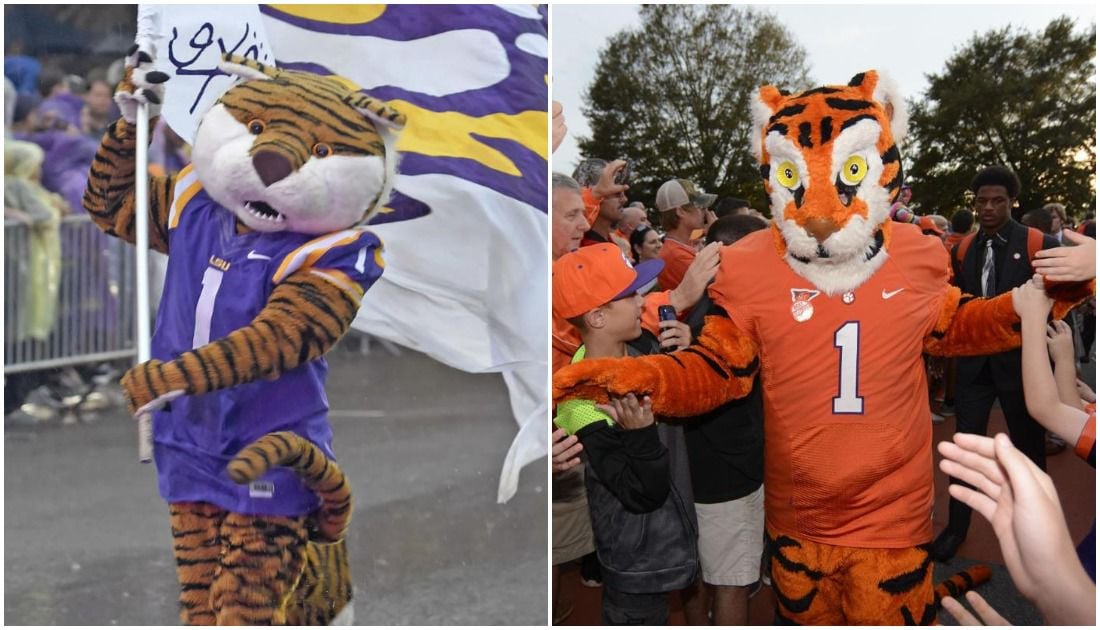 It's Mike the Tiger vs. Clemson's "The Tiger." 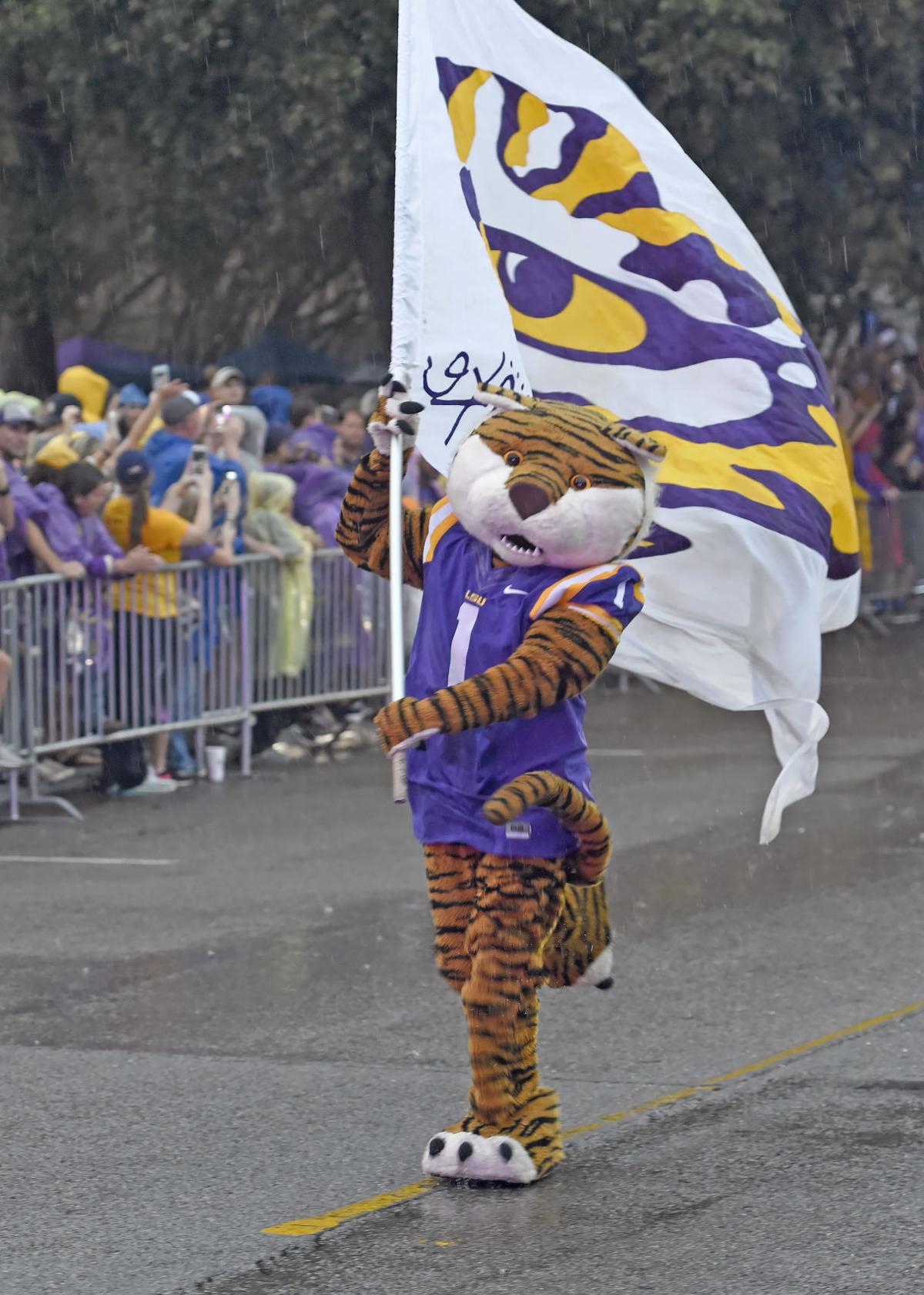 Mascot advantage definitely goes to LSU, whose  Mike the Tiger is big and robust. Points: 10 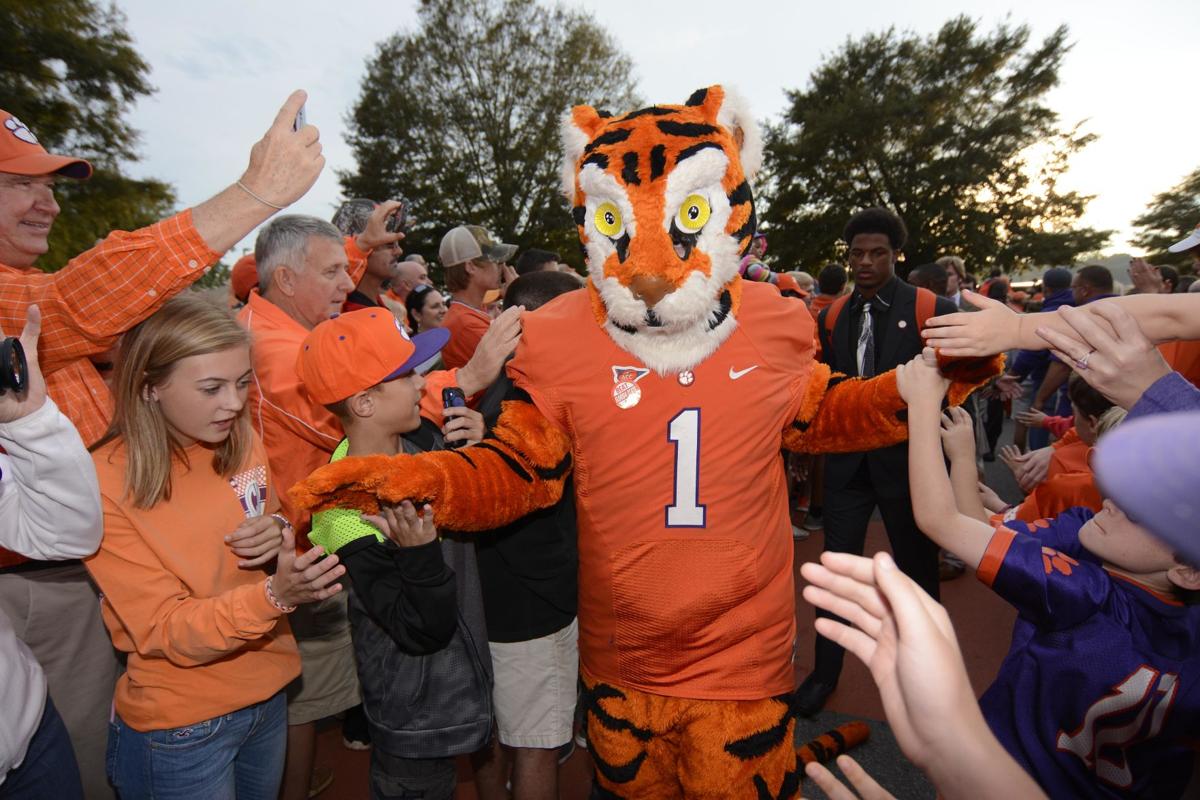 Clemson's Tiger (known only as 'The Tiger') has some seriously crazy eyes. Points: 0 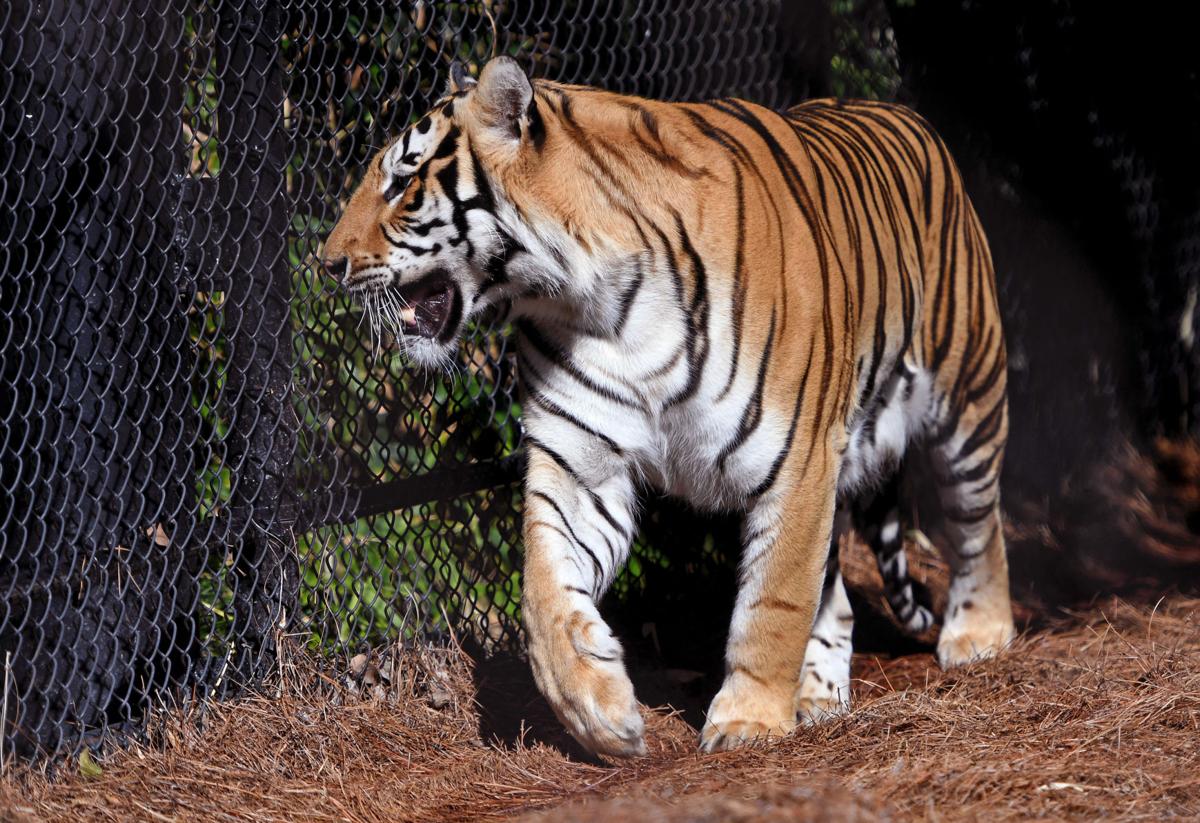 Only LSU has a live Tiger mascot. Points: 10 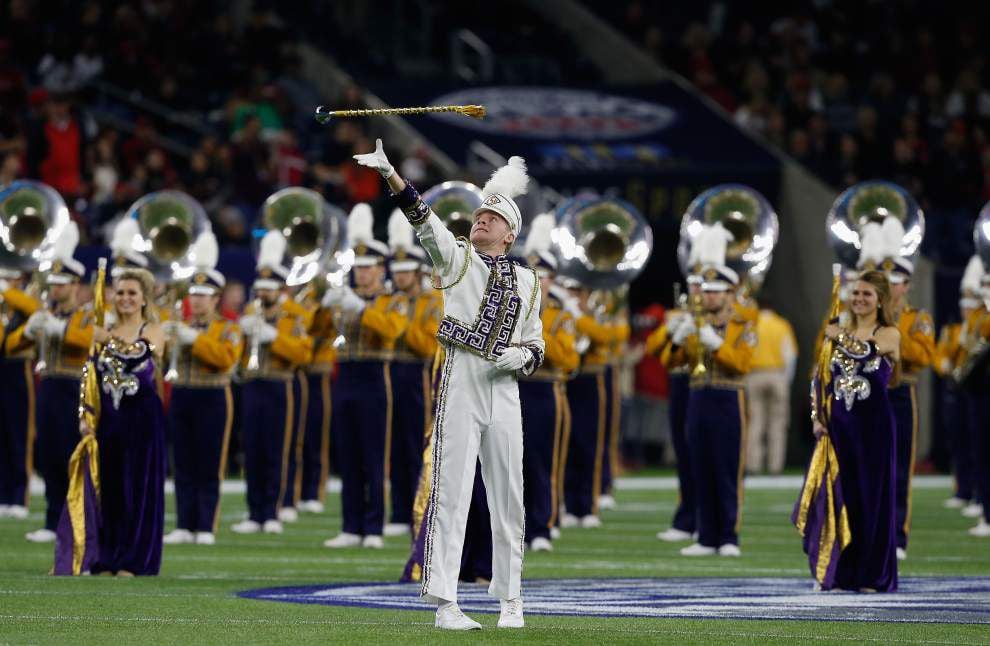 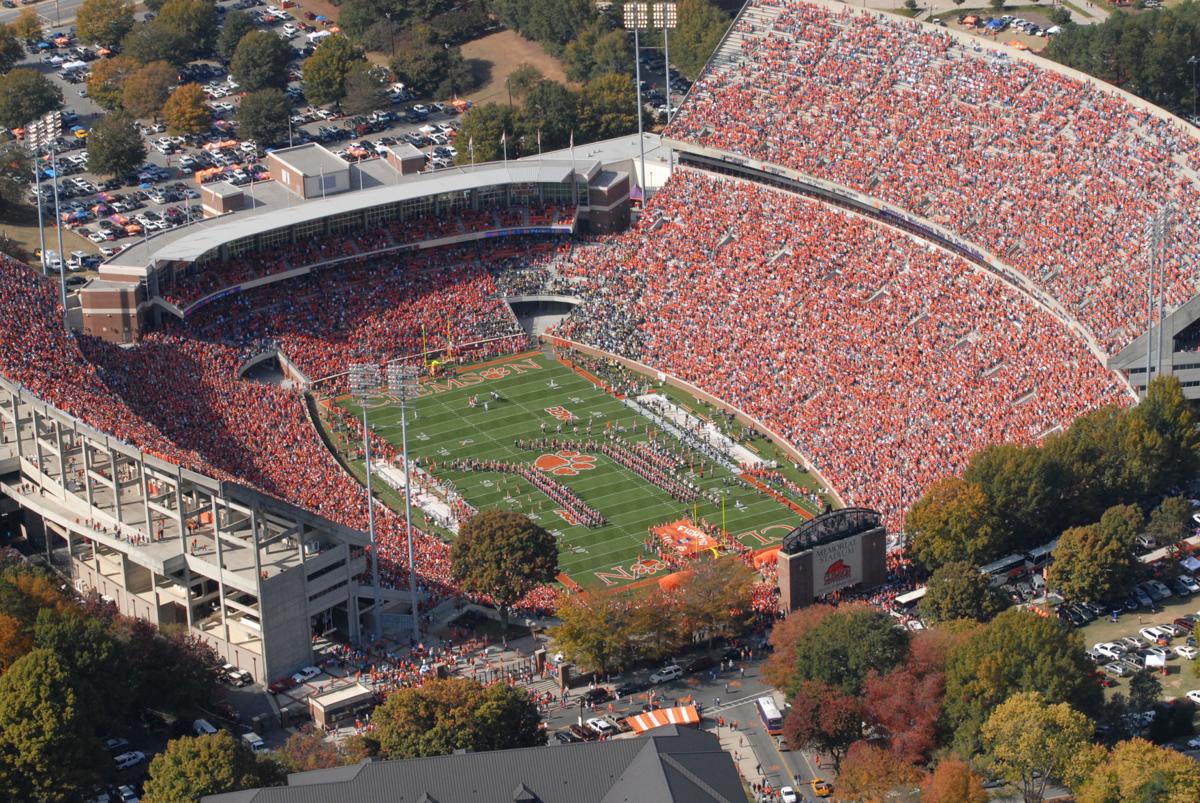 Clemson's Memorial Stadium claimed the Death Valley moniker long before LSU, and it is in an actual valley. Points: 6 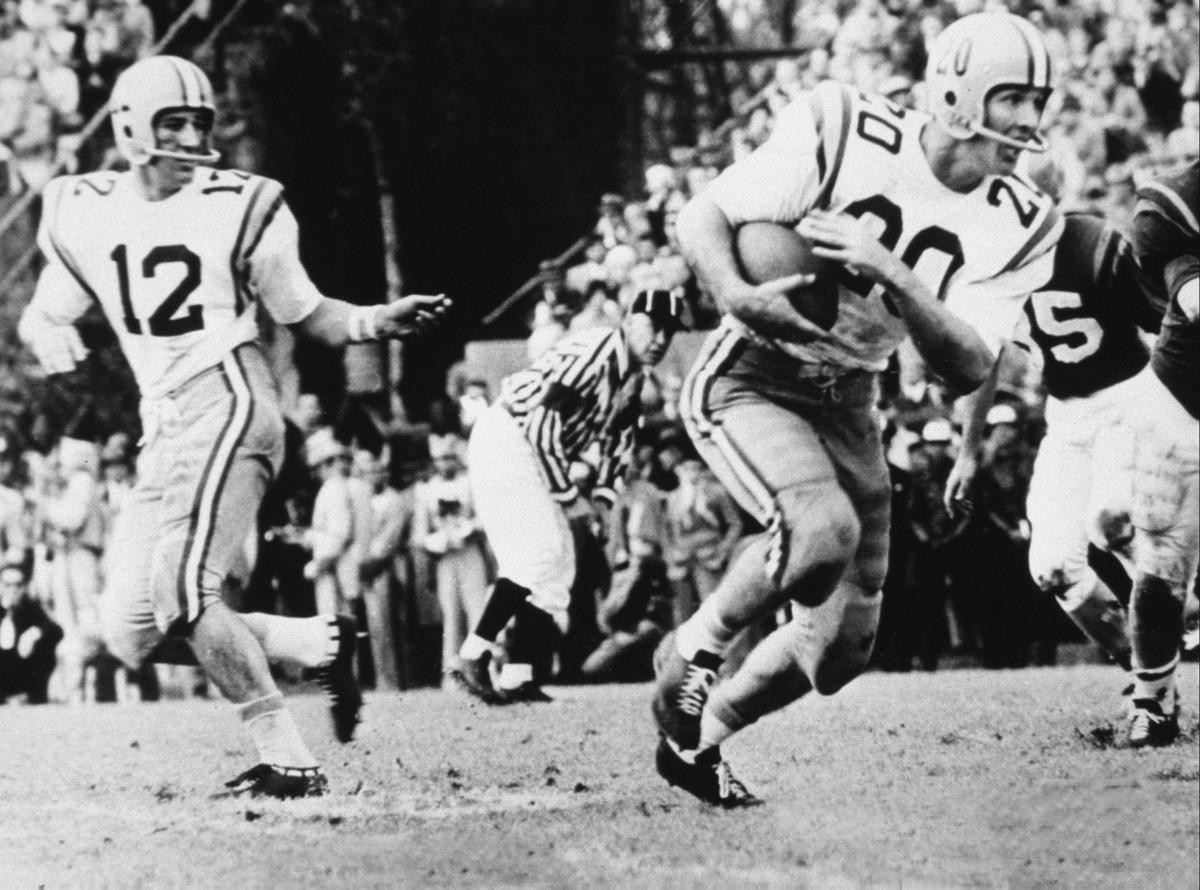 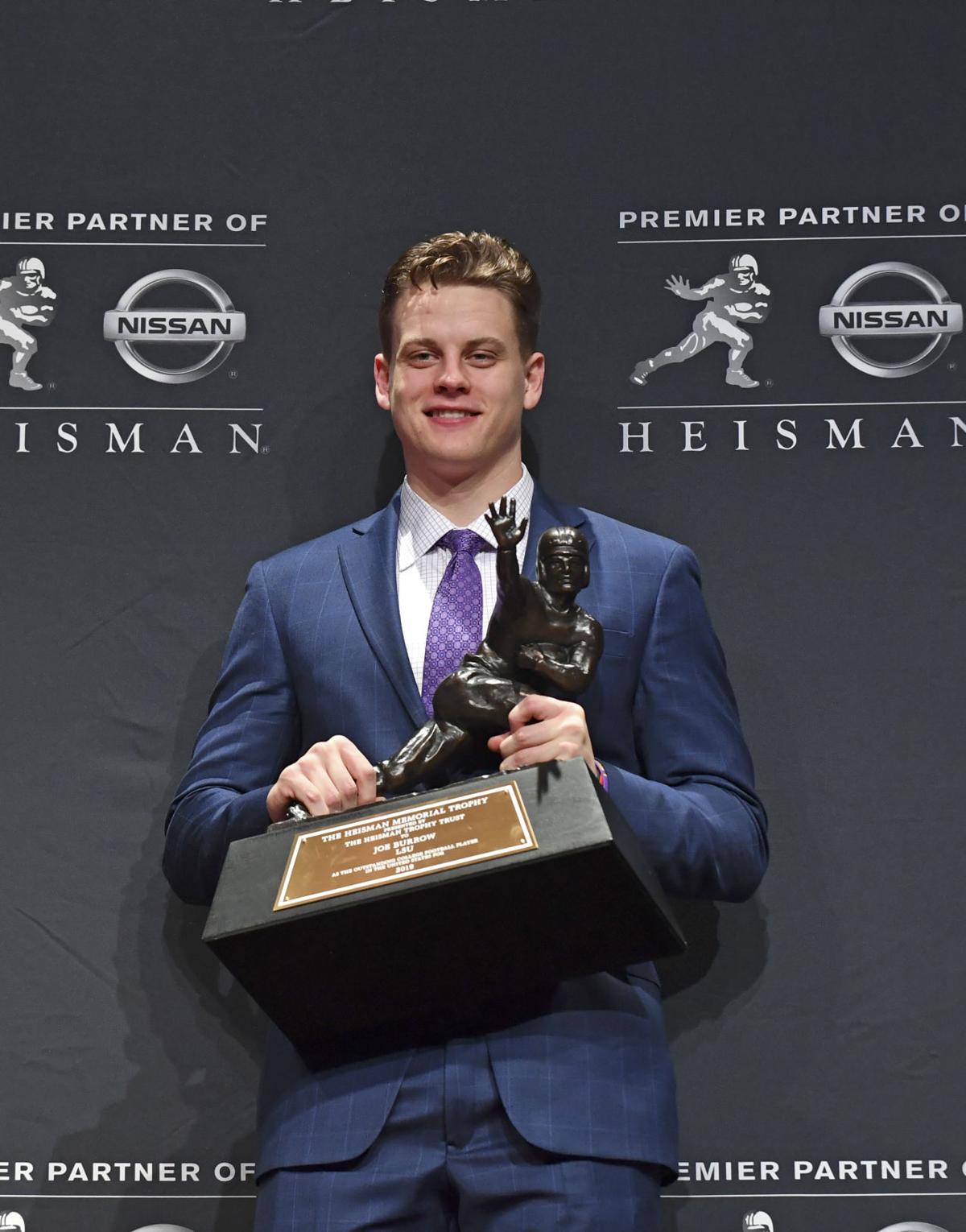 LSU quarterback Joe Burrow is only the second player, after Billy Cannon, to win the Heisman Trophy. It it can't be a coincidence he signed to play for LSU on the day Cannon died. And that is was Cannon who lead the Tigers to victory over Clemson in the 1959 Sugar Bowl. Points: 10

It's Mike the Tiger vs. Clemson's "The Tiger."

Mascot advantage definitely goes to LSU, whose  Mike the Tiger is big and robust. Points: 10

Clemson's Tiger (known only as 'The Tiger') has some seriously crazy eyes. Points: 0

LSU quarterback Joe Burrow is only the second player, after Billy Cannon, to win the Heisman Trophy. It it can't be a coincidence he signed to play for LSU on the day Cannon died. And that is was Cannon who lead the Tigers to victory over Clemson in the 1959 Sugar Bowl. Points: 10

Although they’ve both been playing football since the late 1800s, Monday will be only the fourth game between LSU and Clemson. So, why do those other Tigers seem so … familiar?

Let us count the ways, and tally up those little things that matter (other than the final points on the scoreboard).

There appears to be some serious copycatting going on here. We're looking at you Clemson, since the South Carolina school wasn't even on the map until 29 years after LSU opened in 1860.

LSU is accustomed to facing a team that shares its nickname, but at least Auburn has alternate nicknames like War Eagles and Plainsmen to distinguish it. Clemson got its Tigers moniker in 1896 when its coach, Walter Merritt Riggs, an Auburn graduate, used his alma mater’s nickname. LSU chose its mascot in honor of a Civil War regiment. Advantage LSU. It’s weak to borrow another school’s nickname.

Both schools have a costumed sideline mascot. LSU’s mascot is big and robust.

Clemson’s is skinny and has crazy eyes (seriously crazy).

While both LSU and Clemson claim to be Tigers, only LSU has a LIVE TIGER. Enough said.

LSU's mascot is Mike the Tiger, named in honor of Mike Chambers, LSU's athletic trainer when the first mascot was purchased in 1936. Clemson's mascot is called, and we're not kidding, "The Tiger." That's it. You can't even come up with a name?

Both bands play “Tiger Rag” a lot, but they don’t sound like the same song. Unlike the slow, majestic, four-note start to LSU’s version, Clemson fans rock to an up-tempo tempo. At the end, both fan bases use the closing notes to spell out a tribute to their team (T-I-G-E-R-S-Tigers! and C-L-E-M-S-O-pause-N!)

But nothing, and we mean nothing, compares with LSU's version. Come on, Dah, dah-DAAAAH-dah!

LSU and Clemson are both agricultural schools. We'll admit that Clemson is the ag-ier of the two. In fact, students at Clemson’s rival, the University of South Carolina, routinely chant “Beat the damn farmers!” Nobody chants that about LSU. Like many states, Thomas G. Clemson donated his family plantation to the state on the stipulation that it be used to create an agricultural college bearing his name. Louisiana State University and A&M College is both the state’s flagship university and its main ag school. We're going to give a slight advantage to Clemson for extra ag-iness.

Every day, drivers cruise by at a snail's crawl. Then they turn around and park in the lot behind Lemoine's Mid-City Daiquiri and climb out to…

Both programs refer to their home stadium as Death Valley. Clemson has been using that moniker since roughly 1948, when an opposing coach likened the heat at Clemson’s Memorial Stadium to that of the famous desert in California. It’s unclear when and how that nickname got attached to Tiger Stadium, but it was much later. However, Clemson's home field can seat only 81,500 compared to Tiger Stadium's 102,321.

Still, slight advantage to Clemson on the Death Valley claim since its stadium is in an actual valley.

Both campuses are adjacent to lakes. The ones by LSU’s campus were created in the 1920s when city officials eliminated a swamp between City Park and the new university campus. Clemson sits on the much larger Lake Hartwell, a 56,000-acre lake created in the 1950s. Its size and proximity once led members of the Clemson rowing club to ask Frank Howard, the athletic director as well as the football coach, to make it a varsity sport. His response: “We ain't gonna have no sport at Clemson where you sit on your butt and go backwards to win.” Advantage Clemson, if only because we love that quote.

Can't make it to LSU vs Clemson? Here are 5 places you can watch in Baton Rouge

The first time the schools played, it was in New Orleans, and LSU won the national championship. That was in the 1959 Sugar Bowl, when halfback Billy Cannon, LSU's only Heisman Trophy winner until Joe Burrow won it this year, threw a pass for the game’s only touchdown in a 7-0 win to cap an undefeated season that had already led the AP and UPI wire services to declare LSU national champion. The other two times the teams played were Peach Bowls in Atlanta, Georgia, with each team winning once. In one of those strange quirks of history, Burrow chose to transfer to LSU the same day that Cannon died. Gotta like that mojo. Points to LSU.