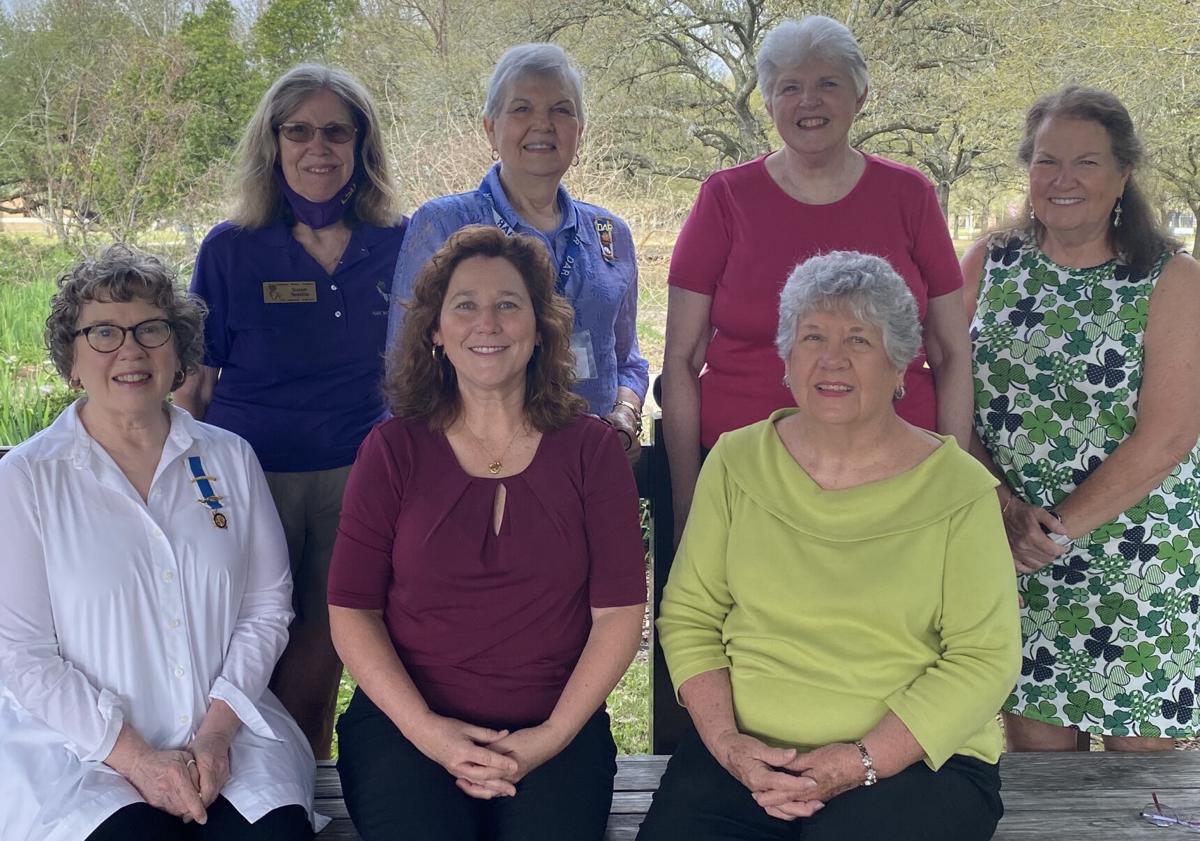 Audubon DAR -- Gathering at the John James Audubon Chapter of the Daughters of the American Revolution meeting on Feb. 22 are, seated from left, Dr. Bridget May, Melissa Lantz and Kathy Brumfield; and, standing, Dr. Susan Teddlie, Denise Lindsly, Candace Binder and Maribeth Andereck. 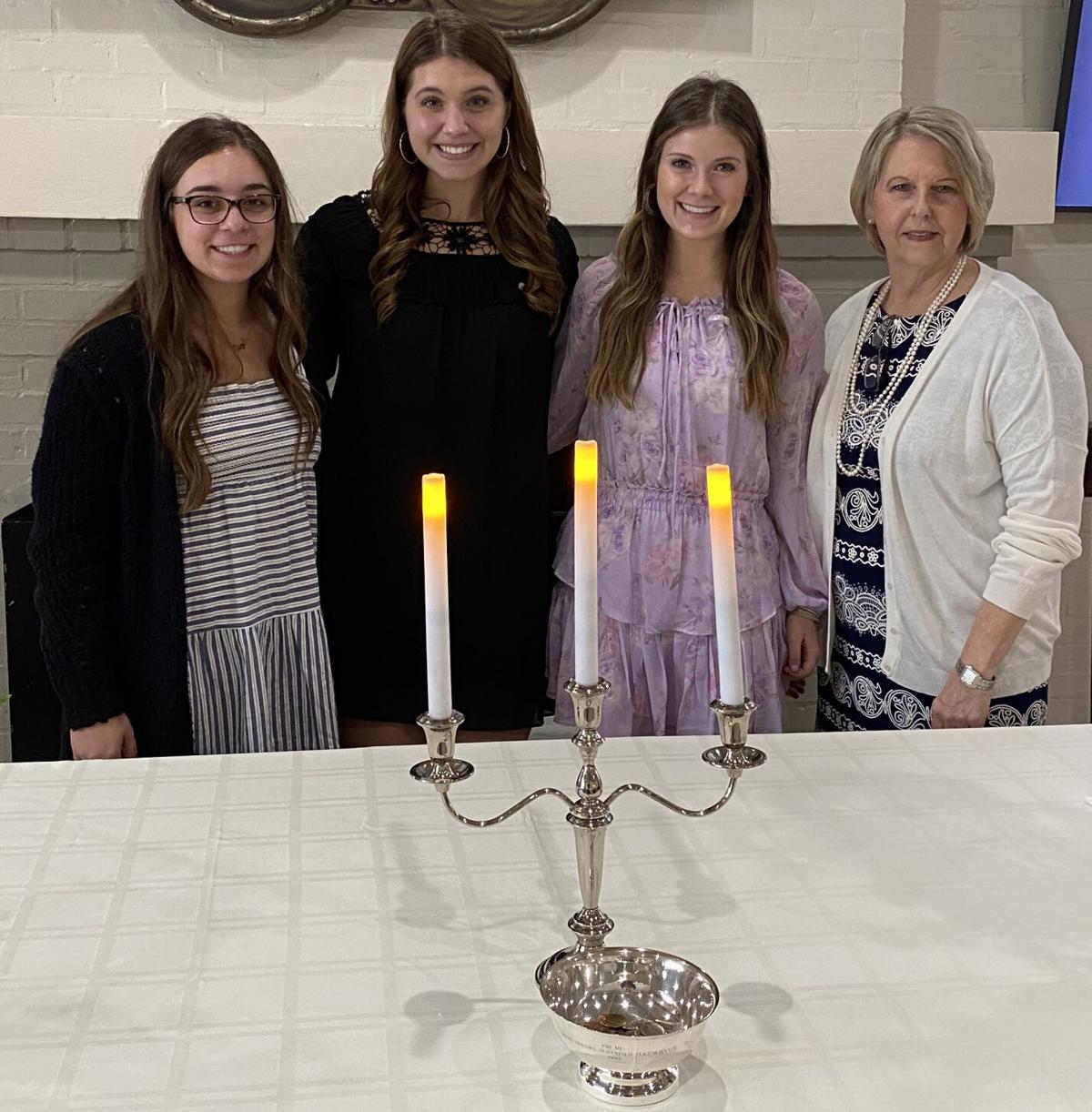 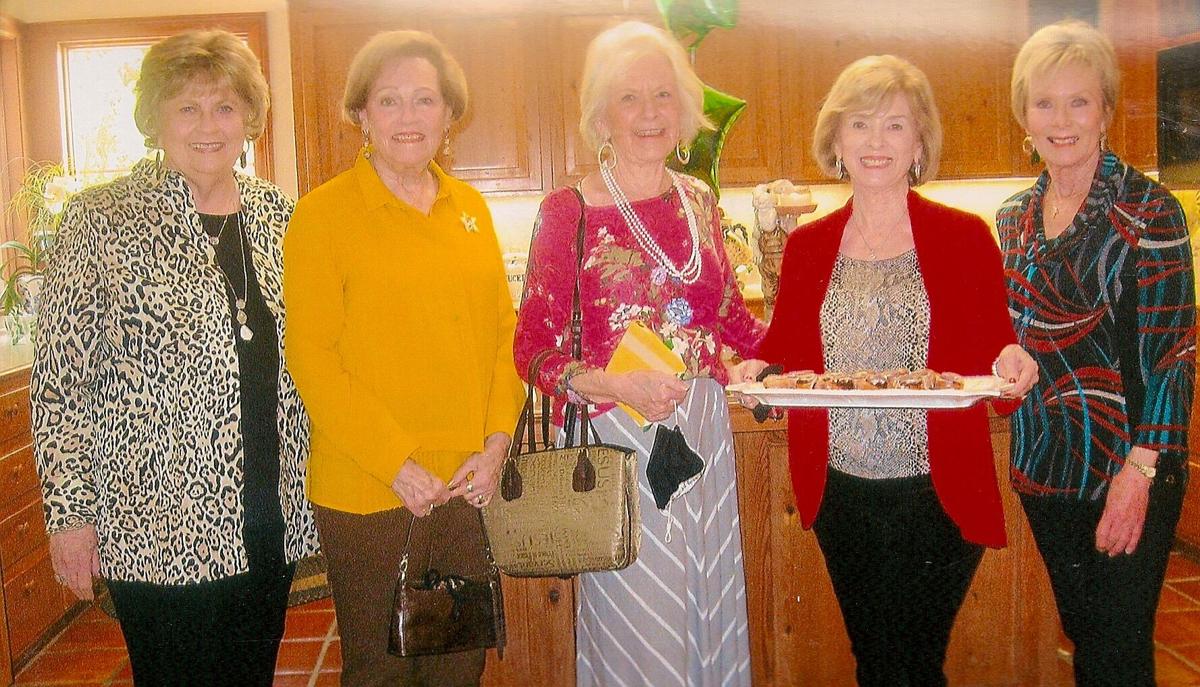 Audubon DAR -- Gathering at the John James Audubon Chapter of the Daughters of the American Revolution meeting on Feb. 22 are, seated from left, Dr. Bridget May, Melissa Lantz and Kathy Brumfield; and, standing, Dr. Susan Teddlie, Denise Lindsly, Candace Binder and Maribeth Andereck.

The Louisiana Art & Science Museum elected new Board of Trustees and Advisory Council members at its annual membership meeting held virtually on Feb. 15.

Dotson is production unit manager for HFE, Hydro Formulation and Ethoxylation for Shell. Nugent is a community leader and author of the cookbook "Five Seasons" with experience in public relations and real estate law. Tessier is senior director of public affairs for Louisiana and Arkansas for Union Pacific. Williams is vice president for preconstruction for MAPP, and Dexter is director of business development for Civil Solutions Consulting Group.

The officers of the museum's board of trustees for 2021-22 were confirmed at the March 8 board meeting. Elected were: Alexandra Layfield, of Jones Walker, chairwoman, succeeding Kathy Fletcher Victorian, of Healthy Blue Louisiana, who now serves as immediate past chairwoman; Ty Bromell, of Louisiana Lobbying Solutions, chairman-elect; Lauren Whatley, of Baton Rouge Coca-Cola Bottling Co., secretary; and Alex Tucker, of Faulk & Winkler, treasurer. Elected as members-at-large to the board’s executive committee are Paula Davis, of Louisiana House of Representatives District 69, and Jody Montelaro, of Entergy Louisiana.

Maribeth Andereck and Dr. Susan Teddlie spoke on becoming a Master Gardener when the John James Audubon Chapter of the Daughters of the American Revolution met Feb, 22 at the Iris Pavilion of the Botanical Garden. They explained the process and told hints and tips for gardening. Each member brought seedlings and cuttings for a plant swap.

Regent Margaret Tyler welcomed the members and guests. New member Melissa Lantz received a gift bag filled with DAR mementos, a history book of the chapter and a DAR pin. Chairwoman of DAR Schools Denise Lindsly collected packets of seeds for the Hindman Settlement School that will be used for families in the Appalachian area for the Grow Appalachia foodways program. Members brought donations of vegetable seeds that will be used by families as they learn to grow and preserve fresh and nutritious foods.

The Commemorative Events Committee highlighted the 2021 focus on the 100th anniversary of the Tomb of the Unknown Soldiers. Members were encouraged to plant a garden in tribute to the nationwide program of “Never Forget Garden” that encourages all to plant a garden in their own hometown to honor the unknown soldiers.

Candace Binder and Kathy Brumfield served on the Hostess Committee.

DAR membership is open to women 18 and older who can prove lineal, bloodline descent from an ancestor who aided in achieving American independence. She must provide documentation for each statement of birth, marriage and death. For information, contact Registrar Bridget May, bmantiquarian@gmail.com.

The home of Michael and Charlynn Coker was selected as the Plaquemine Garden Club's March Garden of the Month. The design has plants that are easy maintenance and provide color year-round. The landscape includes knockout roses, agapanthus, super petunias, Aztec grass and bridal wreath.

LSU-Alexandria Chancellor Paul and Arlene Coreil recently donated $11,000 to an endowment that funds the 4-H Youth Wetlands Program. Paul Coreil worked in Louisiana’s wetlands as an extension specialist and taught young people about the importance of protecting these areas as part of his decades-long career with the LSU AgCenter, from which he retired in 2013 as vice chancellor for extension.

The Youth Wetlands Program teaches Louisiana students in grades three to 12 about issues facing the state’s wetlands and coast as well as how they can be part of solutions. The program has recently expanded to offer its lessons and activities remotely through an online learning platform for educators and youth.

The Coreil endowment has been used to purchase supplies and to fund educational trips. This donation brings the Dr. Paul and Arlene Coreil 4-H Youth Wetlands and Coastal Resources Fund, which was established in 2013, to a total value of $100,000.