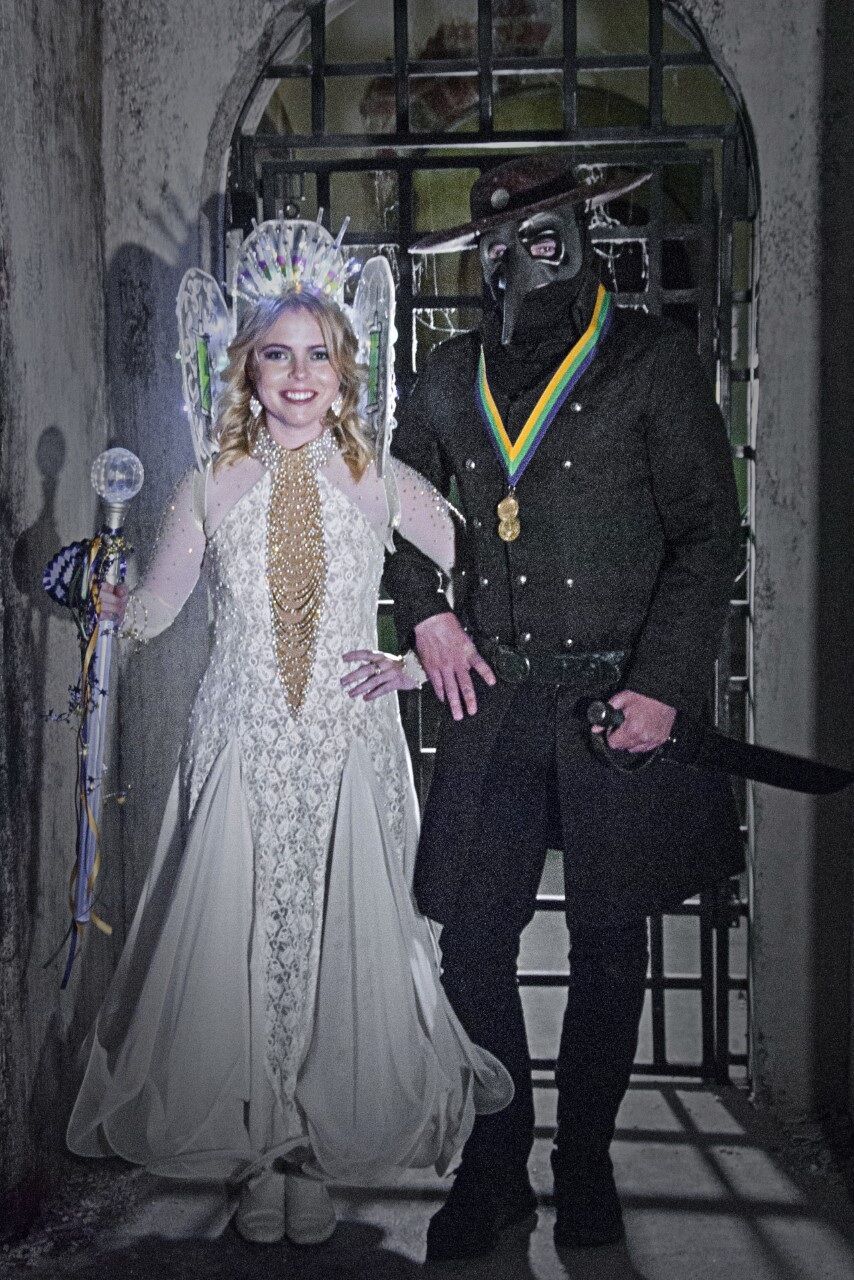 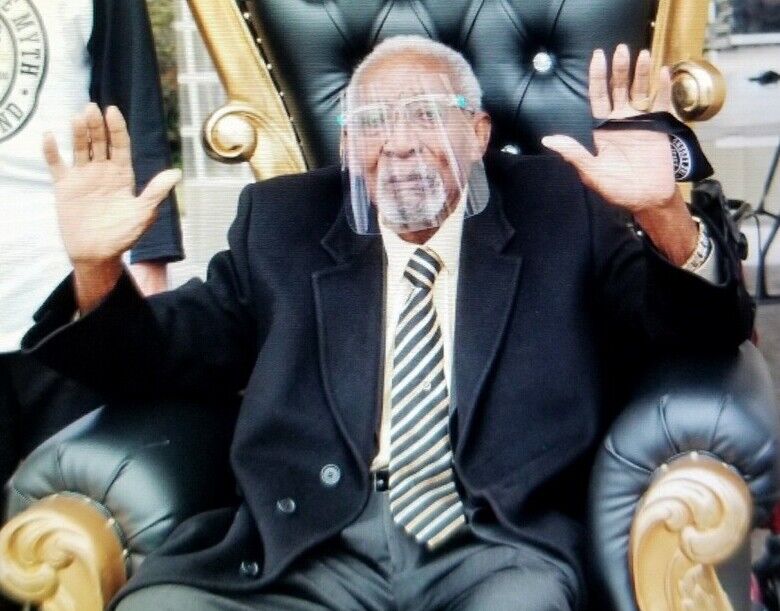 With no Mardi Gras balls or parades this year, the Krewe of Southdowns found a new way to celebrate.

On Feb. 12, which would have been the 34th year for the Southdowns parade, founder Dr. William Gladney combined celebrating Mardi Gras with the public health message to “Get the Vaccine,” hoping to provide excitement and hope of a return to normalcy to the community.

Gladney arranged for a limousine to transport King “Corona” Hudson Chesteen and Queen “Vaccine” Amanda Stephenson to four Baton Rouge hospitals to deliver king cakes to front-line health care workers, recognizing them for their hard work in vaccinating the community during the pandemic.

Helping to spread the “Get the Vaccine” message were past Southdowns royalty Adelaide Gladney, Terri DuCote, Frank and Dawn Muscarello and Gus and Sherry Wilkes. A logo designed by Thom Harris showed this year's "Queen Vaccine" winning a battle over the "King Corona," with the promise, “We’ll Be Back.”

Leroy Joseph Poydras celebrated his 100th birthday on Feb. 21. A drive-by parade of more than 200 cars marked the occasion in Park Vista Subdivision.

A native of Lafayette and lifelong resident of Baton Rouge, Poydras has been married for 57 years to Elsie Prejean Poydras and is the father of Kevin Poydras, of San Diego, California, and Cynthia Hayes, of San Antonio, Texas. He has four grandchildren and four great-grandchildren.

A graduate of Paul Breaux High School, Poydras served in the U.S. Navy. He received his bachelor of science degree from Southern University and his master's degree from Loyola University in New Orleans.

For 37 years, he taught biology, chemistry and physics in St. James and East Baton Rouge parishes. He is a member of Immaculate Conception Catholic Church in Baton Rouge.

The John James Audubon Chapter of the Daughters of the American Revolution held its annual George Washington Birthday Luncheon on Feb. 22 at Mike Anderson’s Seafood Restaurant.

State Regent Charlotte Hodge White was the speaker. South Central District Director Lauren Pourciau Durr was a guest. White spoke on her state project for the historic preservation of the Badin-Roque House in Natchez, Louisiana. The Badin-Roque House is an example of an early Creole building style known as poteaux-en-terre (posts-in-ground). This building was constructed by an early French settler circa 1770.

Surviving examples of poteaux-en-terre construction are rare due to the posts’ high susceptibility to water damage in Louisiana’s wet soil. It is believed that the Badin-Roque House is the only remaining building of its type in Louisiana and one of only four in the country. The house was purchased in 1979 by the St. Augustine Historical Society and added to the National Register of Historic Places.

Chapter Regent Margaret Tyler welcomed members and guests. Each attendee was given an embroidered handkerchief and a booklet on "Fashions of the 18th Century." Chapter Chairwoman of DAR Schools Denise Lindsly collected packets of seeds for the Hindman Settlement School that will be used for families in the Appalachian area for the Grow Appalachia food program.

Donations for the Badin-Roque House restoration may be given at lsdar.org. DAR membership is open to women 18 and older who can prove lineal, bloodline descent from an ancestor who aided in achieving American independence. For more information, contact Chapter Registrar Bridget May at bmantiquarian@gmail.com.

The American Legion Boyd-Ewing Post 58 met Feb. 1 at the LSU Alumni Center, its first in-person meeting since March 2020. The meeting also was conducted via Zoom.

Gordon Monk, president and CEO of the LSU Alumni Association, was a guest. The association's continued collaboration with Post 58 was recognized.

Anna Sanders, Post 38 color guard, gave an overview of how the color guard is organized and its mission, particularly in support of honoring Louisiana veterans who have died. Among those attending were Lillian Hoover, a World War II Navy veteran.

The next Post 58 meeting will be held at 11 a.m. Monday at the LSU Alumni Association.