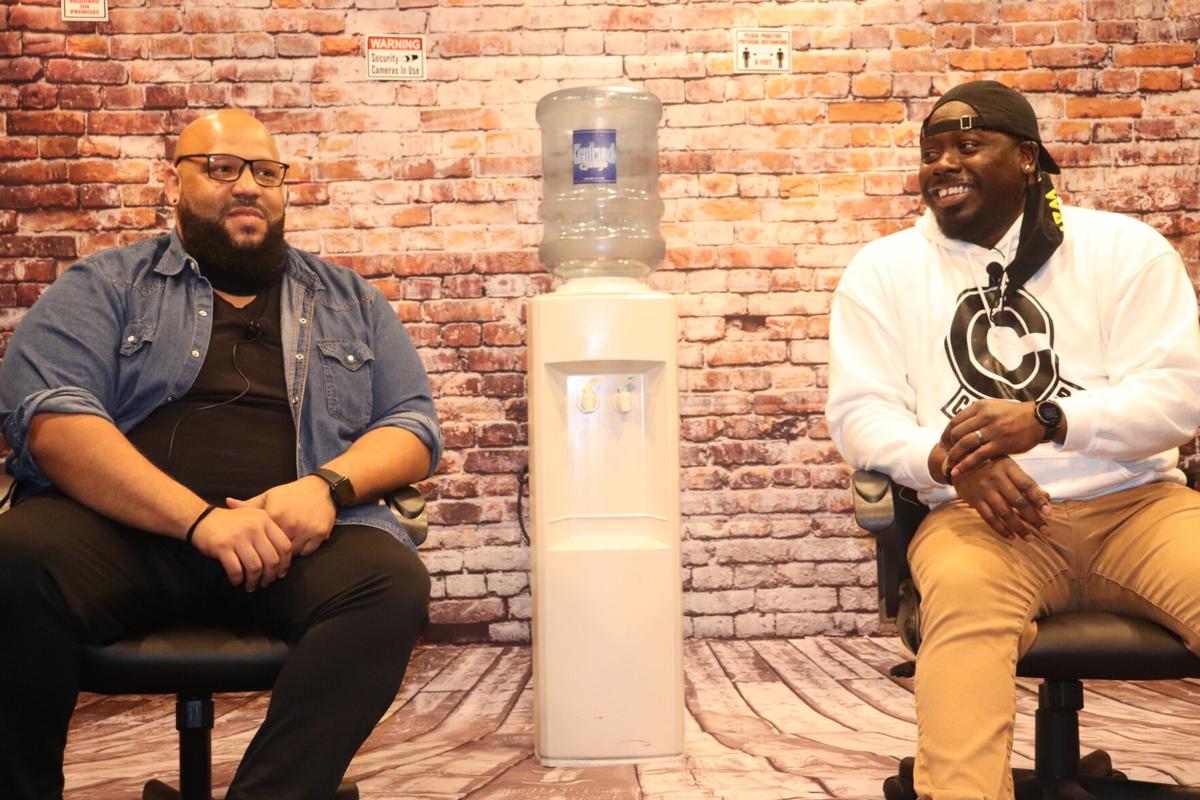 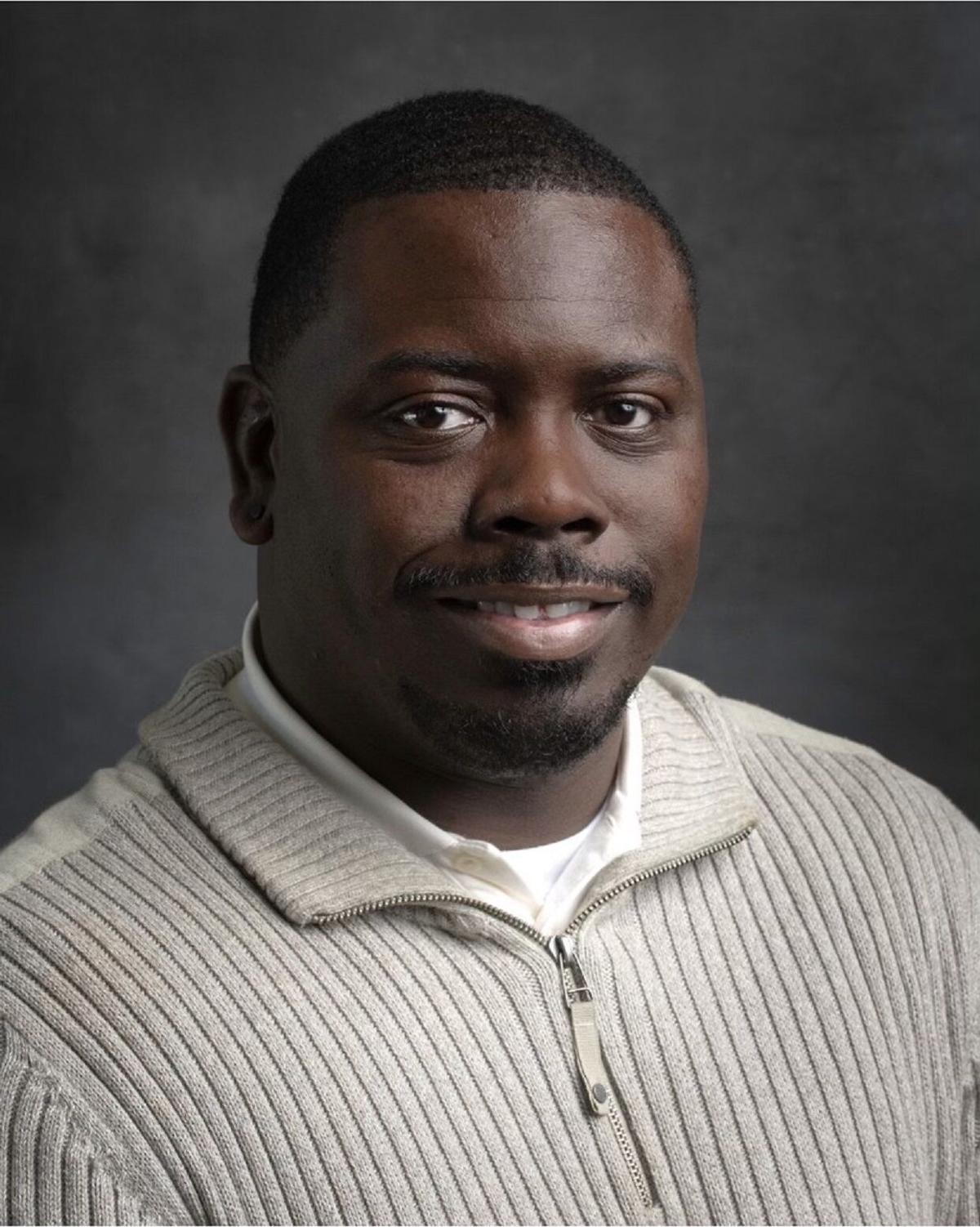 Baton Rouge's Will Merrill works at the Teachers Retirement System of Louisiana by day, and moonlights as a stand-up comedian. 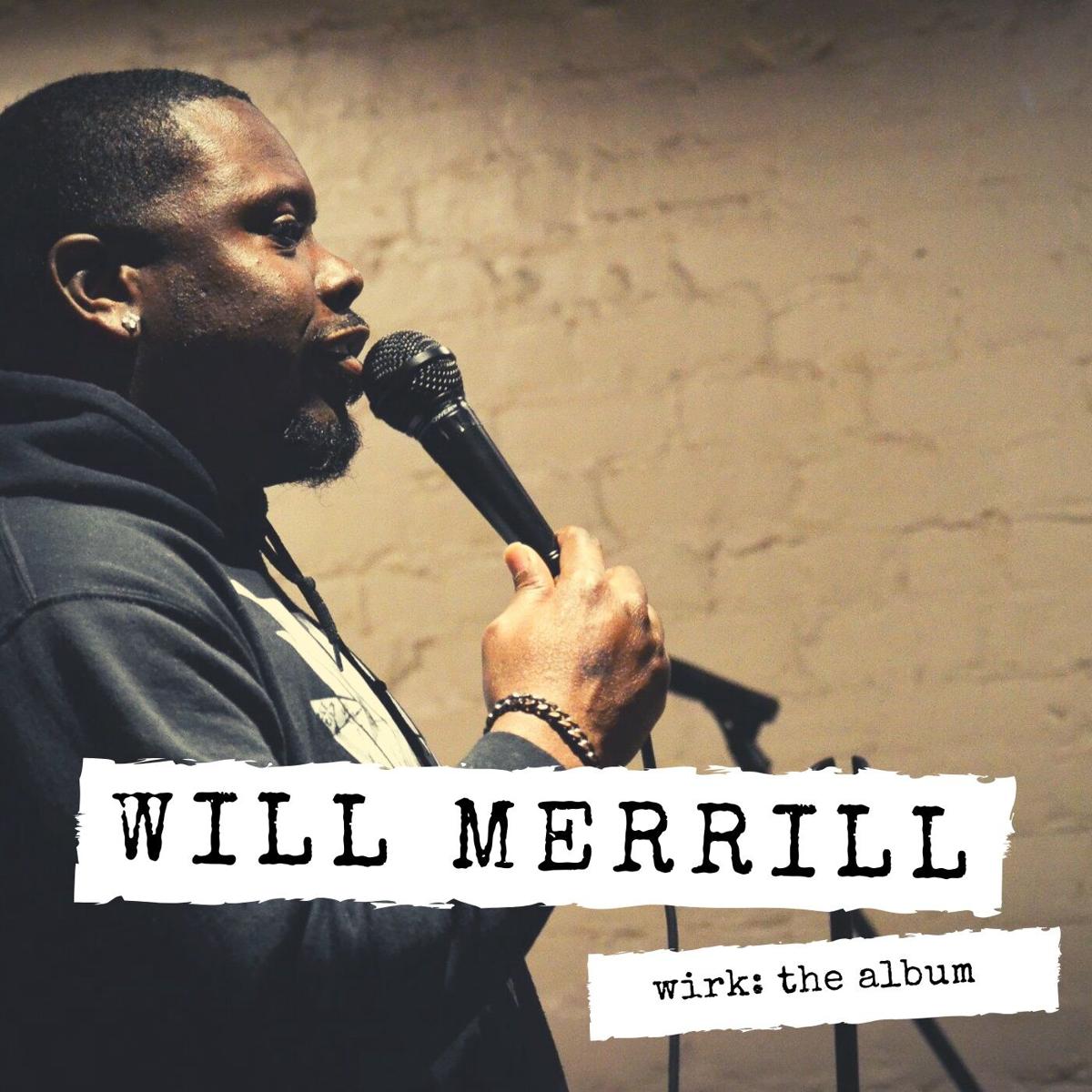 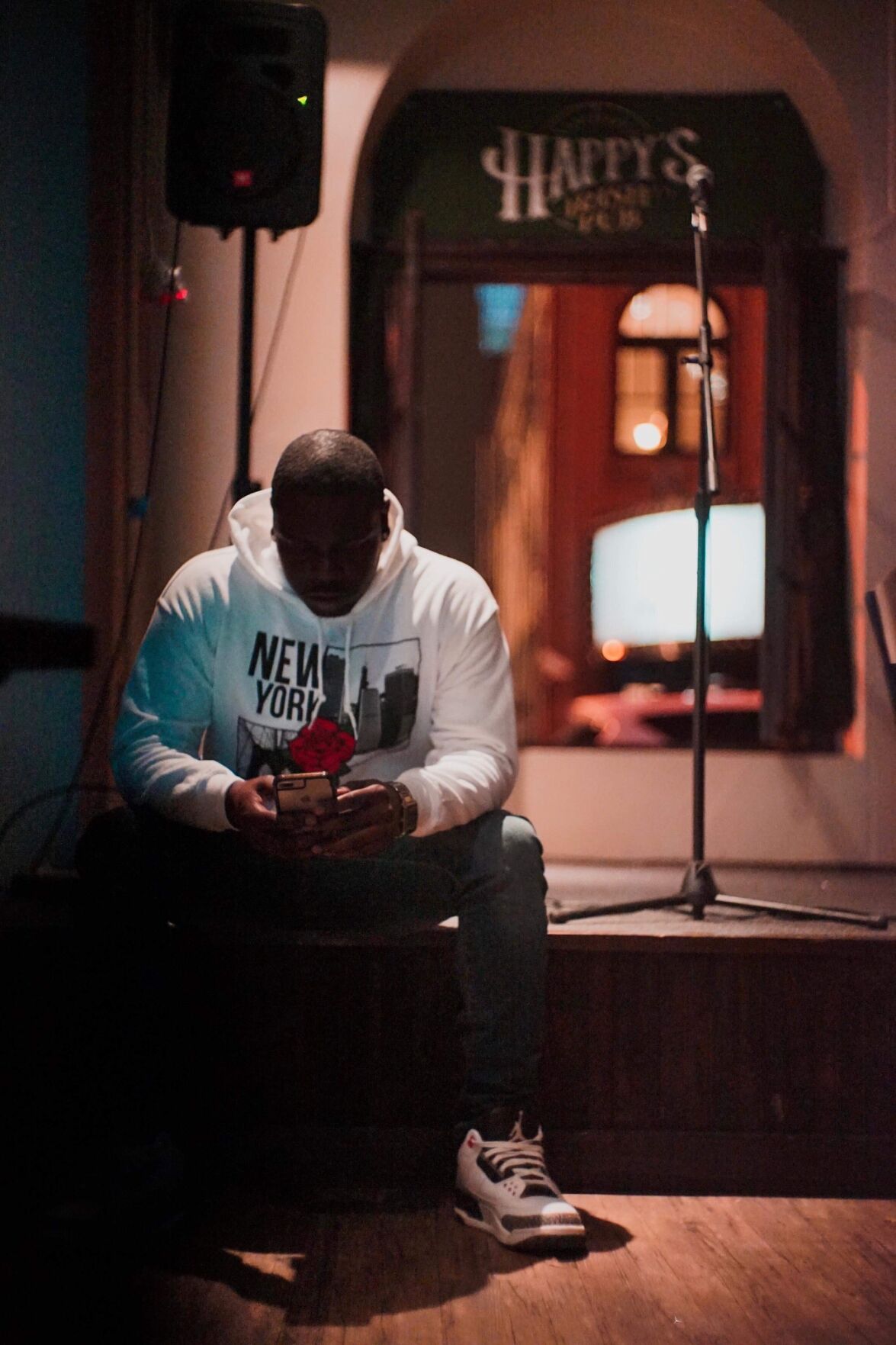 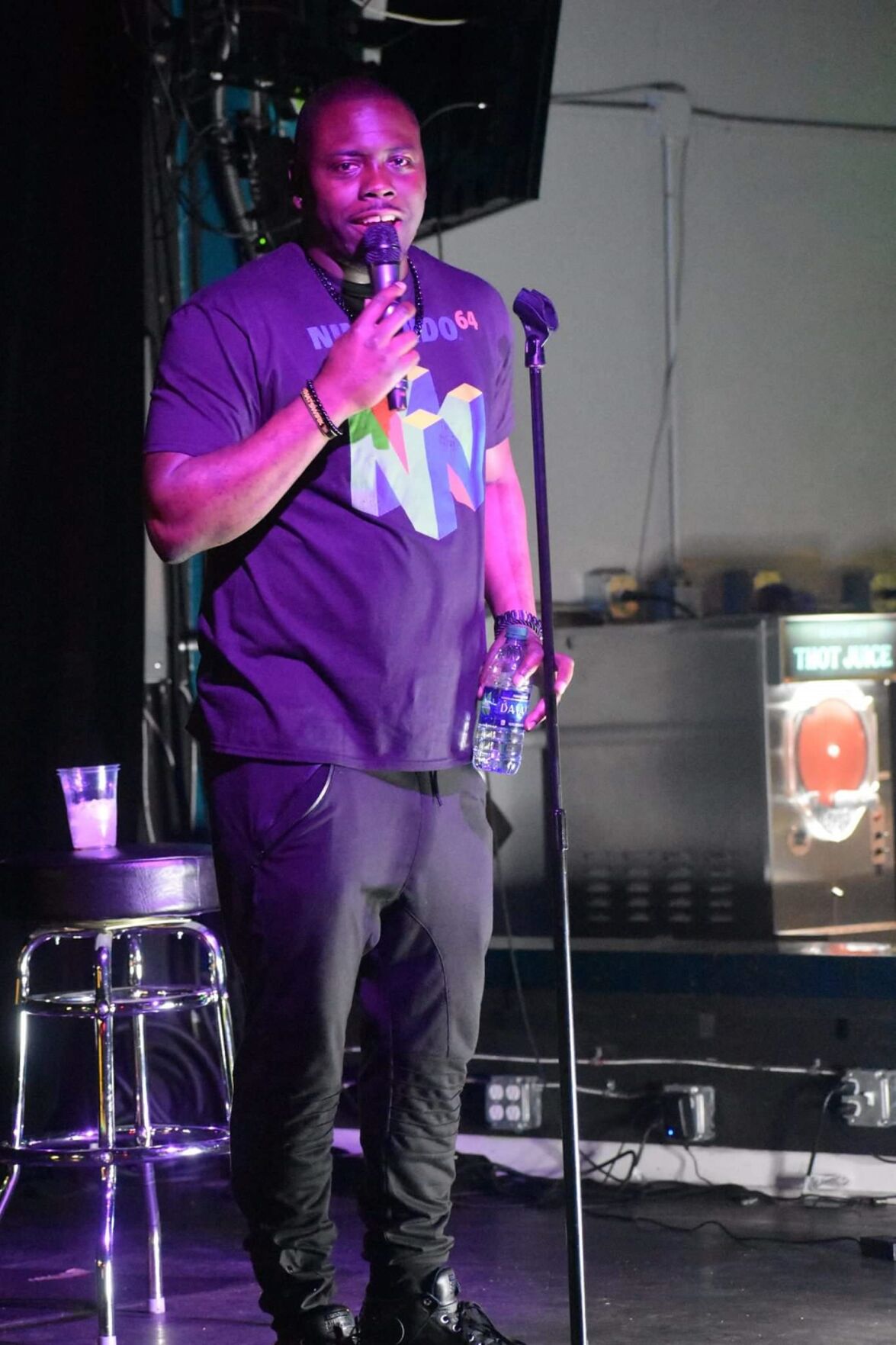 Will Merrill realized he was funny in high school. 'I would crack jokes and make funny remarks to my classmates and friends about random things,' he says.

Baton Rouge's Will Merrill works at the Teachers Retirement System of Louisiana by day, and moonlights as a stand-up comedian.

Will Merrill realized he was funny in high school. 'I would crack jokes and make funny remarks to my classmates and friends about random things,' he says.

He can turn seafood allergies, strapped finances and even newspaper obituaries into something funny.

Baton Rouge's Will Merrill has a comedic gift, and he enjoys sharing it — after 5 p.m., at least. The 36-year-old stand-up entertainer balances stage time with his day job at the Teachers' Retirement System of Louisiana. (Bet he finds fodder for his stage show there, too).

The married father of one daughter, with another on the way, also juggles filming of local Maddgame Entertainment series "The Late Shift with Will Merrill." The weekly half-hour show returns for a second season at 10 p.m. Friday, April 2, on WBTR, Channel 36 (cable Channel 19).

Merrill, who spent some of his childhood in Queens, New York, calls Baton Rouge home. He attended McKinley Senior High School, Baton Rouge Community College, and received his bachelor's degree in business administration from University of Phoenix and is working on his master's at LSU-Shreveport.

Here, Merrill discusses doing "The Night Shift," his inspirations, what one famous comedian thought of his first album and more.

When did you realize you were funny?

I realized I was funny in high school. I would crack jokes and make funny remarks to my classmates and friends about random things. I didn't step foot onto the stage until July 2010, when I went to my first open mic in Baton Rouge.

Do you have any formal comedy training?

I don't have any formal comedy training, but I've learned by studying other comedians' sets and their writing styles.

Who are some of the comedians who inspire you?

Where do your shows take you?

I perform all over the Gulf Coast, but Baton Rouge, Lafayette, and New Orleans are where I frequent the most.

How has COVID-19 affected what you do?

COVID has really slowed down live performing arts all around, but especially comedy. I was on my way to having a record year in 2020, but once the lockdowns started, all of my shows were canceled. I've done some virtual shows online via Facebook Live and Zoom, but it's not the same as having a live audience.

How have other events of the last year, Black Lives Matter, etc. altered the material in your act?

I normally address race in a light-hearted way, in a way where it brings it up and makes people aware, but not feel so uncomfortable when it is discussed. However, the events from last year have put a damper on my comedy spirit a lot. It was hard for me to find the punchline in the protests and the deaths of Breonna Taylor and George Floyd.

Your show seems to be R-rated. Do you have a tamer version of your act for say, a different audience, or for TV?

My typical show is definitely for adults; viewer discretion is advised. However, I can and have done clean comedy sets, TV sets, and sets for children. In fact, I hosted a baby shower for a friend of mine a few years back, so I had to be extra clean.

A new season of "The Night Shift" premieres next week. For anyone who hasn’t seen it, will you walk us through a typical show?

"The Late Shift" is filmed here in Baton Rouge at the Maddgame Entertainment office. It's a half-hour show that puts a twist on a typical late-night talk show. I usually start off with a monologue, but it's usually a joke or two about current events or whatever is on my mind. My guests are usually all from Baton Rouge, and I give them the opportunity to either highlight their talent, business, or event they may have. We also have a segment done by my co-host, Cornae Granville, called the "Water Cooler News." It's mainly celebrity gossip that has happened throughout the week.

Your first album, in 2019, got the attention of comedic star Sinbad. Will you tell us that story?

My good friend James Scottand, also co-captain of my paintball team, Durrty Bacon, sent the album to his (Sinbad's) people and after listening to a few tracks, he made a video talking about my album name, saying that "Wirk" was spelled wrong, but also gave me some encouraging words as well.

Any plans for a second album?

I'm currently working on material for another album, although I'm not sure when I'll record and release it.

How would you describe the comedy scene in BR?

The comedy scene is full of talented comedians in Baton Rouge. Our problem is that we don't have enough venues that would put on consistent shows to help the scene grow. However, the talent of Baton Rouge comedians can rival other cities, including Los Angeles, New York and Chicago.

Merrill's "Wirk: The Album" is available on all digital platforms. For more on Maddgame Entertainment, visit maddgameent.com.