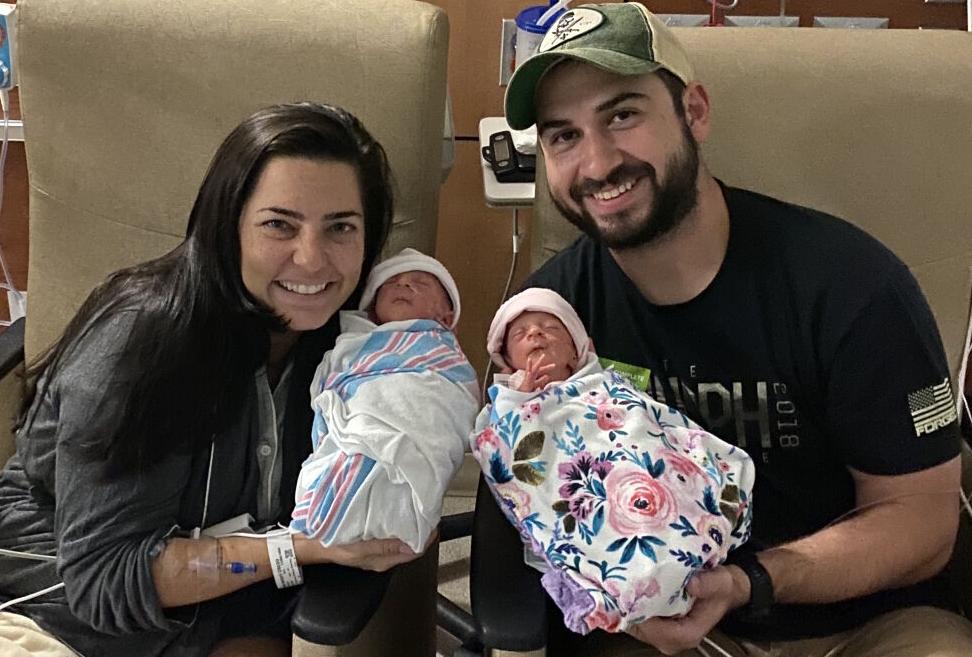 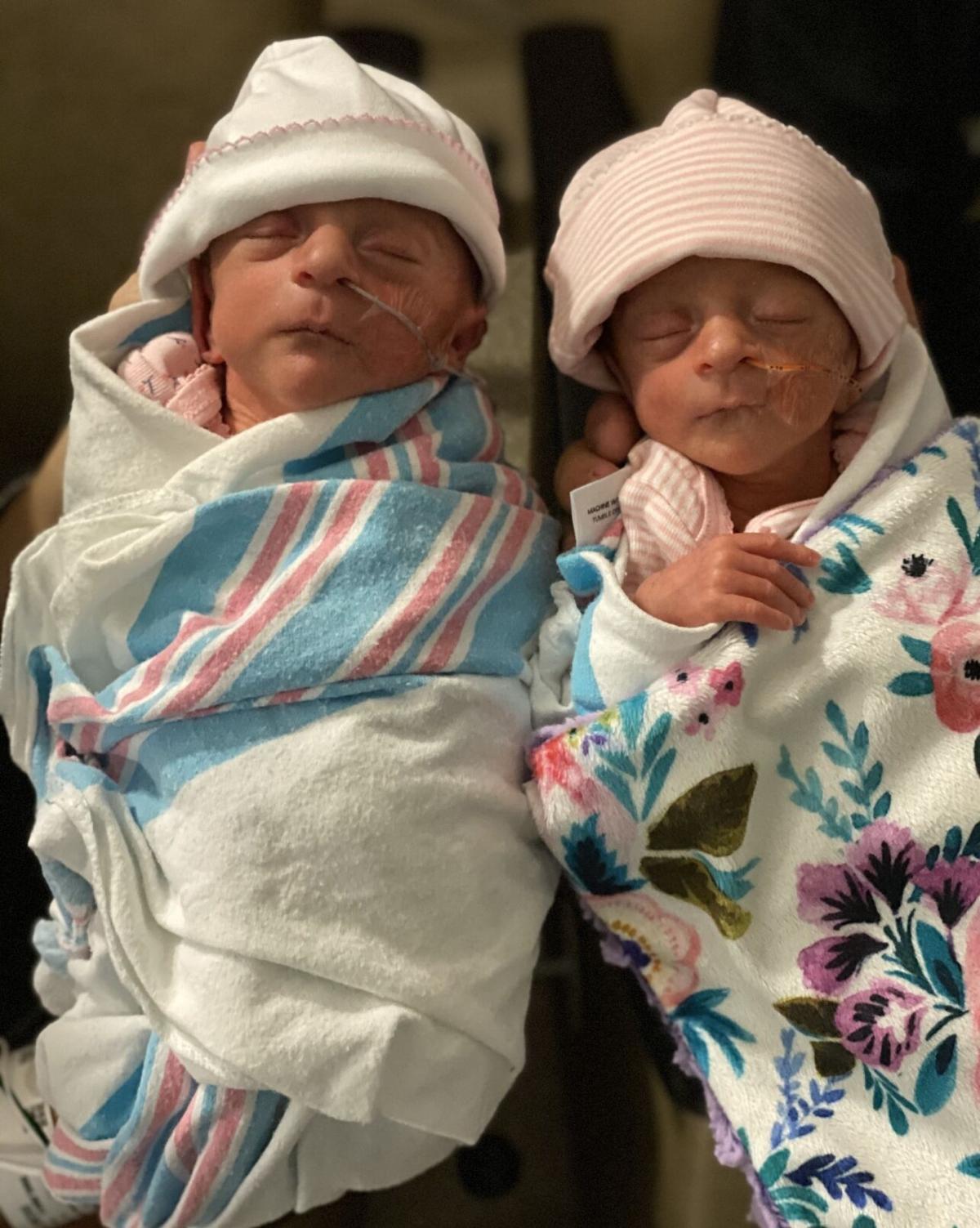 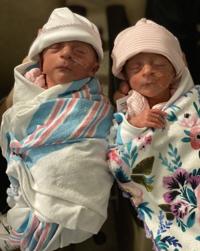 In September a second set of identical twins — Allie and Lola — joined the Credo family. 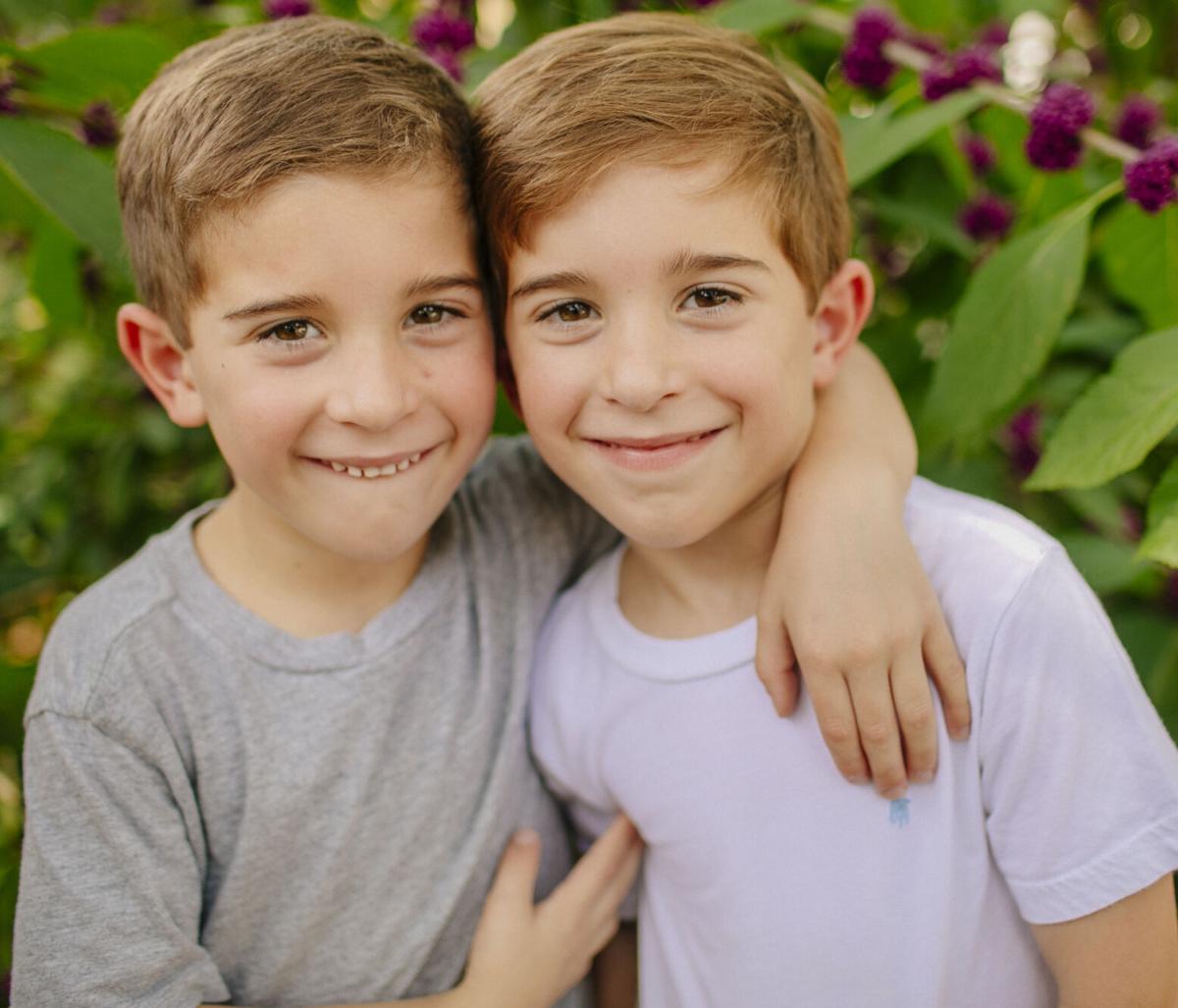 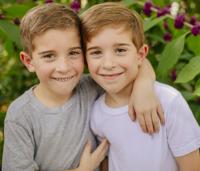 In September a second set of identical twins — Allie and Lola — joined the Credo family.

For Erin Credo, the ultrasound for her second pregnancy looked familiar and incredibly shocking all at the same time.

“I immediately saw it," Credo recalled. "There were two little yolk sacs.”

The image was familiar because she had seen the same thing six years ago before giving birth to identical twin boys, Cooper and Grant.

Dr. Cliff Moore, maternal fetal medicine physician at Woman’s Hospital, had never seen this before. He estimated it happens in about one in 111,000 pregnancies. About 8,000 babies are born at Woman's Hospital every year, said Caroline Isemann, "so that means we only see this about once every 15 years."

Unlike six years ago, Erin and Jake Credo weren’t trying to get pregnant, so they were surprised when it happened.

“I hurried up and found a doctor, and I know her nurse thought I was absolutely crazy because I was, like, ‘You don’t understand: I need an ultrasound or some blood work or something,” she said. “I need somebody to tell me this is one baby.

“When I had my ultrasound, I didn’t even know what to say. I texted a picture of the ultrasound to my husband, and he said, ‘Is that the boys?’ Nope. Round two. He was, like, ‘Oh, my God.’ Obviously, we were excited. We’ve done it before. Having twins, it’s all we know.”

What they did not know was pregnancy in the time of the coronavirus, and in mid-August, everyone in the family contracted COVID-19. Their cases weren’t severe but nerve-wracking.

Working together, these polar opposite Lafayette sisters tackle TV's 'The Amazing Race'

“The biggest concern they had was any respiratory issues I might be having,” Erin Credo said. “The shortness of breath was probably the most frustrating part of having COVID, because at what point does that shortness of breath cause concern? So, I just stayed in touch with my doctors constantly and kind of explained how I was feeling. Thankfully, we didn’t have any major issues that would have exacerbated the situation. We were really blessed.”

The girls were born after 32 weeks and three days — premature, but that’s not uncommon for twins. They have remained in the hospital’s neonatal intensive care unit until they can gain more weight and better regulate their body temperature.

“She’s going to take home two babies out of this because she made it far enough along,” Moore said.

And that’s when they will meet their brothers, who had a similar NICU journey.

“Honestly, I’m still in disbelief that we have four kids,” Erin Credo said. “I don’t know that it will actually sink in until we bring the girls home.”

At Theatre Baton Rouge, the show goes on for its 75th season — even as a pandemic continues

Theatre Baton Rouge never dreamed it would be celebrating its 75th season amid a pandemic. But, in that time-honored theater tradition, the sh…