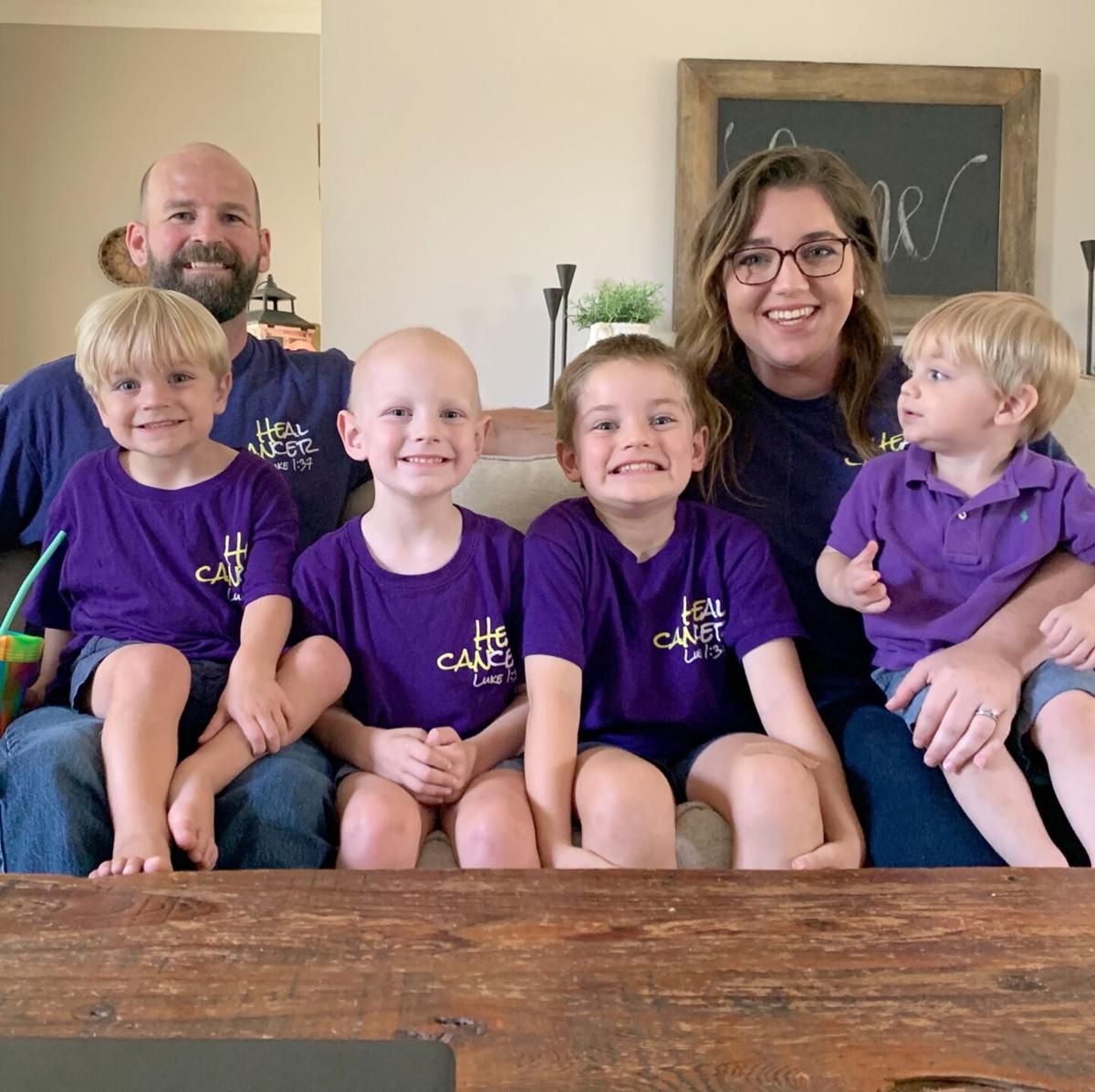 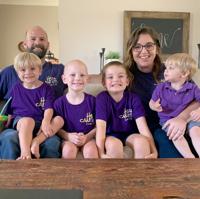 Beyond the coronavirus pandemic, 2020 has proved to be a medically horrific challenge for Nick and Amber Johnson and sons, from left, Matthew, Ethan, Benjamin and Lucas. 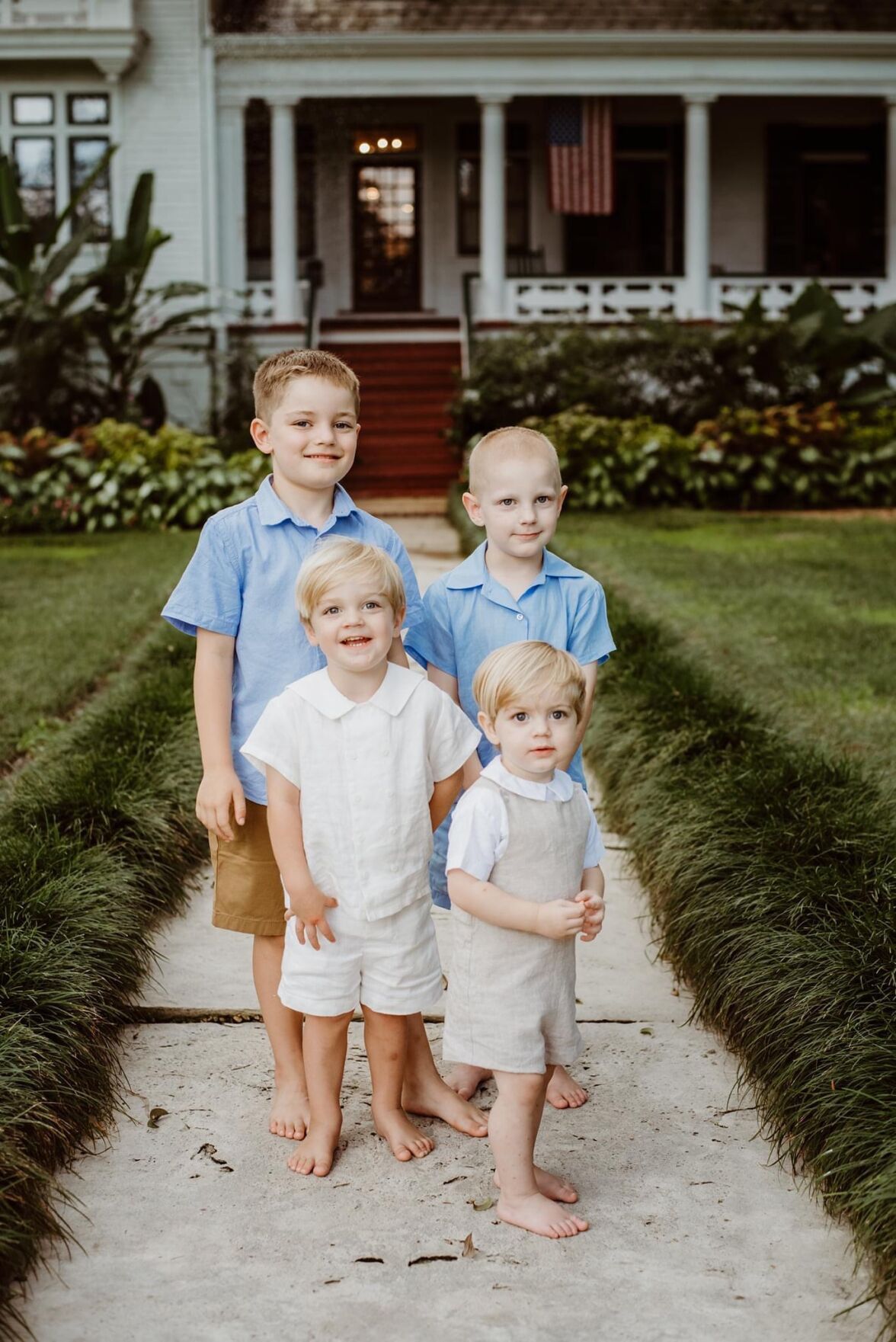 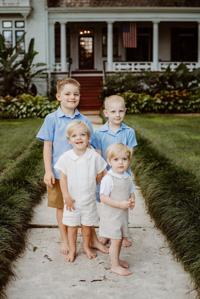 The Johnson boys, front row from left, Matthew and Lucas, and, back row, Benjamin and Ethan have had a rough year with Matthew suffering a head injury, Ethan struck with kidney cancer and Benjamin developing diabetes. 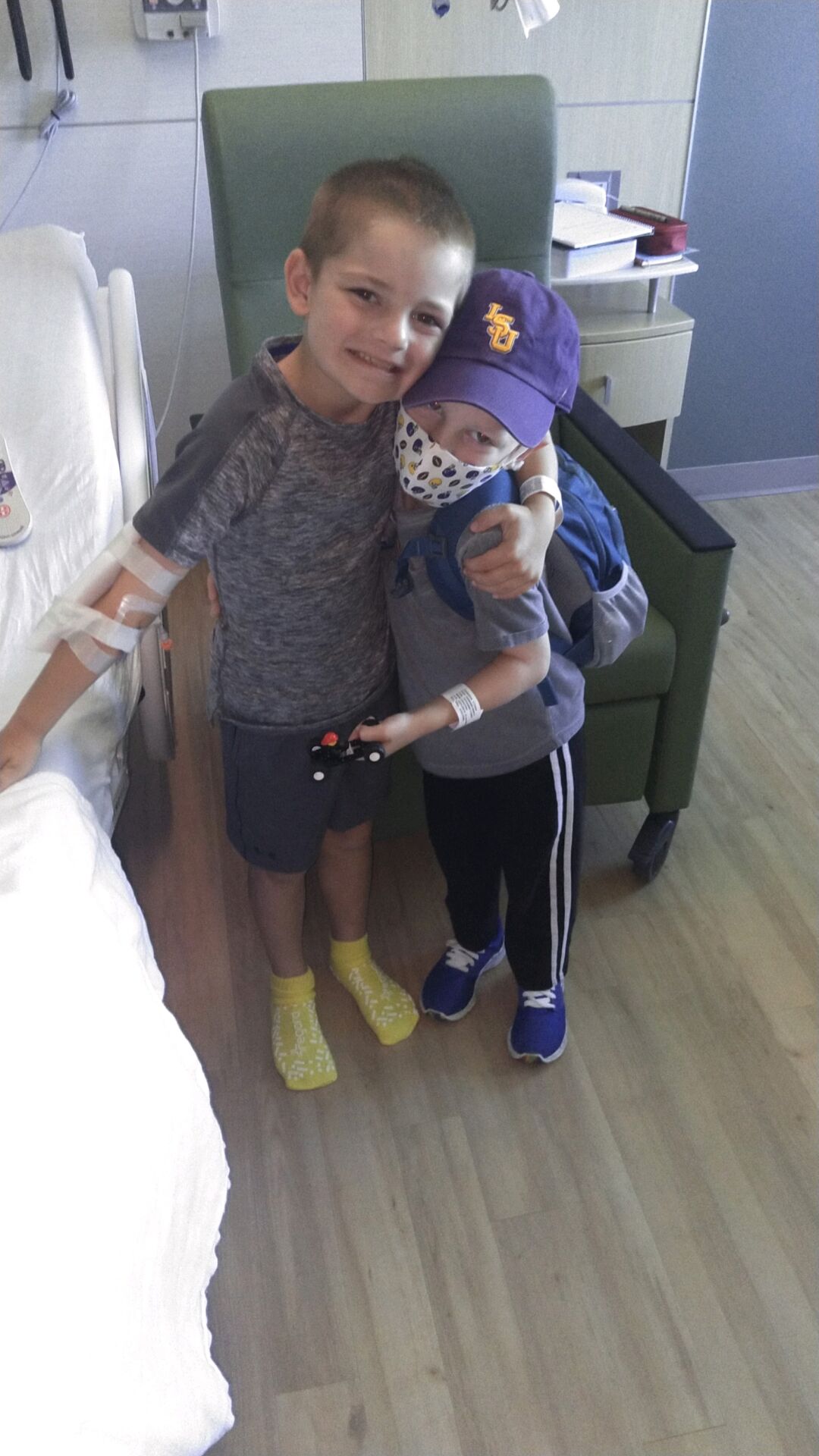 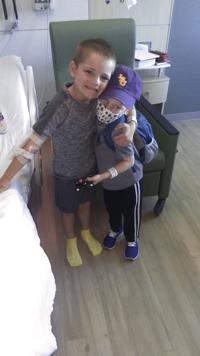 Benjamin Johnson, who has diabetes, hugs little brother Ethan, who has kidney cancer.

Beyond the coronavirus pandemic, 2020 has proved to be a medically horrific challenge for Nick and Amber Johnson and sons, from left, Matthew, Ethan, Benjamin and Lucas.

The Johnson boys, front row from left, Matthew and Lucas, and, back row, Benjamin and Ethan have had a rough year with Matthew suffering a head injury, Ethan struck with kidney cancer and Benjamin developing diabetes.

Benjamin Johnson, who has diabetes, hugs little brother Ethan, who has kidney cancer.

As Amber Johnson drove to the hospital on Mardi Gras morning with her 5-year-old son Ethan screaming in pain from the back seat, she said a prayer.

Johnson had been planning to attend a parade in New Roads with her four boys when Ethan discovered blood in his urine. After shrieking in agony while clutching his side for much of the car ride, he slumped forward, motionless in his seat.

When she and her husband, Nick, learned Ethan had pediatric kidney cancer, they thought that would be the most devastating news in their year. A little less than a month later, however, the coronavirus pandemic struck just as Ethan was beginning the radiation treatment that would compromise his immune system.

But 2020 wasn't done with the Zachary family yet.

Son Benjamin, 7, has since been diagnosed with Type 1 diabetes, and little Matthew, 3, suffered a traumatic brain injury. All three boys have been treated at Our Lady of the Lake Children's Hospital in the past few months. Only baby Lucas, 2, has had a trauma-free year.

"We’re on a first-name basis with the doctors," Amber Johnson said. "We’ve had a go at it."

Their medical nightmare started with Ethan, who was operated on to remove one of his kidneys and a tumor that had ruptured causing him so much pain. Then he and his parents traveled to St. Jude Children's Research Hospital in Memphis, Tennessee, for about a month so he could receive radiation treatment.

While Amber Johnson's mother watched the other three boys, the couple struggled to adjust to the new conditions of their sick child and the coronavirus restrictions just beginning to kick in. During their last week at the hospital, only one parent was allowed to accompany Ethan because of pandemic lockdown safety measures.

"That was hard as well, a huge struggle," Amber Johnson said. "It’s hard to do it together, let alone having to leave one at a hotel room while the other brings our son to go get chemo or radiation."

Barely a month later, when they came home, Amber Johnson noticed Benjamin was acting oddly cranky and thirsty, waking up three times in the middle of the night begging for water.

The doctors said Benjamin's blood sugar was five times what it should have been; they were surprised he wasn't in a coma.

Now the couple had to learn how to check his blood sugar, count carbs and give him insulin shots, while still ferrying Ethan to regular chemotherapy.

But their troubles weren't over yet.

Just as the Johnsons were getting settled into the new reality of their sons' medical challenges, their second-youngest child, Matthew, suffered a traumatic brain injury after falling from a treehouse ladder onto a deck.

"You could see he was trying to catch his breath, gasping for air," Amber Johnson recalled. "His eyes started to roll back in his head, and he stopped breathing."

Friends called an ambulance while Nick and Amber prayed. She remembers crying.

Against all odds, no bones were broken and what initially appeared to be blood between Matthew's skull and membrane was gone the next day.

Amid the countless hospital visits and endless worry, Amber Johnson said that, like the miraculous outcome of Matthew's fall, there have been moments of grace.

For instance, their local fire station staged a welcome home parade for Ethan after he returned from Memphis, gifting him a real firefighter's helmet and making him an honorary firefighter.

And she said she has seen Matthew fetch the numbing cream for Ethan's mediport or help his brother in the bathroom when he's sick, rubbing his back and saying, "It's OK, bubba!"

"If one of my kids doesn’t do anything in the medical field, I don’t know what’s going on," Johnson said, laughing. "We could all be doctors at this point."

Through it all, the Johnsons have embraced their faith, relying on God to get through this difficult time.

There are still days where Amber Johnson says she doesn't know what to do — one child has a doctor's appointment, another needs medicine, still another needs a snack.

"Those are the days when I just push into God and reach out to a friend who will listen," she said. "I’ve cried on many a hospital chair."

Looking forward, the family hopes better days are ahead.

Ethan finished chemotherapy in early October, so now he is technically in remission. And they would like to see Benjamin get an insulin pump by the end of the year.

Despite everything that has happened, Amber Johnson has seen others work through the many struggles and traumas of 2020 to provide what they could for her family in its time of greatest need.

"Even though the world is in a pandemic, we have seen so much generosity from our community, from people we didn’t even know," she said. "It just shows you God’s goodness everywhere."

Louisiana has one of the highest rates of childhood obesity in the country, and some health experts fear the coronavirus, which has kept kids …