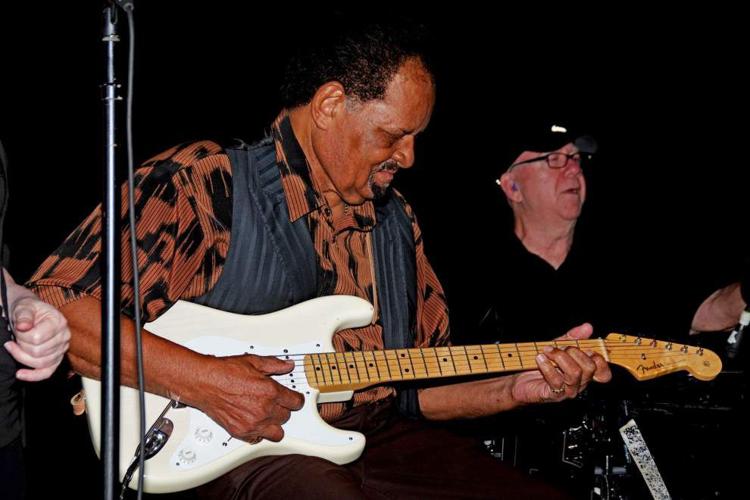 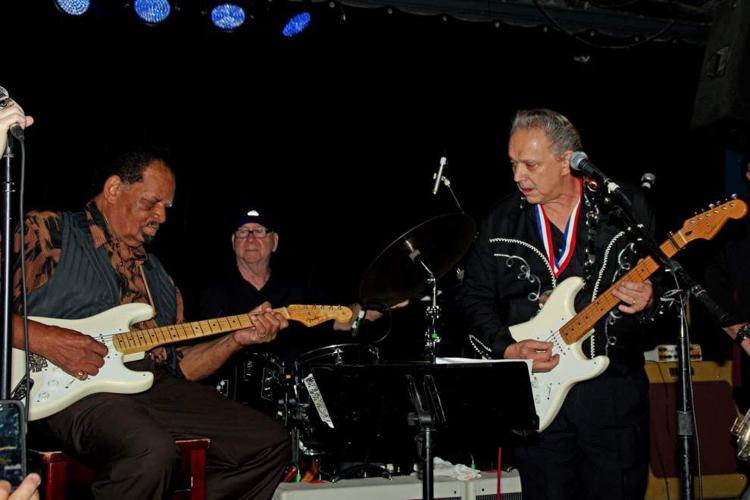 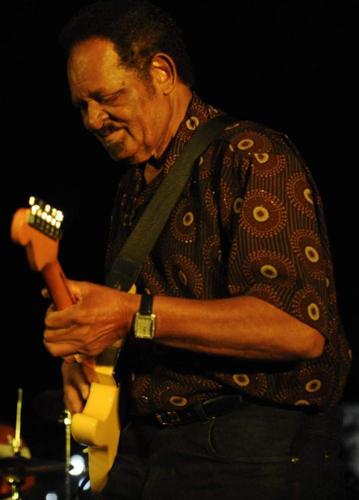 Johnson created the “chicken scratch” guitar lick heard in Harpo’s “Baby Scratch My Back,” a No. 1 rhythm-and-blues and No. 17 hit in 1966.

Johnson passed away at home following a lengthy illness.

“We’ve been missing James for the past year, because he hasn’t been around,” Baton Rouge music promoter Johnny Palazzotto said Sunday. “But he’ll never be forgotten. He was quite a personality and a great guitarist.”

Johnson played guitar or bass for many Harpo recordings, including “Rainin’ in My Heart,” the perennial south Louisiana favorite that reached the upper regions of the national pop and R&B charts in 1961.

“Yeah, we didn’t know exactly which one was going to make it,” Johnson said of his recording sessions with Harpo. “But Slim hit the right spot at the right time. We were just an old blues band, and I didn’t never think something like that would go that far.”

Other Harpo recordings Johnson contributed to include “Shake Your Hips” (recorded by the Rolling Stones for their classic 1972 album, “Exile on Main Street”), “Blues Hangover” and “Got Love If You Want It” (recorded by the Kinks).

Johnson and the King Bees performed with Harpo at clubs and colleges throughout the South in the 1960s.

“Me and Rudy (guitarist Rudy Richard) used to be so mad,” Johnson said of the out-of-town trips. “Slim would leave 1 and 2 o’clock in the morning to make it to the gig the next night. We had to get out of bed, man, and hit the road.”

Following the death of his mother and Harpo’s unexpected death in 1970, Johnson stopped performing.

The late Raful Neal, a singer and harmonica player like Harpo, convinced Johnson to join his band in the 1980s.

“I told Raful, ‘I’ll help you out, till you find somebody, but I don’t want to get back in it again,’ ” Johnson recalled in 2006. “But he wouldn’t look for nobody. I stayed with him till he was gone.”

After Neal died in 2004 and drummer Roy Stewart’s died the following year, Johnson stopped performing again. But he returned to the stage in January 2005 to perform at the West Baton Rouge Museum’s blues exhibit. Johnson also played for Thursday night jam sessions at Phil Brady’s. In 2015, he jammed with the thrilled Texas blues stars Jimmie Vaughan and Lou Ann Barton at the Slim Harpo Music Awards.

Born to a sharecropping family in Pointe Coupee Parish, Johnson bought his first guitar from a Baton Rouge pawn shop when he was 15. He got a few tips about playing the instrument from some older neighbors, but mostly was self-taught.

Johnson performed with another singer and harmonica player, John “Big Poppa” Tilley, before he joined Harpo and the King Bees.

“Big Poppa got religion,” he recalled. “So that’s when he hooked me up with Slim Harpo. Slim said, ‘Well, I can use a guitar player.’ I ran a few licks for him. He said, ‘Yeah, it sound pretty good.’ So, I start playing bass with him, and Rudolph (Richard) was lead guitar."

Johnson maintained a day job, working as a mechanic at LSU until his retirement. In 2014, he released his first solo album, “Stingin’ & Buzzin’,” produced by local bass player Miguel D. Hernandez.

Never one for the spotlight, Johnson was surprised at how well known he is among blues fans.

“I did music because I liked it, not to try to be a star,” he said.