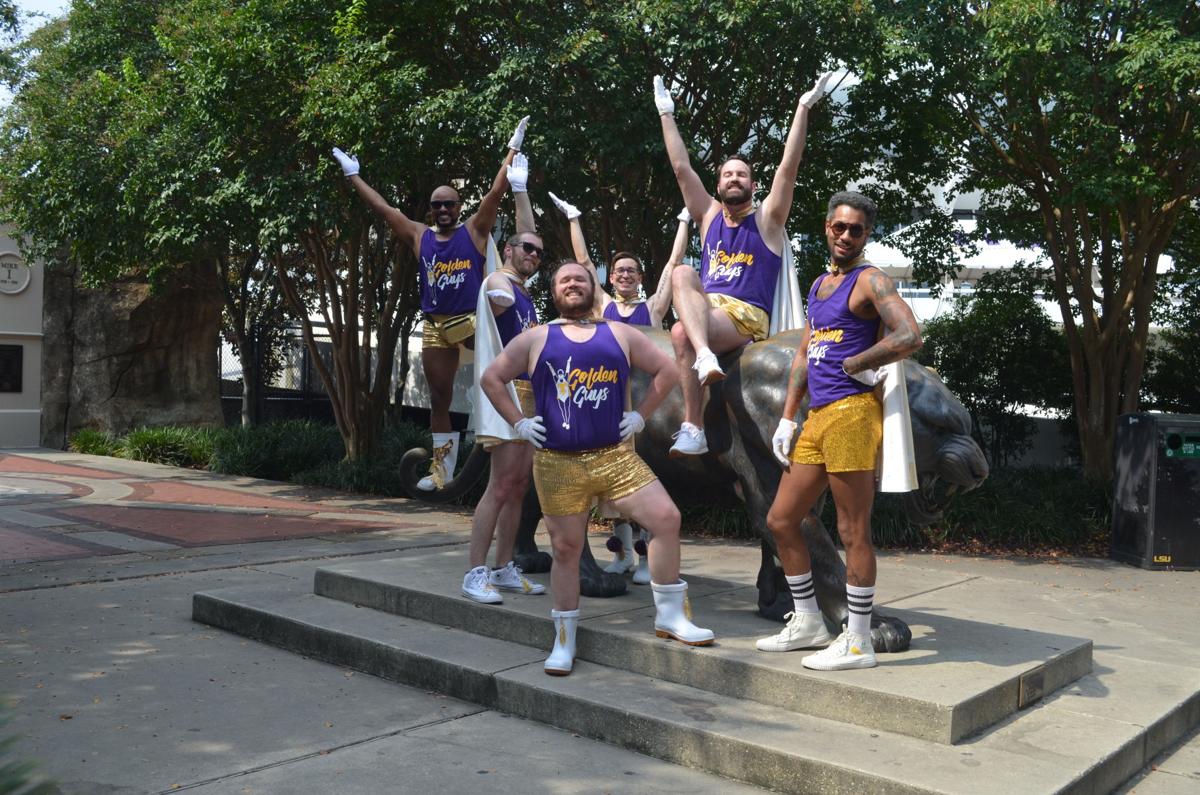 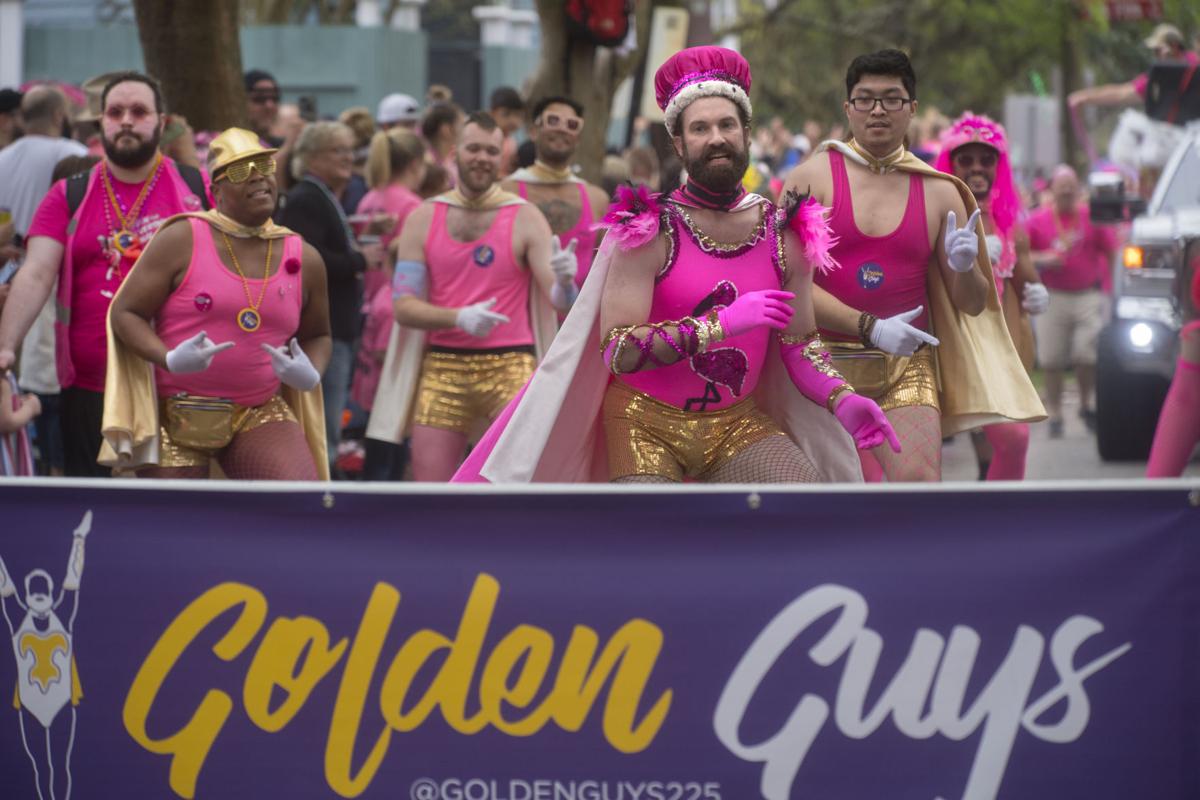 The Golden Girls are graceful, skilled dancers who perform for LSU events in elegant, crystal-studded uniforms and march in crisp white capes.

Then there are the Golden Guys. They kind of dance a bit — the disco finger point, throwing the lasso and other “dad moves” — and their costumes consist of sparkly gold short shorts that show off their hairy legs. But at least they got the capes right.

For a year now, the Golden Guys have been showing off their moves at LSU tailgates before home football games, marching in Mardi Gras parades and appearing at events all over Baton Rouge. This weekend they will celebrate their year together with the Golden Soiree event at the Basin Music Hall.

In the past year, the guys have quietly raised thousands of dollars for Our Lady of the Lake Children’s Hospital.

“It's crazy how supportive people are once they hear about what we're doing with Our Lady of the Lake Children's Hospital,” said Daniel Hoffmann, the group’s founder and a 38-year-old physician’s assistant at the new facility. “They kind of open up and are accepting. They make a 180 and turn around, like this is actually pretty awesome.”

You may know Hoffmann from the viral social media posts that blew up last year after he donned his homemade Golden Girls outfit for a photo shoot at Tiger Stadium. The spectacle of the tall, bearded dude in a sparkling white leotard garnered thousands of shares on Facebook and the online forums at Reddit.

Hoffmann wanted to create a group of guys who would wear the costume, but the skimpy outfit was a deal breaker.

“I wanted to do it with a group of guys initially, and a lot of my friends were like, ‘Oh no, I'm not going to put on a little leotard,’ so I had to come up with something,” Hoffmann said.

He settled on sparkly gold short shorts, purple tank top and white cape. The costume is similar to that of the 610 Stompers, an all-male dance troupe in New Orleans that wears tight short shorts and performs at parades and events across the city.

One of the first to join, Ryan Bergeron, 36, first saw Hoffmann in his get-up at a tailgate before an LSU Tigers football game.

“It takes confidence to put yourself out there like that, and that's what drew me to it,” Bergeron said. “Getting the confidence to put on a different face or different identity and get to show people that it's OK to be different in any kind of way. … It's a way of helping break down barriers.”

Now the group has around 10 regular members, a diverse assortment of ages, ethnicities and careers. They won the Best Marching Group award at the Spanish Town Mardi Gras Parade and performed at a recent fundraiser for Mid City Gras.

Hoffmann is more than happy with his crew of dancers. However, recruiting guys isn’t exactly easy, he said.

“Oh, it's hard. I mean, we live in Baton Rouge, so we're not as progressive as New Orleans,” Hoffmann said. “So, a lot of people kind of have hesitancy to want to do this kind of thing.”

At LSU football tailgating parties, the group performs and sells calendars of their photo shoots along with T-shirts that read “Stay Golden.” They give away stickers and buttons, too, and pose for dozens of photos with fans. These photos often lead to donations to the OLOL Children’s Hospital.

Bergeron has a fundraising spiel that tugs at the heartstrings of those who pose for photos.

“It's just surprising how many people do it, but, you know, you don't have to donate to get a picture with us,” Bergeron said.

The group has raised more than $1,700 at tailgating parties alone this year, with a few thousand more at other events.

Admission is free for the Golden Soiree anniversary event. DJ Matt Johnson will provide the music, and the Golden Guys will perform, with a few of them showing off their first-ever solo dances. Raffle tickets for several prizes donated by sponsors will raise money for the children’s hospital.