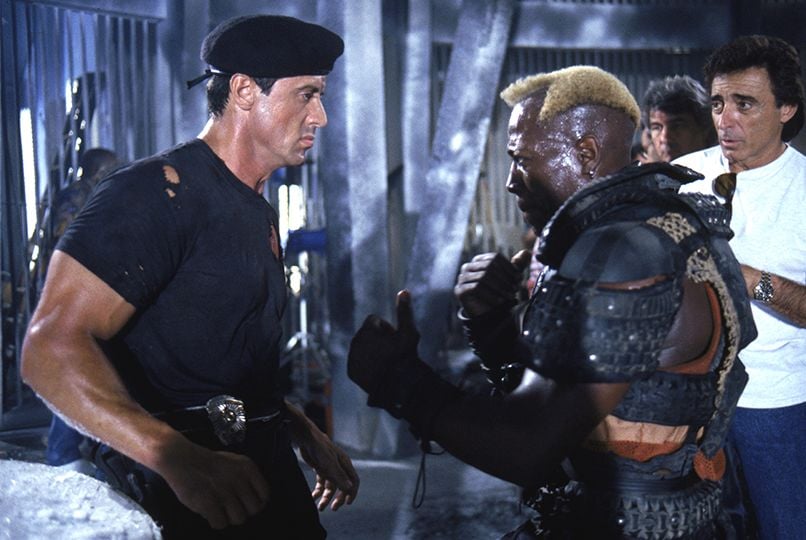 Sylvester Stallone, left, and Wesley Snipes on the set of 'Demolition Man' 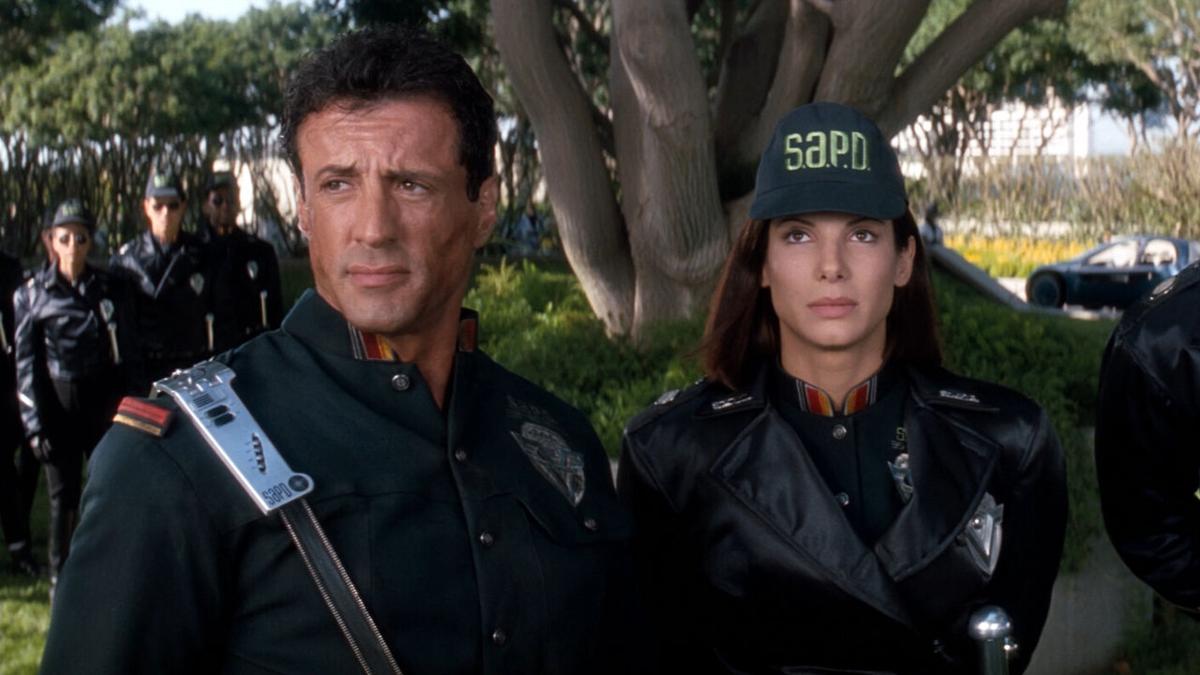 Sylvester Stallone, left, and Wesley Snipes on the set of 'Demolition Man'

Though it's known as a dumb action movie, "Demolition Man" is fascinating to watch 25 years after its debut.

Spartan finally catches Phoenix, but at a price. Phoenix held hostages in the basement of a building that Spartan demolished. Cops arrest Spartan for manslaughter, and both are cryogenically frozen as part of a new prison program.

The movie then shifts to 2032, where Phoenix is up for parole, thawed out and escapes prison to wreak havoc on a future, nonviolent Los Angeles. The only man to save the city is Spartan.

Never mind that Stallone versus Snipes is the bulk of this movie, what happens in this idyllic future is what spun my brain.

By 2032, Los Angeles is a city where the upper class dines on pretension (or in this case, small plates at Taco Bell) and showcases its violent past in a museum exhibit. Technology rules everything from transportation (self-driving cars) to crime-stopping (robots and computers do cops' work) to physical contact (instead of sexual activity, people put on virtual reality helmets).

Simply put, this is a city where everything is diluted to its safest possibility. The violence, confrontation and real problems have literally been driven underground.

When "Demolition Man" isn't preoccupied with Stallone and Snipes, the movie juxtaposes a society with one foot in the primitive past and the other in an emotion-free future. There, the movie is spot-on in defining America as a nation that can't face the possibilities of a progressive future and can't turn away from the ugliness of its violent past.