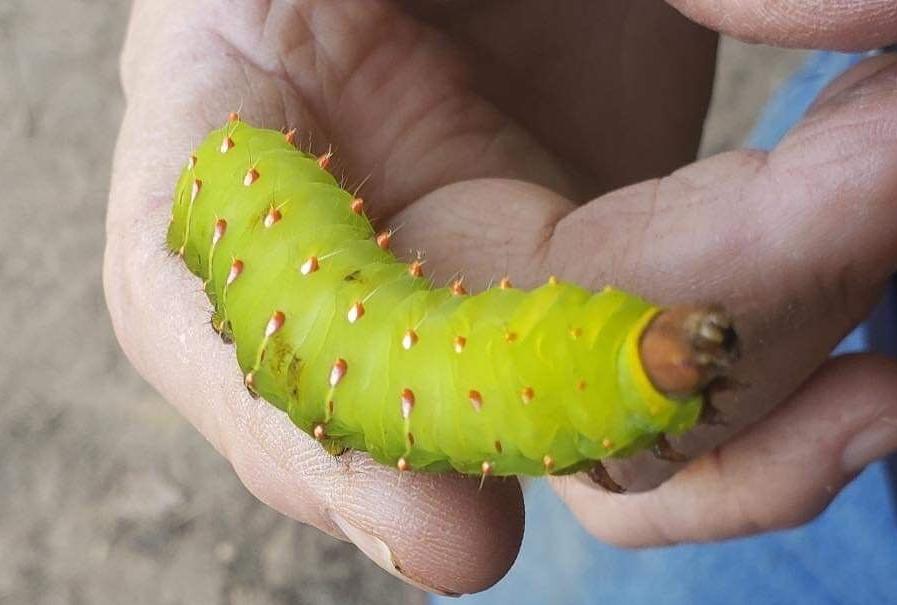 Luna moth caterpillars can be found on host trees like pecan, persimmon and sweet gum. 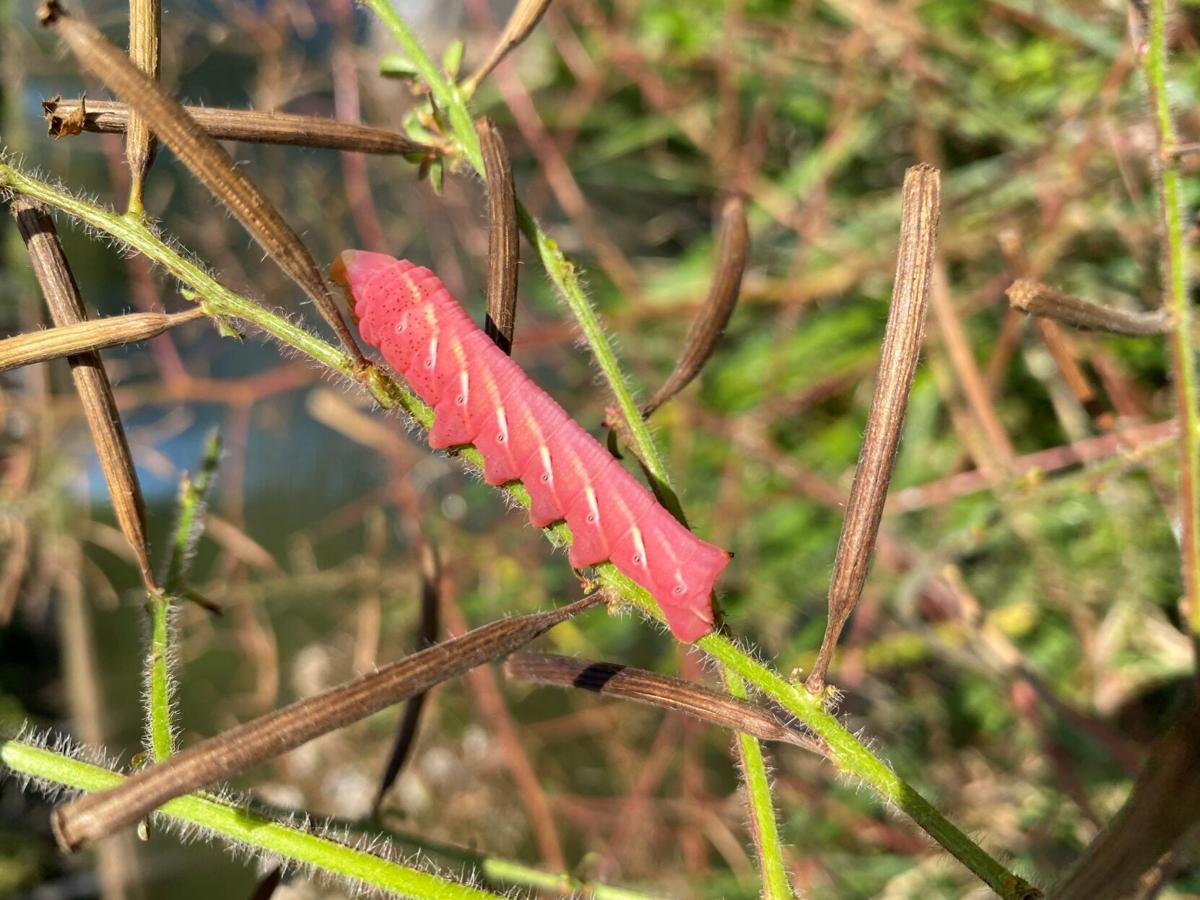 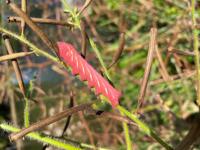 Striking color, like that of the sphinx caterpillar, make them easy to spot. 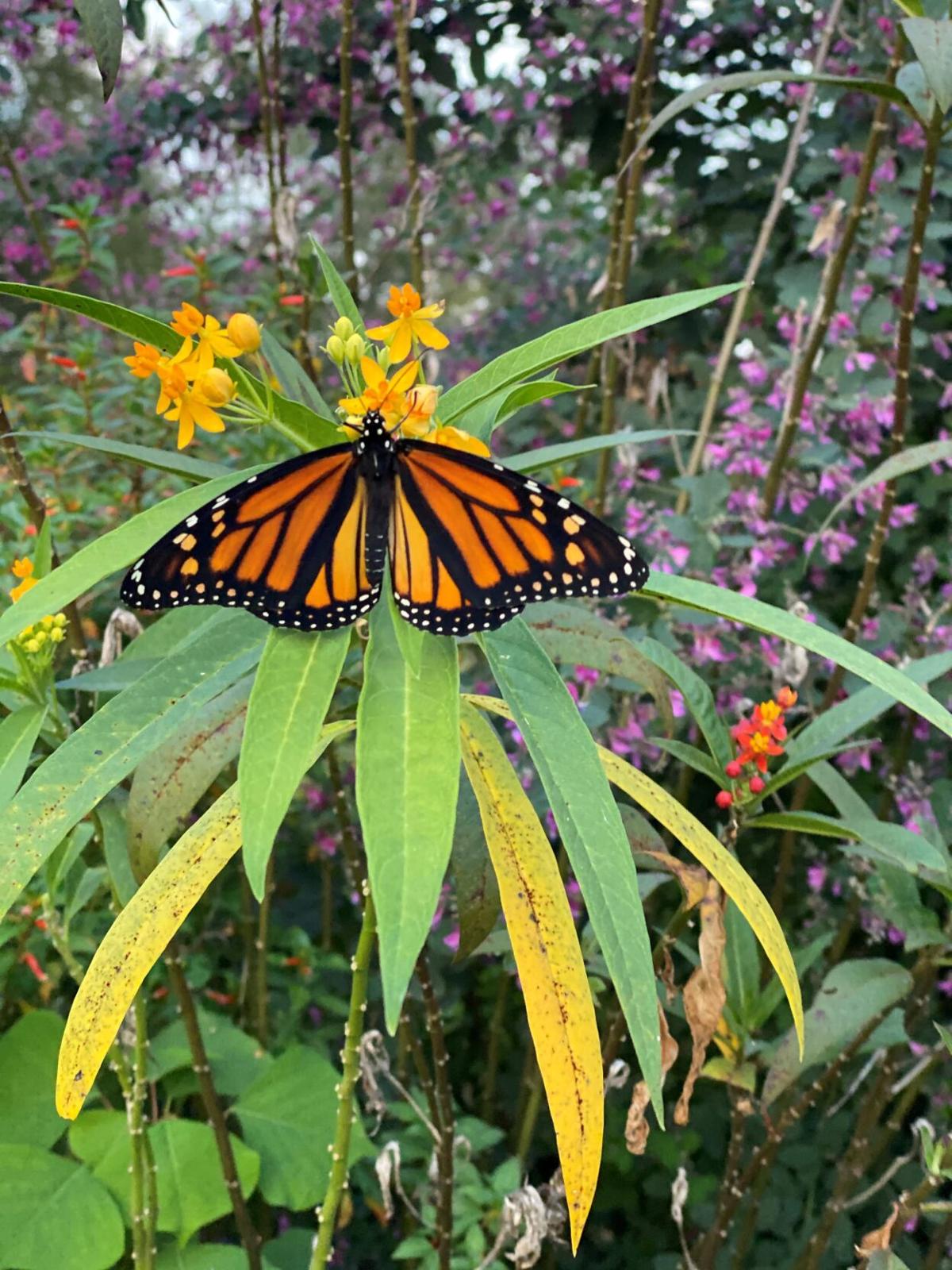 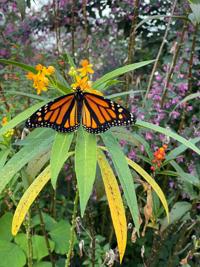 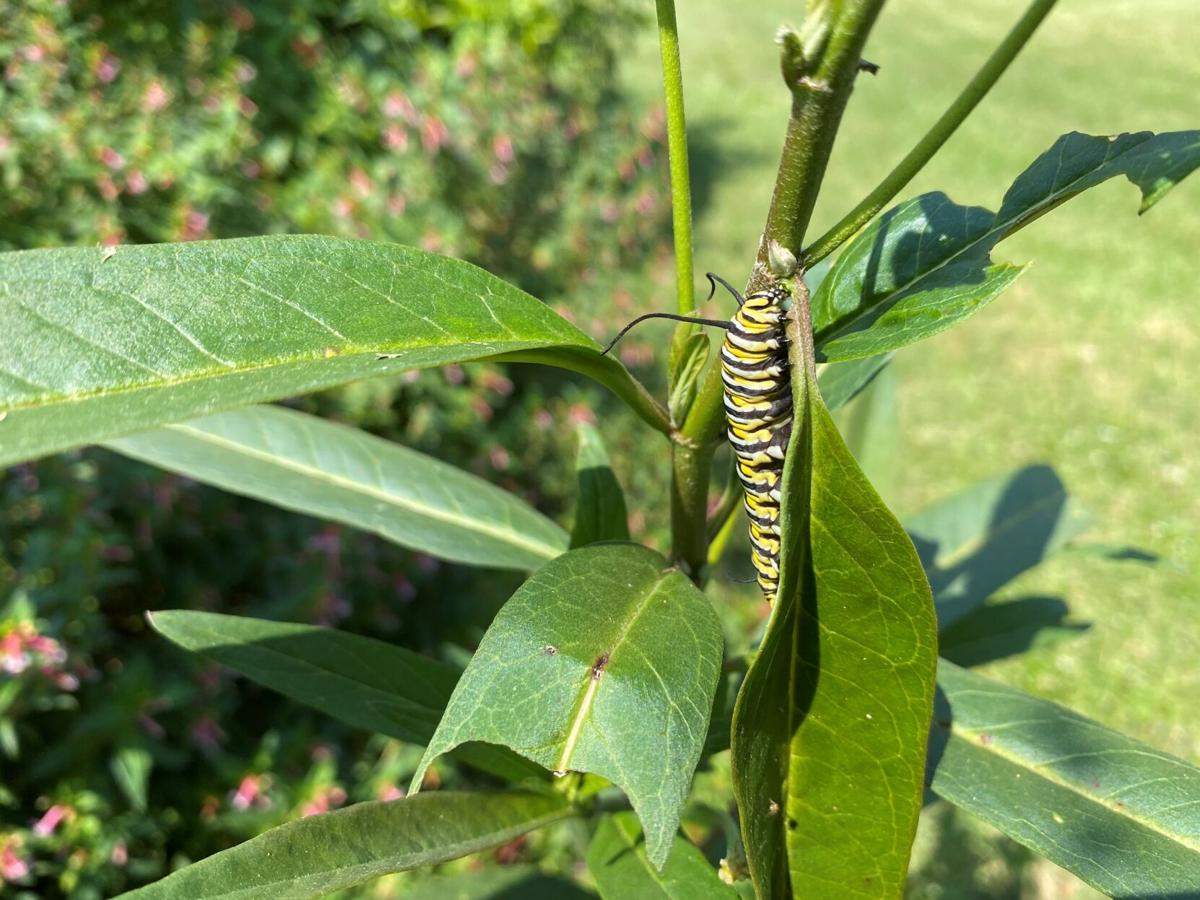 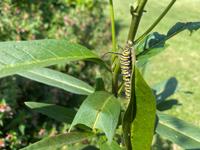 Monarch caterpillars will only eat milkweed.

Luna moth caterpillars can be found on host trees like pecan, persimmon and sweet gum.

Striking color, like that of the sphinx caterpillar, make them easy to spot.

Monarch caterpillars will only eat milkweed.

If you’ve spent any time outside or in the garden lately, you've probably noticed that bees, butterflies, caterpillars and moths are out in full force this fall.

Insects are at work to insure the survival of their offspring, and fall is their last effort before going into winter dormancy.

October through December is an active season for butterflies and moths, which are mating and laying eggs that will lay dormant until temperatures are again favorable in spring. Other caterpillars are pupating in chrysalises and cocoons and overwintering to emerge as adults the following spring.

Butterflies and moths have four life stages — egg, larva, pupa and adult. Caterpillars are that second larva stage, when they spend most of their time eating leaves of various plants and growing.

Some of the most visible caterpillars this time of year are the monarch, Gulf fritillary, luna moth, giant swallowtail, sphinx moths and tent caterpillars.

Some caterpillars will devour anything, while others look for specific host plants, such as milkweed for monarch caterpillars, passionflower for Gulf fritillary and citrus fruit for giant swallowtails.

In “Louisiana Native Pollinator Trees,” Chrissy Mogren notes which native trees provide nectar for different butterflies and which trees and shrubs provide food for caterpillar larvae. The publication is available at bit.ly/lslupollinatortrees.

Mogren’s list of butterfly and moth caterpillars and their host plants include:

Luckily for curious observers, caterpillars are slow movers and easily spotted by their striking colors, spines or fuzzy hairs. Those with spines and hairs are typically stingers, but not always. Other caterpillars have evolved to mimic stingers to deter predators.

Hungry caterpillars can cause some damage to plants. But in most cases the damage can be tolerated with no real consequence to overall growth or quality. Defoliated plants will flush out new leaves quickly in most cases.

LSU Garden News: Caladiums growing season coming to an end; dig up or let them lie?

October marks the beginning of the end for caladiums' glory days. As the days shorten and the nights cool, caladium plants go into winter dormancy.