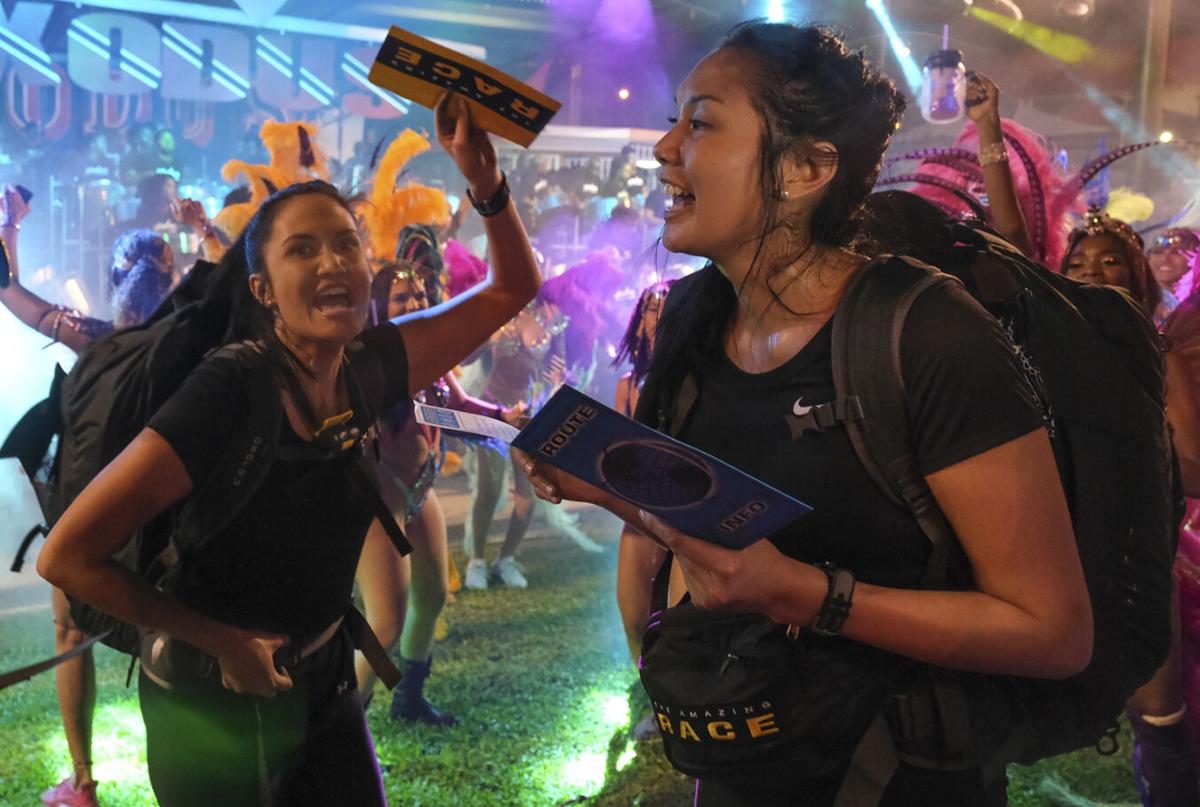 Michelle, left, and Victoria Newland get their next clue after completing a task in the season premiere of 'The Amazing Race' at 8 p.m. Wednesday on CBS. 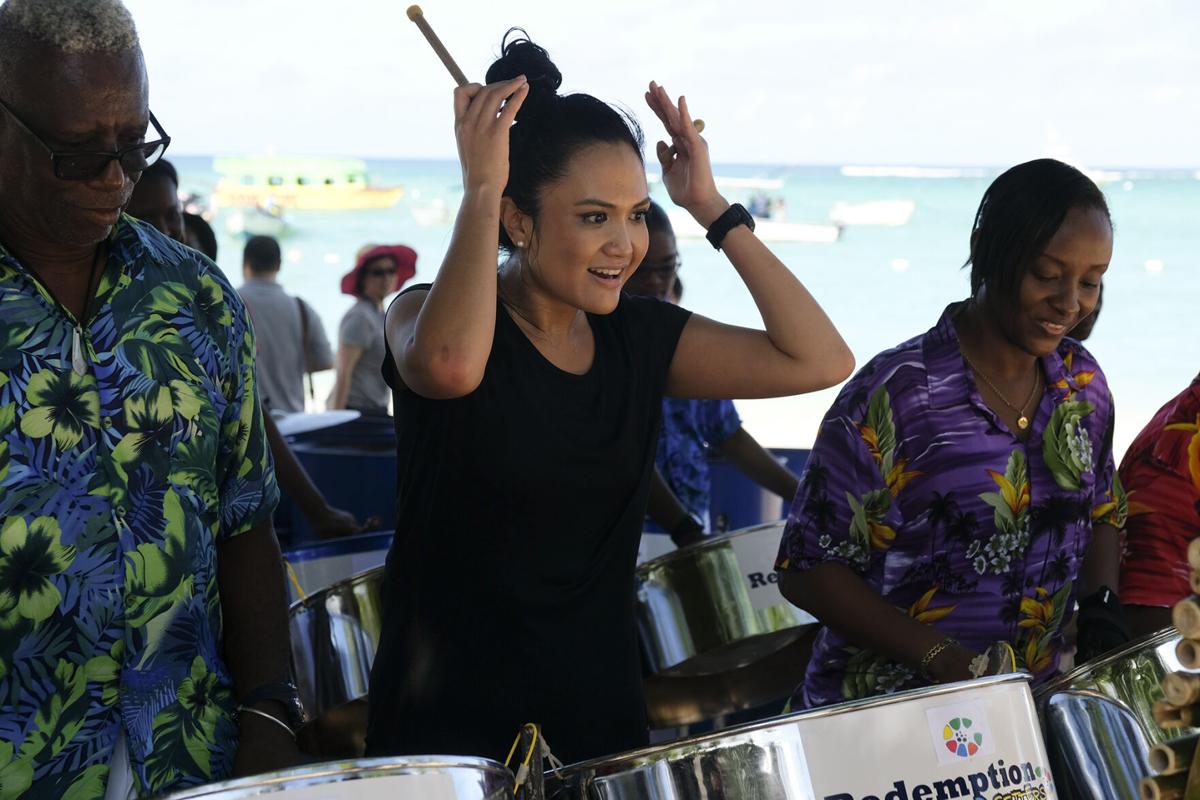 Michelle Newland, center, of Lafayette, must learn and play a song on a steel drum in Trinidad and Tobago in the season premier of 'The Amazing Race' on CBS. 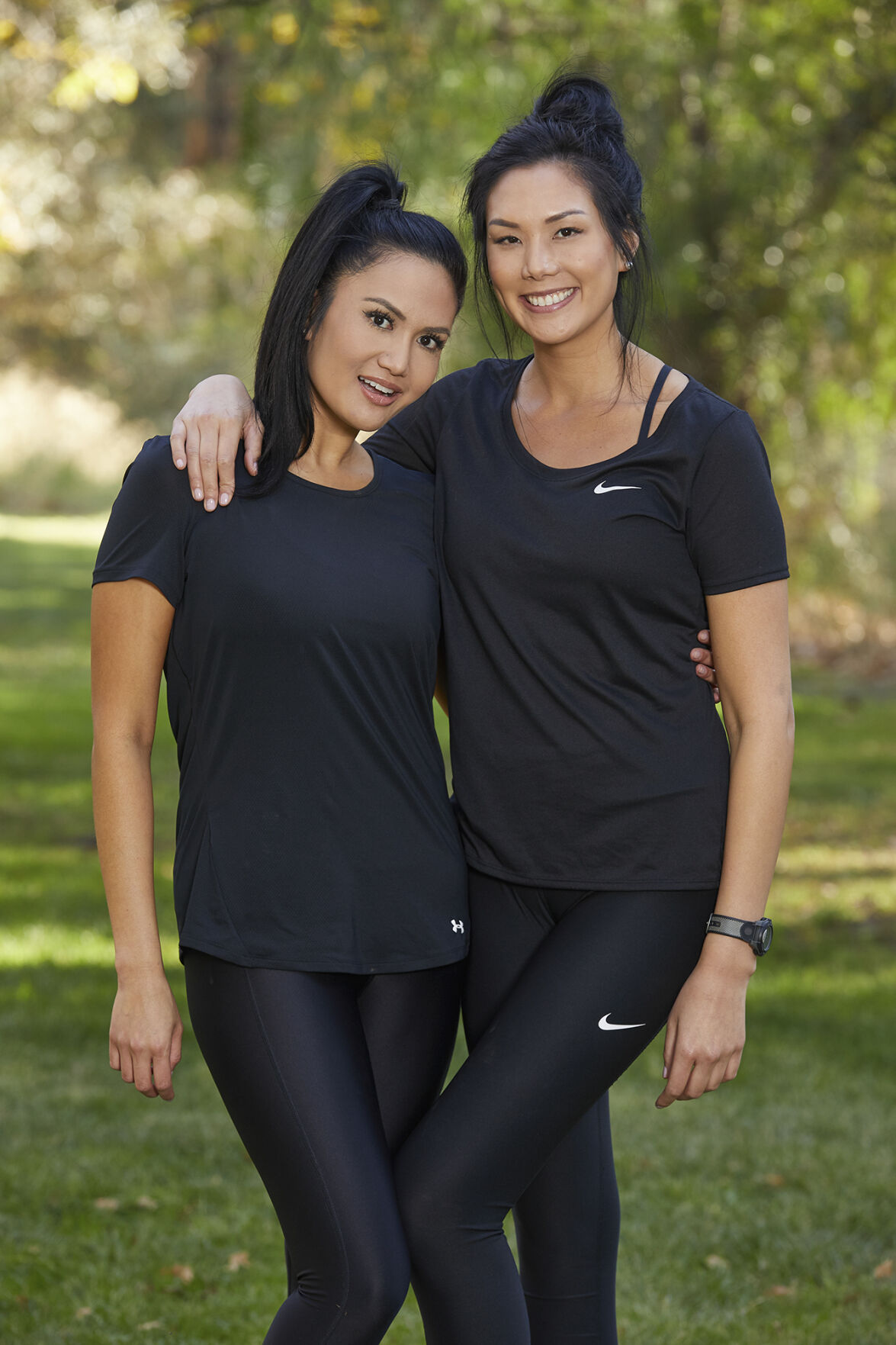 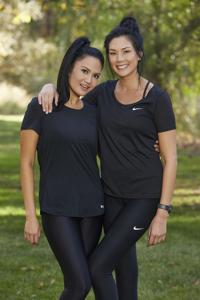 Sisters Michelle, left, and Victoria Newland, compete on the 32nd season of 'The Amazing Race,' which premieres at 8 p.m. Wednesday on CBS.

Michelle, left, and Victoria Newland get their next clue after completing a task in the season premiere of 'The Amazing Race' at 8 p.m. Wednesday on CBS.

Michelle Newland, center, of Lafayette, must learn and play a song on a steel drum in Trinidad and Tobago in the season premier of 'The Amazing Race' on CBS.

Sisters Michelle, left, and Victoria Newland, compete on the 32nd season of 'The Amazing Race,' which premieres at 8 p.m. Wednesday on CBS.

Michelle and Victoria Newland are sisters, but they aren’t clones.

Can their disparate talents take them all the way around the world? Tune into “The Amazing Race” premiere at 8 p.m. Wednesday to start finding out.

The Lafayette siblings are among 11 two-person teams competing in the 32nd season of the popular CBS reality show that offers a $1 million prize to the duo who can successfully navigate challenges all over the globe.

The daughters of Vietnamese immigrants, the sisters are both graduates of Acadiana High School and the University of Louisiana at Lafayette.

Although many contestants apply to be on the show, the CBS casting department found Michelle on Facebook and recruited her.

“They kept on contacting me. I thought it was a joke,” Michelle said. “Then, when I finally spoke with somebody, they were very adamant about it, and we went from there.”

Of course, she needed a teammate, and she called her sister, who, when she’s not working as an auditor, consultant and educator at ACS Medical Business Solutions in Lafayette, has run three half-marathons.

“She called me at work, and I was getting ready to go to Lafayette General for a big presentation, and I was, like, ‘Michelle, I don’t have time for this. Are you joking me?’” Victoria said. “It’s crazy because she’s asking me if I want to do ‘The Amazing Race,’ and I’m, like, ‘Michelle, you don’t even sweat. What are you talking about?’”

Michelle was serious enough to start working out. When they were selected, the sisters were ready to go.

The first order of business was turning themselves into a team. In her job with Moss Motors in Lafayette, Michelle is used to approaching total strangers.

“Hey, I feel I can negotiate with anybody — any language, any terms, any market,” Michelle said. “I’m a saleswoman and not hesitant and not afraid. … I can walk up to anybody and create a conversation all day, right away.”

The show, however, requires teams to pay attention to details as they fly from continent to continent, then use taxis and public transportation to race each other to complete a series of tasks.

“It was kind of intimidating because of the language barrier,” Victoria said. “And the currency. I’m the responsible one of the team. I had to carry the passports and the money, the calculator and the little notebook, and she … when we were in the cab, she was yelling at me, like, ‘Hurry up and pay him!’ And I’m, like, ‘Michelle, let me use my calculator and convert everything so we don’t get gypped.’”

“Victoria, her photographic memory, she audits physicians all day,” Michelle said. “The people that don’t ever make mistakes, she finds their mistakes all day. Very detail-oriented. I’m very go-with-the-flow, and I’m everywhere like a butterfly in the room. But she’s the one that keeps us grounded.”

The first stop, the focus of Wednesday’s show, is the Caribbean nation of Trinidad and Tobago. Up next on the list: France, Germany, Kazakhstan and Brazil.

Teams that finish last at any challenge may be eliminated from the competition, which took place before the global COVID-19 outbreak.

The Newlands’ competition includes three teams of professional athletes, which can be an advantage in a race that includes physical challenges and often requires teams to travel on foot. But the sisters had their own unique skills set, including being able to speak to each other in Vietnamese when they wanted to strategize without their competitors understanding.

They’re not allowed to reveal how far they got in the competition, but they credit teamwork for the success they had.