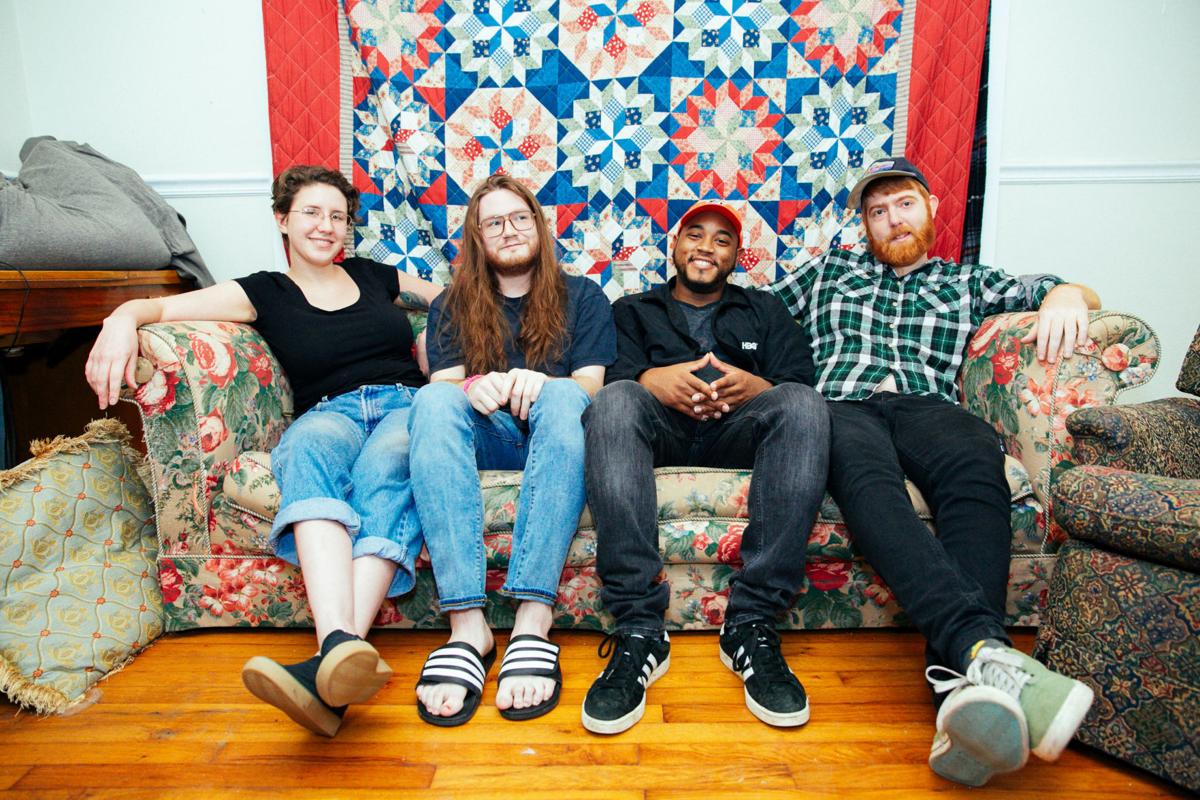 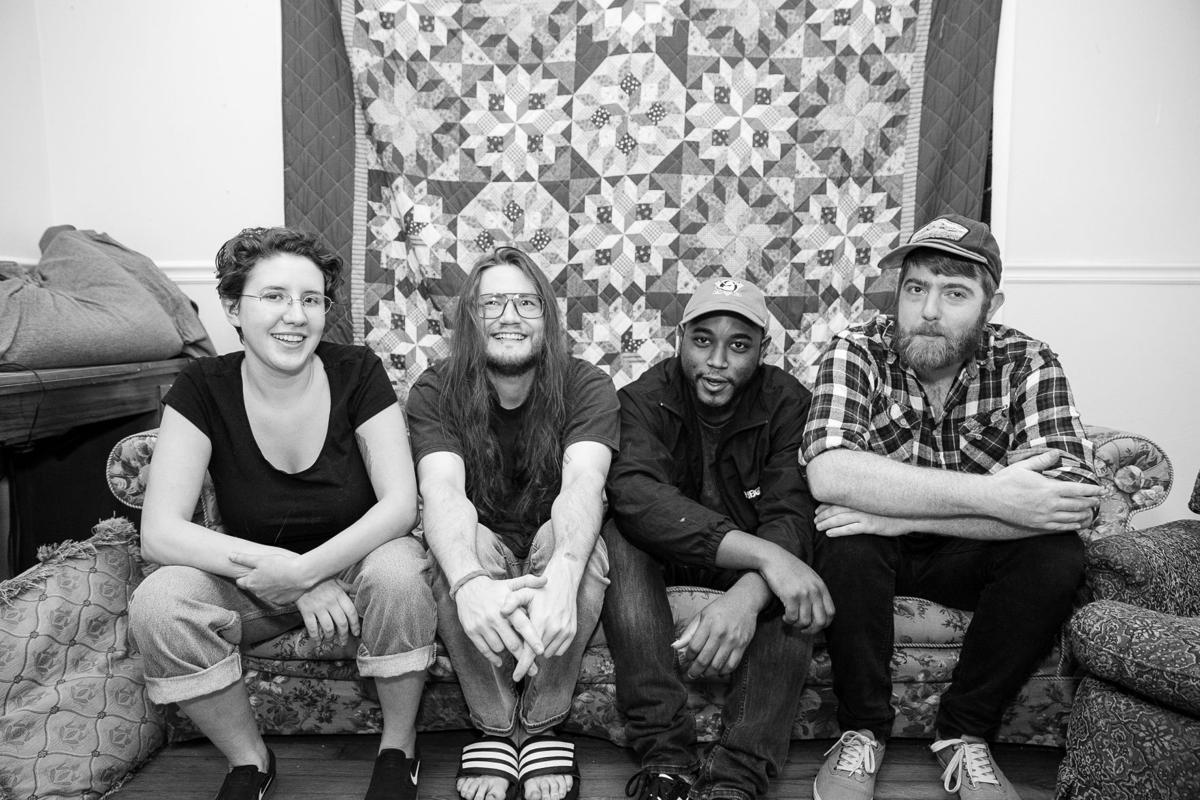 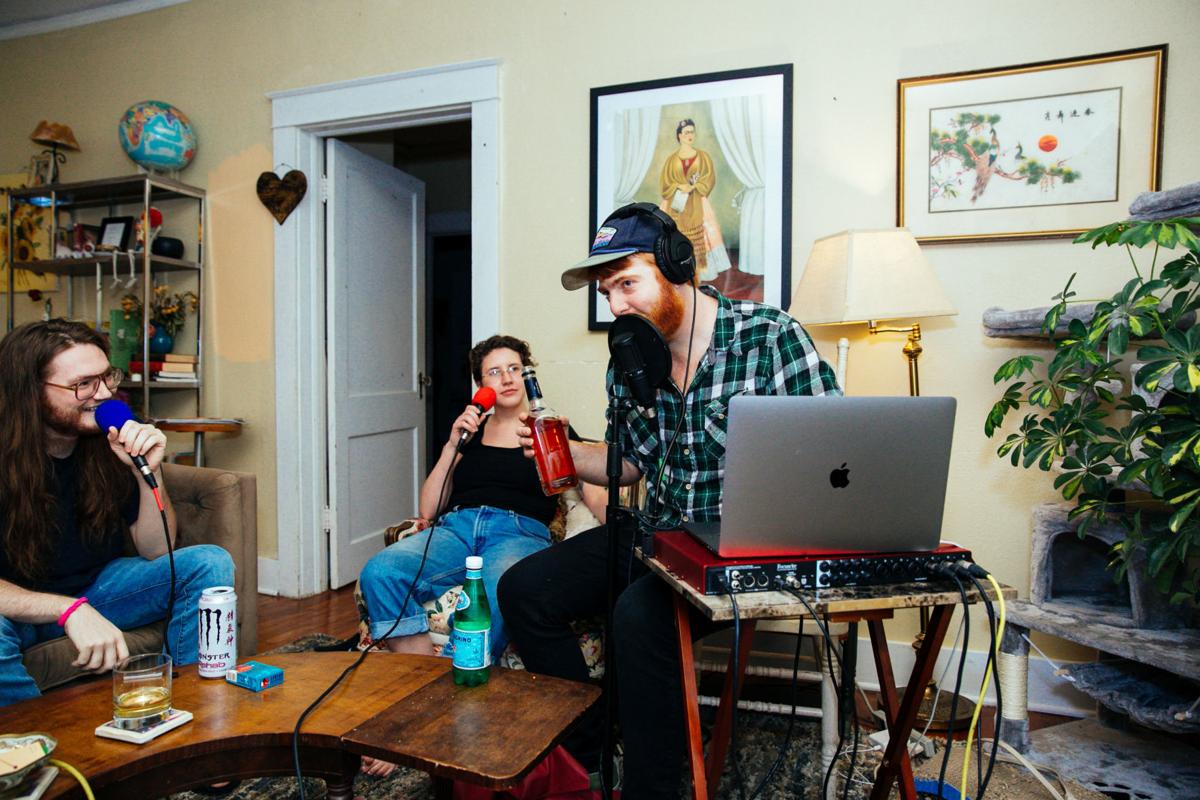 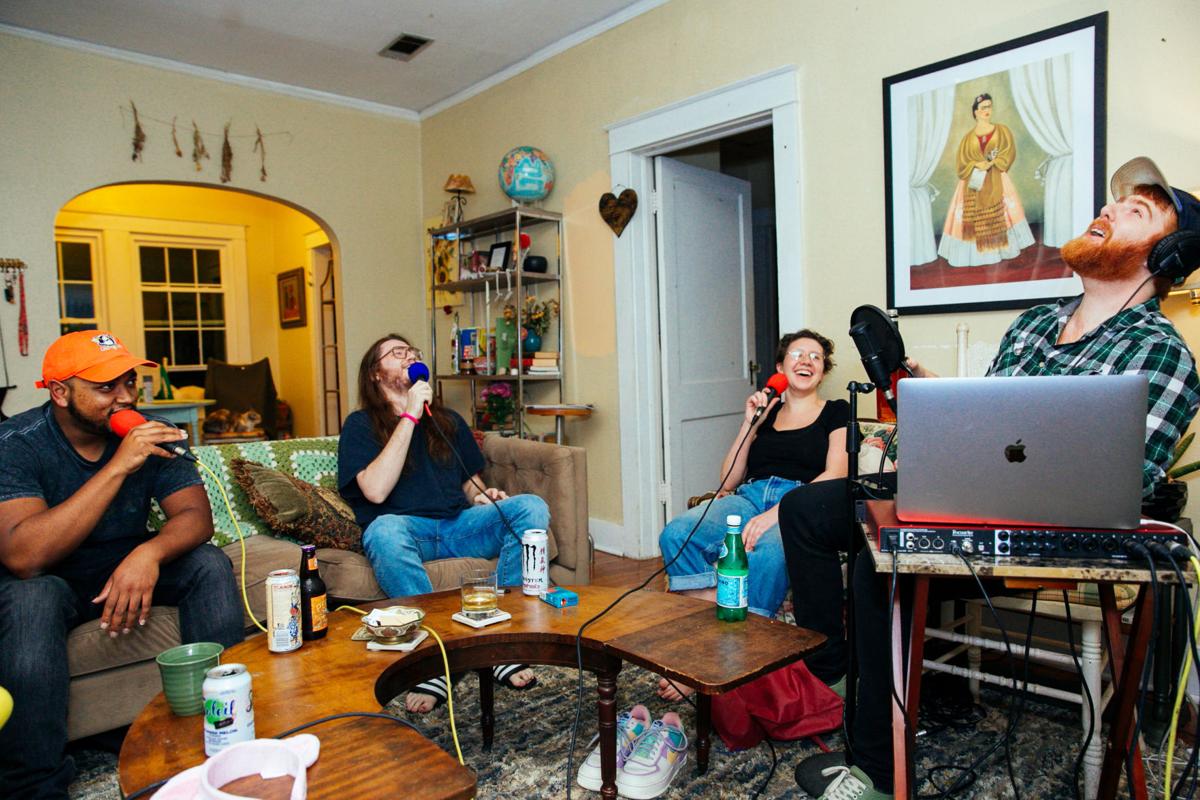 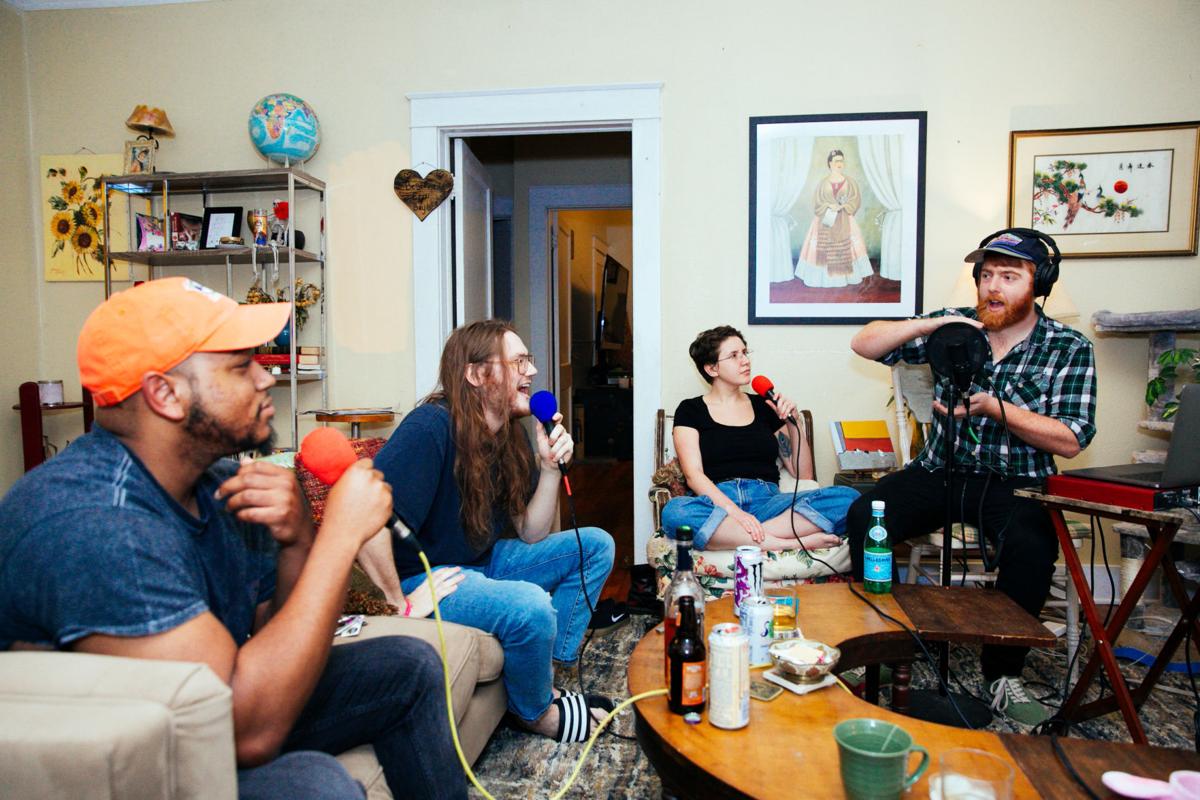 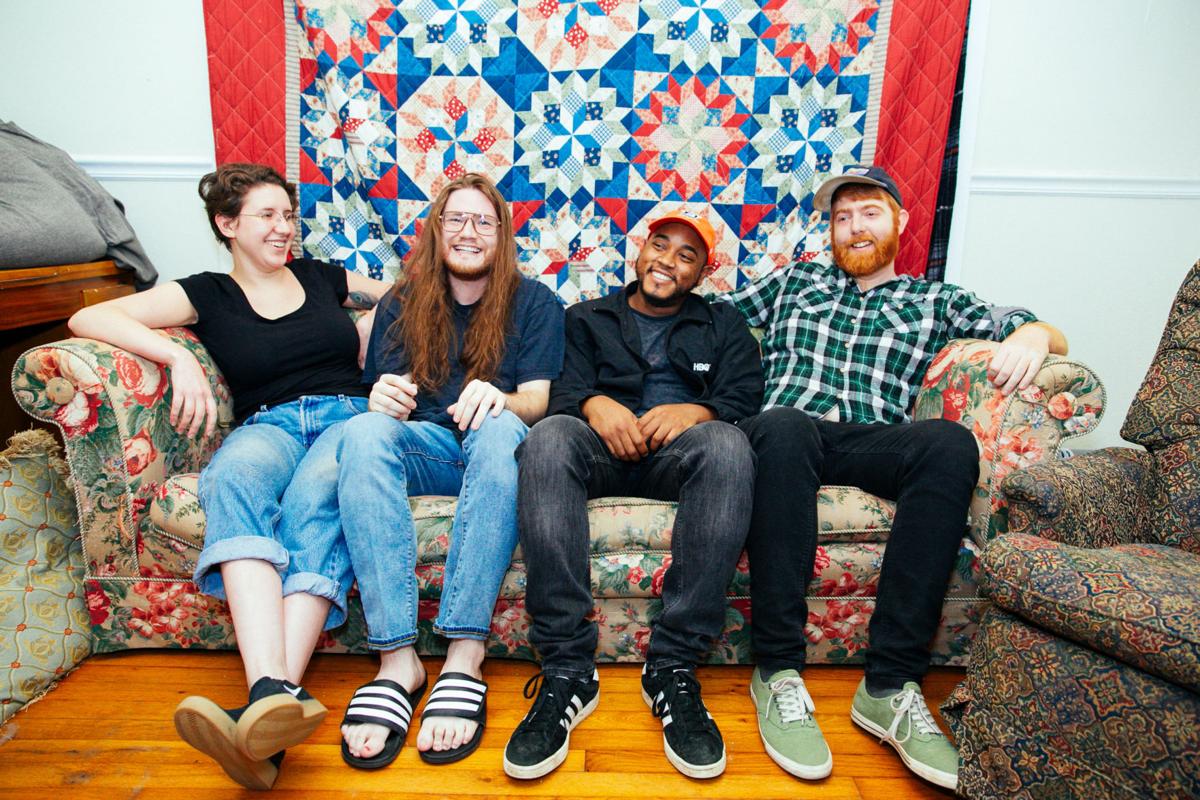 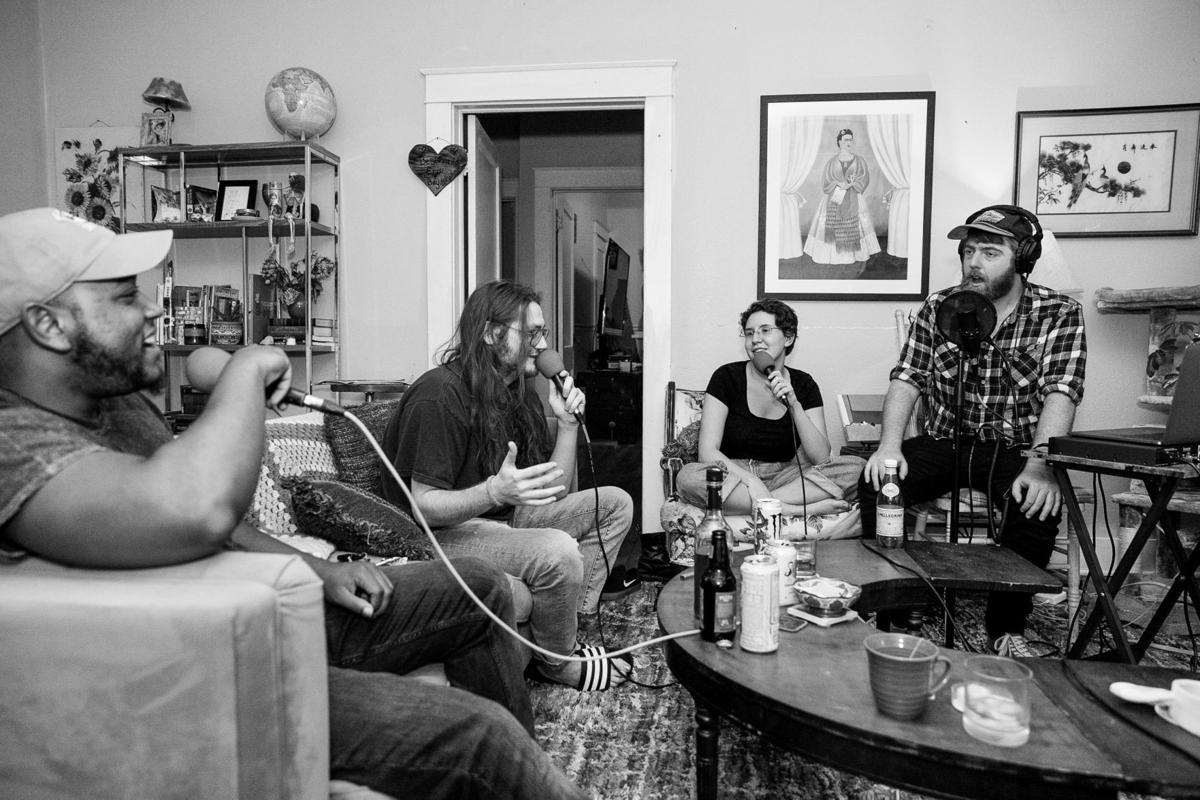 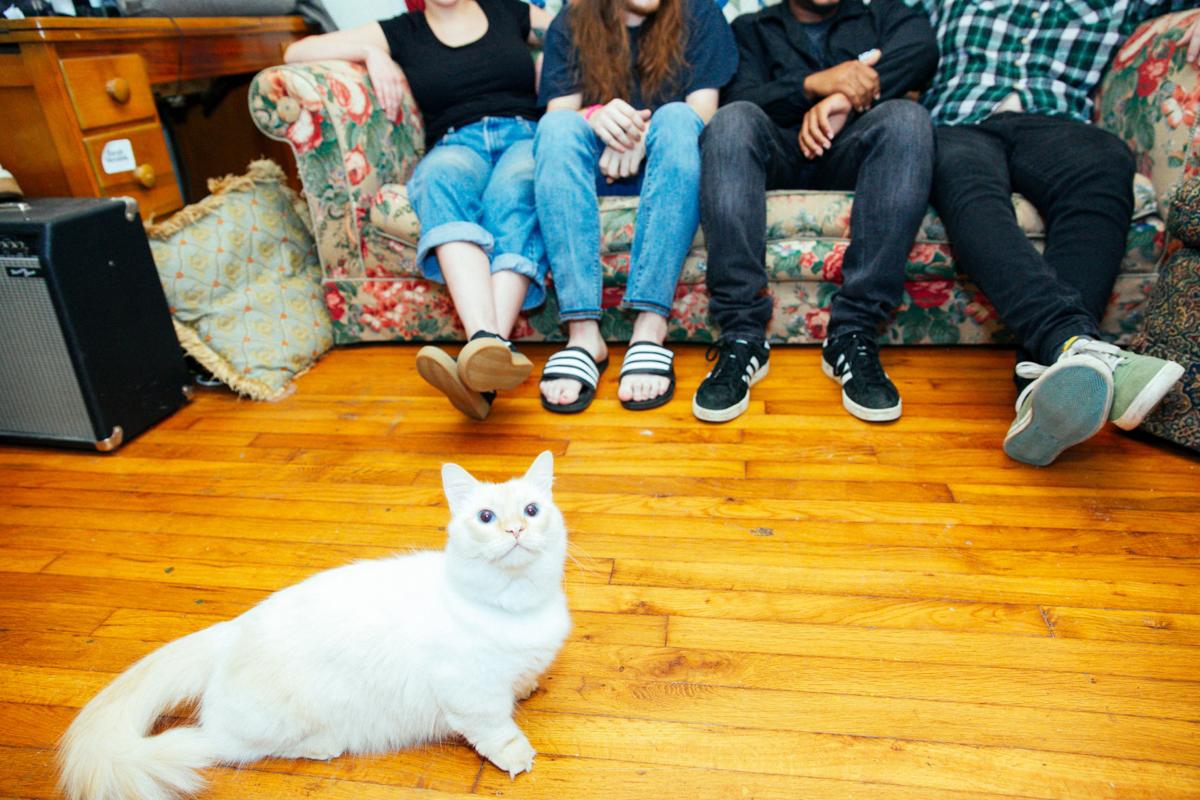 It's a provocative statement. And a riff that anyone who has lived in Baton Rouge for more than a month has heard — or maybe even said — at some point.

It's also a good name for a comedy podcast.

"Everyone, you know, always says ('Baton Rouge sucks') when there're things to do and people putting on events around town," said Zach Douglas. "Everyone likes to complain, and we like to complain, so you know — it's semi-ironic."

Douglas, Wiley, Jackson and Zak Lanius co-host "Baton Rouge Sucks," a weekly podcast that focuses on Baton Rouge music and arts. Most weeks, the crew invites a guest, usually someone from the city's creative community, to talk about life in Baton Rouge. But those conversations inevitably descend into hourlong riffs, punctuated by winding tangents and snarky rants. Often the chaos starts even before Lanius, who operates the laptop and microphones, has hit the record button.

After its launch in 2018, "Baton Rouge Sucks" has developed a robust following in the city. Part of that success comes from the 76 episodes the show has produced so far, but a lot of credit should be given to the show's Facebook page, where the group posts (intentionally) thrown-together, irreverent memes. It's often just text over images; still, the humor bites and no one is immune. Posts about Louisiana's governor race, Mid City gentrification, local hipsters, musicians, business owners, media and so on tend to spread like fire around Baton Rouge social media.

But something about "Baton Rouge Sucks" has struck a chord. The podcast and its posts are especially embraced by parts of Baton Rouge that have always been here but tend to get overlooked when the Capital City is talked about: the disaffected; progressives; activists; alt-y arts supporters; DIY musicians, artists and comedians. Groups that know of good people doing cool things in Baton Rouge and are fed up with the status quo.

Yeah, sometimes "Baton Rouge sucks," but it doesn't have to.

"The way we all feel about things comes through," Lanius said. "I don't know if it's necessarily directed or that we have some mission, but we have viewpoints that we can logically hold up and that's going to come through in anything we do. That's just how we feel about things."

"Baton Rouge Sucks" started the way a lot of podcasts do: The group was already having these conversations, so they just decided to record it — in all of its NSFW, sarcastic, satirical essence — and put it out on the internet. When the show started early last year, Lanius, Douglas and Jackson were joined by Kate Gauthreaux, who moved away this summer. Soon after, they asked Wiley to record with them.

The co-hosts have been steady presences in Baton Rouge's music and arts communities (Jackson and Douglas are in the band Wimpsville), and the show's guests have mostly come from Baton Rouge's indie scenes. A few of the people who have appeared on "Baton Rouge Sucks" include comedians Trent Manning and O'mar Finley; emcees Marcel P. Black, _thesmoothcat, Phosfiend and DJJEDTHVSLOTH; members of Riarosa, Catbamboo and Screaming Underwater; Dalton Wayne and Jonathan Tillman, of The Warmadillos; the hosts of comics and pop culture podcast "Blerd-ish"; and Joshua Selser, an organizer with Famine Is The Enemy and frontman for DeadCentered. A few weeks ago, food entrepreneur Jay Ducote riffed with the group.

"The ultimate goal," Lanius said, "was to like promote shows that our friends and other artists around town are doing that may not get that much attention or, you know, really be seen by people because they don't necessarily have the right avenue to promote."

This year, the group has been branching out into hosting more live events, like "Pissy Sad Sad Nite," the most depressing monthly open mic in the city, and an electronic dance music night, the "Super Secret Rave Only Cool People Know About." On Friday, Nov. 1, "Baton Rouge Sucks" is recording its first live podcast during the "Graveyard Shift" party at the Spanish Town Market.

"People want something that they can relate to, some s*** they can connect with," Jackson said, "but they also don't want it to be super boring. That's kind of where we stand out. It's funny and interesting, plus it's local and, I think, not badly done."

"And it's not too sincere," Douglas tossed in. "You don't have to take yourself seriously."

Released every Thursday on iTunes, Stitcher, Spotify and Google Play

Find out more about the podcast at facebook.com/batonrougesux

Released every Thursday on iTunes, Stitcher, Spotify and Google Play

Find more about the podcast at facebook.com/batonrougesux