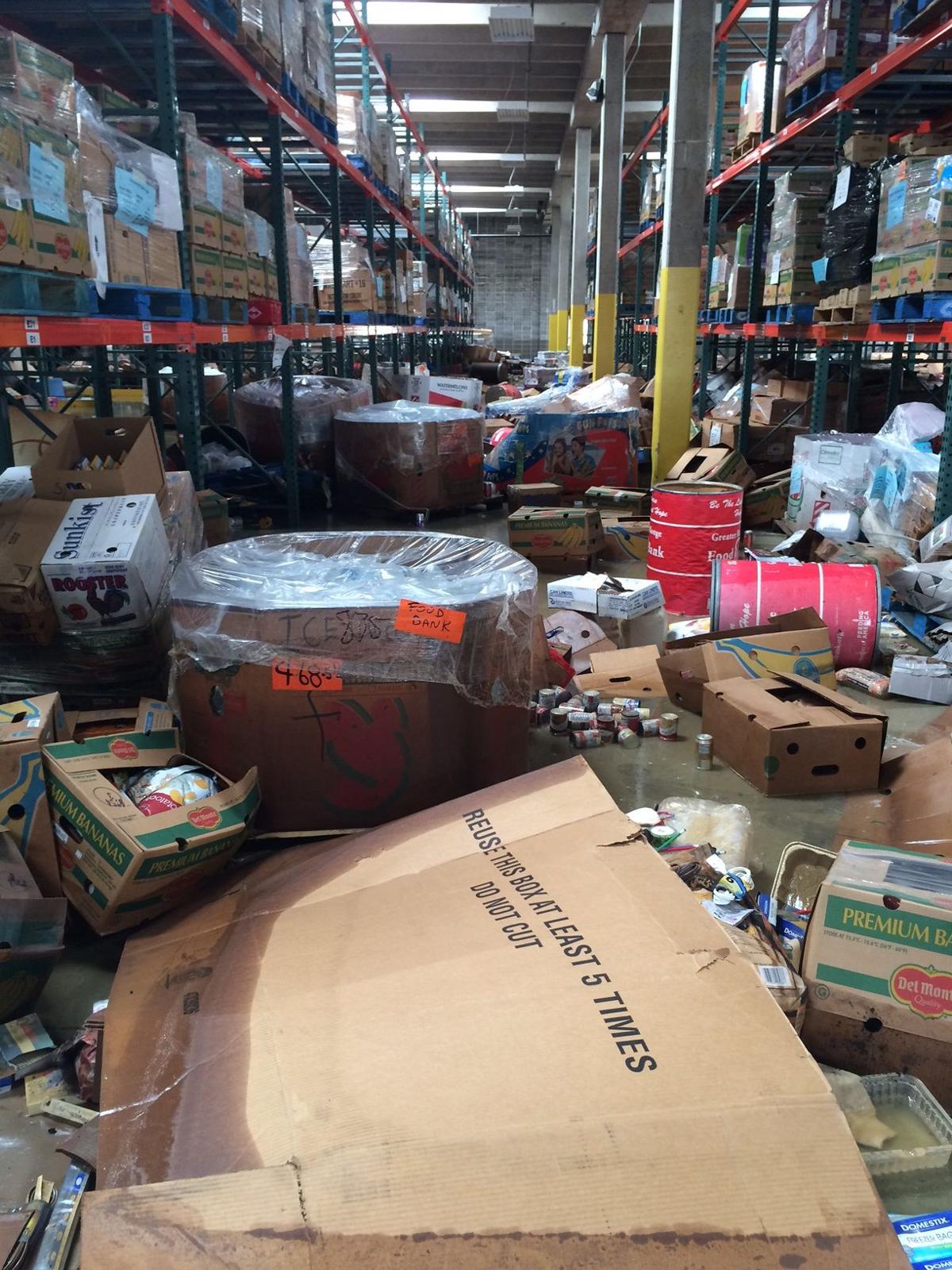 The Greater Baton Rouge Food Bank lost 500,000 pounds of food, its trucks and forklifts when 4 feet of water inundated its South Choctaw Drive facility. It's now operating out of a rented space and getting food to those who need it. 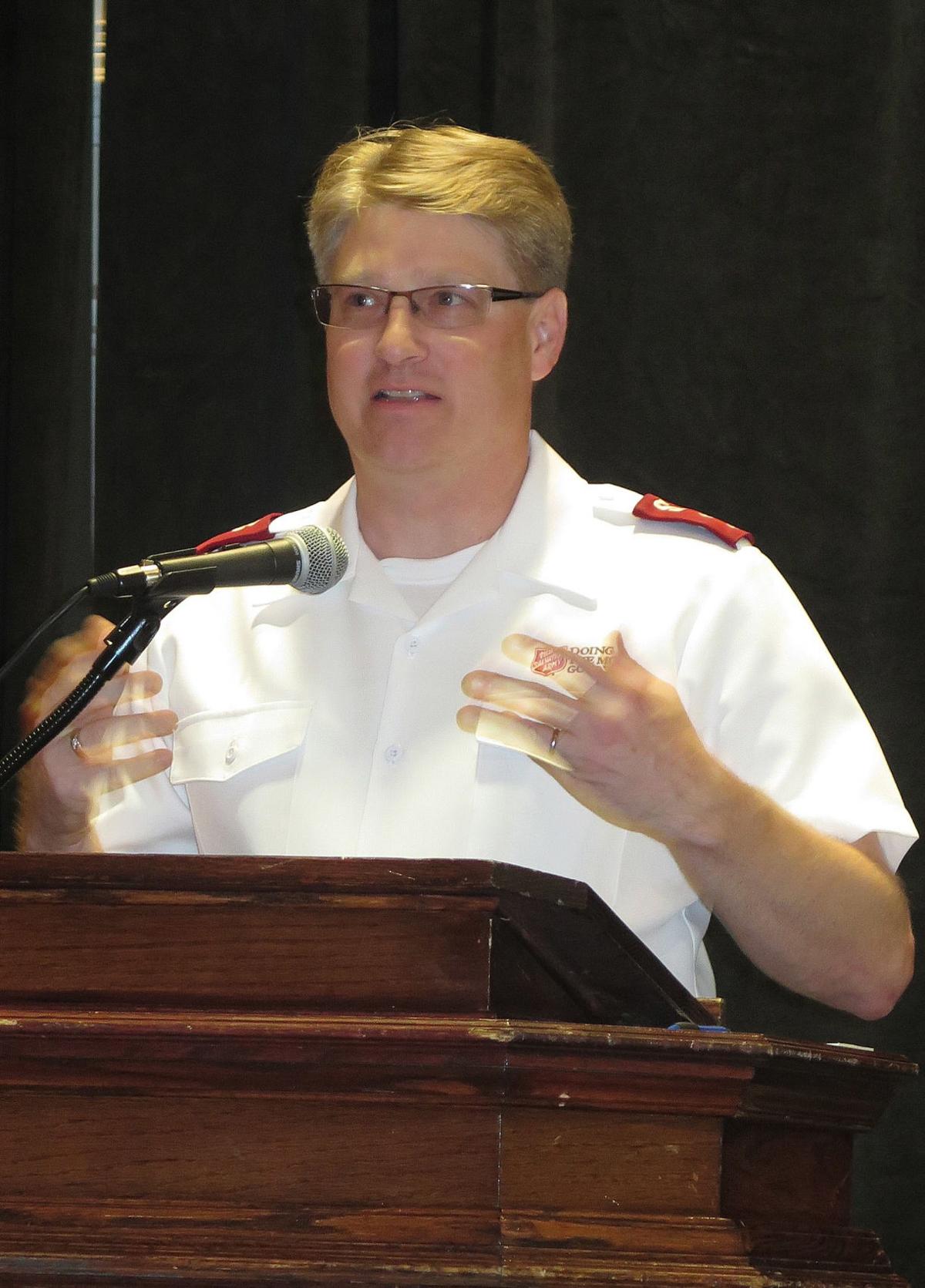 Capt. Brett Meredith, commander of the Baton Rouge Salvation Army, takes part in a panel discussion on coping post-disaster for Baton Rouge nonprofits at the Louisiana Association of Nonprofits conference Aug. 18 at the Crowne Plaza. 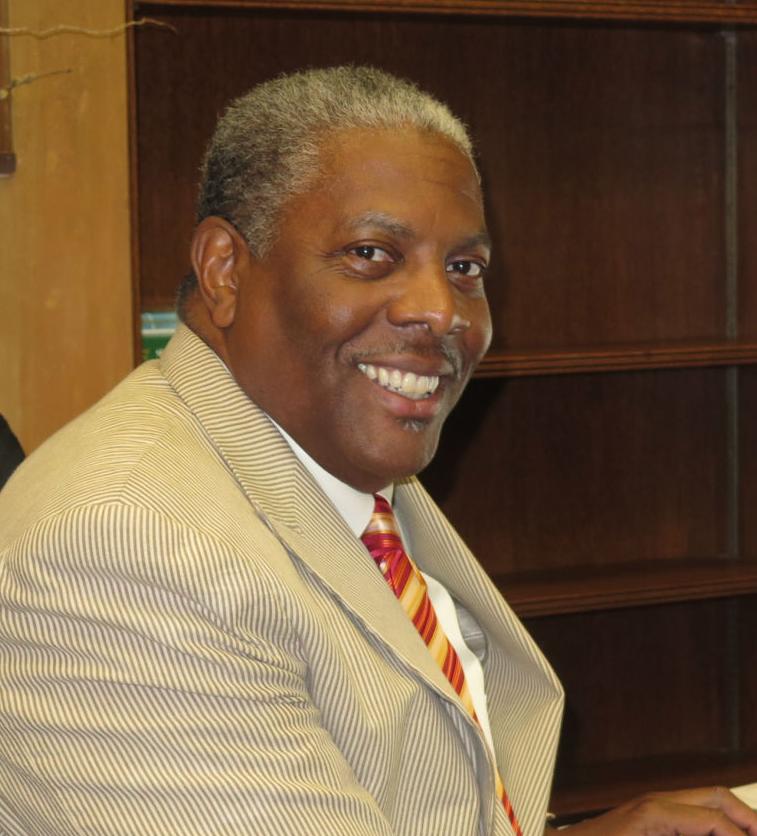 The Greater Baton Rouge Food Bank lost 500,000 pounds of food, its trucks and forklifts when 4 feet of water inundated its South Choctaw Drive facility. It's now operating out of a rented space and getting food to those who need it.

Capt. Brett Meredith, commander of the Baton Rouge Salvation Army, takes part in a panel discussion on coping post-disaster for Baton Rouge nonprofits at the Louisiana Association of Nonprofits conference Aug. 18 at the Crowne Plaza.

When disaster strikes, nonprofit agencies are eager to help, although, like many residents, lots of them are struggling in the aftermath of the flood that inundated south Louisiana.

Some major agencies, like the Food Bank of Greater Baton Rouge and the local Salvation Army, lost their stocked warehouses and offices.

“The reason those two are so critical is they’re usually among the first out there providing services along with the Red Cross," said George Bell, president and CEO of Capital Area United Way. "They’re the ones the community has relied on and expects to have out there feeding first responders and feeding the folks not able to provide their own meals. So, that was a huge loss.”

Both are again in operation.

Other organizations were forced to cancel or reschedule fundraisers that make it possible for them to offer services. Several are putting out calls for assistance in serving their clients.

If you want to help, one good place to start is volunteerlouisiana.gov, the online network that connects Louisiana’s citizens and out-of-state volunteers with opportunities available throughout the state.

A little more than a week into the cleanup and recovery, here's where some of the agencies stand:

The local Salvation Army is dealing with its own devastation, losing nine of its 10 buildings at its Airline Highway headquarters, all of which will be unusable for months, said Capt. Brett Meredith, local commander. That included two warehouses, two thrift stores, homeless shelter, transitional housing, dining facilities and the administrative offices. Clients in the drug and alcohol rehabilitation program were bused to a camp in Mississippi so treatment can continue.

But the destruction has not stopped the Salvation Army's work. By Aug. 17, only days after the floodwaters began to recede, Salvation Army personnel were handing out supplies at the former Gap store at Cortana Mall. Food trucks were serving up to 10,000 people per day over the weekend, some of it through Tyson Chicken’s mobile facility, which came to town after the flood.

“The way we look at it is if we act like victims, then we can’t give hope, and hope is what we’re called to give people," Meredith said. "We want to make sure we’re doing everything we can to give hope in this difficult time for this community.” salvationarmyalm.org/batonrouge.

The Greater Baton Rouge Food Bank lost 500,000 pounds of food when waters entered the South Choctaw Drive facility, including all food inside the cooler and freezer.

"All our trucks and forklifts flooded, too," said Food Bank President Michael Manning. "I was able to get in last Monday (Aug. 15), and … let's just say it's a mess. We've got to spend over a million dollars to clean out our warehouse, replace equipment and get in our headquarters. Money is going to be key for us."

Currently, Manning and staff are operating out of a rented facility on Choctaw Drive to provide much-needed food to shelters and food pantries.

"It took a while for us to get up and running," Manning said, "but we're getting food to those who need it as fast as we can." brfoodbank.org.

Bell, who has been on the job for less than a month as CAUW's president, said his board will meet this week to discuss how United Way funds might be reallocated to help organizations affected by the flood.

CAUW is accepting financial donations, as well as donated goods at its headquarters at 700 Laurel St. in Baton Rouge. You can also text LAFLOOD to 313131 from your mobile device to make a donation.

The site, cauw.org, is also a good resource for those who need help in recovery efforts.

Cancer Services of Greater Baton Rouge has postponed its Capital Chefs' Showcase fundraiser, which had been scheduled for Sept. 8, because the River Center is being used as a shelter. Meanwhile, the staff is assisting existing clients and dealing with the influx of new ones.

"We've set up an emergency fund to help those with cancer who've also been impacted by the flood," said Executive Director Jill Roshto. "We want to offer some relief to the additional stress of having cancer and being displaced by the floods, and, as word has spread, we've had a lot of new clients come in and register recently."

The fundraiser brings in money vital to support Cancer Services' mission, Roshto said, and will most likely take place sometime in November. cancerservices.org.

"Right now, we're focused on helping out homeowners who are flooded out. Next week, we'll be out helping gut homes of others who need our help," said Executive Director Lynn Clark. "We'll also be a resource center for those who may need help navigating FEMA. We've gotten a lot of calls from people wanting to volunteer, so we want to do what we can to help the community." habitatbr.org.

Louisiana Assistive Technology Access Network, whose "Cause for Hope" fundraiser is Nov. 10, connects individuals with disabilities and the elderly with assistive technology that enables independence in employment, school and living in the community. Many of its clients lost that technology in the floods.

"We are in the shelters and placing devices so they can be used, and we're also providing services after they get home," said LATAN's Maria Yiannopoulos. "We're lending out (equipment) now like crazy, especially wheelchairs." latan.org.

The Louisiana Resource Center for Educators is trying to help teachers whose classrooms were flooded by collecting pads, pens, file folders and items teachers use to decorate their rooms. It's also working with the Capital Area Corporate Recycling Council to get computers for teachers.

"We had a huge 'dust-off' at the end of July, so we'd gotten rid of tons of stuff, so now we're asking for everyone's help — especially retired teachers," said Executive Director Nancy Roberts.

Family Road of Greater Baton Rouge, which provides a variety of services for families, is working with their existing clients by getting them food and supplies, especially those with young children and those who are pregnant, said Dena Christy, executive director. They particularly need diapers, wipes and clothes.

"There are also transportation issues," said Christy. "Some are in rental homes, so we're trying to see what's going on with their housing, making sure they get registered with FEMA and assisting them with Medicaid and DSNAP applications … even those who aren't our clients. This is impacting the greater Baton Rouge community." (225) 201-8888.

The Boys & Girls Club, which provides after-school care at area schools for hundreds of local children, is back up and running as of Aug. 24. For those schools that flooded, the club will move with the students.

"We know that several of our schools have been flooded and lots of our club members have been displaced. Our plan is to open our after-school programs when the schools reopen. For our schools that were damaged, their students will be moved to another school or site. Our goal is to follow them to their location," said Executive Director Pat Van Burkleo.

"It's important that children have a safe haven during this turbulent time," he said, adding, "Our need is greater than ever before." brclubs.org.

Alzheimer's Service of the Capital Area is working with caregivers who have been displaced to clean up their homes. Some openings are available at its Charlie's Place, which helps those with early to mild-stage Alzheimer’s and dementia-related disorders and allows caregivers a break.

"Special-needs shelters require the caregiver to stay with their affected individual, preventing them from starting the recovery process," said Executive Director Barbara Auten. "Long-term care facilities are nearly at capacity, and we're assisting with placement wherever possible. … We'd like to offer our assistance wherever possible." alzbr.org.

Heritage Ranch, which provides family-style housing, counseling and comprehensive case management with the goal of family reunification for youngsters ages 13-17 in crisis, took on 5 feet of water across its Zachary campus. Executive Director Vicki Ellis and family, who also lived on the property, are living with friends in Baton Rouge and working out of donated office space at the Long Law Firm.

"We're kind of shifting our focus at the gala for those who care about Heritage Ranch and care about our mission to consider supporting our effort to rebuild as quickly as possible," said Ellis. hrbr.org.

'I want to get back to living': Hundreds arrive at newly opened FEMA centers to start rebuilding process

Two hours into his visit at the disaster relief center Monday, Brandon Wiley was at his third station.

This historic Louisiana flood inundated areas that never before have seen waters rise. That has left many without flood insurance -- or experi…

Out-of-state contractors flock to BR, but don't get taken for a ride

The flood that swept through south Louisiana earlier this month, displacing thousands of people from their homes, is being described as the na…

The Greater Baton Rouge Food Bank, which has been working out of temporary facilities since its building flooded in August, began on Wednesday…