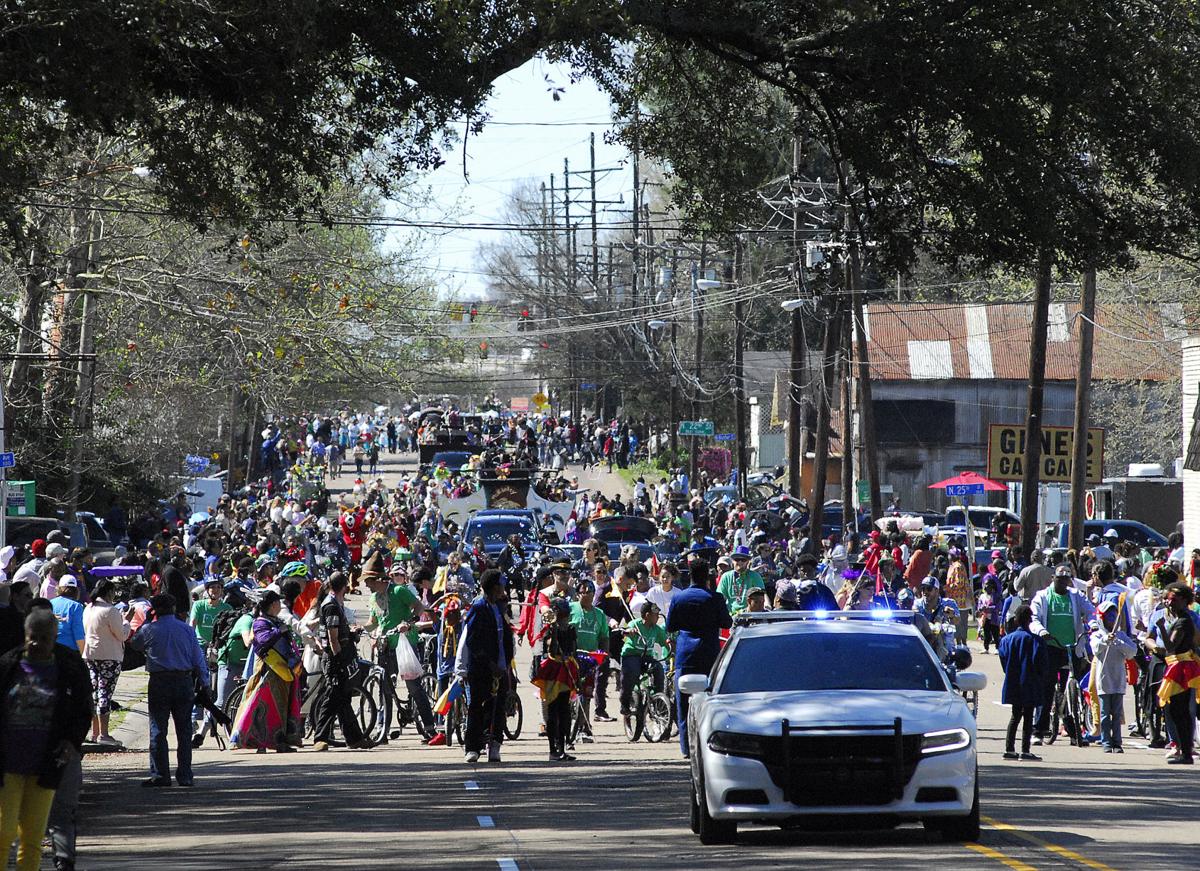 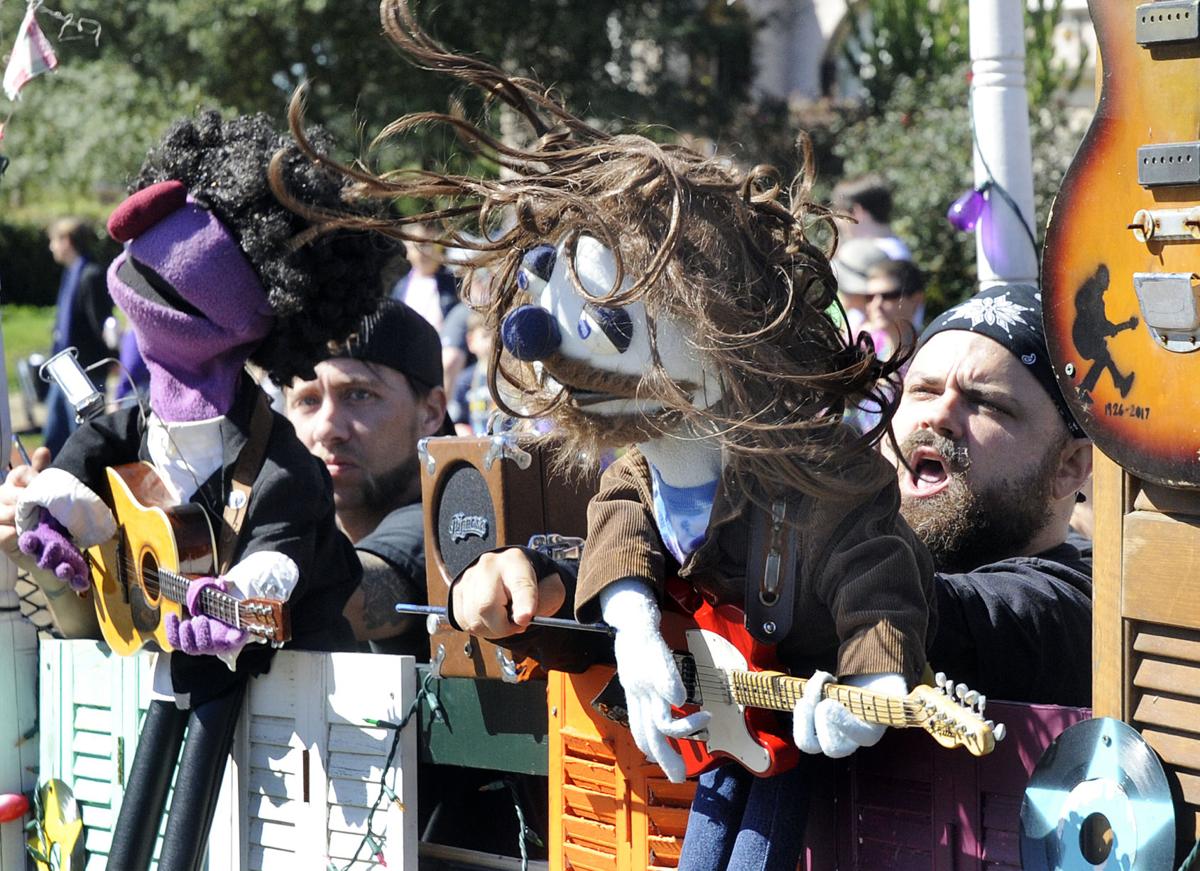 Puppets playing guitars thrill the crowd as they roll down North Boulevard during the 2019 Mid City Gras Parade. This year's parade is Sunday, Feb. 16.

Puppets playing guitars thrill the crowd as they roll down North Boulevard during the 2019 Mid City Gras Parade. This year's parade is Sunday, Feb. 16.

Mid City Gras will reveal the grand marshal of its upcoming parade on Monday, Jan. 6, the first official day of the 2020 Carnival season.

The event will take place from 5:30 p.m. to 7:30 p.m. at Baton Rouge Gallery, 1515 Dalrymple Drive. Representatives from the 2019 grand marshal, Front Yard Bikes, will pass the scepter and crown over to the 2020 grand marshal, according to a news release.

The Prancing Babycakes adult dance crew won the Golden Nut Award for raising the most money for its charity, Girls on the Run South Louisiana,…

The third annual Mid City Gras Parade will roll at 1 p.m. Sunday, Feb. 16, on North Boulevard. The route will go from the overpass to Baton Rouge Community College.

"The parade is a celebration for everyone who lives, works and plays in Mid City, designed to showcase the diversity of the community with a spirit of inclusiveness," the release also said.

Mid City Gras rolled through Baton Rouge Sunday. The parade, which has a squirrel for its mascot, included floats, marching krewes, performers…

The second annual Mid City Gras Ball is set for 7 p.m. to 11 p.m. Saturday, Feb. 1, at the Capital City Event Center, 6955 Florida Blvd. Tickets can be purchased at https://bontempstix.com/events/Mid-City-Gras-Ball-2--1-2020. The ball is for revelers 21 and older. WHYR Community Radio will provide music.

“Is not January the hardest month to get through? When you have weathered that, you get into the gulf-stream of winter, nearer the shores of spring.”