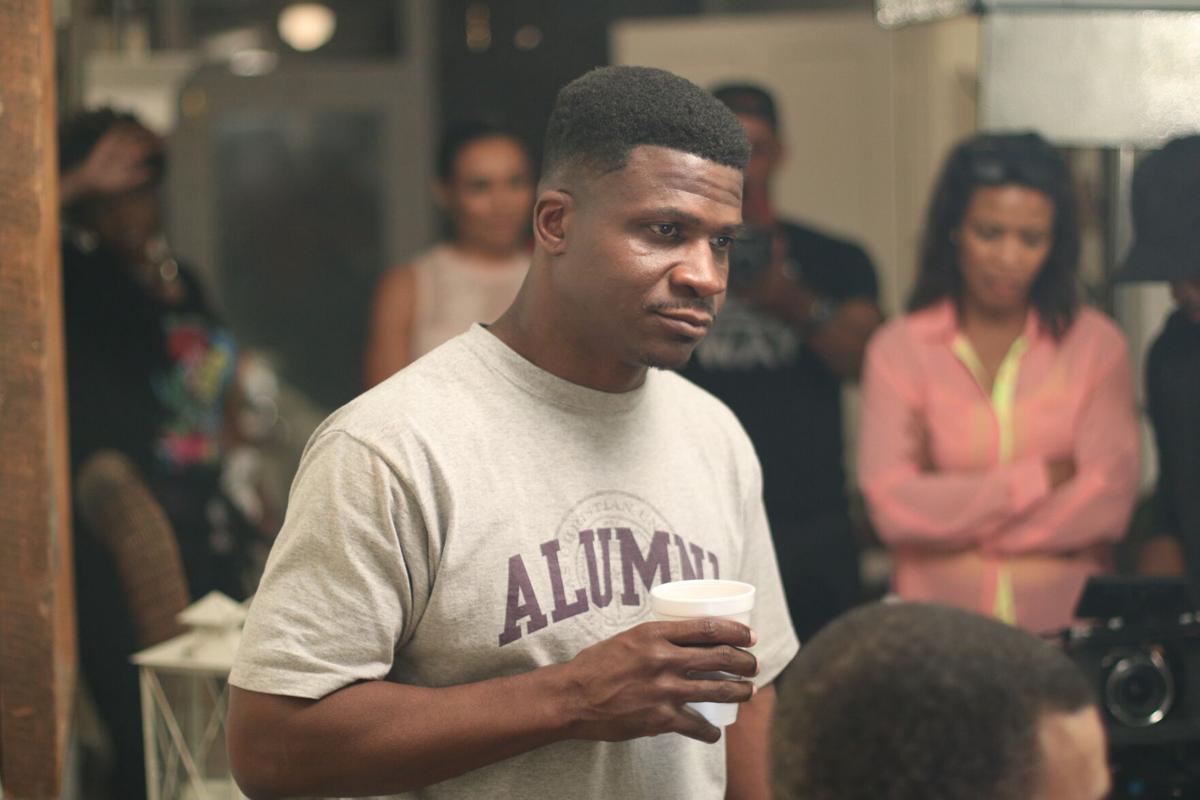 Aaron Williams is director of the Baton Rouge-shot movie 'The Perfect Mate.' 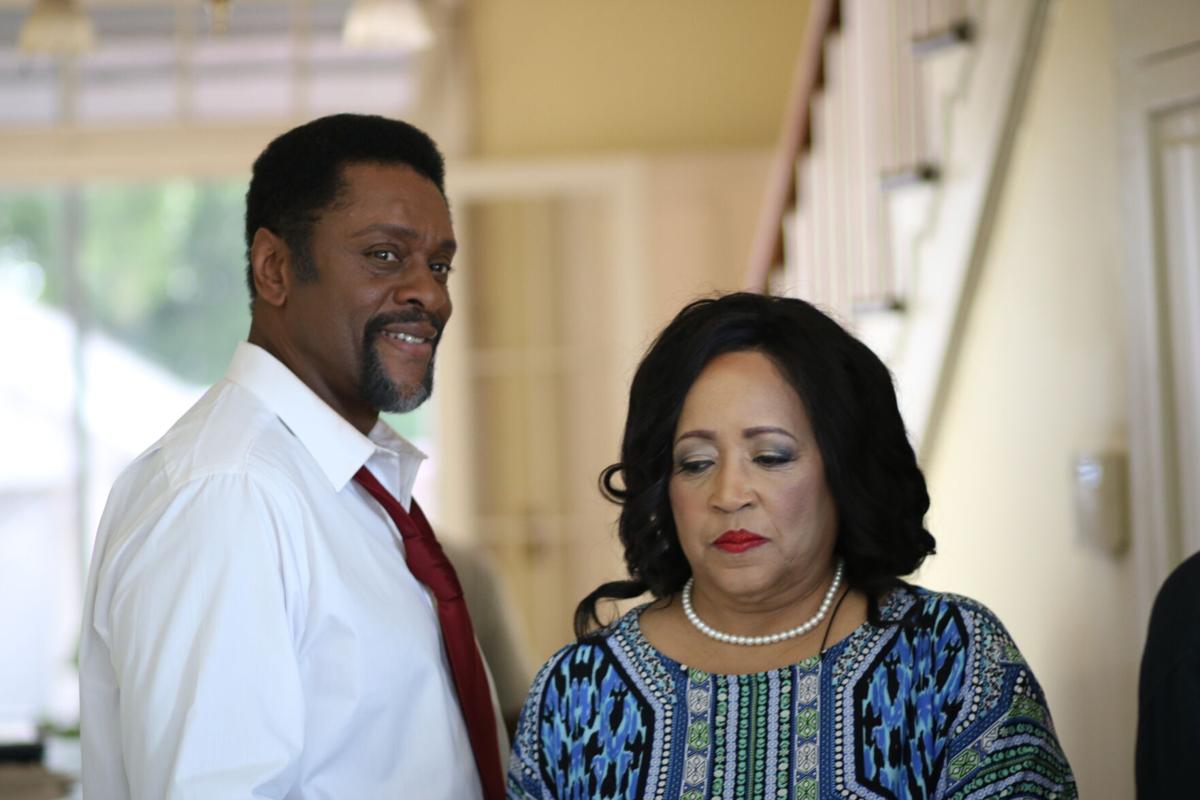 Lawrence Hilton-Jacobs and Jackee Harry star in the movie 'The Perfect Mate.' 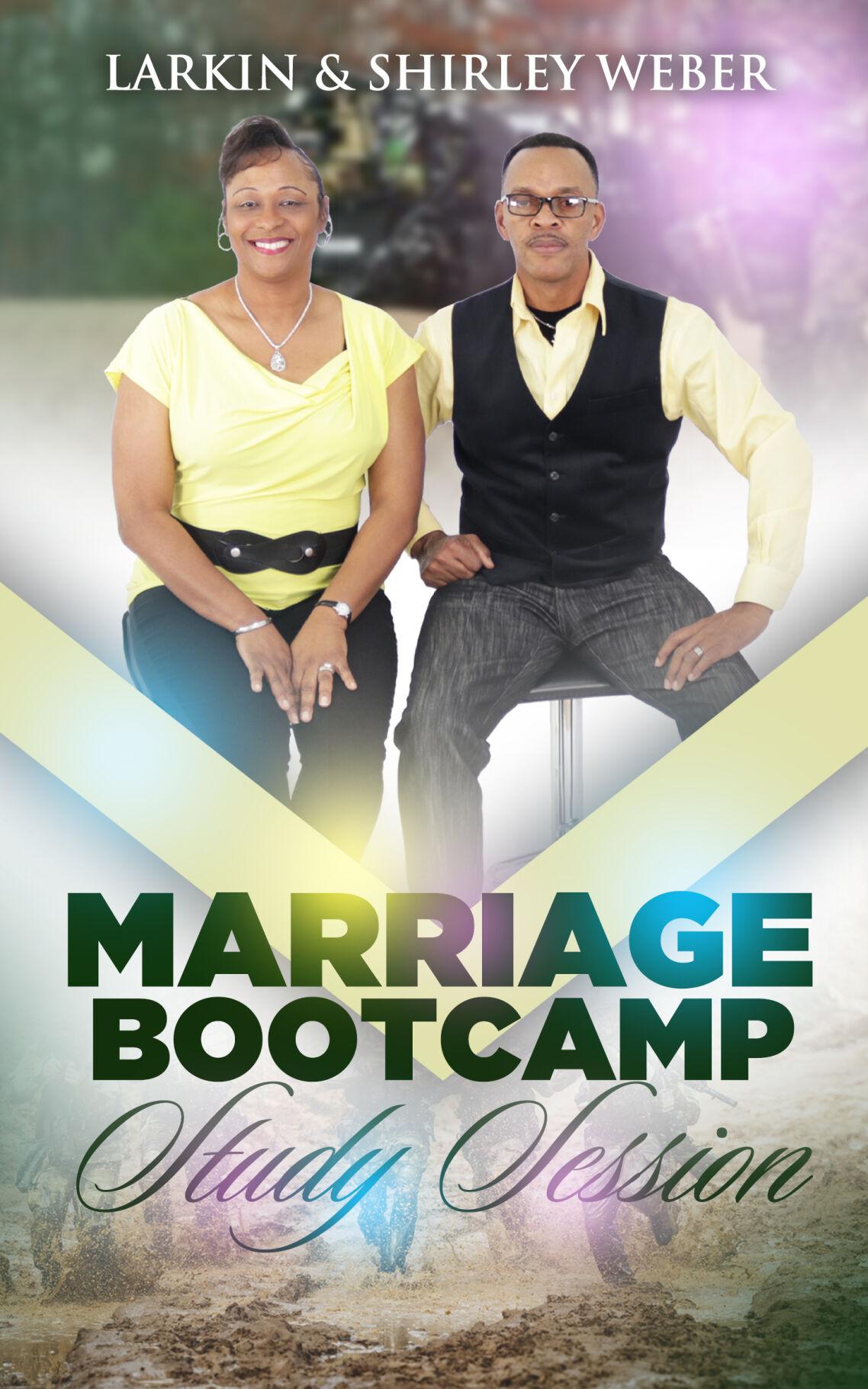 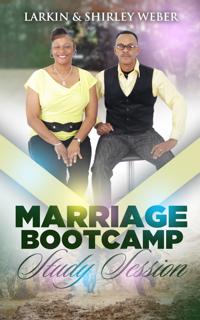 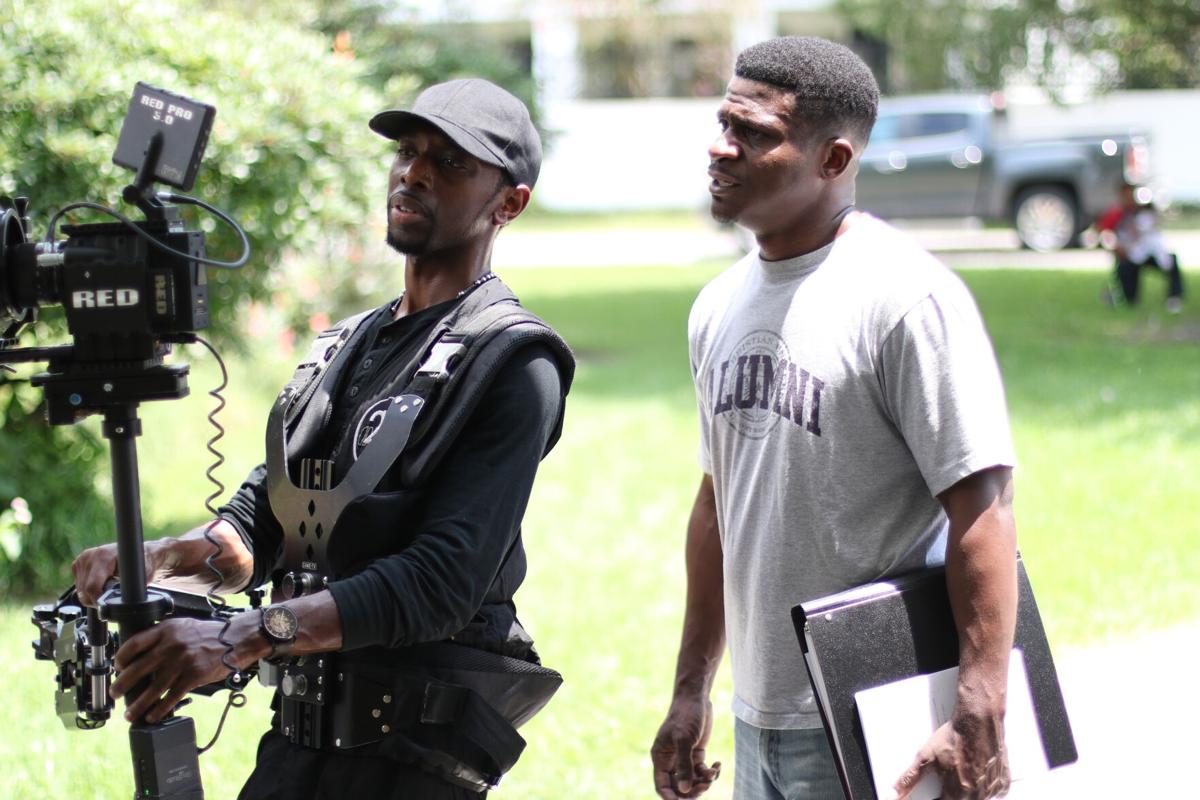 Aaron Williams, right, directs a scene of the movie 'The Perfect Mate.' 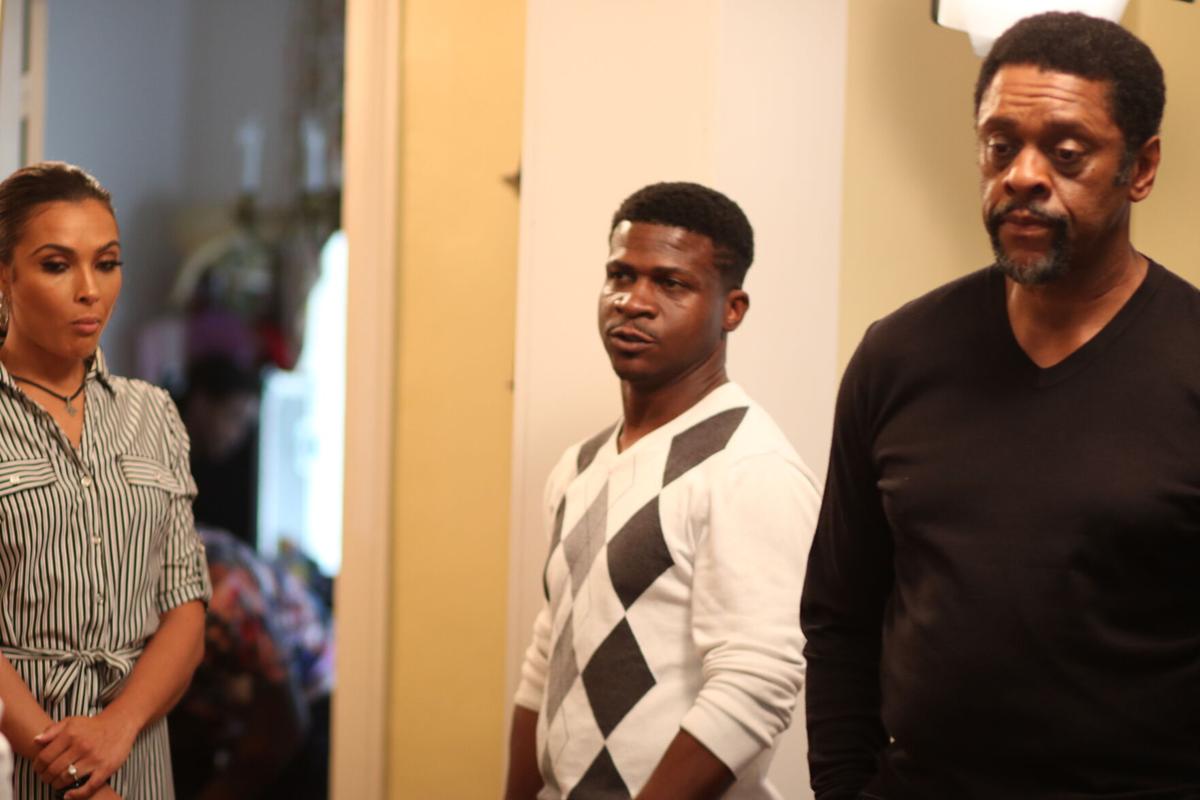 Brittany Lucio, left, director Aaron Williams and Lawrence Hilton-Jacobs are on the set of the movie 'The Perfect Mate.' 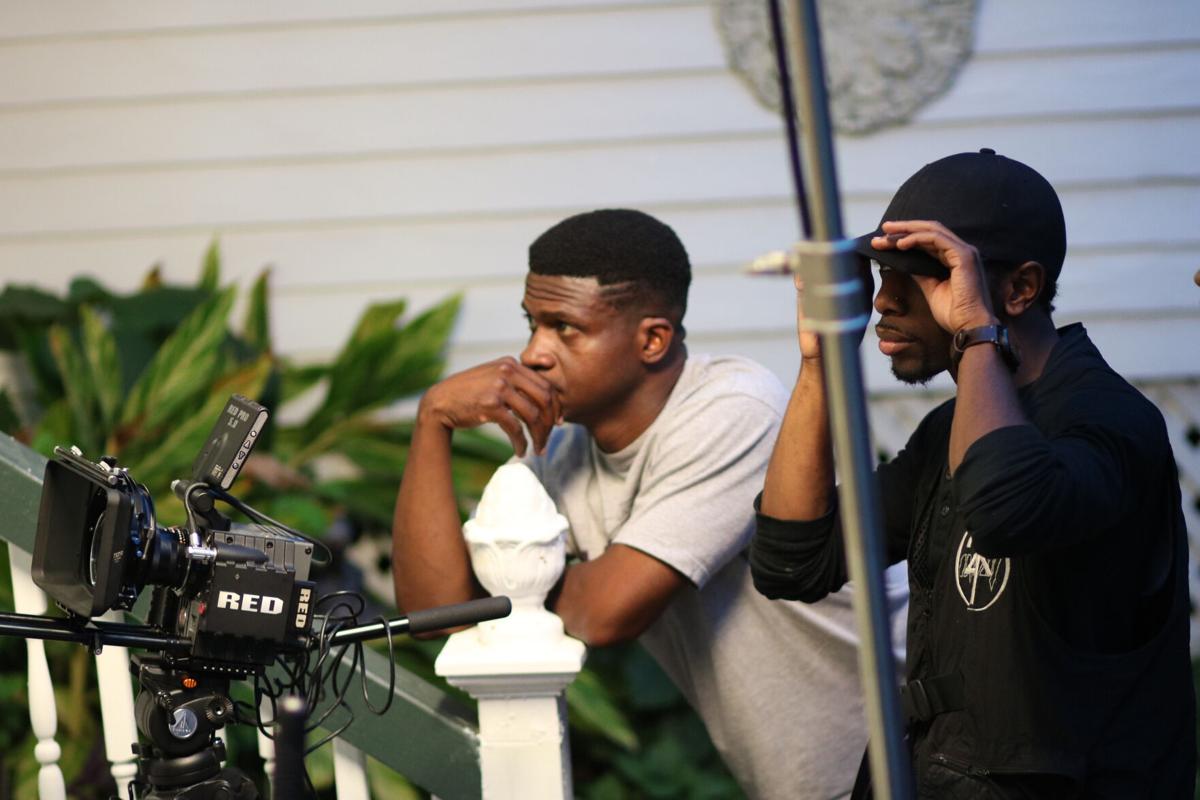 Director Aaron Williams, left, watches as a scene is set in the film 'The Perfect Mate.' 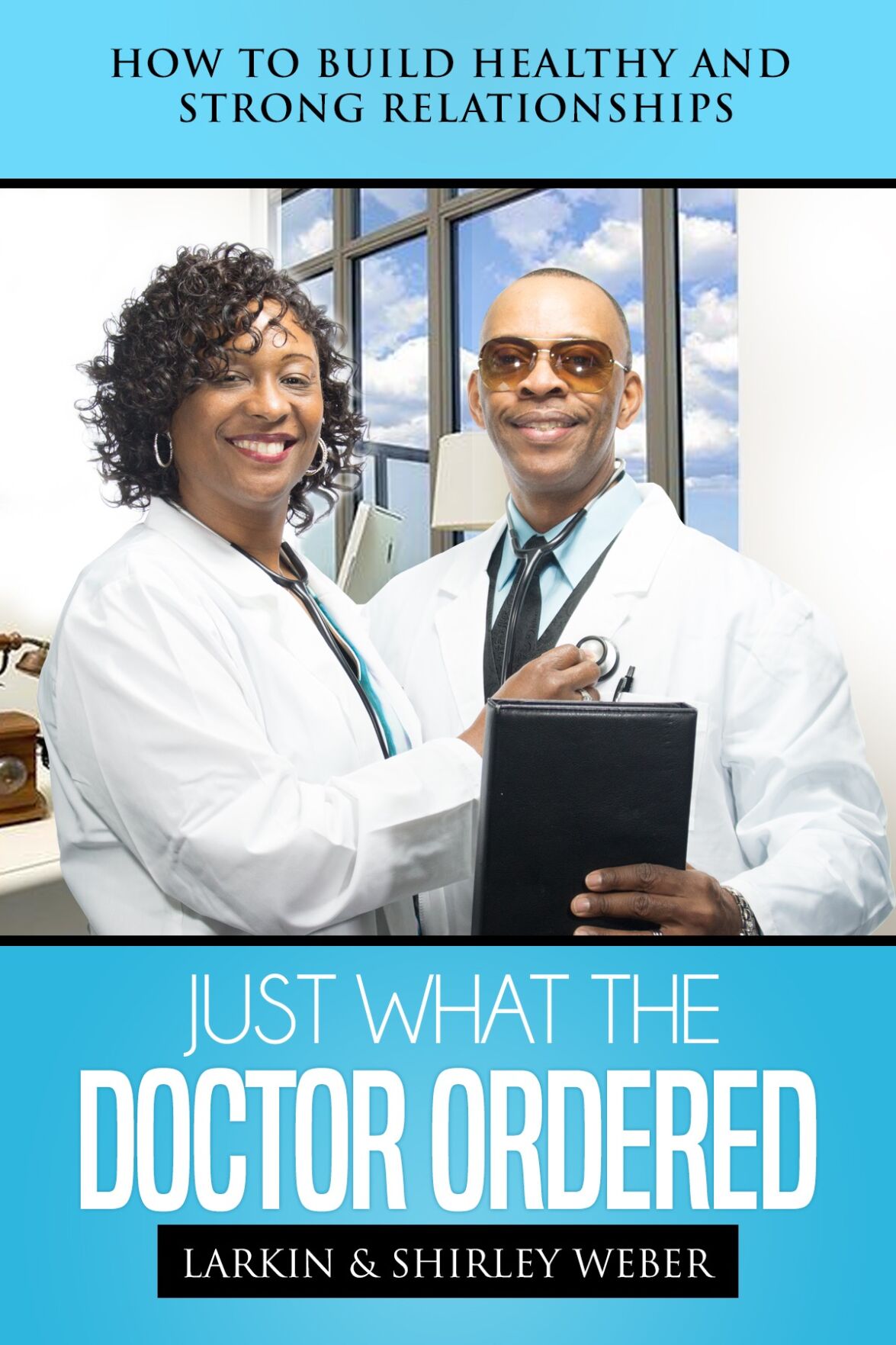 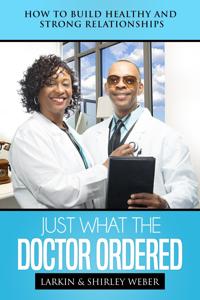 Aaron Williams is director of the Baton Rouge-shot movie 'The Perfect Mate.'

Lawrence Hilton-Jacobs and Jackee Harry star in the movie 'The Perfect Mate.'

Aaron Williams, right, directs a scene of the movie 'The Perfect Mate.'

Brittany Lucio, left, director Aaron Williams and Lawrence Hilton-Jacobs are on the set of the movie 'The Perfect Mate.'

Director Aaron Williams, left, watches as a scene is set in the film 'The Perfect Mate.'

His latest work is the locally-shot romantic comedy "The Perfect Mate" starring Lawrence Hilton-Jacobs ("Cooley High," "Welcome Back, Kotter," "The Jacksons: An American Dream" and "Roots"), Jackée Harry ("227" and "Sister Sister"), Chico Benymon ("Half and Half"), Brittany Lucio ("Everything But a Man") and Shreveport native K.D. Aubert ("Friday After Next," "CSI: NY" and "Buffy the Vampire Slayer").

"My goal is to not only make faith films but to make movies that have positive and moral standards that a lot of Hollywood has 100% gotten away from that," said Williams, who owns Digital Media Production House and attended Woodlawn High School and LSU.

"The Perfect Mate" was shot last August in several locations around Baton Rouge. Williams had plans for wide release before the coronavirus pandemic upended the film industry. He still plans to reach the nation — one area in a time.

The movie will be released through a series of drive-in theater-type events, mostly at churches. The first for the drive-in events, all of which start at 8 p.m., is set for Aug. 20-22 at a parking lot at 1180 N. Main St. in Opelousas. The tour then makes a three-day stop, Aug. 27-29, in Baton Rouge at Lighthouse Christian Fellowship Church, 1564 Nicholson Drive. Other scheduled dates so far include Sept. 3-5 at Spirit and Life International Ministry, 704 Olinde St., New Roads; and Sept. 11-12 at Lighthouse For Jesus Ministries, 1921 Wildcat Drive, Abbeville. There will be car hoppers to bring concessions to vehicles.

"We tried to come up with an idea to get this movie out to the masses," said Williams, the movie's director. "Our goal is to eventually hook up three nights every weekend until the rest of the year, until we kind of travel the country. … It's a lot of work, but I feel like we have a strong team."

The movie, which deals with relationships, will also be promoting "The Perfect Mate Bootcamp Kit," which consists of two books and a teaching video on relationships by Baton Rouge authors Shirley and Larkin Weber.

Williams, 40, said the desire to bring wholesome entertainment to families escalated after an experience of looking for a birthday card for his daughter a couple of years ago.

"Every type of card had some sexual joke or something that was highly inappropriate," he said. "Then I started realizing television and films are doing pretty much the same thing. It takes something where you think it's going to be a fun movie, and everything is perverted."

So Williams made it his mission “to have so much positive content to choose from.”

Williams said he understands there are certain subjects like sex and drugs that have to be addressed with youngsters.

"I think these are real issues, but they are presented in a way that it's just about that," he said. "So my goal is not to justify wrongdoing but actually show people what morals are. I don't preach the Bible to you in my projects, but what I do is look at the moral compass of the Bible. … I love comedies, action, sci-fi and adventure. So my goal is to pull those genres and just add moral grounding inside of it and stay away from the profanity."

However, Williams said he didn't want to get "too preachy" in "The Perfect Mate" because it's more than a faith-based film.

The movie centers around control freak Hope (played by Lucio), who plans to bring her fiance, a preacher, home to meet her religious parents (Hilton-Jacobs and Harry). When she is dumped at the last minute, Hope enlists Uber driver and struggling songwriter Jesse (played by Benymon) to impersonate her ex-fiance.

"(Jesse) tries to figure out what to do when he's put on the spot, when somebody says, 'We need you to pray' or 'We need you to do that.' That's when he said, 'I don't know what to do,' so he fakes it and a lot of comedy comes," Williams said. "But while he's faking it, he begins to get to know the family and begins to say, 'You know what. This church thing is not about religion; it's more about relationships.'"

Jesse comes to a new understanding of God.

As a youth, Williams had to navigate his own journey after the breakup of his family. His parents split when he was 17 years old, forcing his mother into a battered women's shelter. Williams and his brother were too old for the shelter and were split among friends.

"My brother had more friends than I had," Williams said. "I ended up moving in with the worst crowd possible. But that's because I had nowhere else to go. These guys were selling drugs and all other kinds of things. And I was there, but I wasn't a part of it."

Instead, Williams, an inspiring pianist, escaped to his music. A teacher encouraged him to graduate from Woodlawn High. At 19, Williams and his brother reunited, sharing an apartment.

"That's when I started to really get deeper into my music," he said. "I started playing piano at churches, and I opened up my own studio."

Through his music, Williams garnered the attention of MTV, partnering with the music channel for a concert at the Old State Capitol in 2001. A commercial for the concert introduced him to video editing.

He was studying piano and prelaw at LSU. By his second year at LSU, Williams was hired at a TV network.

"I went straight in management because of the gift God has given me for entertainment," he said.

That followed with behind-the-scenes work on such TV shows as "Extreme Couponing," "Love It or List It" and as a host of BET movie projects and recordings. He worked on a Hurricane Katrina documentary for Oprah in 2005 and starting earning a reputation as a fixer-upper in the state's growing new film industry. He did major post-production work for the 2010 musical film "Mama, I Want to Sing!" starring Ciarra and Patty LaBelle after the movie was having difficulty getting a distributor.

"I took the project and I looked at all the raw footage and I literally reassembled the entire movie and retold the story with the existing clips," Williams said. "It ended up getting its distribution."

Williams was expanding his directing and producing skills.

"I started doing so many titles for others that I finally said it's time for me to establish my own career," he said. "This project ("The Perfect Match") is one of the first in that path. Even though it's a smaller project, I'm actually doing own my content versus just servicing on others."

Williams was especially delighted to bring the "The Perfect Match" to his home state while being able to work from home.

"I want to be that independent person that can actually build from the ground up and kind of set the model that this can actually happen in our state," he said. "I have kids now. That would be the best feeling to be able to go to one set, bring the stars to my hometown and then go home to my family when my night it is done."

During the shooting of the movie, Williams sought the advice of the Webers to help bolster the lessons of the movie. The Webers are authors of the 2016 book "To Make a Difference You Have to Be Different" and new releases "Just What the Doctor Ordered" and "Marriage Bootcamp," both of which served as centerpieces for the film.

"They have a strong marriage. They've been through a lot of things," Williams said of the couple. "They've written books, and they've trained other couples about how to have healthy, long-lasting relationships. … They were an integral part of putting together that study guide that we have to go along with this movie for a deeper understanding of some of the messages that I wanted to be brought out."

Shirley Weber said it was surreal being on the set, going through scenes and turning certain topics into teaching moments for the study guide.

For tickets and other information, call (225) 933-5816 or visit theperfectmatemovie.com or gottobedifferent.com.