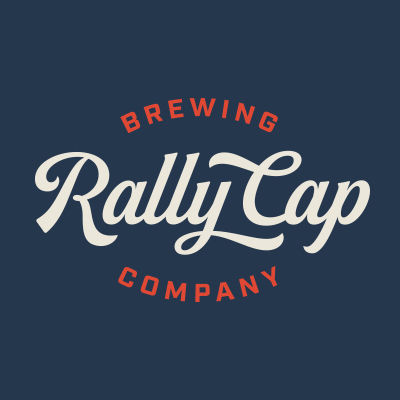 The logo for the upcoming Rally Cap Brewing Company

A banner logo for Rally Cap Brewing Company, a new Baton Rouge brewery that is aiming to open in summer 2018

The logo for the upcoming Rally Cap Brewing Company

A banner logo for Rally Cap Brewing Company, a new Baton Rouge brewery that is aiming to open in summer 2018

A sports-themed, hop-centric brewery and taproom is coming to Baton Rouge next summer.

Rally Cap Brewing Company has secured a lease and will begin renovation of property at 11212 Pennywood Ave. The 9,400 square foot facility in the Industriplex area will house Rally Cap's production brewery and taproom.

Construction on Rally Cap Brewing is set to begin this winter. A target opening date is summer 2018, according to founder Kevin Whalen.

The brewery will feature a 15-barrel brewing system, designed to accommodate future growth, as well as a 2,000 square foot taproom with an outdoor patio and a number of flat-screen TVs for guests to enjoy games while drinking a beer.

Whalen said he's had the idea to open a brewery for about five or six years, and has been homebrewing for nearly a decade.

"I love homebrewing, everything about it, and I dove deep into the craft beer scene," he said, mentioning that the timing was right for opening his own brewery. "I had a good job that allowed me to go in a different direction, but it's also the explosion of the craft beer culture that has been huge around the country is finally starting to catch hold in Louisiana. I think this is more of a chance to spread that and build on that craft beer culture in Louisiana."

"I decided it was finally time to go for it," he added. "It's a risk, but it's a risk worth taking."

Whalen returned to Baton Rouge this year after working with Pinnacle Entertainment in San Antonio, Texas. Before moving there, Whalen worked with L'Auberge Baton Rouge Casino & Hotel, as a director of special projects then vice president of casino operations.

"In San Antonio and Austin, there are breweries popping up every couple of weeks," Whalen said. "I wanted to move back here because it's really about the people I met here. I knew they would be supportive of me and my venture, and it's been great coming back. Baton Rouge became the one place I felt was like home."

Though Rally Cap will be "hop-centric" and feature IPAs, Whalen said he doesn't want to pigeonhole what types of beers they'll serve.

"We like beer with hops," he said. "However, our goal is to start with seven or eight beers. I'm thinking two IPAS, two pale ales. We'll have a selection. We're also working on a chocolate porter."

Whalen also mentioned that the immediate goal is to open the taproom, offering the beers exclusively on site. Distribution into grocery stores and other markets is not a priority for now.