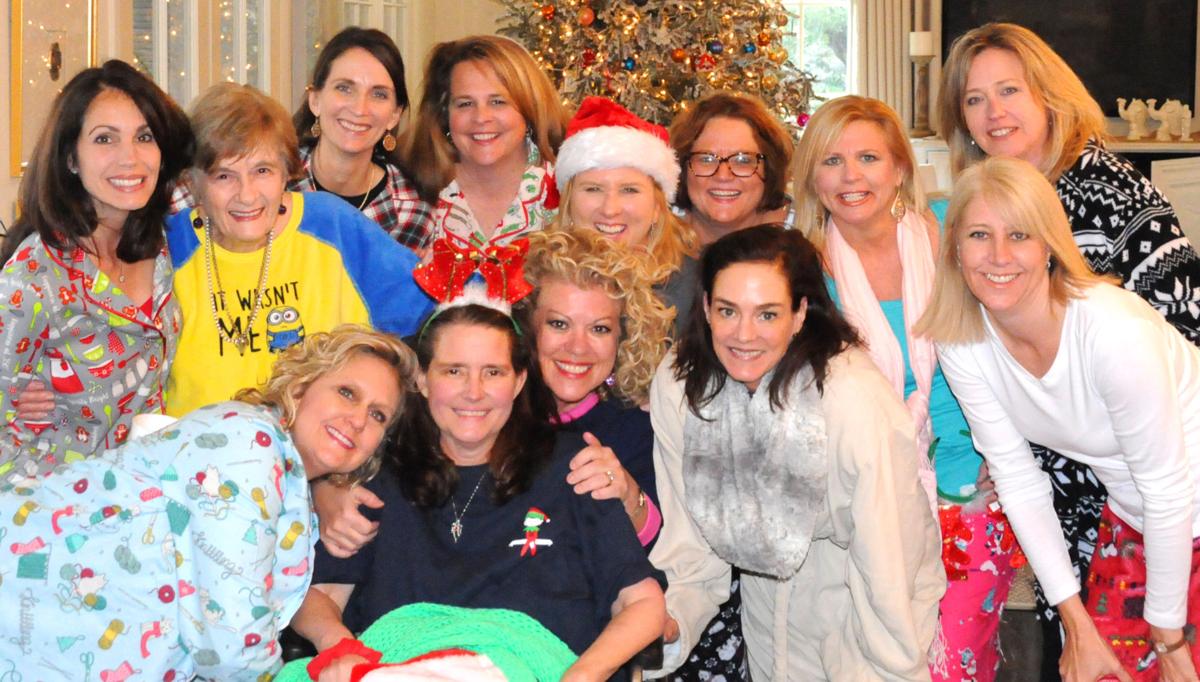 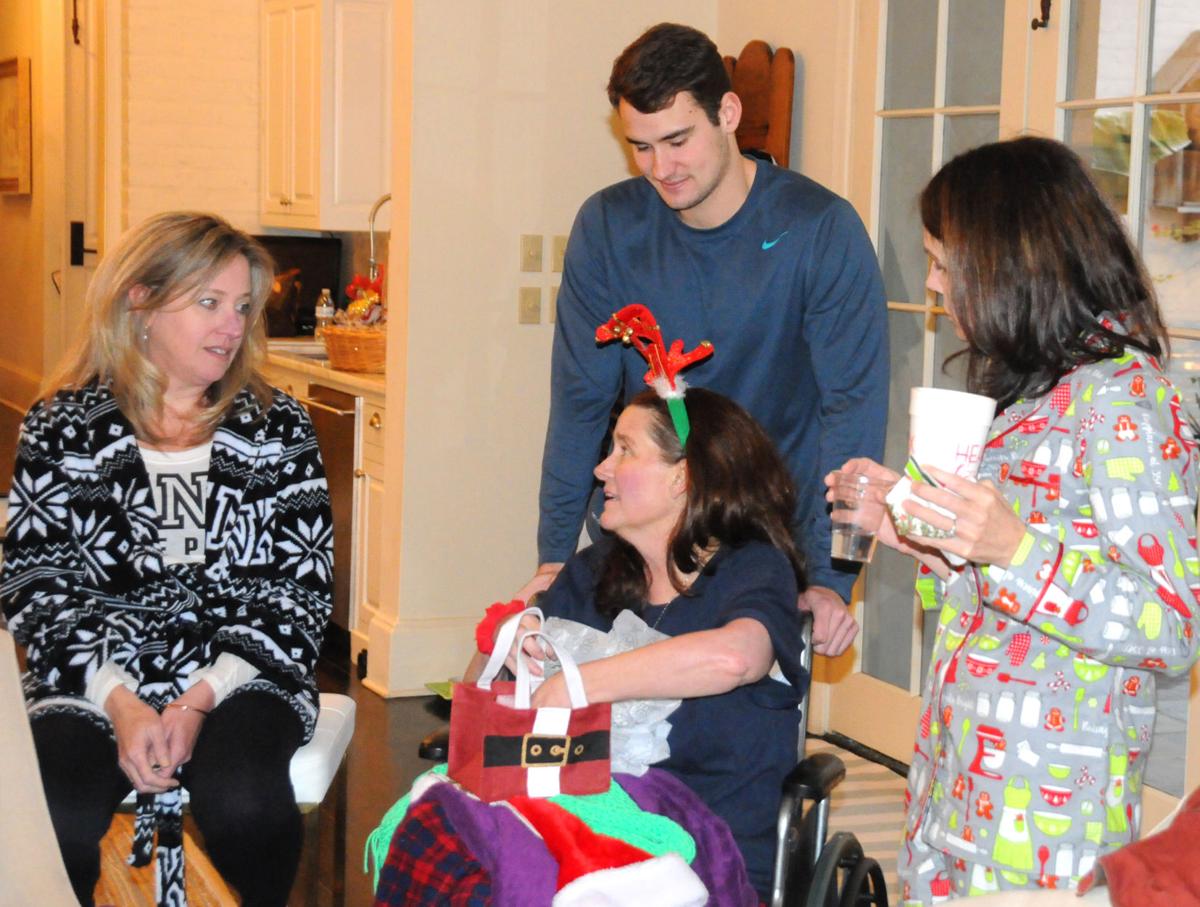 LiAnn Larguier, center, visits with, clockwise from left, Anna Prevost; her son, Justin Caballero; and Sue Smith at a Christmas party 'The Tribe' held for her in December. 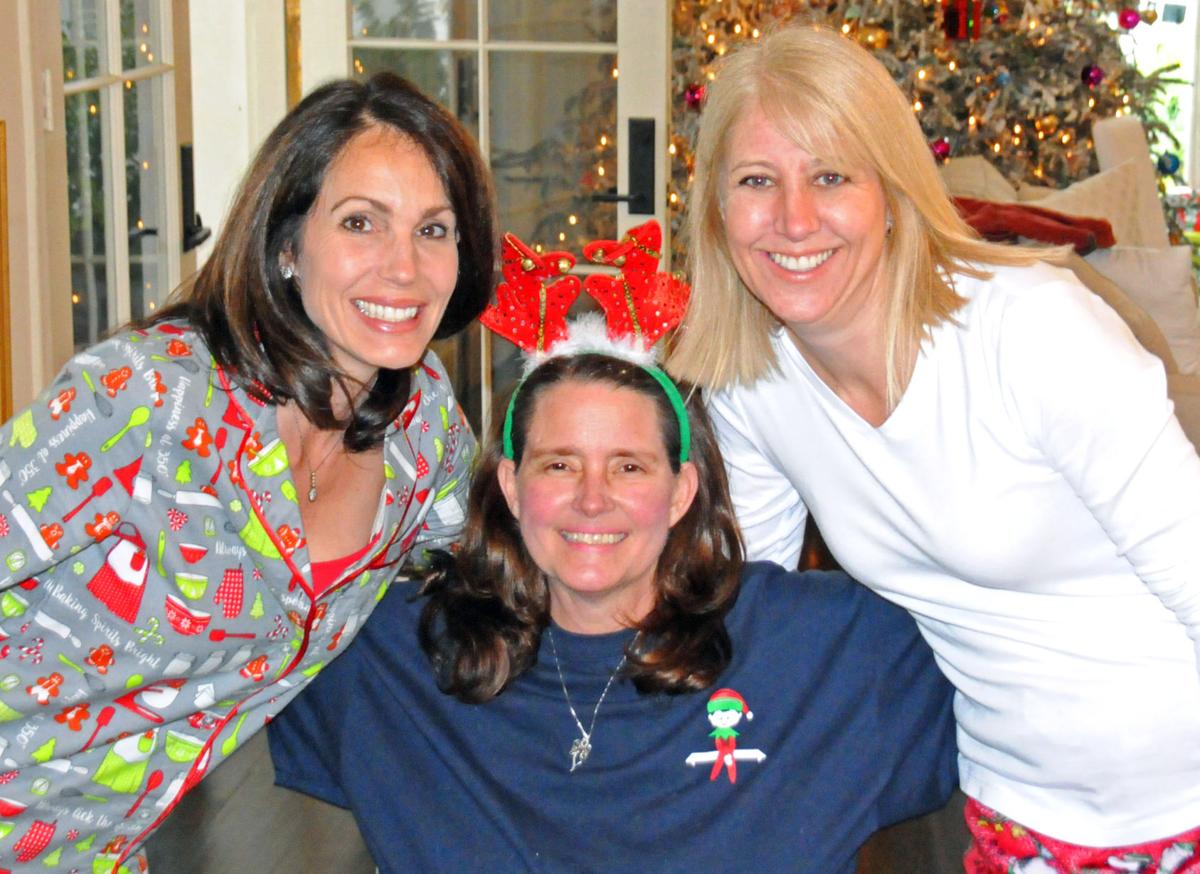 LiAnn Larguier, center, visits with, clockwise from left, Anna Prevost; her son, Justin Caballero; and Sue Smith at a Christmas party 'The Tribe' held for her in December.

High school graduations, despite the celebratory mood, should come with a warning label: This could be the beginning of the end for many friendships.

So it was for the University Lab School Class of 1984, many of whom met in first grade. They didn’t intentionally grow apart, but life happened. Once-close friendships became fond but dimming memories.

Then, last year, Shalane Martin Crick discovered that a former classmate, Elizabeth Ann “LiAnn” Larguier, had stage 4 colon cancer. And that sent a ripple that crossed the country and turned back the calendar.

Almost immediately, more than a dozen old friends — some of whom had not seen each other in decades, most of them among the 33 female U-High graduates from 1984 — became a team. They helped Larguier's family care for her through the terminal stages of her illness, then assisted the families of two other classmates whose fathers died.

Even as the tragedies have subsided, they have remained as close as they’ve ever been. Maybe closer.

They call themselves “The Tribe.”

“She (Larguier) had an amazing effect on all of us that we never expected, and we promised her we would stay together,” Crick said. “And so we have. We communicate daily.”

Call it making up for lost time.

Crick and Larguier were freshman roommates at LSU. But Larguier married and had children before most of her classmates, Crick said, so they moved in different circles.

After last year’s floods, Crick got word of Larguier’s cancer diagnosis. Larguier’s father, Bill, had died the previous year, and her mother, Florence, also had been treated recently for breast cancer.

Crick called Katherine VanDuzee Castle and Angie Bivin Wood and suggested they needed to look in on Larguier, now single, who had moved in with her mother.

That visit became a movement.

“We went to see LiAnn and within 12 hours, we had 17 people on an email-text loop that literally were willing to do whatever they could, drop everything to help take care of LiAnn,” Crick said.

And they weren’t kidding. They threw parties, brought LiAnn on picnics, took her to the doctor, ran out to satisfy cravings like milkshakes. They connected her with Sister Dulce, a Catholic nun who has a healing ministry. For five months, they became a daily presence.

“They were absolutely unreal,” Florence Larguier said. “They were here in the morning as early as 6:30, sometimes until dark, and they did everything for her. Mainly, they gave her something to really live for, her last months. You can imagine, if you know you’re not going to really make it, how many sad moments you would have. But they were always here. They always had something they were planning to do for her.

“They were just going to be here for her and make a difference in her life.”

That included a Christmas party and ornament exchange. At that point, Larguier was too weak to get dressed, so they made it a pajama party so she’d feel comfortable. A lifelong Tiger fan, Cindy Tyler Rice came over to watch the games with her.

“The game is what I went for, but it wasn’t necessarily what I left with,” Rice said. “It was the vehicle. She and I had a lot of deep conversations — a lot of spiritual ones, a lot of things about forgiveness. To be honest, I got more out of the relationship than I think I gave. She brought us together, and we walked so openly and deeply with friends from high school that we trust.”

The Tribe spread the workload. Seven out-of-state members offered to cover expenses for things local members bought. Eventually, there were about 20 people in a texting group that gave constant updates and shared needs.

“My husband said, ‘You’re going to have to turn that off at night so I can get some rest,’ because it’s constant,” said Sudie McCool Moyse.

Larguier died Jan. 8. She was 50. In addition to attending her funeral, Tribe members went back to the cemetery with her mother in May when her headstone was ready. They released balloons in the shape of doves and sang “Jesus Loves Me.”

“It was the most beautiful thing I’ve ever seen in my life,” Florence Larguier said.

Since then, local Tribe members have attended Sister Dulce’s spirituality classes every month, followed by dinner. On a more regular basis, they have committed to making sure their renewed bond stays strong.

“Something special The Tribe has offered me in addition to everything that was already said is this: I know 100 percent that if I call for help, people in this group would come,” said Missy Hill Bankhead. “That’s very comforting. I haven’t felt I had that in a very long time.”