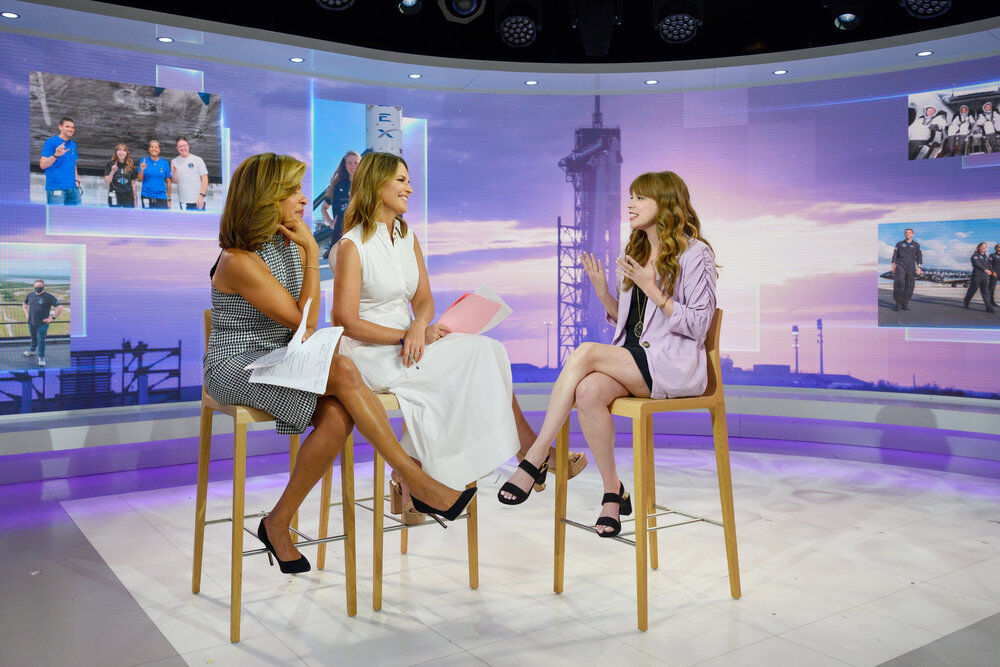 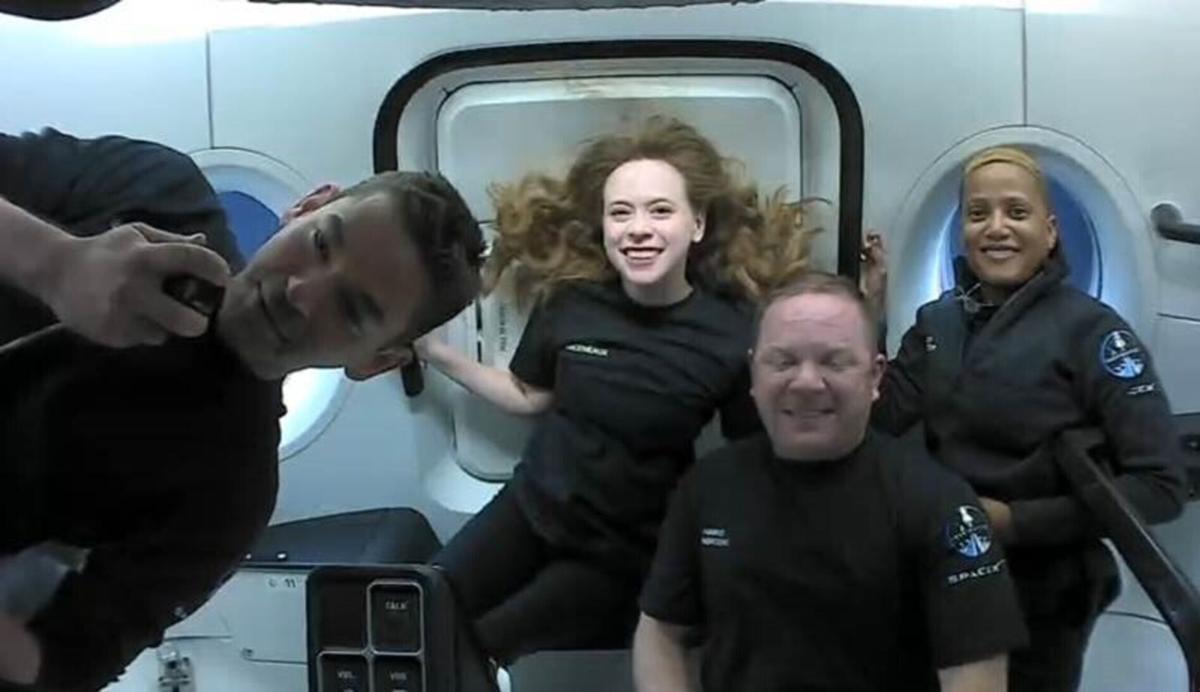 This photo provided by SpaceX shows the passengers of Inspiration4 in the Dragon capsule on their first day in space. They are, from left, Jared Isaacman, Hayley Arceneaux, Chris Sembroski and Sian Proctor.

This photo provided by SpaceX shows the passengers of Inspiration4 in the Dragon capsule on their first day in space. They are, from left, Jared Isaacman, Hayley Arceneaux, Chris Sembroski and Sian Proctor.

Arceneaux, the Baton Rouge native and former St. Francisville resident who was part of history's first all-civilian space flight, was interviewed Tuesday morning on NBC's "Today" show along with her mother, Colleen. The feeling of being more than 350 miles above the Earth — farther than anyone who hasn't been on a lunar mission — has not worn off.

"From the moment I saw the Earth from space, I knew I was changed forever to gain that perspective," Arceneaux said. "It just filled me with gratitude that I know is going to last me for the rest of my life."

Our Views: The smart evacuee who went into the stratosphere

That view came from a cupola that is the biggest window ever used on a spacecraft and allowed for 360-degree observation.

"We could put our whole bodies in it and see the entire circle of the Earth with space around it and stars and the moon," Arceneaux said. "I was filled with such awe. The planet was beautiful, and it reminded me that we are all one and the Earth is so big but so small at the same time."

Arceneaux joined businessman-philanthropist Jared Isaacman, geoscientist Sian Proctor and aerospace industry worker Chris Sembroski on the mission aboard a SpaceX rocket and capsule that launched Sept. 15 from Cape Canaveral, Florida. The mission, paid for by Isaacman, had the goal of raising $200 million for St. Jude Children's Research Hospital, and it has already topped that goal by $25 million.

Arceneaux, who received lifesaving care at St. Jude when she was 10 and now works there as a physician assistant, participated in a call with several current St. Jude patients while in space, a conversation she called "one of the highlights of my entire life."

"They asked the sweetest questions, like 'Are there cows on the moon?'" Arceneaux said. "They had us cracking up. We got to show them around our capsule, show them our view of the Earth. We also got to tell them plainly if I can do this, you can do this. I told them how proud I was of all of them."

Pride was a feeling Colleen Arceneaux was able to share with her daughter. After the shock of learning about the space mission plans early this year, she experienced understandable nervousness during the mission until it safely splashed down off the Florida coast on Sept. 18.

"I've been in such awe of her since she was even a small child," Colleen Arceneaux said. "She's always done things that were special for other people, and I think we've all gotten really close through a lot of things that have gone on in our lives. Since she's sharing this with us — her brother, sister-in-law and myself — we've been on this wild ride with her, and of course, it's brought us closer."

It also has made Arceneaux a celebrity at St. Jude, which had a parade in her honor when she returned on Sept. 23. Someone in the crowd held a sign that read "I want to be an astronaut."

"I tell the kids whatever they want to do they can do," Arceneaux said. "But I love that several of the patients want to be PA's and astronauts. So, I'm a bit of a trend-setter."

She hopes that doesn't only apply to St. Jude patients. Inspiration4 was a notable advance in  space tourism, with SpaceX founder Elon Musk providing the longest and deepest reach into space after  fellow billionaires Richard Branson and Jeff Bezos took briefer flights in their own spacecraft this year.

Arceneaux said she's pleased to be on the cutting edge of this phenomenon.

"I'm grateful for every day that I'm alive, just getting to see something that less than 70 women have seen," she said. "You know, many people haven't gone, and I think our mission is really groundbreaking in that more and more regular people are going to be able to go to space."