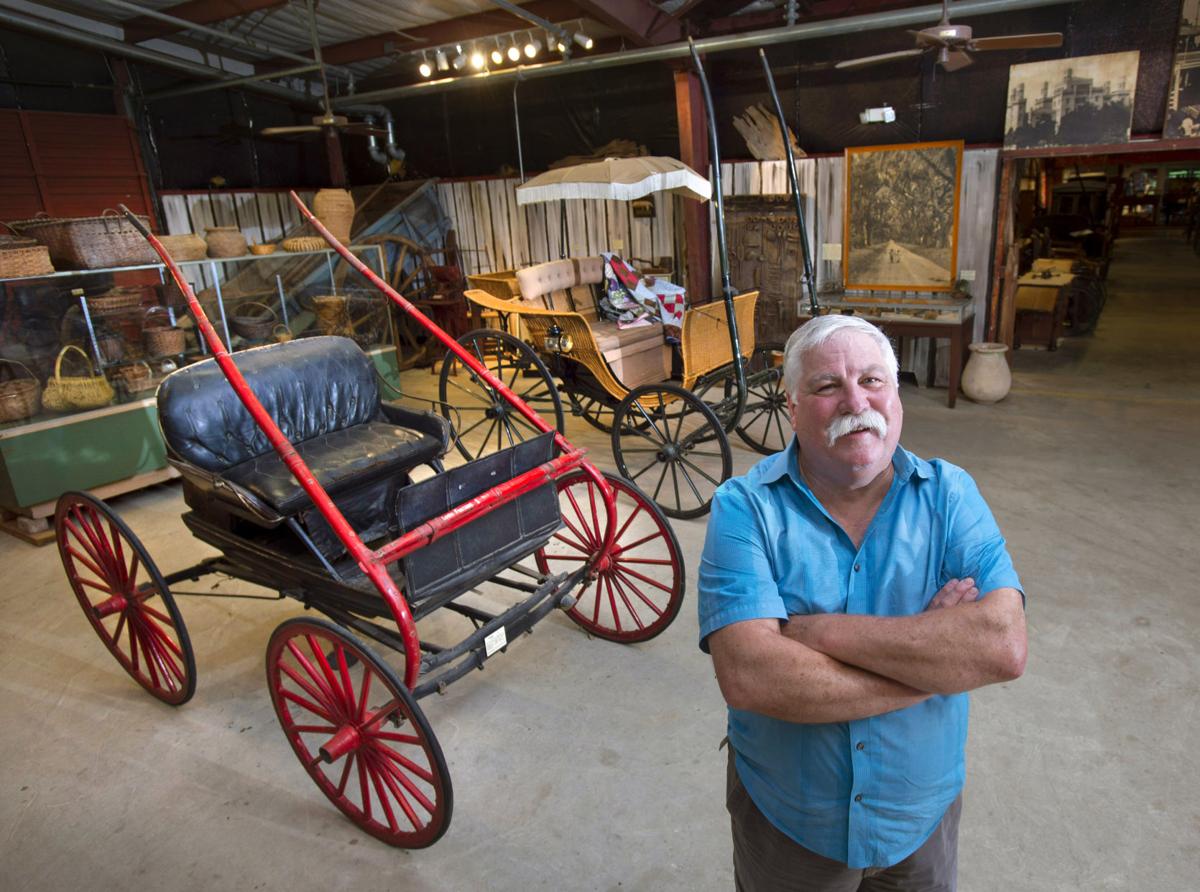 After 26 years as director of the LSU Rural Life Museum, David Floyd has retired. 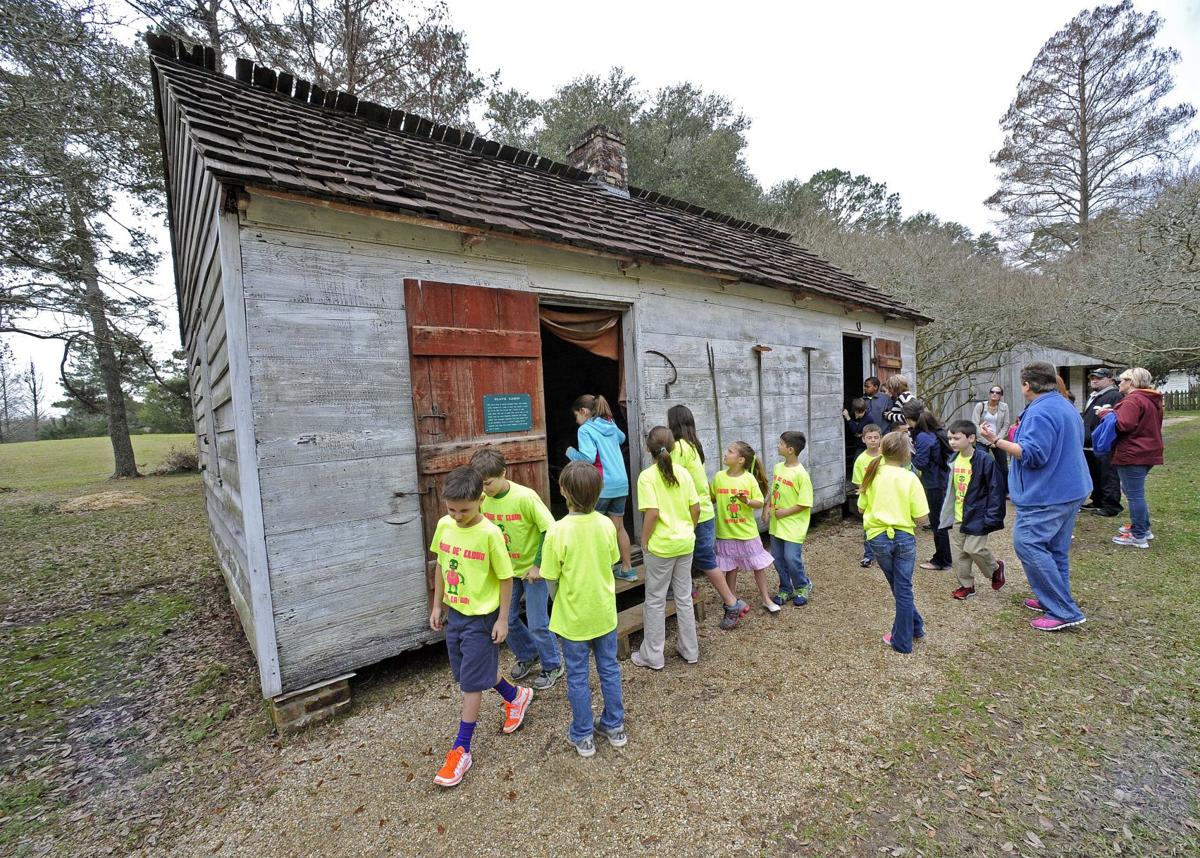 Retiring Director David Floyd says that LSU, through its Rural Life Museum, is believed to be the first public university that preserved and interpreted slavery. Here, youngsters visit a slave cabin on the museum site.

After 26 years as director of the LSU Rural Life Museum, David Floyd has retired.

Retiring Director David Floyd says that LSU, through its Rural Life Museum, is believed to be the first public university that preserved and interpreted slavery. Here, youngsters visit a slave cabin on the museum site.

For over a quarter-century, David Floyd has run a museum that, while looking back, was ahead of the curve.

The LSU Rural Life Museum, which Floyd began directing in 1994, has never shied away from slavery and how it was a dominant feature of 18th and 19th century Louisiana life.

Floyd, who retired on June 26, credits his mentor and the museum’s founder with the foresight to show a more complete picture of the state's rural history.

“Steele Burden had this vision in 1970. He moved the buildings at a time in which, like now, racially it wasn’t the time to move buildings. And nobody wanted to preserve the elements of slavery, much less even talk about them,” Floyd said. “And here’s this man dragging buildings to LSU property … with LSU’s blessing.

“I always say — and I haven’t been challenged on it yet, and I’ve been saying it for 20 years — that I believe LSU is the first public university that actually preserved and interpreted slavery and tried to grasp what it was all about in a public arena. Are we getting it right? No. Are we striving to get it right? Yes, because every year more information comes forth, and we get a better understanding of what this institution was all about. Was it a sin? Absolutely.”

Burden, whose family donated over 400 acres in the heart of East Baton Rouge Parish to LSU, wanted the museum to show plantation life from a different perspective than the mansions where the aristocracy dwelt. Since its inception in 1970, the Rural Life Museum highlighted how the work was done, including that of the slaves, showing how plantations turned agriculture into an industry.

Slave cabins and other buildings from the Welham Plantation were among the first vintage structures Burden brought there. Assisted by contractor W.J. Brown, period buildings that were donated by their owners were brought in or Brown had them built using the styles and construction methods of the time. They included a commissary, overseer's house, kitchen, sick house, school house, blacksmith's shop, sugar house and grist mill.

After getting his anthropology degree, Floyd worked at several area historical properties: Kent House in Alexandria, Oakley House near St. Francisville, Vermilionville in Lafayette and as chief of interpretive services for Louisiana State Parks.

Burden asked Floyd to become director at Rural Life with an eye on making changes. The museum was only open on weekdays until 4 p.m. Burden thought it should be a seven-day operation.

“It was a museum interpreting the working class sector of Louisiana, and yet, if you worked, you couldn’t go there,” Floyd said.

Hours of operation weren’t the only things that expanded under Floyd. The museum continued to acquire circa-1800s buildings from around Louisiana and added a large, sleek visitors center with exhibits that explain how plantations operated, including the use of slave labor. The visitors center replaced the un-air-conditioned barn that had been the museum’s previous starting point and helped the museum attract tour buses, Floyd said.

Electronic audio devices began providing information for those touring the museum if no docents were available or if visitors wanted to take it at their own pace. All of this, along with a gift shop, has helped Rural Life become nearly self-funding, Floyd said. Seasonal weekend events has made it more appealing to children.

“If you go someplace with your parents and you have fun, it becomes a tradition, and when you become an adult, you have fond memories of that place,” Floyd said. “You may not like museums, but you like that museum that you went to as a child.”

But none of the changes, Floyd said, altered the museum’s basic character.

“The most significant thing … is that we didn’t mess it up,” he said. “It was a perfect little museum, and it had atmosphere. … I think we tried to enhance it, but most importantly, we didn’t destroy the atmosphere and the quaintness and the whole idea of the Rural Life Museum that Steele Burden had.”

Floyd, who lives in the Weyanoke in West Feliciana Parish, has been named tourism director for St. Francisville.

His replacement at Rural Life, Bill Stark, has been on staff for two years and will do a great job, Floyd said. Are there any words of Steele Burden wisdom he’d pass on to his successor?

“Love it as the family loved it and respect it as LSU respects it,” Floyd said.

In addition to its online offerings, the Louisiana Art & Science Museum is again holding programs at the 100 S. River Road facility.