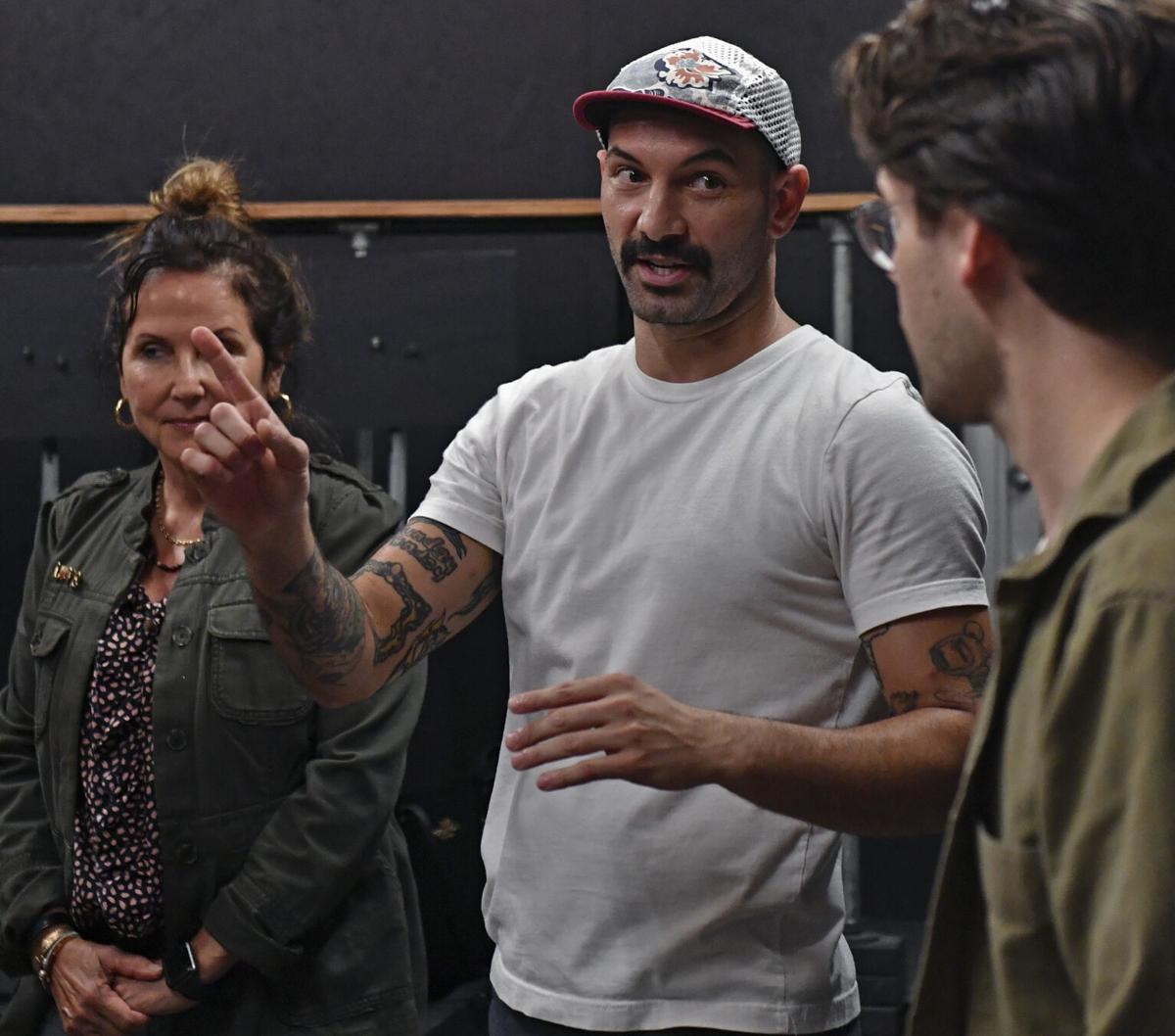 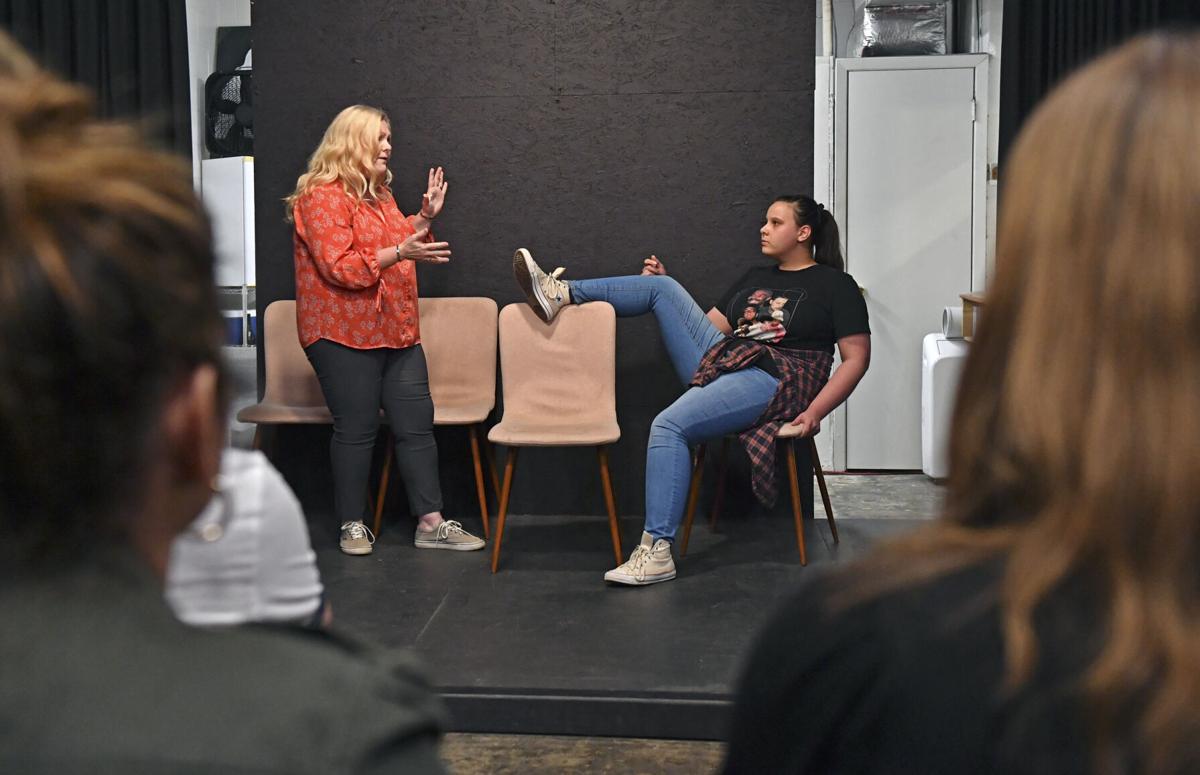 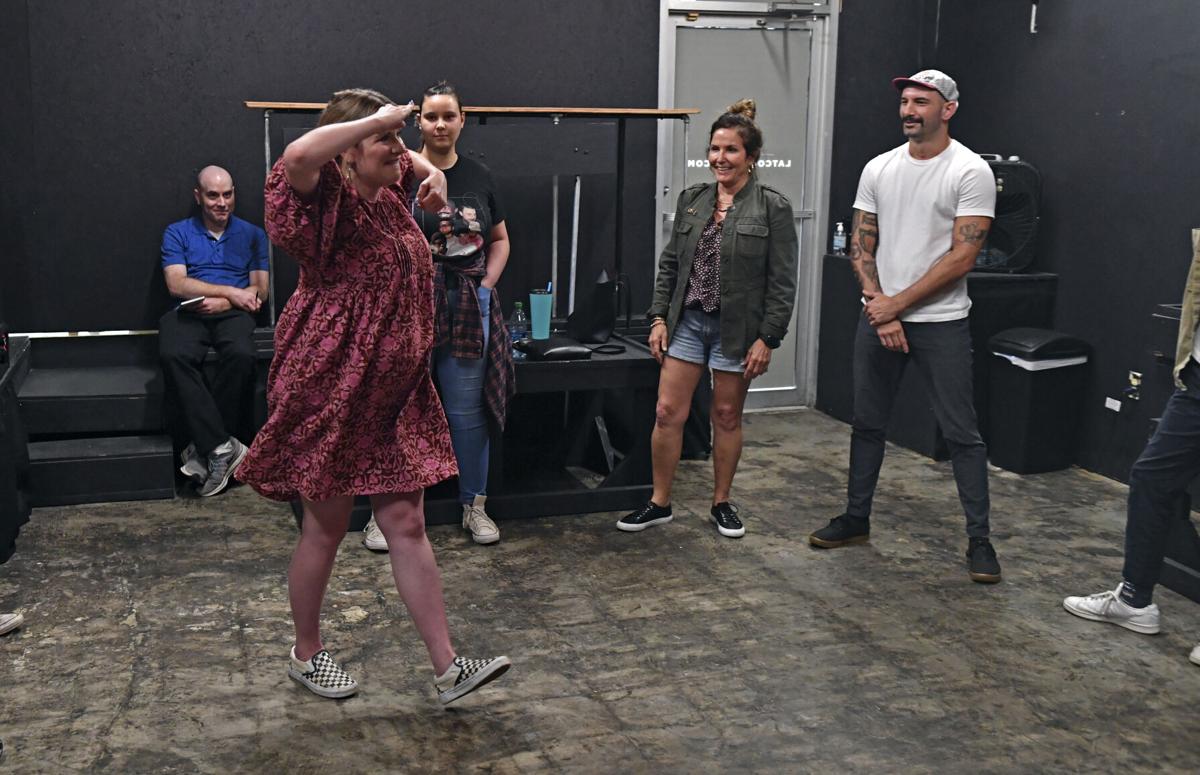 Betty Mujica-Milano, second from left, runs through an exercise during an improv class led by Michael Moss, right, at the Leather Apron Theatre Co. Shows and classes held since the venue reopened in April have sold out. 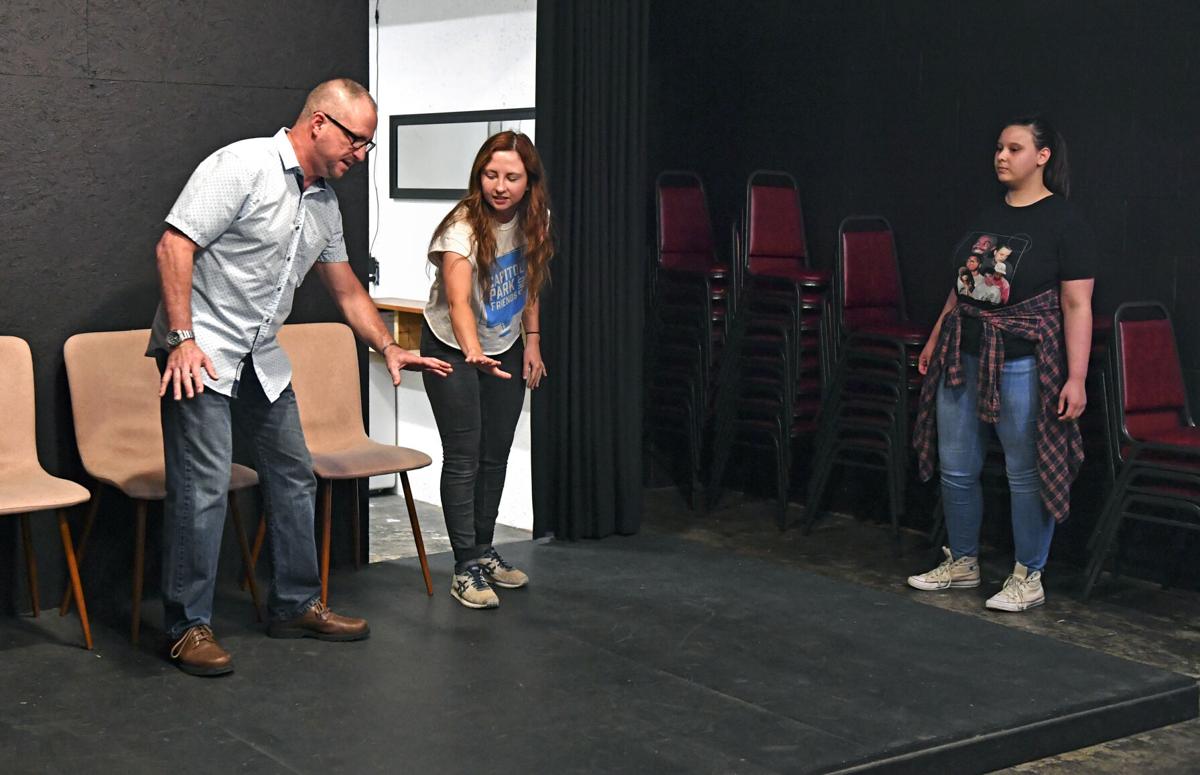 participate in an exercise during an improv class, Tuesday, June 29, 2021, at the Leather Apron Theatre Company in Baton Rouge, La. 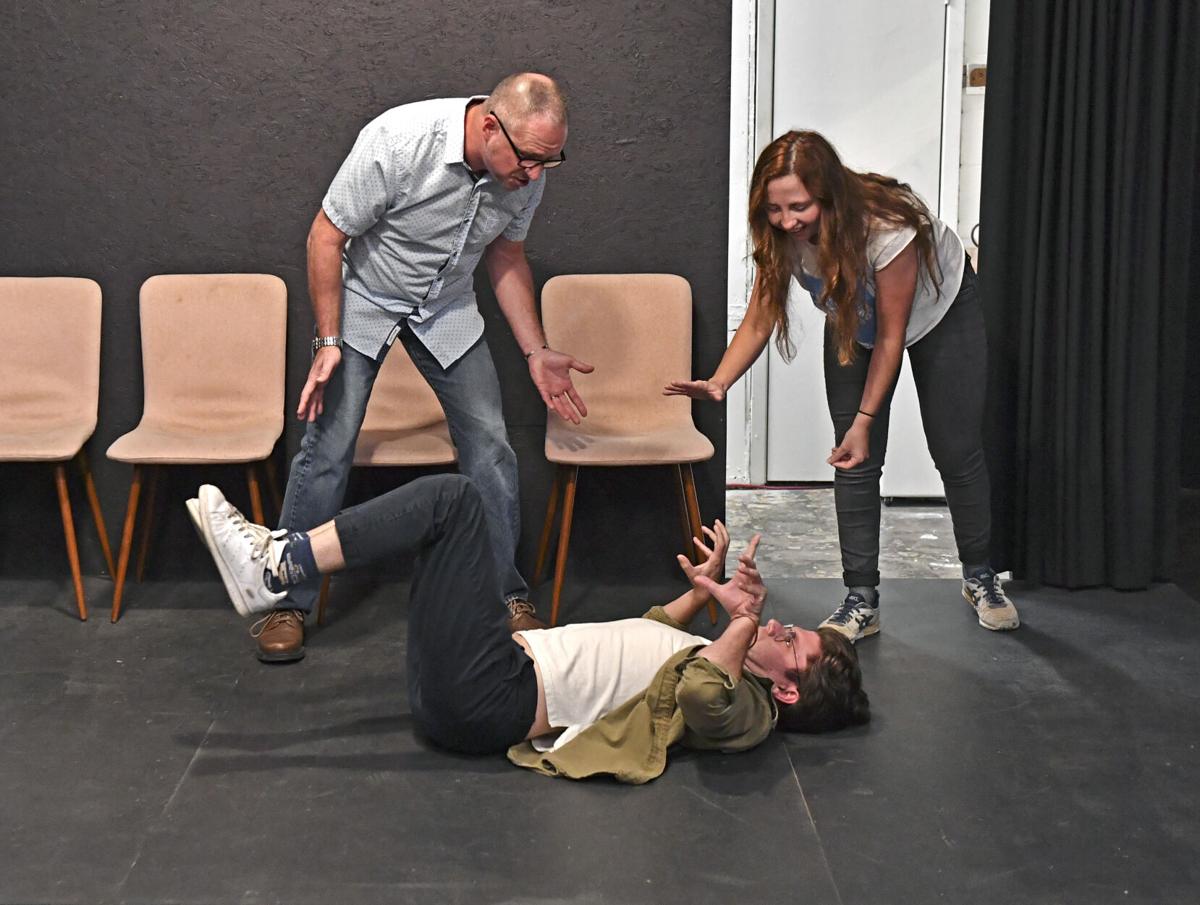 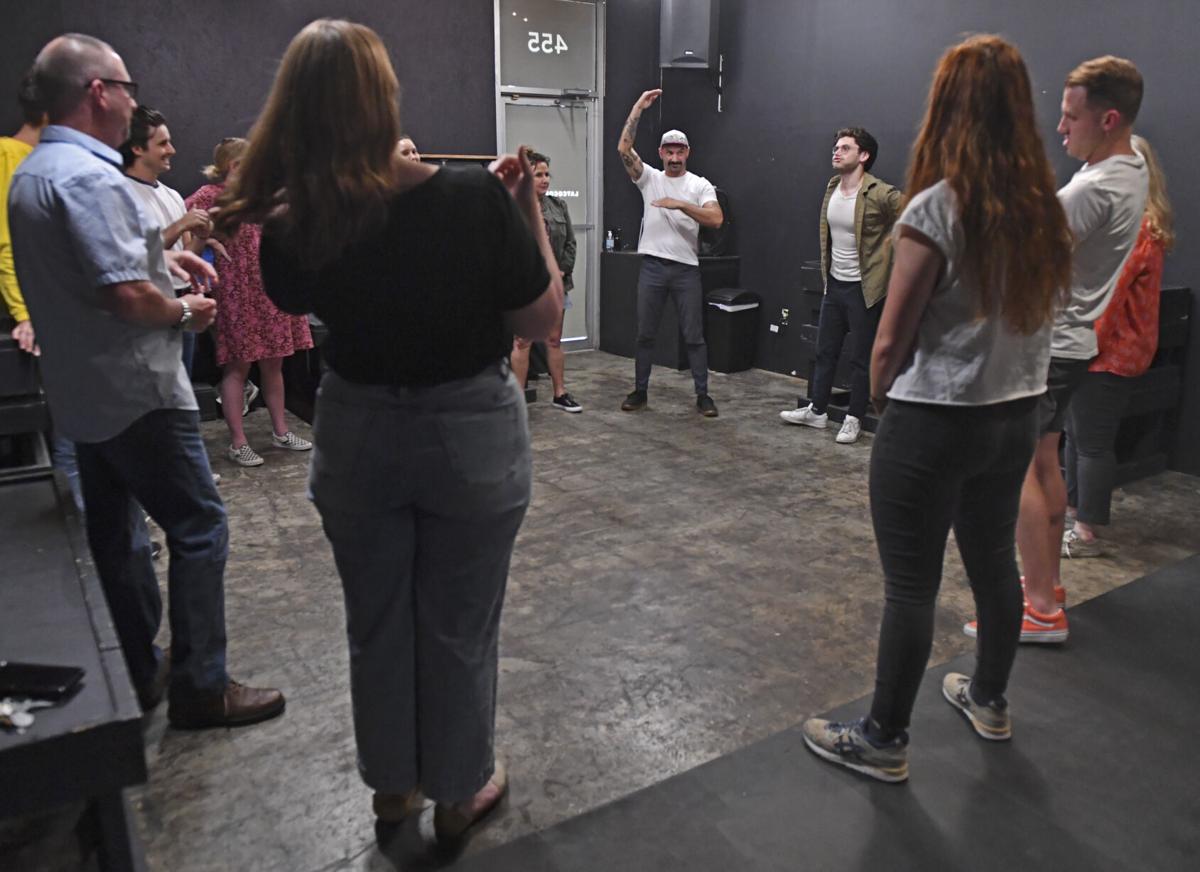 Instructor Michael Moss, center in white shirt, leads an exercise during an improv class at the Leather Apron Theatre Co. 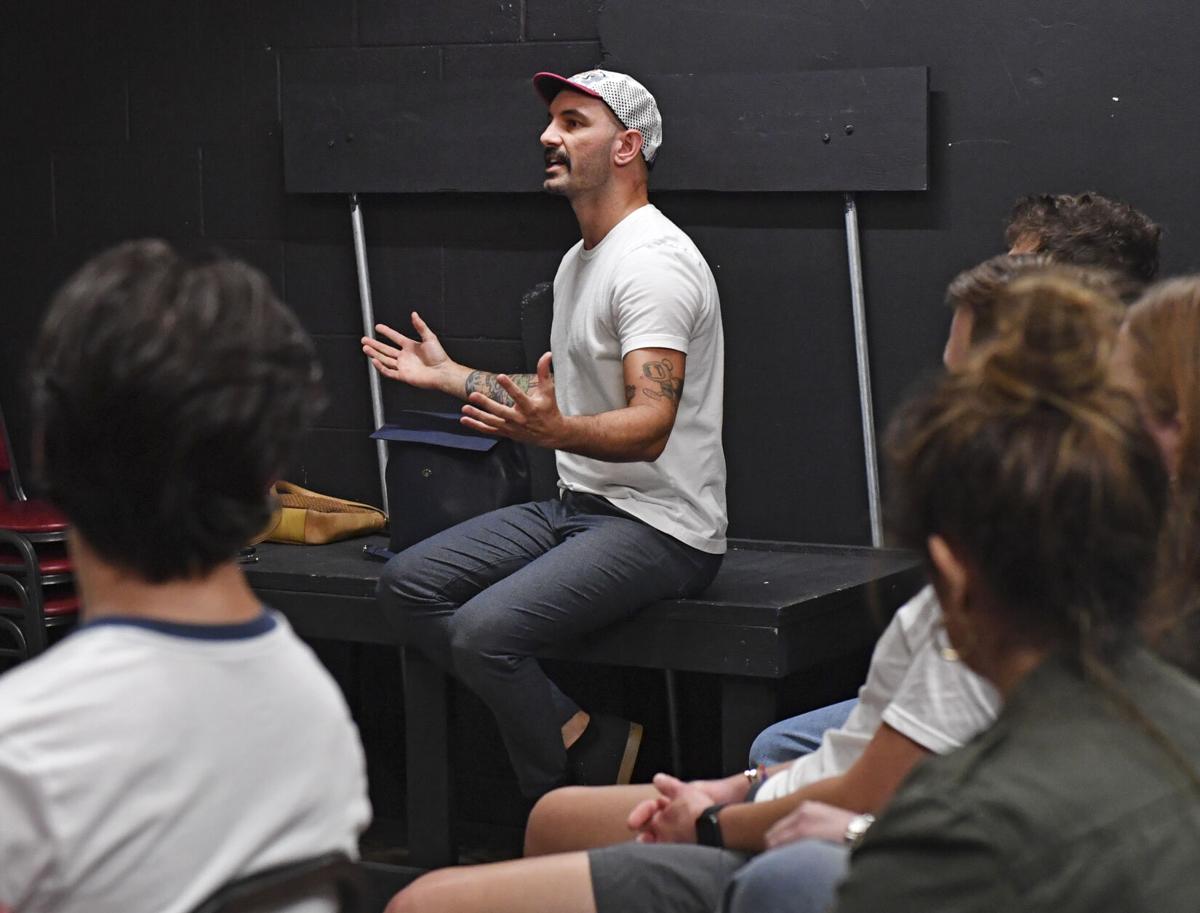 Betty Mujica-Milano, second from left, runs through an exercise during an improv class led by Michael Moss, right, at the Leather Apron Theatre Co. Shows and classes held since the venue reopened in April have sold out.

participate in an exercise during an improv class, Tuesday, June 29, 2021, at the Leather Apron Theatre Company in Baton Rouge, La.

Instructor Michael Moss, center in white shirt, leads an exercise during an improv class at the Leather Apron Theatre Co.

Betty Mujica-Milano and T.C. Matherne learned to perform improvised comedy outside Louisiana, and now they're sharing that craft with their hometown.

The Baton Rouge natives operate The Leather Apron Theatre Co. For the past five years, they’ve been an important part of the city’s small but growing improv community.

Improv performers create sketches on the spot without a script. Mujica-Milano, a nonprofit fundraiser, first tried it while attending high school in Natchitoches. She had fun but gave it up when she went to LSU because, as far as she knows, Baton Rouge at the time didn’t have any improv groups.

While living in Houston after college, she went through “a really bad breakup” and signed up for an improv class to help her get out of her funk, reigniting her love of the form.

When she returned to Baton Rouge in 2016, she met Matherne, an actor who had been involved in Chicago’s thriving improv scene before moving back to Louisiana for family reasons. Matherne and some friends had been doing improv workshops at Whole Foods but weren’t holding formal classes or performances.

“If it weren’t for her moving back and joining the group, we would still be in the Whole Foods community room,” Matherne said, prompting a laugh from Mujica-Milano. “Betty really lit a fire under us.”

For the last few years, Matherne and Mujica-Milano hosted classes and shows at several venues, building buzz largely through word-of-mouth. They selected LATCo.’s current Mid City home, 455 Hearthstone Ave., at the end of 2019.

While there are no scripts to learn, improv performers work to hone their skills. On a recent evening at LATCo., teacher Michael Moss led a class through an exercise that started with one person saying a random word, prompting the next student to say the first word that came to their mind. Then, the hard part — when they went back around the room repeating the same words in the reverse order, testing their memories and listening skills.

“Yes, and …” is basically the improv performer’s credo. Throughout the two hours of games and sketches focused on performing group scenes, Moss frequently emphasized paying close attention to the other performers, trusting their prompts and building on what they give you.

The two-hour class closed with the students performing 25 loosely connected scenes in just under 25 minutes. With only a few chairs for props, the space was transformed into a football field, a psychologist’s office and a spelling bee.

“Know that you can build the world (of a sketch),” Moss told the students. “Don’t be afraid to get weird with it.”

“You’re constantly putting yourself in other people’s shoes, other character’s shoes,” Matherne said. “You learn to react to the world in a much different way.”

While Mujica-Milano would love it if LATCo.’s “weirdo factory” launched a “comedic superstar,” students chatting before the recent class didn’t say they were hoping to audition for "Saturday Night Live" or otherwise pursue a comedy career. Instead, they talked about meeting interesting people from different walks of life, learning to think on their feet and just having fun.

“You’re really relying on who you’re on stage with,” said Angi Noote, one of LATCo.’s students. “Which is an adventure.”

“Jump and the net will appear,” her husband Travis Noote added.

Though improv comedy is the focus, LATCo. also provides a home for experimental theater and recently hosted its first one-person show.

“It’s a safe space to try to do that weird thing you’ve always thought about doing but you never really had an audience for it or a place to do it,” Matherne said.

The improv community has grown over the past five years, Mujica-Milano said, though the COVID-19 pandemic slowed that growth. However, LATCo. was able to hold classes and performances online, and shows and classes held since they reopened the space in April have sold out, she said.

Matherne said it’s important to them to be welcoming rather than “clique-y” like comedy scenes in some other cities, which helps build the community here.

On Saturday, LATCo. will host The Family Dinner, another local improv troupe that usually performs at the Manship Theatre downtown.

Casey Haeg and Jon Butts, of Two Friends Improv Theater in New Orleans, are scheduled to perform at LATCo. on Saturday, July 31, while Chicago-based actress and comedian Alex Bellisle will do the same on Saturday, Aug. 7, Matherne said.

More information is available at latcocomedy.com.

'The First': Baton Rouge actor takes off in new space series on Hulu