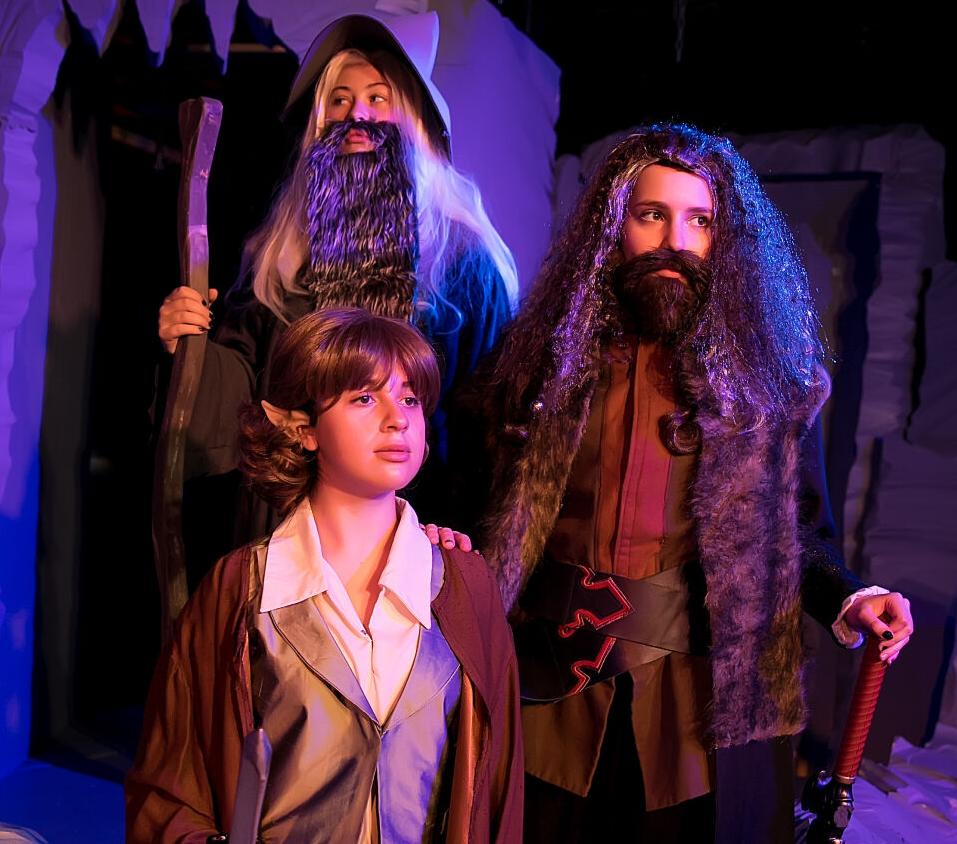 Starring in 'The Hobbit,' a production of Theatre Baton Rouge's Young Actors Program are, front from left, Eliana Vargas as Bilbo Baggins and Molly Bush as Thorin Oakenshield, and, back, Joey Pena as Gandalf. 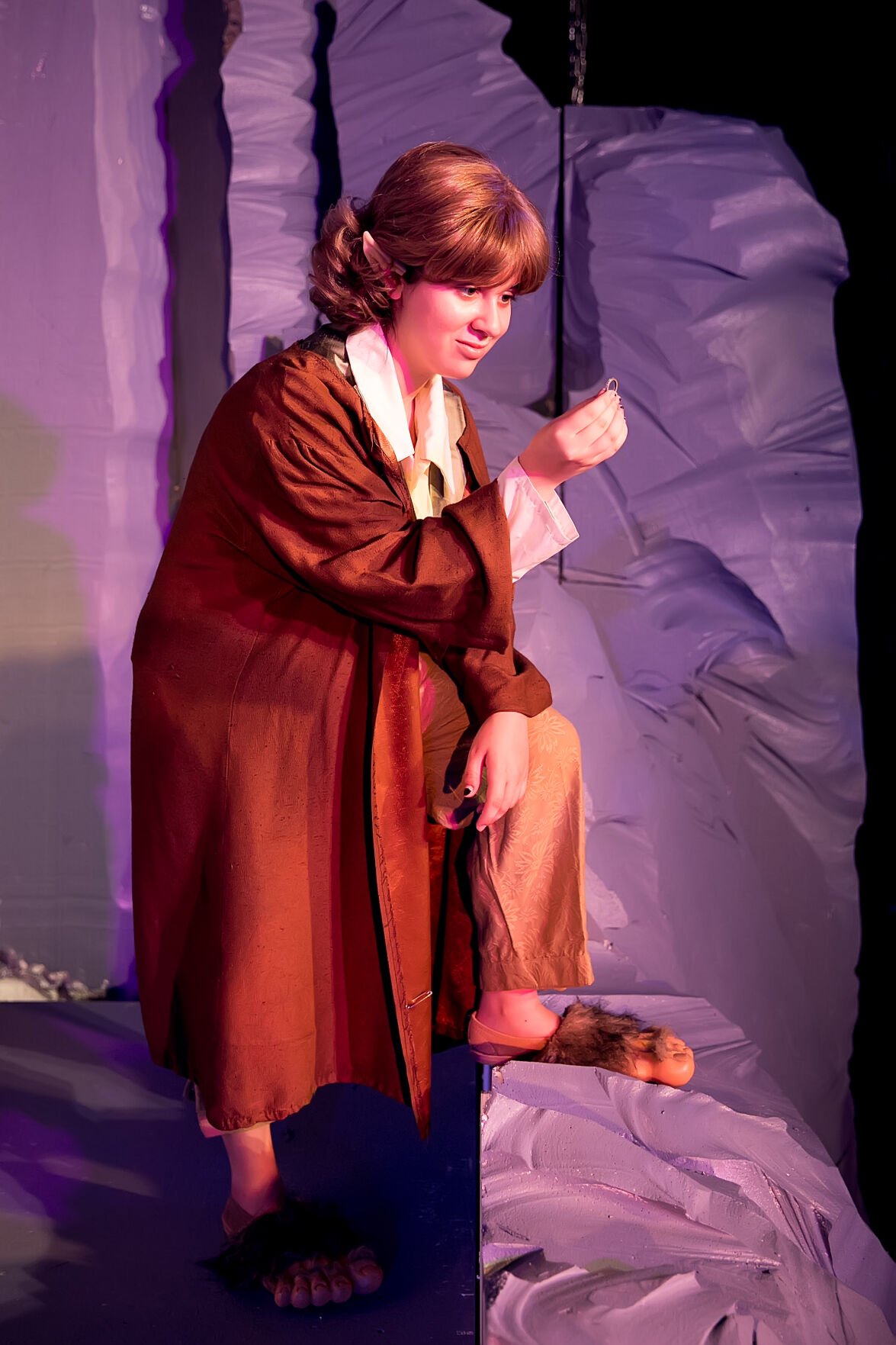 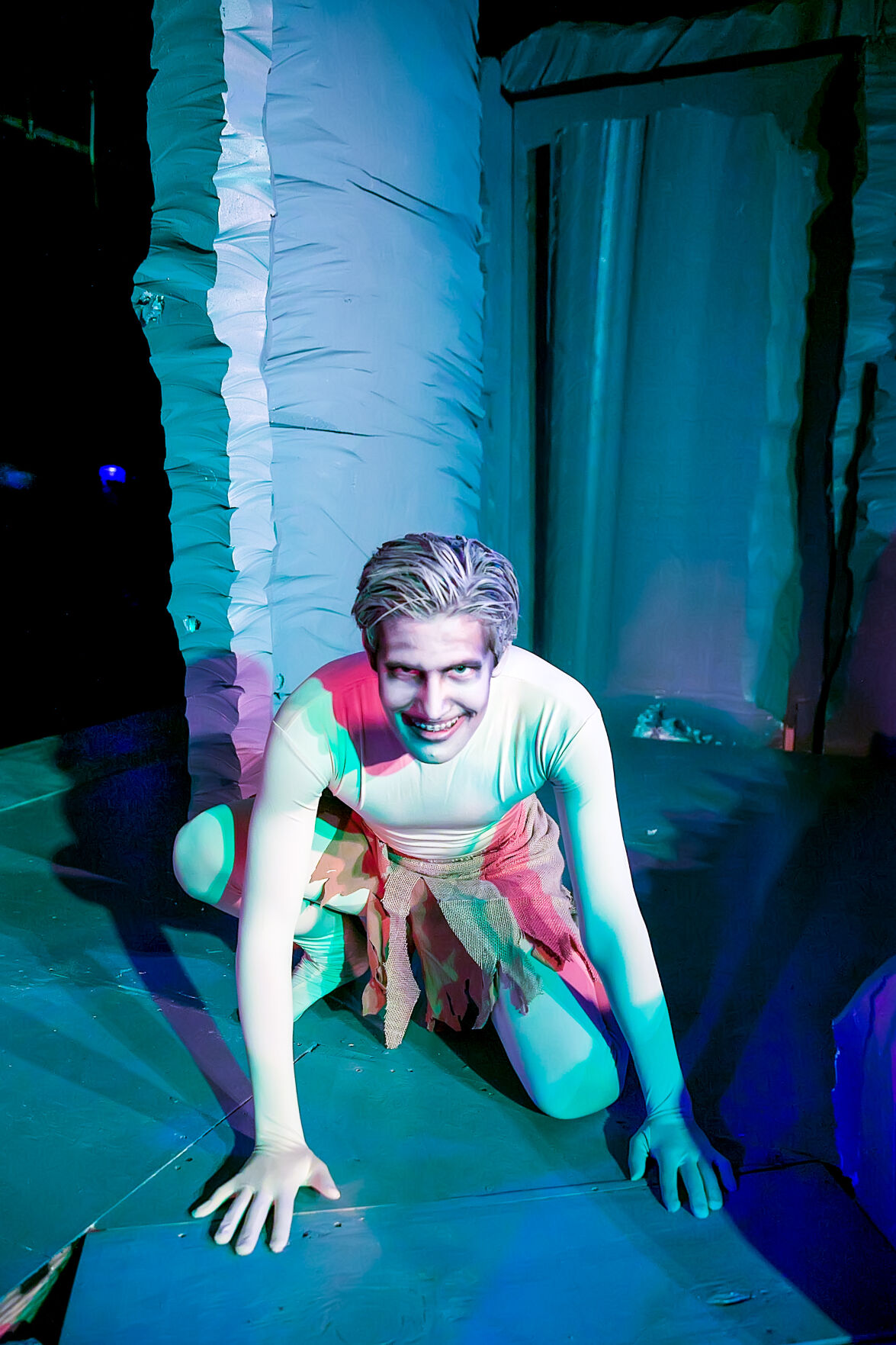 Starring in 'The Hobbit,' a production of Theatre Baton Rouge's Young Actors Program are, front from left, Eliana Vargas as Bilbo Baggins and Molly Bush as Thorin Oakenshield, and, back, Joey Pena as Gandalf.

The stage in Theatre Baton Rouge's Studio Theatre may be small, but that isn't stopping the Young Actors Program from tackling "The Hobbit."

J.R.R. Tolkien's epic story, which even includes a dragon, opens on Sept. 24.

But, as director Jason Breaux pointed out, any stage is limited only by the imagination.

"We've put our imagination to work in this production," Breaux said. "We'll be using a lot of lighting and special effects, and the audience will feel like they are in Goblin-town."

Main character Bilbo Baggins, played by Zachary High School junior Eliana Vargas, is a comfortably well-off Hobbit with a love for rousing adventure stories. Real adventures, however, are not his cup of tea.

So when Gandalf the wizard, played by Joey Peno, knocks at Bilbo's door with a contract to recover the treasure of Lonely Mountain from the dragon Smaug, Bilbo isn't interested.

This is the first acting gig for Peno, an eighth grader at West Feliciana Middle School.

"I like him," she said of the wizard's role, "because he doesn't want people to get hurt. He's definitely a pacifist, and he doesn't like fighting people."

But Gandalf knows there will be a fight in this adventure, which is why he brings along Thorin Oakenshield, played by University High School sophomore Molly Bush, along with Thorin's band of dwarves.

Bilbo's love of a good story eventually gets the better of him, and before he knows it, he is off on a perilous quest over a mountain, into Goblin-town and some tunnels, where he stumbles upon a mysterious ring.

The ring is what leads to Tolkien's next story, "The Lord of the Rings," but the story of "The Hobbit" belongs to Bilbo, who, to escape the tunnels, must solve a series of riddles hurled at him by the mysterious Gollum, played by Jackson Dammers.

The Catholic High School senior describes Gollum as a combination of the Joker, Pennywise the Clown and actor Lon Chaney's creepy silent film portrayals of such characters as the Phantom of the Opera.

Masks are required for all audience members, along with proof of vaccination or proof of a negative COVID test taken 48 hours or less before the show.