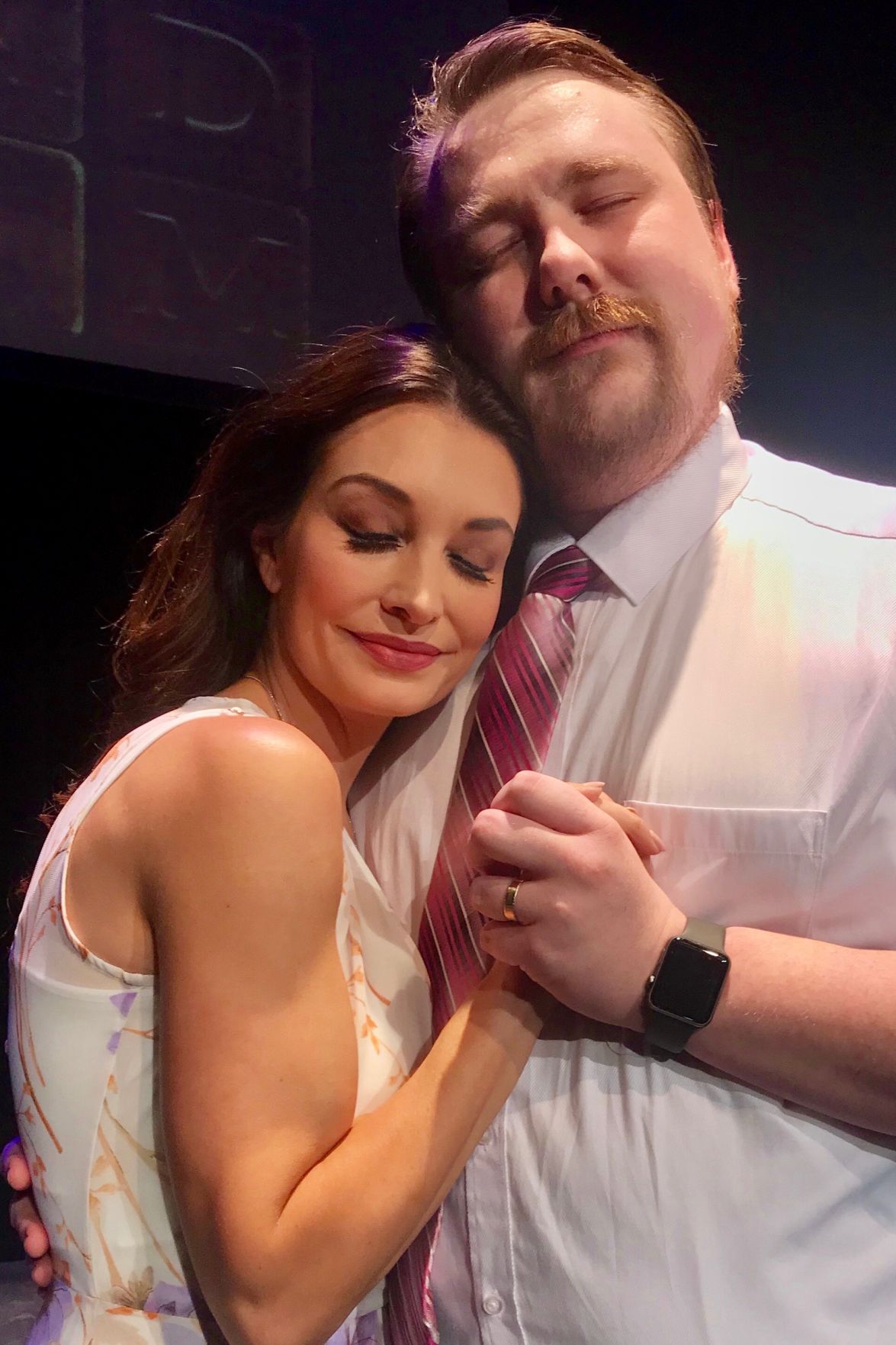 Adrianne Thornton and Geoff Kannenberg will perform in the 'Manship Theatre Presents: Sondheim on Sondheim.' 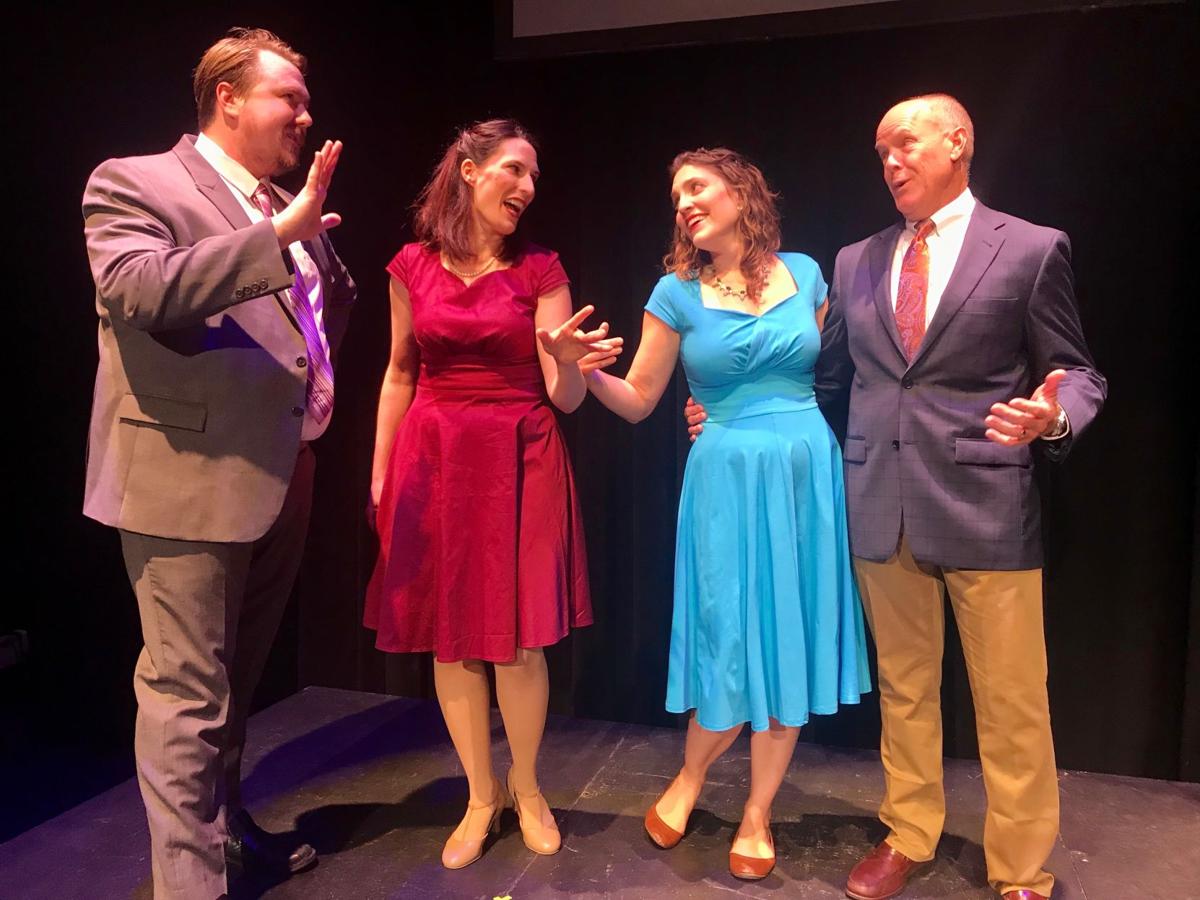 Geoff Kannenberg, Phyllis Horridge, Danielle Laird and Bob Smith, from left, are among the 11 singers who will take the stage in the 'Manship Theatre Presents: Sondheim on Sondheim.'

Adrianne Thornton and Geoff Kannenberg will perform in the 'Manship Theatre Presents: Sondheim on Sondheim.'

Geoff Kannenberg, Phyllis Horridge, Danielle Laird and Bob Smith, from left, are among the 11 singers who will take the stage in the 'Manship Theatre Presents: Sondheim on Sondheim.'

Stephen Sondheim will tell his own story when the "Manship Theatre Presents: Sondheim on Sondheim" on Aug. 2 in the Hartley/Vey Studio Theatre.

The cast of 11 singers in the summer cabaret will morph into characters from Sondheim's musicals while the composer himself will appear in film on the stage's backdrop to talk about his life.

"It's still in the cabaret setting, but it's a full production," said director Paige Gagliano. "We have a small band that will be conducted by David Torns, and Stephen Sondheim tells his story."

The show has 32 of Sondheim's songs, a few of which aren't well known. But all match the candid story Sondheim offers.

"He's honest about his life," Gagliano said. "He talks about how his father left when he was a child, and how he and his mother moved a few doors down from Oscar Hammerstein."

Sondheim's mother was emotionally absent. She also was a celebrity hound and was excited to be living on the same street as the composer of such musicals as "The King and I" and "Oklahoma." But her son was seeking guidance.

Sondheim was befriended by Hammerstein's son, and Hammerstein became a surrogate father to the new kid in the neighborhood.

Sondheim would eventually make his own career writing both music and lyrics for such Broadway hits as "A Funny Thing Happened on the Way to the Forum," "Sweeney Todd," "Company," "Into the Woods" and "Assassins." He also would write lyrics for Leonard Bernstein's "West Side Story" and Jule Styne's "Gypsy."

"He says teaching is the greatest profession," Gagliano said. "And he uses a lyric from Oscar Hammerstein's 'The King and I' to illustrate it: 'By your pupils, you will be taught.'"

The show has been a learning experience for cast member Bob Smith, who is returning to the stage after a 42-year absence.

"I've stayed away because of fear, because of not being comfortable," he said. "But I've learned to get out of my comfort zone, and I credit Paige for that."

The production also has taught Steven Warren that musicals are an option for him.

"This is my first musical," he said. "I've just acted in plays in the past, but then I started taking vocal lessons from Phyllis Horridge, and she encouraged me to audition for this show. I realized I could do it. Phyllis is also in the show."

But the music in "Sondheim on Sondheim" is difficult, even for experienced singers.

"It's a challenge," Warren said. "But our music director, Carter Smith, is doing a great job in helping us."

"I moved to New York to try to find roles in theater," he said. "I took a job stage managing a production there, and I've been stage managing on the road since. I came back to Baton Rouge because it's home and my family is here. Paige put me back on the stage."

A multimedia revue of Sondheim's music and life

WHERE: Manship Theatre in the Shaw Center for the Arts, 100 Lafayette St.