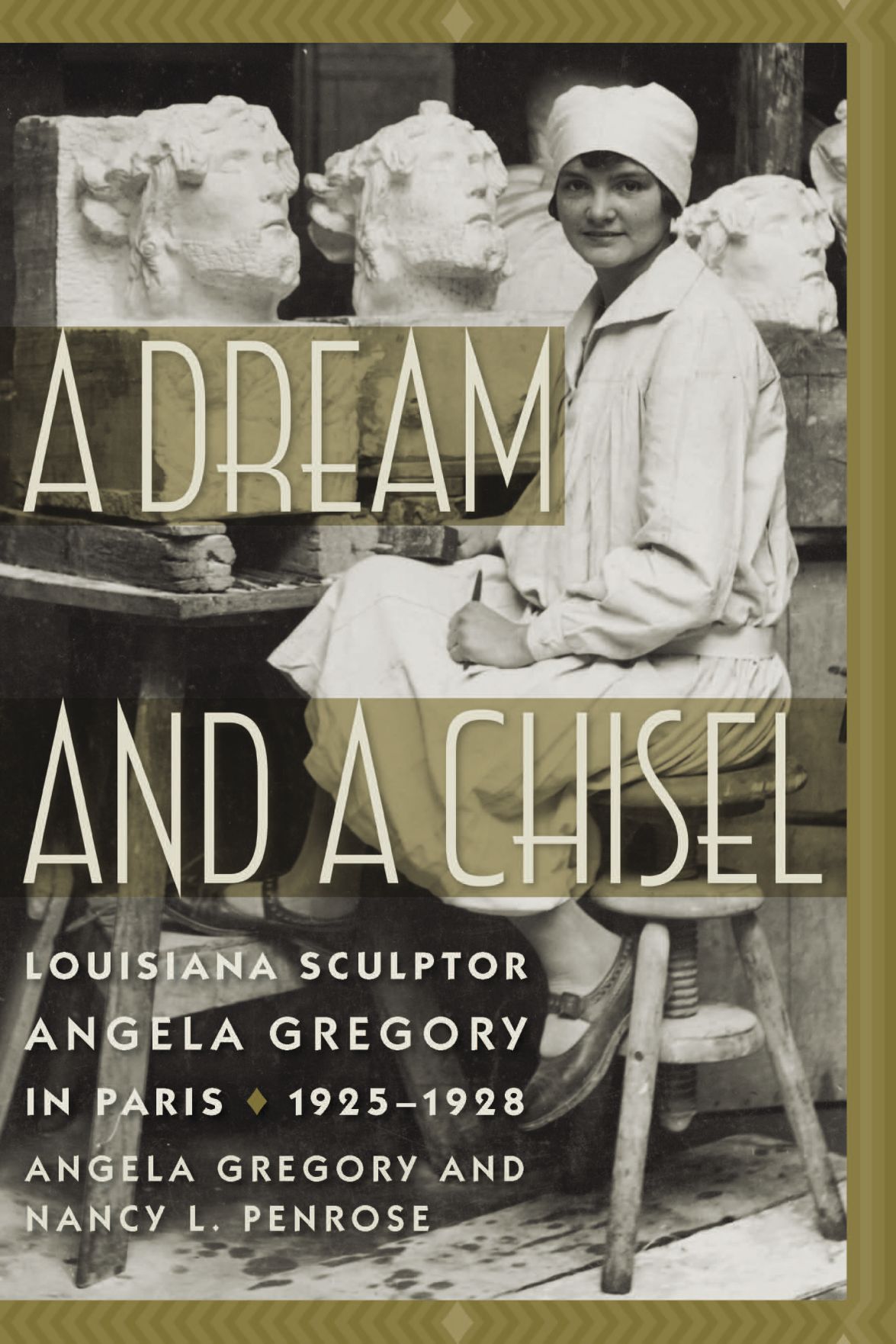 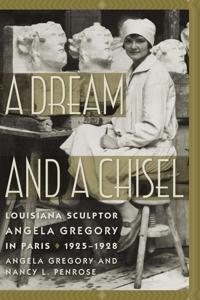 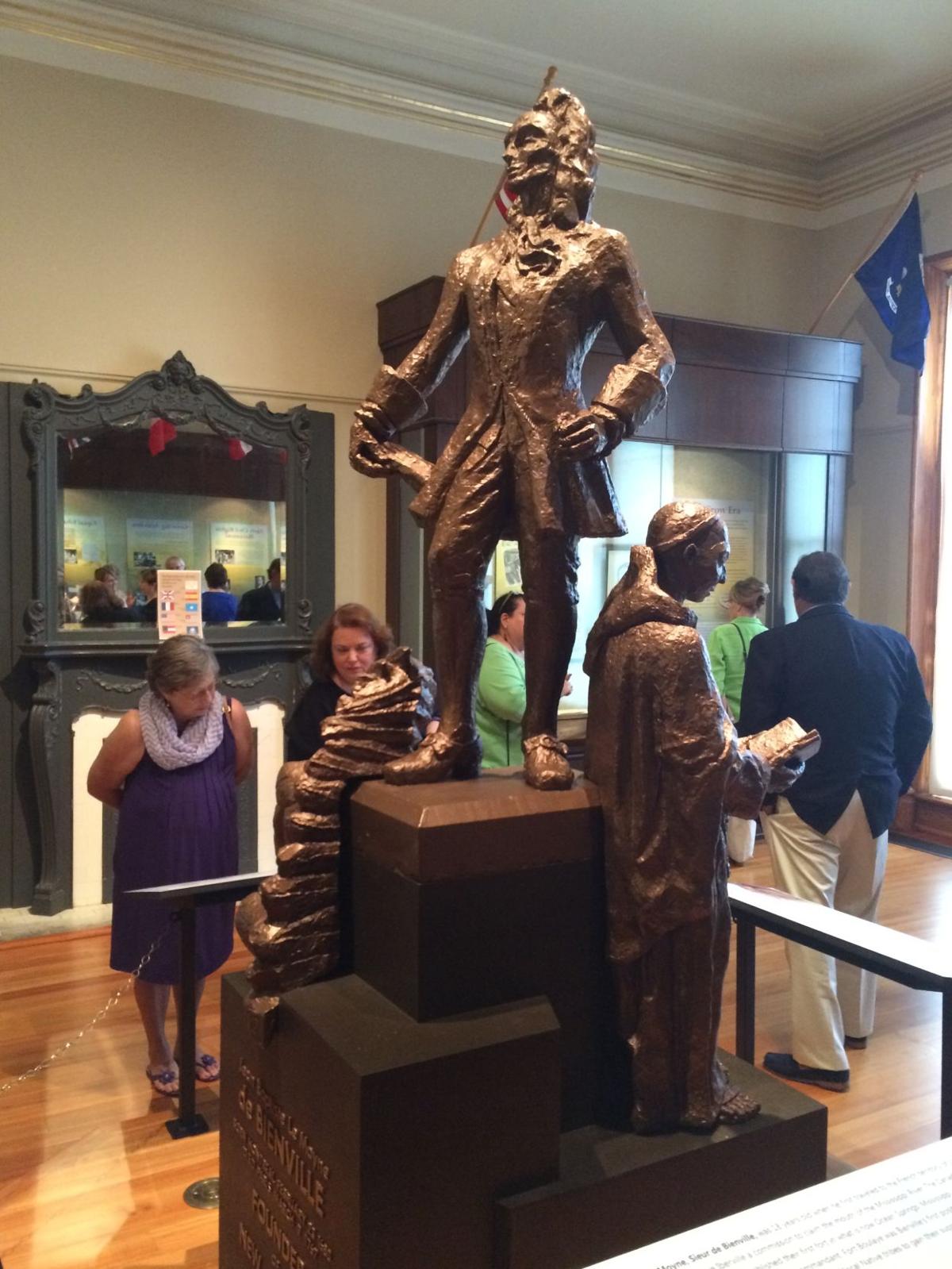 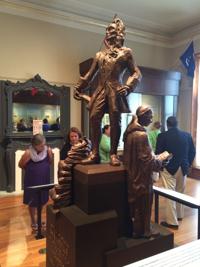 Angela Gregory's plaster model for one of her best known sculptures, the Bienville Monument on Decatur Street at the edge of the French Quarter, is a permanent exhibit at Louisiana's Old State Capitol. 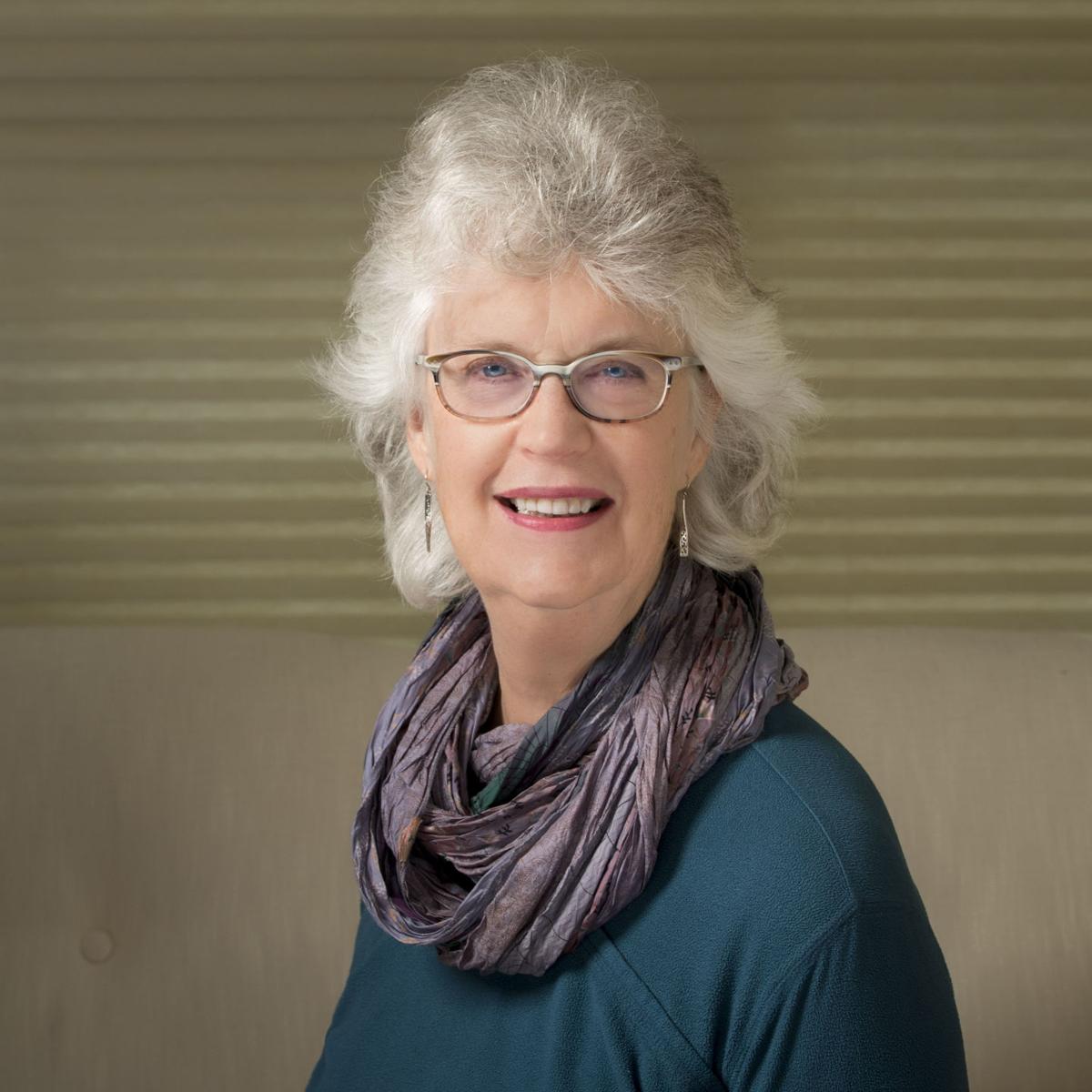 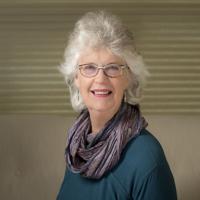 Angela Gregory's plaster model for one of her best known sculptures, the Bienville Monument on Decatur Street at the edge of the French Quarter, is a permanent exhibit at Louisiana's Old State Capitol.

Angela Gregory's sculptures and murals can be found throughout Baton Rouge. You only need to look up to find some of them.

At the State Capitol, Gregory worked on the profiles of eight of the 22 square portraits of important people in Louisiana history on the façade of the House and Senate chambers as well as the brass pelicans on the rounded railing in the center of the capitol's Memorial Hall.

And, while her Bienville Monument is a New Orleans landmark on Decatur Street at the edge of the French Quarter, the model for it occupies its own room in Louisiana's Old State Capitol.

Gregory, who began her career in the late 1920s, was one of very few women of her era to be recognized nationally in the male-dominated field.

Her first commission, at age 25, was for the architectural sculpture on the facade of the Orleans Parish Criminal District Court building, which she got in 1929 after returning from Paris. There she had studied with Antoine Bourdelle, then considered the world's greatest living sculptor.

A new book explores Gregory's time in Paris before she returned to create public sculptures for her home state.

"A Dream and a Chisel: Louisiana Sculptor Angela Gregory in Paris, 1925-1928," was co-authored by Gregory and Nancy L. Penrose. Gregory approved the final draft before her death in 1990, but it took Penrose almost three decades to find a publisher.

Penrose, who lives in Seattle, will make several appearances to talk about her new book, marking the final chapter of a project that began with a 1983 interview with the sculptor. On Feb. 7, she will be at the downtown Watermark Hotel's The Gregory Restaurant, named for the sculptor, whose restored murals depicting Louisiana commerce border the walls.

The book focuses only on Gregory's time in Paris and Bourdelle's studio. Bourdelle had studied and worked with Auguste Rodin, and Gregory wanted to study with the best before setting up her own studio in her hometown of New Orleans.

But the path to Bourdelle's studio wasn't easy.

Gregory, who knew at age 14 she wanted to be a sculptor, attended Newcomb College where she was encouraged to study in Paris. To get there, she accepted a Parsons Scholarship to learn art in advertising, but her mission was to study with Bourdelle.

"She had a letter of introduction, and she tried all the proper ways to meet Bourdelle," Penrose said. "She finally knocked on his door one day. You just didn't do that back then, go to Paris and knock on this famous sculptor's door."

The maid answered and told Gregory her employers were away.

"Angela said the maid must have seen the disappointment in her face, because she wrote the Bourdelles' private number on a piece of paper and gave it to her," Penrose said. "That changed everything."

When Gregory called, Bourdelle's wife asked her why she didn't enroll at the art academy in Paris. Gregory said she wanted to learn to cut stone.

"Then his wife said, ‘You're an American woman who wants to learn to cut stone; my husband will want to meet you,’ ” Penrose said. "She went back to Bourdelle's house, and he set up a schedule for her right away."

Years later, Penrose was working in Tulane University's Office of Development, which sent her to interview the sculptor in her Pine Street Studio in Uptown about a bronze medal she designed for members of the university’s Paul Tulane Society.

That's when Gregory, 80 at the time, told Penrose that she wanted to write a book about her days in Paris.

"I said, ‘I'm a writer, and I can help you with that,’ ” Penrose said. "It's finally happened, and it's just as Angela wanted it."

The author conducted several extensive interviews with the sculptor, and Gregory gave her access to her letters and diary entries from her Paris days.

"I received a lot of nice rejection letters," Penrose said. "One said they would rather have an entire biography instead of just one part of Angela's life. Another one said they thought Angela's story was interesting, but there wasn't a market for it."

Finally, Penrose submitted the manuscript to the University of South Carolina Press, whose book categories include "Women's Letters and Diaries of the South." Editors there spent three years working with Penrose to add end notes and improve the language.

"I don't know if we found them all, but we located all that we could, and we have those locations in the book," Penrose said. "But it was Angela's time in Paris working with Bourdelle that was most important to her in this story. She remembered him as a generous teacher, but he wasn't always kind in his critiques. But that made her the sculptor that she became."

Author Nancy L. Penrose will be signing copies of her book, "A Dream and a Chisel: Louisiana Sculptor Angela Gregory in Paris, 1925-1928"

Books: Events for the week of Feb. 10