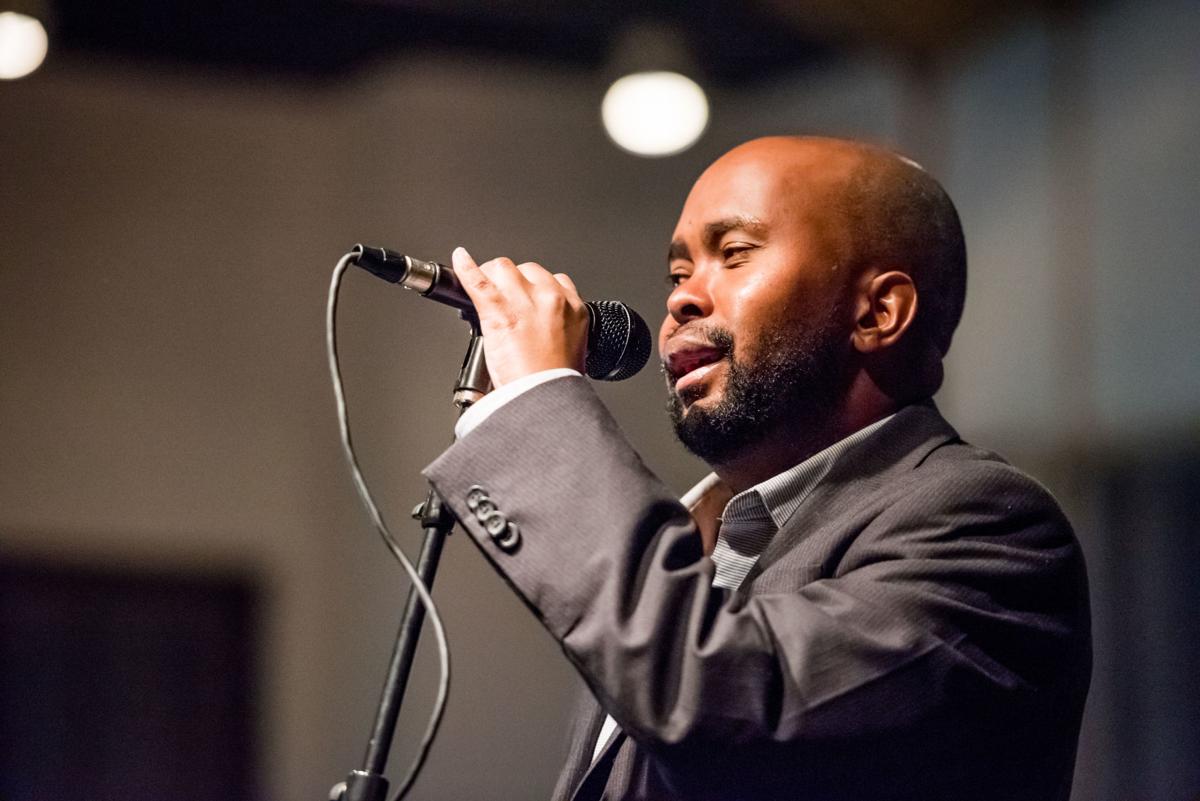 Photo by Christopher Diaz -- Donney Rose is a poet, writer, artist and activist in Baton Rouge. 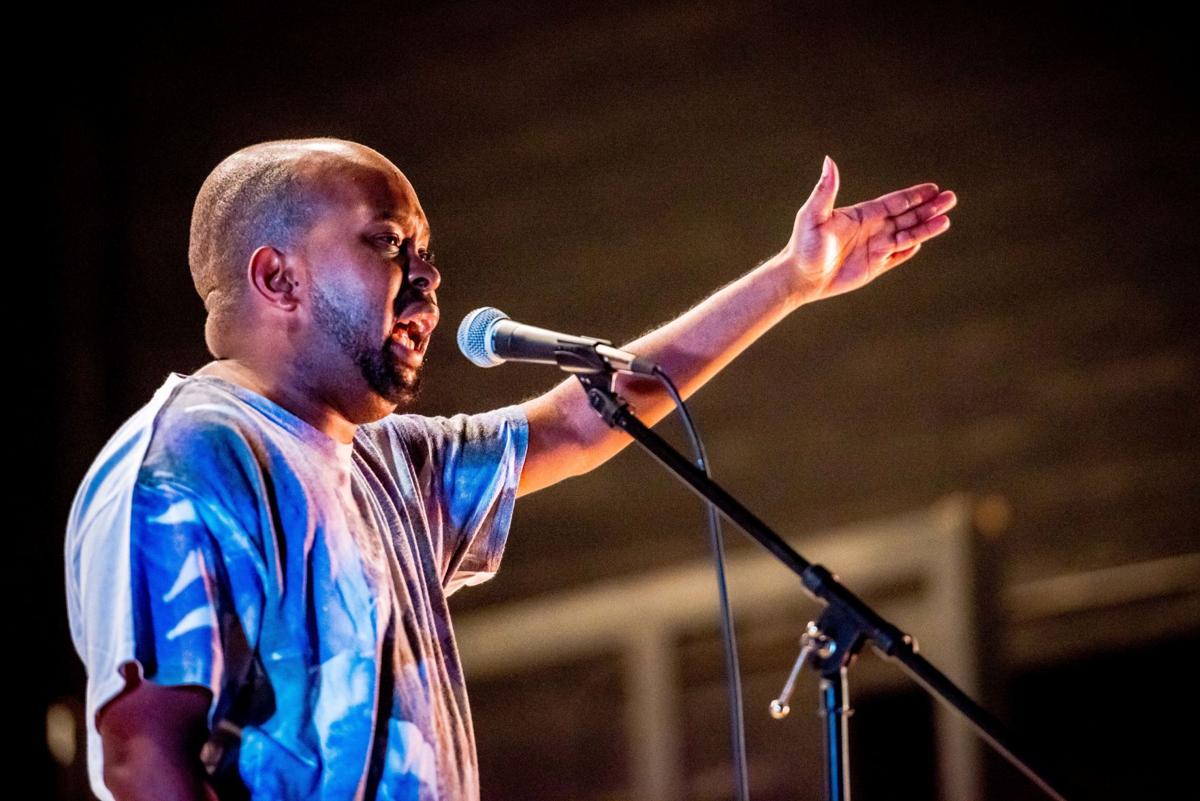 Photo by Christopher Diaz -- Donney Rose is a slam poet in Baton Rouge.

Photo by Christopher Diaz -- Donney Rose is a poet, writer, artist and activist in Baton Rouge.

Photo by Christopher Diaz -- Donney Rose is a slam poet in Baton Rouge.

Donney Rose believes in the power of words.

On Sunday, Rose and thousands of others watched these students exercise their tools of expression at a youth-led rally at the State Capitol in response to the Alton Sterling shooting.

“It was a moment of great pride and great expectation,” said Rose.

To prepare, Rose attended two workshops held by Southern University Law Center last week to educate himself and his students on what to expect during the rally.

“It was a lot of general information about how to conduct ourselves throughout the process,” said Rose. “Logistics and protocol — and basic information like not having a sign attached to a stick so that it’s not considered a weapon.”

He said a great deal of emotional preparation also was required, as the conflict and violence at other recent demonstrations added anxiety to the anticipation of the event.

“You have to go into knowing all the possibilities of what could happen, but also knowing that the greater cause is seeking justice,” said Rose. “You can’t operate from a place of fear.”

Before the rally, Rose said he told the students to use the opportunity to speak their truths and articulate them clearly.

“What a lot of people are not always familiar with is that even in the civil rights era of Martin Luther King Jr. and John Lewis, the people who were at those lunch counters demonstrating were largely teenagers,” said Rose. “Young people have always been at the forefront of civil movements — they have the energy and the passion and the drive.”

The rally drew thousands of Baton Rouge citizens of varied nationalities and ages. The speakers talked about a five-point plan of action they believe will promote peace.

“The young people who took the lead were phenomenal,” said Rose. “They spoke eloquently. They were assertive but respectful.”

“The police who were blocking the streets during the rally were of the finest that Baton Rouge has,” said Rose. “They were extremely polite, upstanding, and very helpful. I think they understood why we were there and didn’t take any personal offense from it.”

As the event dispersed, a march ensued down Government Street. A crowd gathered and eventually, a conflict erupted between police and protesters. The incident was filmed and subsequently widely circulated.

“I think (the youth who led the demonstration) felt empowered — they felt like their voices were validated — but then immediately following, we were met with aggression again,” said Rose. “I don’t want to say it gave them a sense of hopelessness, but rather, reinvigorated the desire and need to move in the direction of civilian rights.”

Rose has been speaking out about the aggression he has witnessed.

“During the events this week, some of our students were pepper-sprayed, some of the young women were aggressively handled,” said Rose. “To me, I think, ‘What is so threatening about a 16-year-old girl that you feel you need to drag her in the street?’ You’re dealing with people who are enraged and grieving. Don’t antagonize — look for ways to de-escalate.”

Rose said he will continue to use communication as a tool to develop understanding.

“It can be hard to think critically in a moment of civil unrest, but we have to allow ourselves time to step back and do the things we do best,” said Rose. “For the arts community, it’s about using creativity to get out the message of justice.”

Forward Arts Inc. regularly holds community dialogues and spoken word or poetry sessions. After Sunday’s rally, they hosted a dialogue for youth to give young people a place to talk about their concerns or confusions at the week’s events. On Tuesday, they held a similar session for community adults.

“We get the community to come together to share art, but also opinions and expressions,” said Rose. “Conversation goes a long way. Conversation impacts our philosophic outlook. The more we talk with people of varying opinions and people who are marginalized, the more we understand the trauma that goes along with instances like this.”

On Wednesday, the Arts Council of Greater Baton Rouge as well as many other arts organizations within the area released statements in response to the Alton Sterling shooting.

Renee Chatelain, president and CEO of the Arts Council of Greater Baton Rouge, said the organization is deeply concerned about recent events in the community and across the country, but is hopeful that the arts can help.

“We know that the arts are an integral part of our being as individuals as well as a society, and especially in challenging times, artists provide open doors for dialogue, expression, advocacy, support and ultimately, change,” Chatelain said in a statement. “Arts are the positive change agent, though the processes can be painful and exposing.”

“We must learn from our past and not keep making the same mistakes,” the River Road African American Museum said. “We must create safe places where people can come together to express themselves.”

The River Road museum (406 Charles St., Donaldsonville) will host a free jazz concert on Sunday from 6 p.m. to 8 p.m.

“We have to allow ourselves time to step back and do the things we do best. For the arts community, it’s about using creativity to get out the message of justice.”

Donney Rose had to say it out loud before the Kennedy Center recognition could sink in.