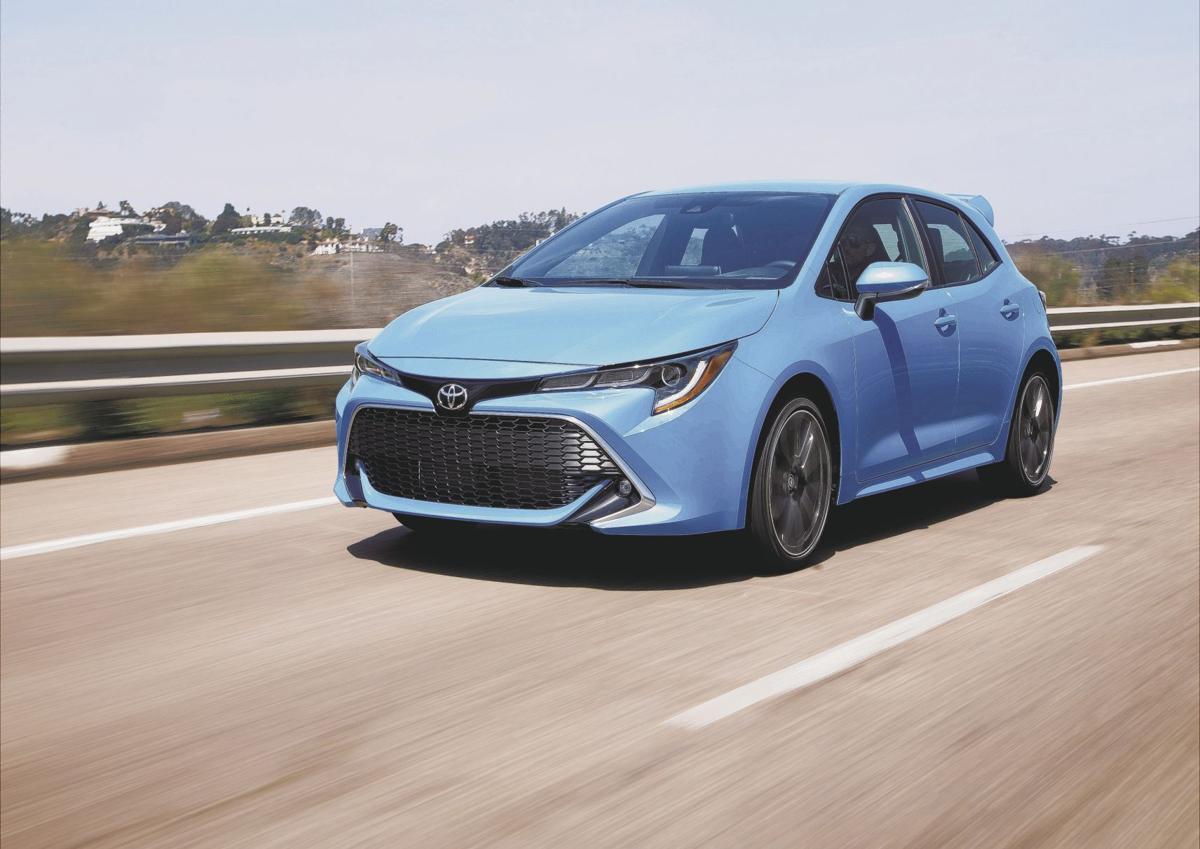 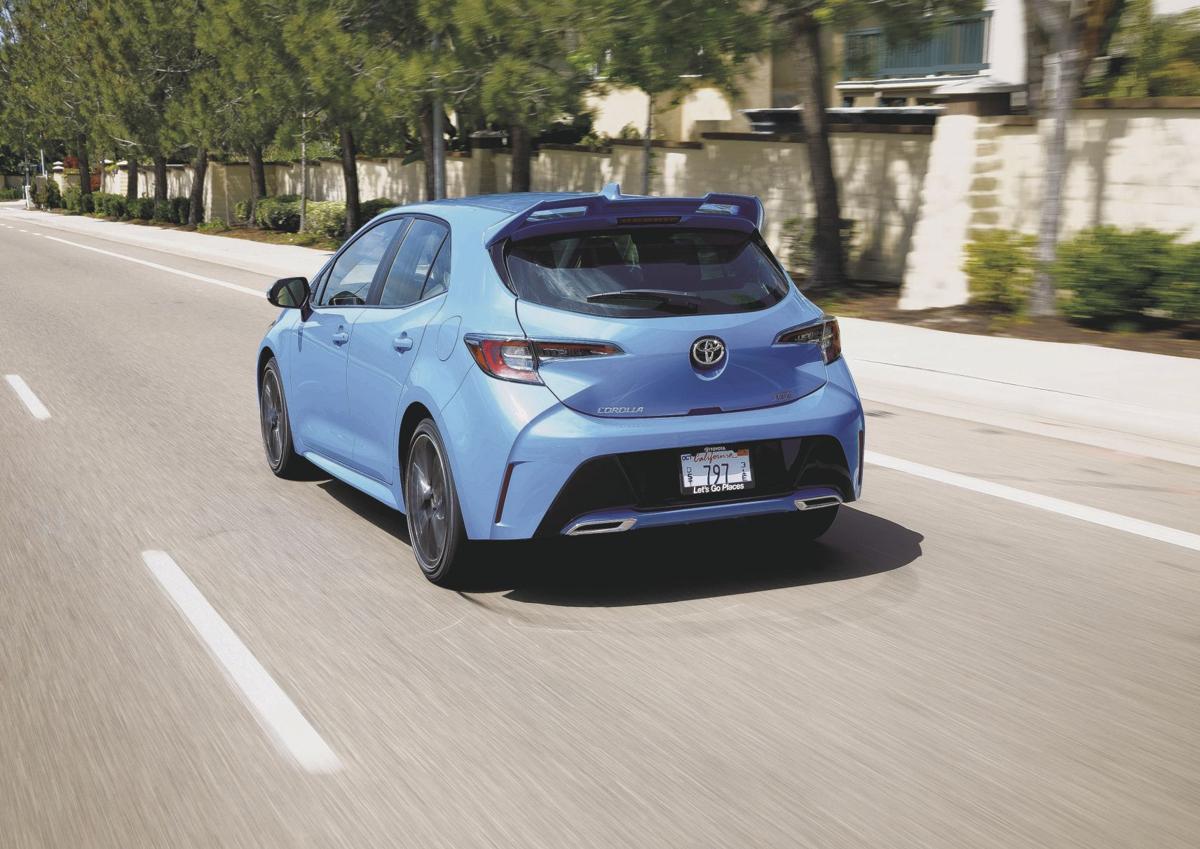 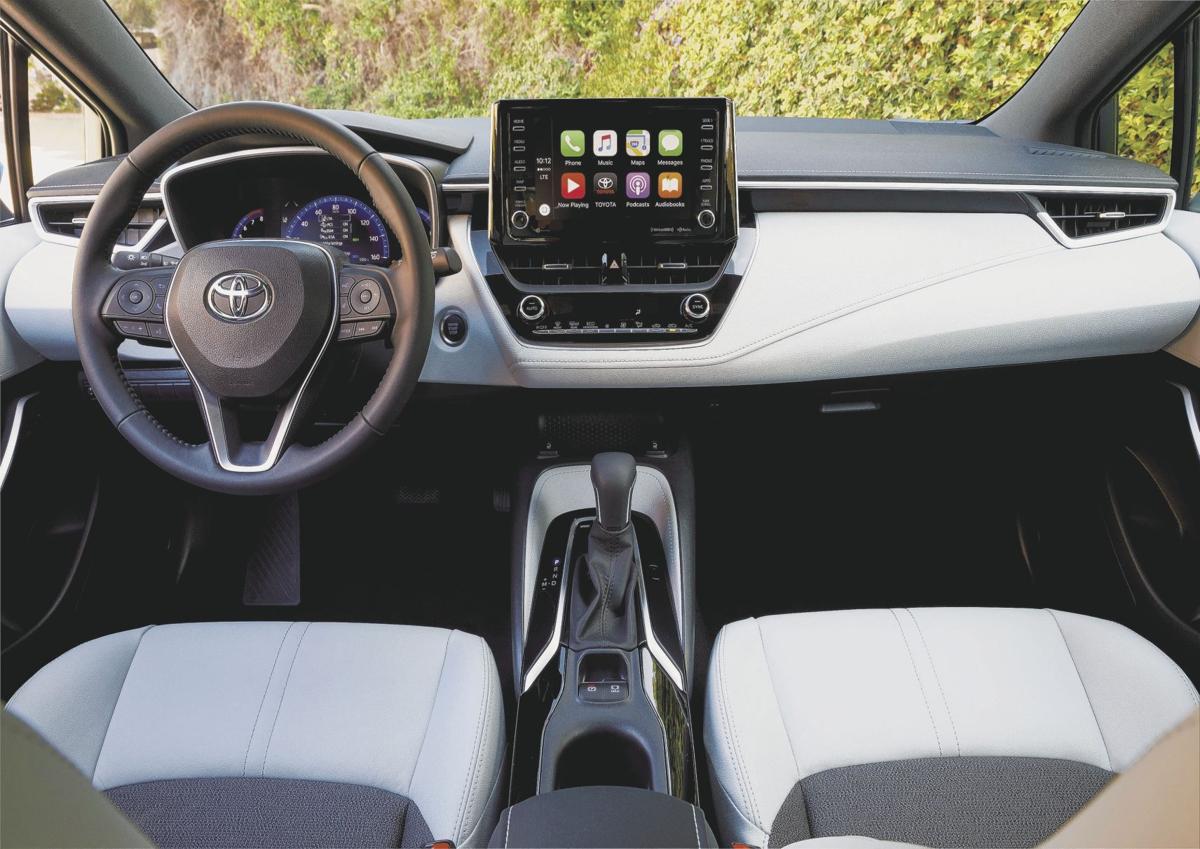 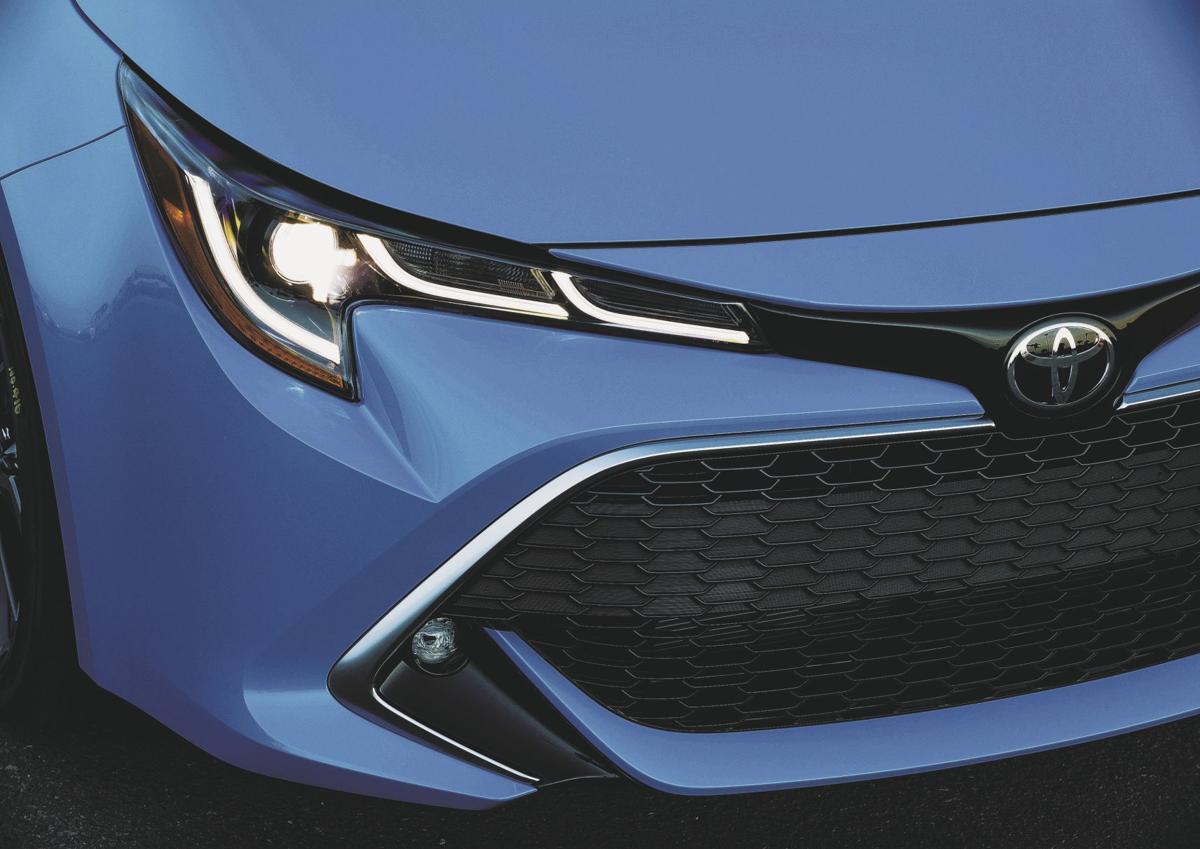 The Corolla Hatchback is new from the wheels up for 2019. This hot hatch from Toyota is longer, wider and lower than the previous version and it’s got a dynamite new style with dynamic body lines and new LED headlights that’ll stop any deer in its tracks.

“Our designers pulled out all the stops with the new Corolla Hatch,” said Lisa Materazzo, Toyota vice president of vehicle marketing and communications. “Everything about this hatchback is new.”

The front-drive 2019 Corolla Hatchback will be powered by a 2.0-liter DOHC four-cylinder engine that develops 168 horsepower and 151 lb.-ft. of torque. The engine will be mated either to a 6-speed rev-matching manual transmission or a CVT automatic with paddle shifters. Horsepower and torque are both significantly increased in the new Corolla Hatchback.

The Corolla Hatch will be offered in SE and XSE trims with the manual transmission available in both. Toyota brings the new Corolla Hatchback in at less than $20-grand, no small feat for a car with such a nice amenity sheet.

The upgraded Entune system is a must at $1,600. It includes premium JBL audio, dynamic navigation with voice recognition, hands-free Bluetooth and QI wireless charging.

My test car for the week was the XSE with the CVT, and it showed up in my driveway in the terrific Blue Flame clearcoat, which might be the prettiest car color on the planet.

The Corolla Hatchback’s style and color choices will win a lot of younger drivers over. I’m not exactly a younger driver, but I was impressed with this new hatch. It had enough under the hood to satisfy me and it stuck to the road like Flick’s tongue on the frozen flagpole after the famous “Triple Dog Dare.”

Kids will like that standard connectivity is by Entune 3.0 Audio, upgraded in the XSE to Entune 3.0 Audio Plus with connected services. The 8-inch touchscreen display sits high on the center stack and has intuitive screen functions. The multi-information display is either 4.2 inches or 7 inches, depending on the trim.

Parents of kids will like that all Corolla Hatchbacks come with Toyota Safety Sense, which includes a pre-collision system with pedestrian detection and enhanced speed reduction capabilities. The Corolla Hatch also gets seven standard airbags, an available blind spot monitoring system, hill start assist and an electric parking brake. Insurance industry crash tests are not yet complete on the 2019 model, but the 2018 Corolla was rated a “Top Safety Pick.”

If your kids know how to shift, or if you want to teach them, I’d opt for one of the manual transmission models. First, it will impress the heck out of their friends and second, it’ll make young drivers more focused on what they’re doing rather than playing too much with the audio system.

If you opt for the CVT transmission, it has a new feature that uses a fixed first gear, then switches to the belt of the CVT. The new feature provides a litter more oomph for acceleration from a standstill.

The 2019 Corolla Hatchback is almost 170 inches long, and it’s considerably wider (69.9 inches) than it is tall (57.1 inches). Headroom was fine for my 6-foot-1 frame in the front and rear seats, although legroom in back makes it a little cramped if you’re tall. Cargo space behind the second row is 18 cubic feet, but if you fold the second row down it increases to 23.3 cubic feet.