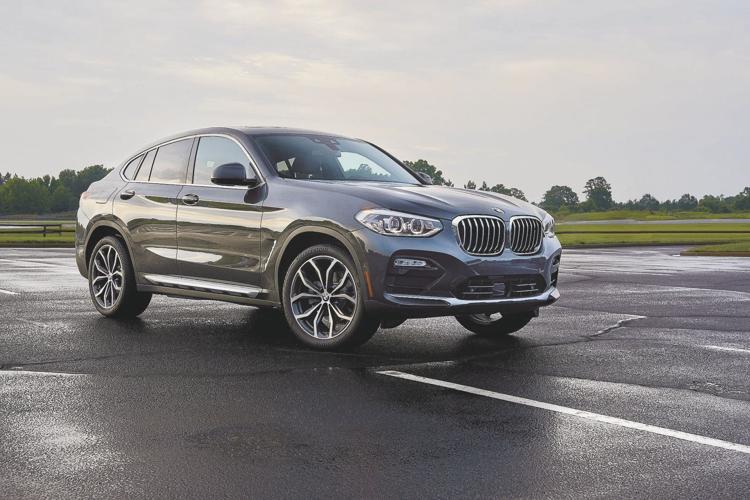 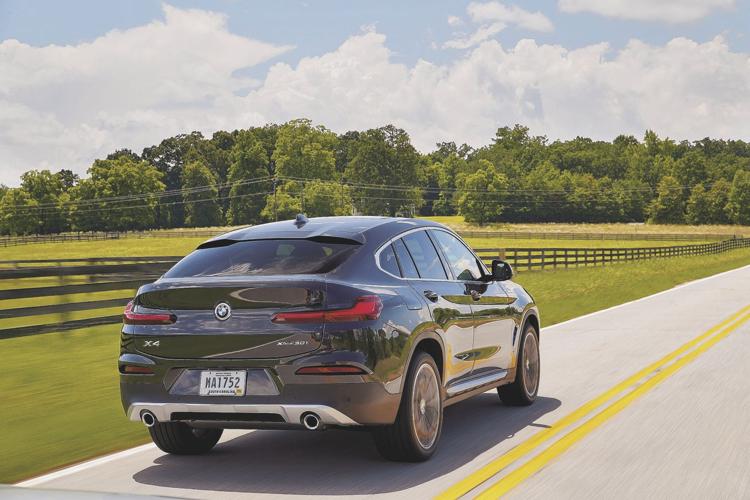 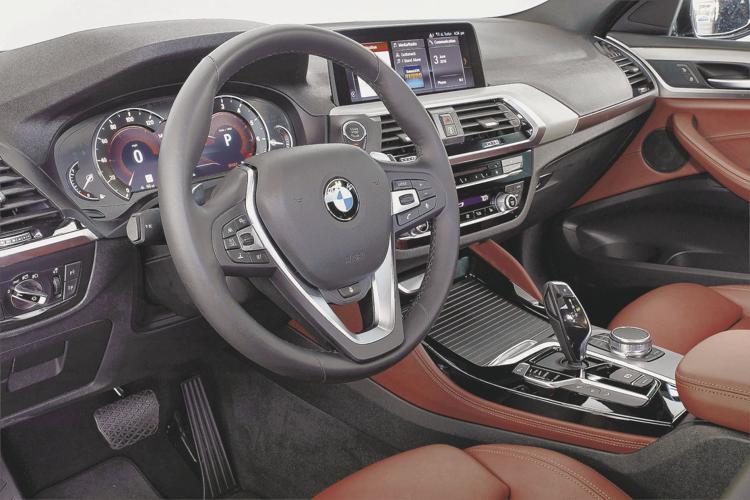 Launched in 2014, the BMW X4 enters its second generation as a longer, wider and lower “sports activity coupe.” The X4 has a unique shape and style with four doors built into a coupe-like vehicle.

Nearly 200,000 units have been sold worldwide, not a bad start for the first generation of anything. You might like the X4’s style or you might not, but the strength of this German automaker’s offering is in the way it drives.

My test car for the week was the xDrive30i, but don’t think the smaller engine can’t get the job done. The xDrive30i can hit 60 miles per hour from a standstill in six seconds and has a top speed of 130 miles per hour, according to BMW. The little turbo brings on the power smoothly and confidently instead of overpoweringly. On a two-lane drive up Plank Road up towards Clinton, big rigs were easy prey for the turbo-4 and I scooted around them effortlessly. And, the 4-cylinder option will cost thousands less than the larger M40i.

The starting price of my 2019 BMW X4 xDrive30i was $50,450, plus freight. You’d have to come up with another $10-grand to move up to the M40i. The xDrive30i also promises to take you 29 miles down the highway on a single gallon of premium unleaded.

The cabin of my test X4 was filled with sumptuous leather surfaces and other high-quality materials. The front seats adjust 10 ways, and the driver’s seat has a memory function. The front seats are very comfortable, with plenty of shoulder room across the seats, despite a wide center console.

Headroom in front is more than 39 inches, even with a moonroof. It’s another story in the rear seats, however. Because the roof slopes heavily to the back, headroom in the second row is just 37.2 inches. The hair atop my 6-foot-1 frame brushed the ceiling in Row 2. And although the X4 is a 5-seat vehicle, two adults in Row 2 would be a lot more comfortable if the third passenger rode with someone else.

Controls in the X4 are arranged in a thoughtful and intuitive way, with a big 10.25-inch touchscreen for infotainment standing tall at the top of the center stack. A rotary controller on the console is surrounded by five buttons for the most commonly used functions. The driver can use a switch on the console to select driving modes from sport, to comfort to ECO. There’s also an auto-hold feature for stopping on hills. Three-zone climate control is standard.

BMW has adopted an electronic shifter that’s different, but very easy to use. Push the shifter up two clicks for reverse, back two clicks for drive and push a button on the shifter to put the car in park. Sequential shifting is available by pulling the shifter to the left. The X4 has a stop/start feature to help with fuel consumption, but a switch near the start button disables that feature.

When it comes to safety the X4 has a full complement of airbags including side impact protection. Neither the government nor the insurance industry has completed crash tests on the car. It may not be tested at all since it is a low volume selling vehicle. The X4 has automatic emergency braking as standard equipment, but other safety systems are optional.

A driving assistance package ($500) adds blind spot monitoring and lane departure warning, while a driving assistance plus package ($1700) will help keep the car between the lines for short periods of time without input from the driver. A rearview camera system, including a surround view and parking assistance, is $700. Finally, the heated steering wheel, heated seats and a 75-percent larger head’s up display comes in a premium package at $1,600.