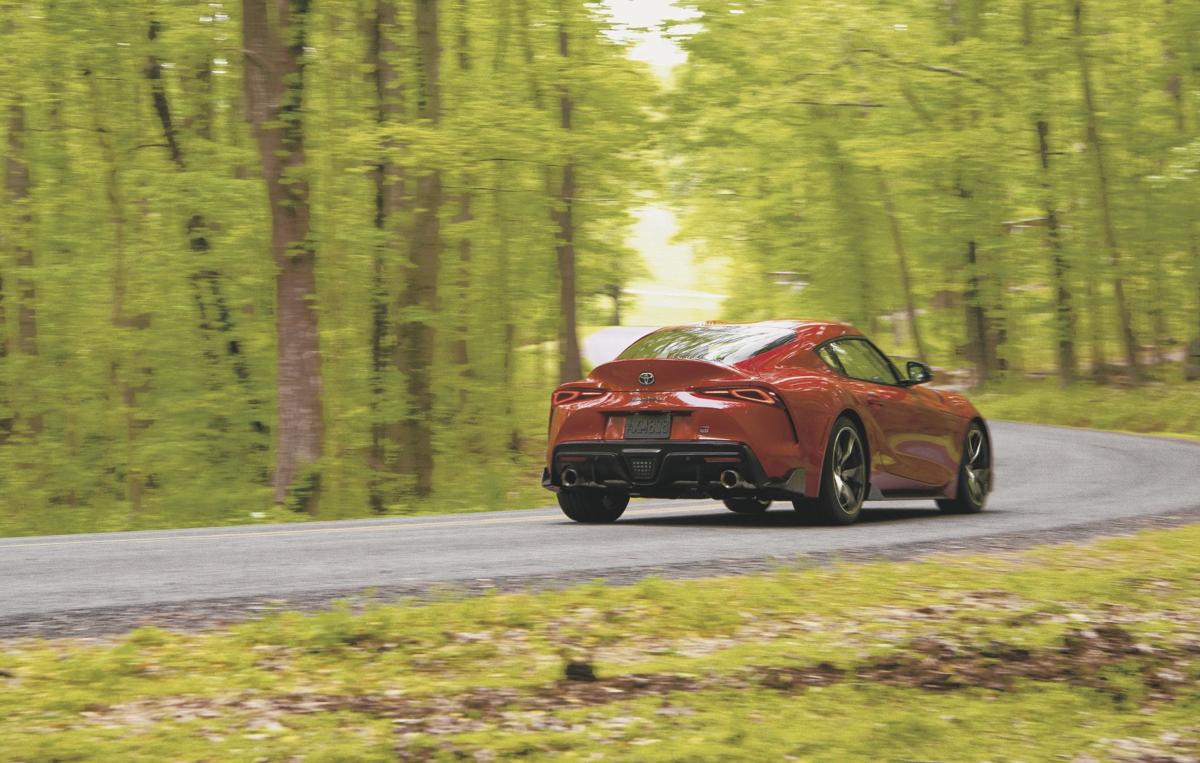 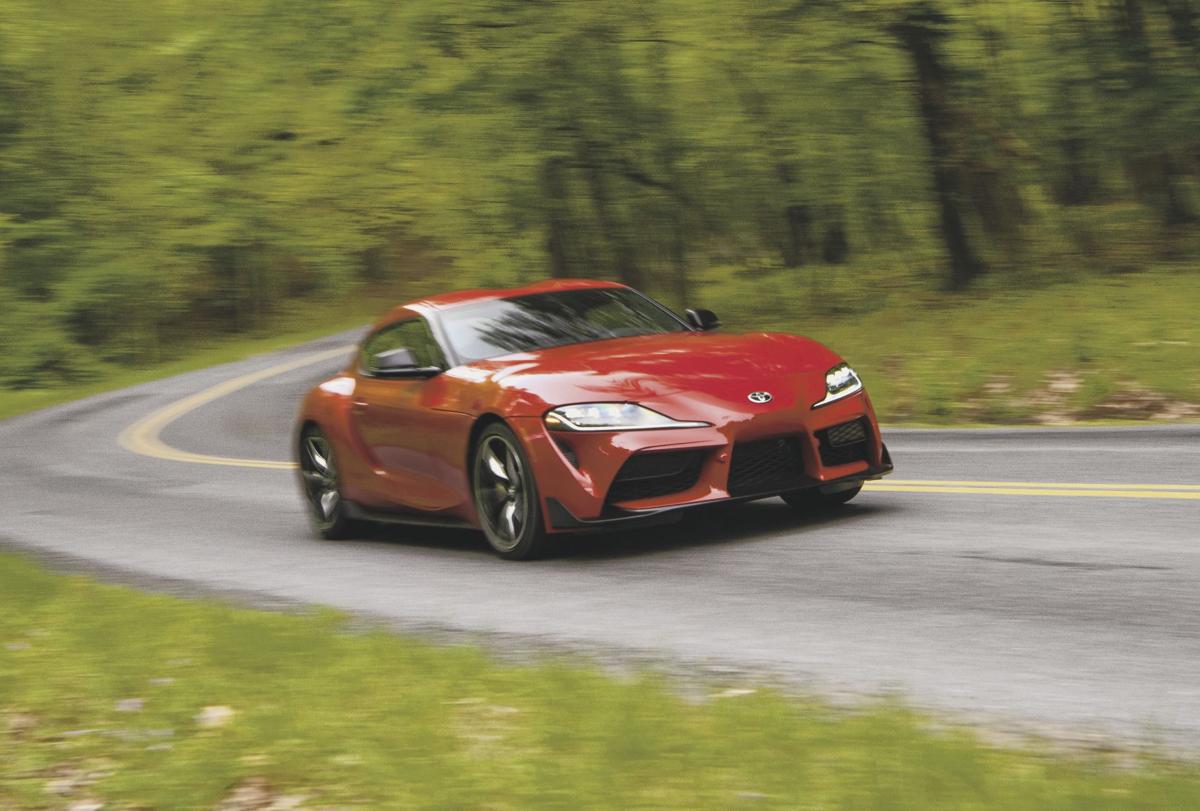 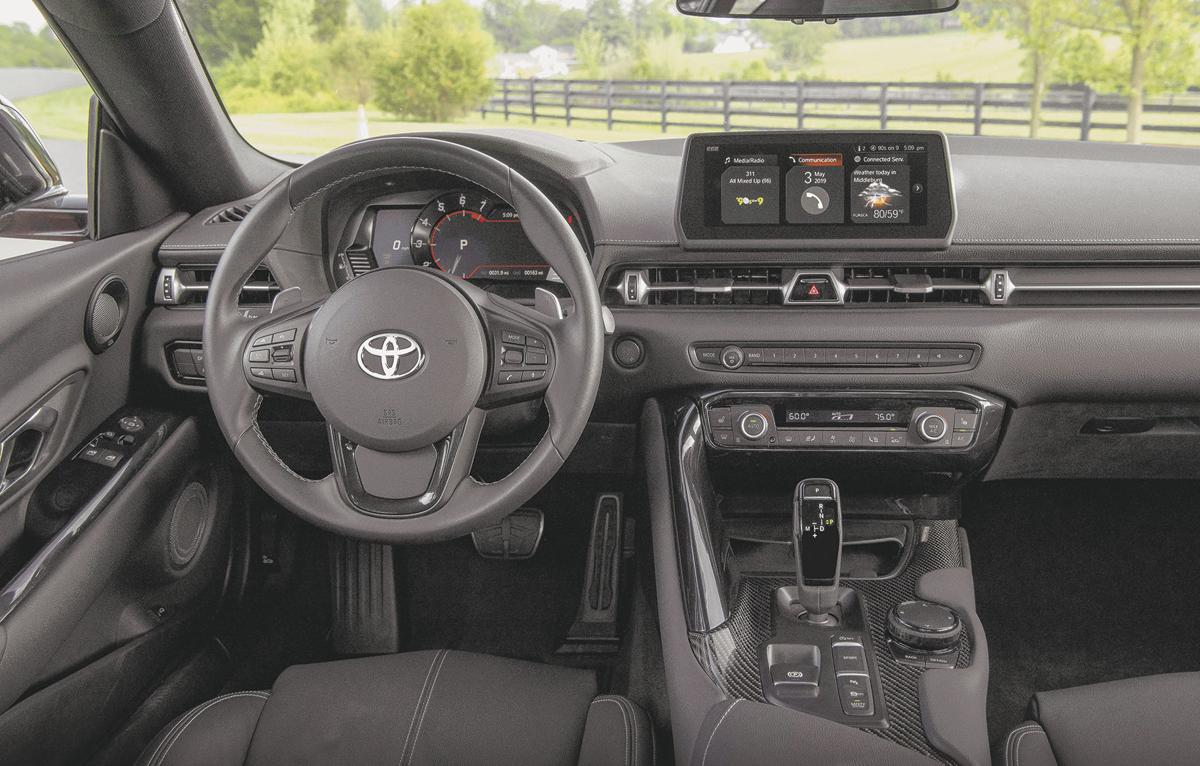 The first new Toyota Surpa to be sold in the United States in the past 21 years is about to go on sale. Technically, it will be the second new Supra to be sold here since 1998: the first one was sold in January at the Barrett-Jackson auction in Scottsdale for $2.1 million. You can get one in Baton Rouge for less than $50-grand starting in July.

Toyota collaborated with BMW in the production of the 3.0-liter Inline 6-cylinder engine under the hood, and the Supra can hit 60 miles per hour from a standstill in just 4.1 seconds.

Toyota invited auto journalists from around the U.S. and Canada to get a sneak peek at the new Supra in Middleburg, Va., allowing us to drive up to Summit Point Motor Sports Park for a day on the racetrack. The twisting roads leading up to the racetrack offered a glimpse at the Supra’s handling, but track driving really showed off this car’s capabilities. The top track speed for the Supra is electronically limited to 155 miles per hour.

Summit doesn’t have a long enough straightaway to reach that kind of speed, but I had the Supra up to 100 mph or so. At that speed the car felt like it was comfortable and planted on the asphalt. Diving into hard corners, the Supra stayed flat and secure…unless of course you wanted your rear wheels to cut loose. Toyota says the 3,397-pound Supra has 50 percent of its weight in front and 50 percent in the rear, and it balances nicely on the streets as well as the track. I found the electronic power steering on center and precise, while ventilated Brembo brakes (13.7-inch rotors in front and 13.6-inch rotors in the rear) bring the car to a stop right now.

After a full day of driving the new Supra at Summit Point, I think Supra fans who have been clamoring for its return will be pleased.

The rear-drive Supra will be available in three trims: 3.0, 3.0 premium and a special launch edition based on the premium trim. The base 3.0 trim starts at $49,990, the 3.0 premium trim starts at $53,990 and the special launch edition will cost $55,250. Only 1,500 of the numbered special editions will be produced. The 2-seat Supra is the second sports car in the Toyota lineup, joining the Toyota 86, which is a slightly larger and less powerful 4-seater.

All three trims have the same powertrain under the hood, a 3.0-liter Inline-six that develops 335 horsepower and 365 lb.-ft. of torque. The transmission is an 8-speed automatic.

The differences in trims come primarily inside the diminutive cabin. The base grade has a 6.5-inch display and Alcantara seats, with navigation and JBL audio as options. The 3.0 premium trim has an 8.8-inch wide-format touchscreen with navigation, Supra Connect telematics services, heated leather-trimmed seats, 12-speaker JBL audio, wireless phone charging and a color heads-up display. Apple CarPlay is supported.

Standard safety features on all trims include forward collision warning, automatic emergency braking with pedestrian detection, automatic high beams and lane departure warning with steering assist. I was glad to see Toyota include these outstanding safety technologies as standard equipment. The Supra has not yet been crash tested.

The Supra has a 97.2-inch wheelbase and an overall width of 73 inches, giving it a wide stance on 19-inch wheels. Overall height is just 50.9 inches. For taller drivers, getting into the Supra can be a bit challenging, especially if you’re wearing a helmet. Headroom is 38.3 inches and legroom is 42.2 inches.

But once you get inside, this is a super fun little car to drive. Toyota GAZOO Racing developed the Supra and it is being built in Austria. The car has high structural rigidity, which provides great stability on a track. But the stiff frame doesn’t prohibit the Supra from also delivering a good ride on public streets.

If you’re a Supra fan who has been dying for its return, you’ve gotta be thrilled with this new Supra. If you just want a hot little sports coupe to get around town, you should absolutely have the 2020 Toyota Supra on your list of cars to check out.