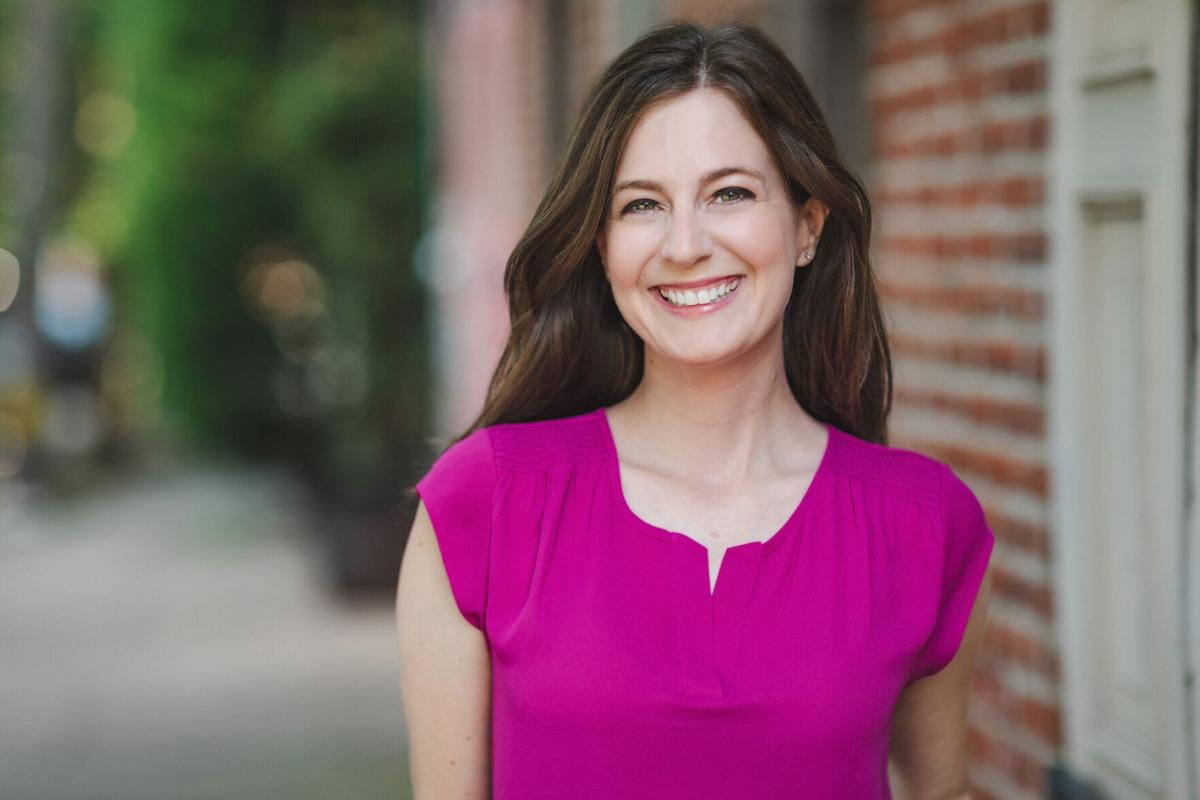 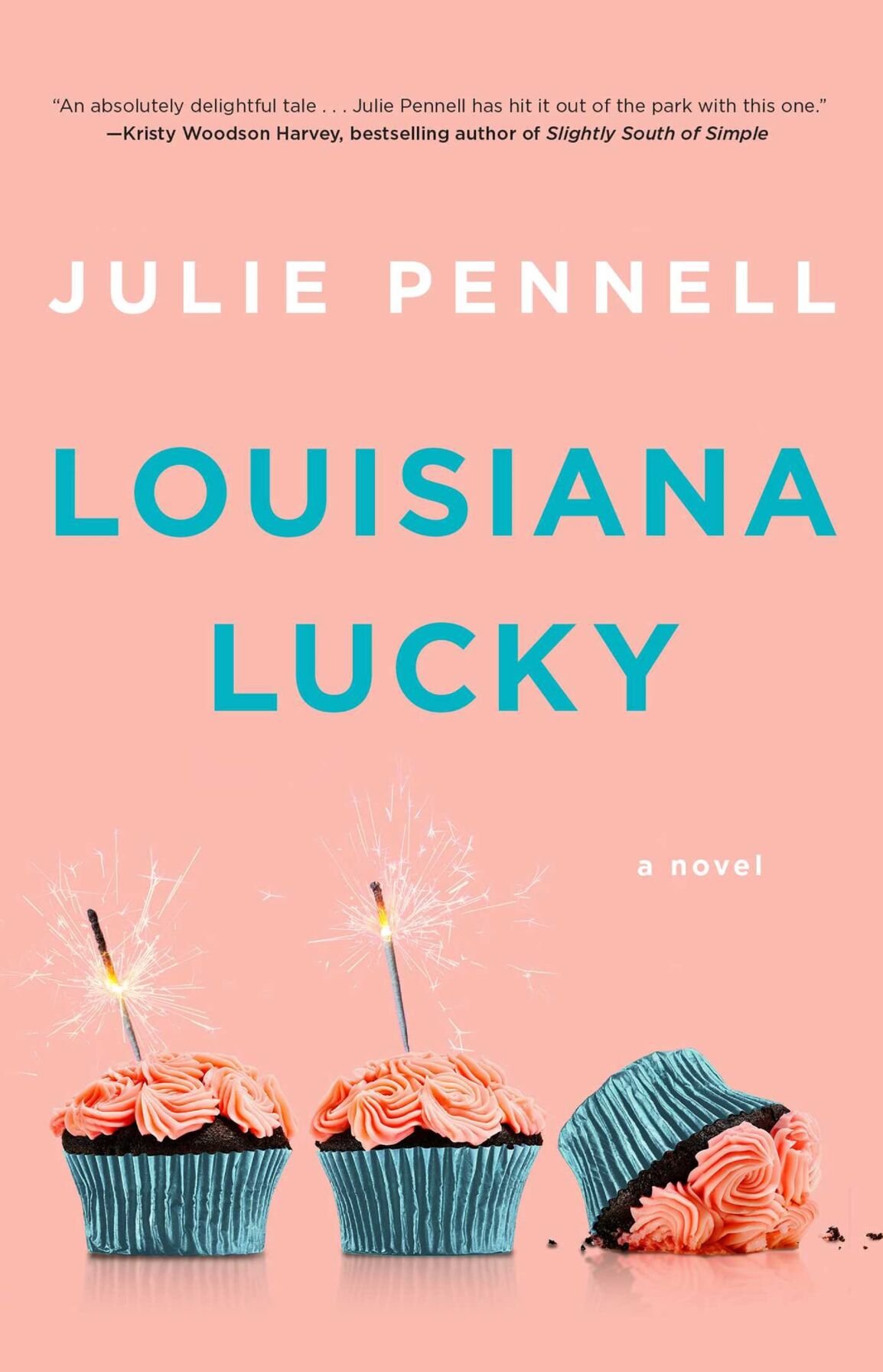 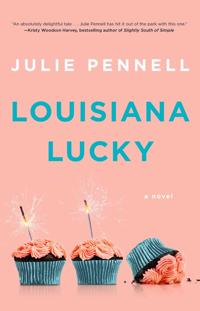 The result is her second novel, "Louisiana Lucky," the story of three sisters who hit it big playing the lottery, and what unfolds for them and their families with this newfound wealth.

"I was developing it (the book) when my first son was born, and then after he was born I started writing it," said the 35-year-old Pennell, a Louisiana native who now lives in Philadelphia. "I would write during his naps and when he went to bed. … He was a great sleeper, thank goodness."

The plot for "Louisiana Lucky" sprung from Pennell's first book, "The Young Wives Club," likewise set in her home state and released in 2017. That story follows four friends who all get married very young.

"One of the scenes in the book, and this isn't a huge plotline so it's not like a major spoiler, but one of the characters wins a little bit of money on a scratch-off ticket," Pennell said. "And I had so much fun writing that scene that I thought maybe we should do something even bigger and made a whole book about it, with more money, because who doesn't dream about that, right?"

The process — from the idea to writing to publication — for the 312-page "Lucky" took about three years of on-and-off work, Pennell said.

"Lucky" centers on three Southern small-town sisters — hairstylist Lexi, newspaper reporter Callie and nursing home activities coordinator Hanna Breaux. The close-knit trio make a girls' night out of their lottery tickets ritual, gathering for drinks and a rehash of their weeks as they await the winning numbers to be announced on TV.

"I always say that Callie is the most like me. So, Callie's job as a newspaper reporter is based off my first job," Pennell said.

Born in Lafayette, Pennell and her family later moved to Shreveport. Her father and other relatives still live in Lafayette and Acadiana.

At 14, Pennell accompanied her mother to the Shreveport Times newspaper office to place a garage sale ad.

"I went into the lobby, and I don't know what came over me. I asked if they had any teen writers, and I worked with them for the summer and wrote a teen column for seven years," Pennell said. "I always say that Callie's story is my love letter to print journalism."

While majoring in journalism at Louisiana Tech in Ruston, Pennell spent her summers in New York, landing internships at Cosmo Girl magazine, Seventeen magazine and Reader's Digest. She dreamed of writing and living in the Big Apple after completing her education.

"All of the editors told me you have to move to New York City without a job because you have to have a New York City address on your résumé and be able to come in for interviews," she said. "So two weeks after I graduated from college, I packed up my suitcases.

"I started freelancing in the office at Seventeen and then a job finally opened up, so it was my first full-time job out of college, so it was the absolute dream."

Pennell met and married her husband, Christopher Pennell, while living in New York. He's a surgeon and his pediatric fellowship prompted their move to Philadelphia.

Their son Jack is now 2½, and second son Callan is 5 months old.

"It's been a crazy pandemic, to say the least," Pennell said.

While staying at home with the boys, she also continues her work, writing lifestyle content for Today.com.

"It's mostly style and home decor. I do a lot of celebrity houses, trending food articles," she said.

Pennell explained that although she doesn't get to tour the stars' homes, she does talk to their real estate agents and studies photos of the houses for background on her stories.

"That actually inspired the storyline with Hanna's house, so I got to use my skills of writing about beautiful celebrity houses to put that into Hannah's house," she said, referring to the mansion "Lucky" character Hanna buys with her winnings.

Does the author ever take a cue from her characters and buy a lottery ticket?

"I don't buy them all the time. If there's like a really big jackpot and everybody is buying a ticket, then sometimes I'll  buy one. For the book's launch week, I decided to buy a lottery ticket with the numbers that the characters win on in this book," she explained. "So I bought a Powerball ticket, and it was so funny because I was giving the numbers to the lady who was doing the numbers for me and I had to explain to her like, 'Oh, I wrote a book and these are the numbers that the girls win on,' and she could not care less.

"None of the numbers was called," Pennell said, laughing.

So it's back to work on her next novel.

"I'm in the thinking stage of it right now," she said.

Checking In: The return of 'Greenleaf's' Lady Mae and more with Louisiana's Lynn Whitfield

Editor's note: As Americans continue to adjust to the "new normal" during the coronavirus pandemic, we're catching up with some Louisiana acto…