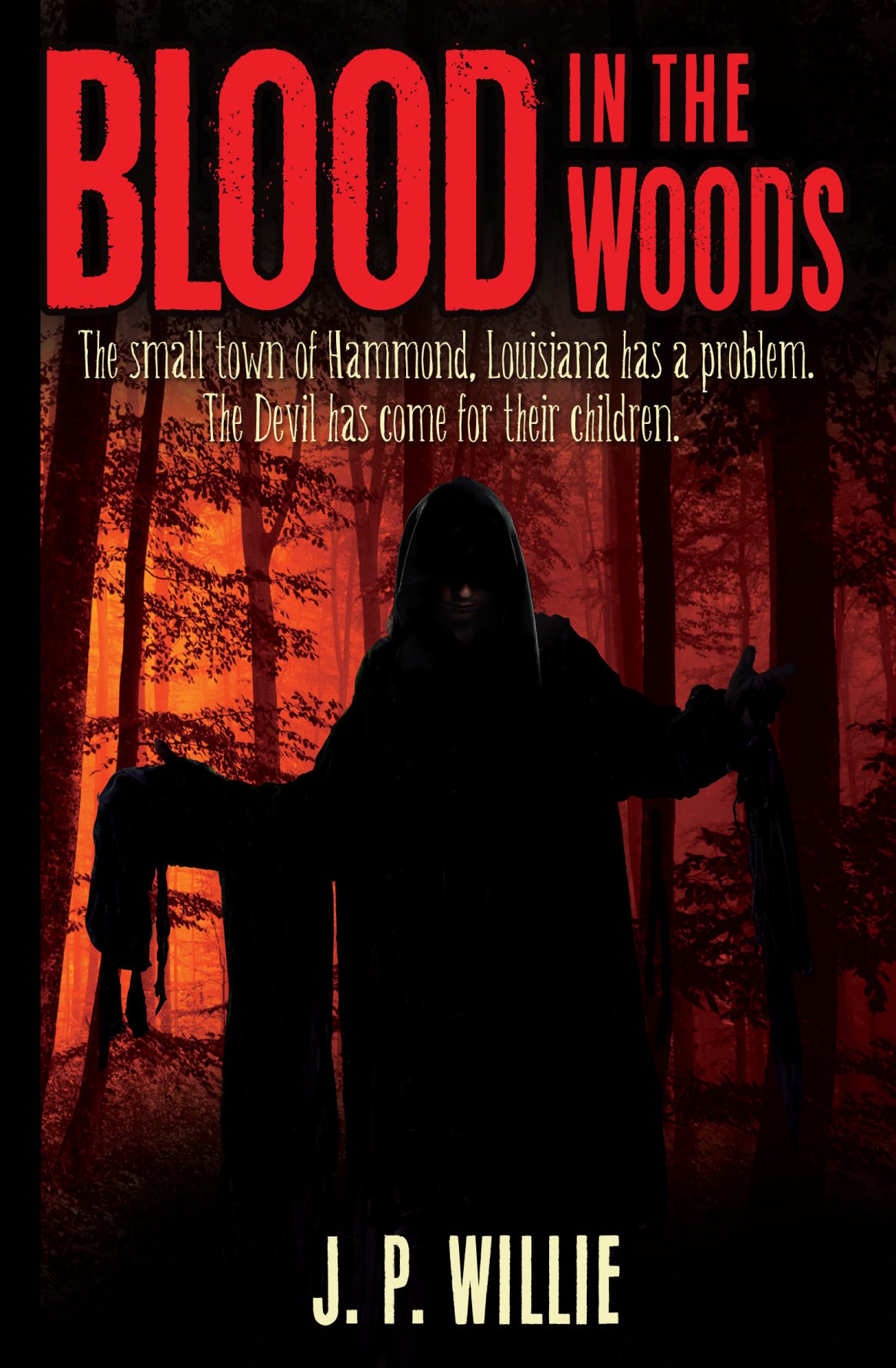 Army Sgt. 1st Class Joe Willie saw enough in two tours of Afghanistan to return home with post-traumatic stress disorder in 2006. But when he started writing a horror novel, he looked further back and closer to home to find a plot.

As a boy in the town of Baptist, just west of Hammond, Willie had eerie, never fully explained experiences. Pentagrams were being spray-painted on a church school. A local cemetery was vandalized. A farmer said some of his cattle were being killed and stolen.

For a while, on every full moon he and his family heard rhythmic drumbeats coming from the woods around their trailer. Once, he and a few friends heard their names being whispered from the trees. Another time, a man who appeared to be building some type of altar chased them away.

“It was always really terrifying in my mind,” said Willie, 38. “There was a lot of weird stuff going on around Hammond at that time in the early '90s. It was a wonderful place to be, but it had a lot of dark things going on at the same time.”

That darkness — or, at least, Willie’s imaginative interpretation of it — is now a book.

“Blood in the Woods,” Willie’s first book, is being released by Fear Front Publishing, which specializes in the horror genre. Willie — he uses J.P. Willie as his writing name — bases it loosely on himself, with the main character a boy, Jody, who was Willie’s age when he was living in Tangipahoa Parish, where the book is set.

Willie came up with the book idea after returning from his second deployment. In addition to his bad memories of warfare, a boyhood friend had lost his sister to a car accident, and Willie decided to write as a form of self-therapy.

Visiting his old driveway, Willie remembered the strange occurrences of his childhood and the rumors that accompanied them. After Willie returned, several adults were convicted of raping or sexually abusing children at the now-defunct Hosanna Church in Ponchatoula, and satanic rituals were alleged during the trials.

With all that, Willie started writing what he calls “the ‘Stand By Me’ of horror,” referencing the 1986 coming-of-age movie about four young boys. It took him about 18 months to write a manuscript — his job and family of, now, five children left him little free time — and about six years to get published.

A Stephen King fan, Willie has always enjoyed writing and credits a teacher at Tara High School, Angela Crain, with encouraging that love and sharpening his ability.

"She was just a great English teacher,” he said.

Being transferred by the Army from Germany to Fort Benning, Georgia, to Hawaii and, now, Fort Polk complicated the pursuit of a publisher.

“A lot of them were nervous about taking a shot at a first-time author,” Willie said. “The story was so different. … It’s very disturbing. It’s a rough read for any parent, but horrible things happen in the world everyday, and you can’t turn a blind eye to that.”

His story, however, fit what Fear Front was looking for, and it becomes available Tuesday on Amazon.com as a paperback or e-book, Willie said. It looks back on a time that, in some ways, seemed idyllic, but wasn’t.

"It’s born of lazy summer days and childhood rebellion and meddlesomeness that youth gets into, that young boys do,” he said. “We always snoop around and go too far when our parents tell us not to. We go too far down the street when they tell us not to. It’s that thrill of adventure that can sometimes take not too good of a turn.”