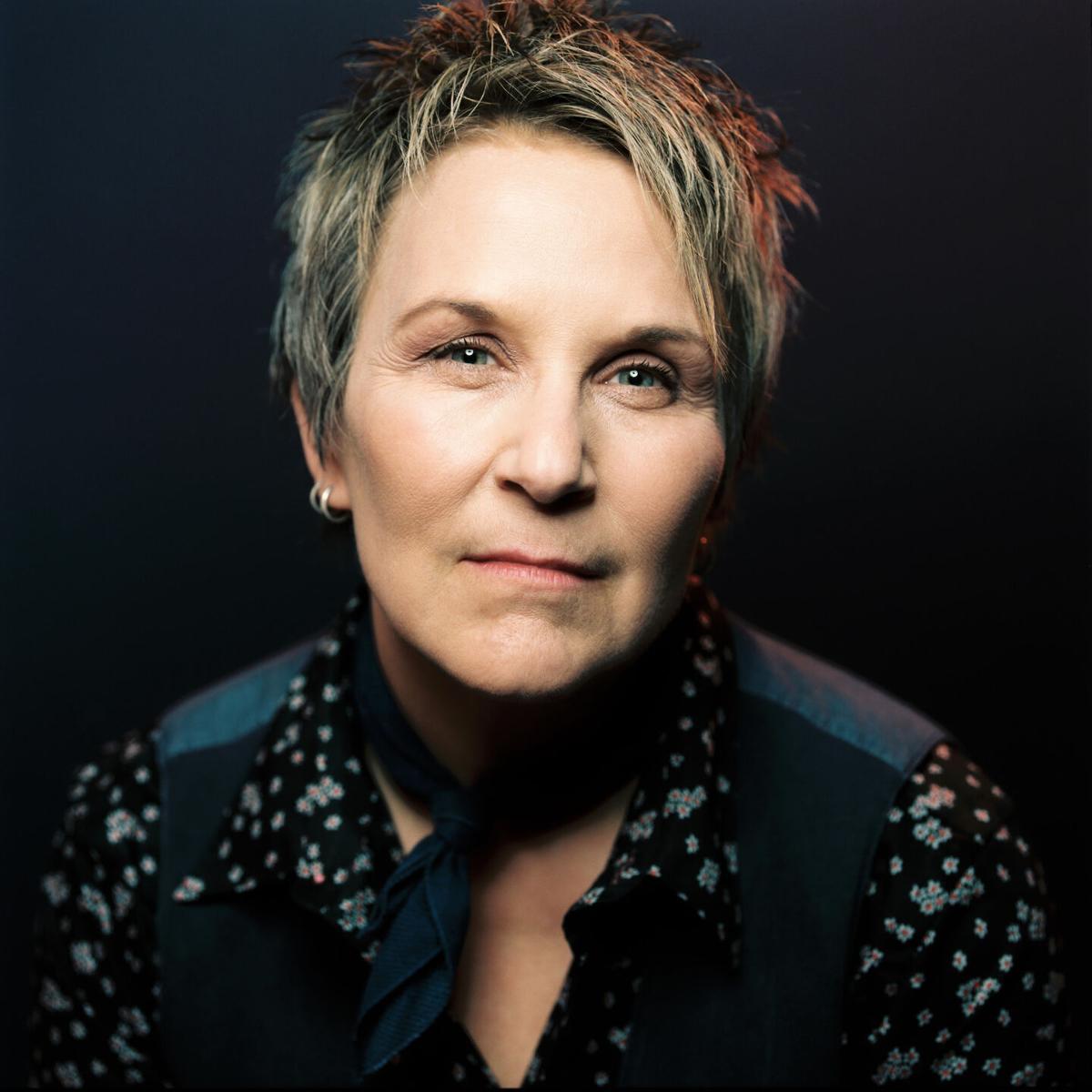 'I believe songs that heal come from a higher place,' singer-songwriter Mary Gauthier writes in the prologue to her new memoir, 'Saved by a Song.' 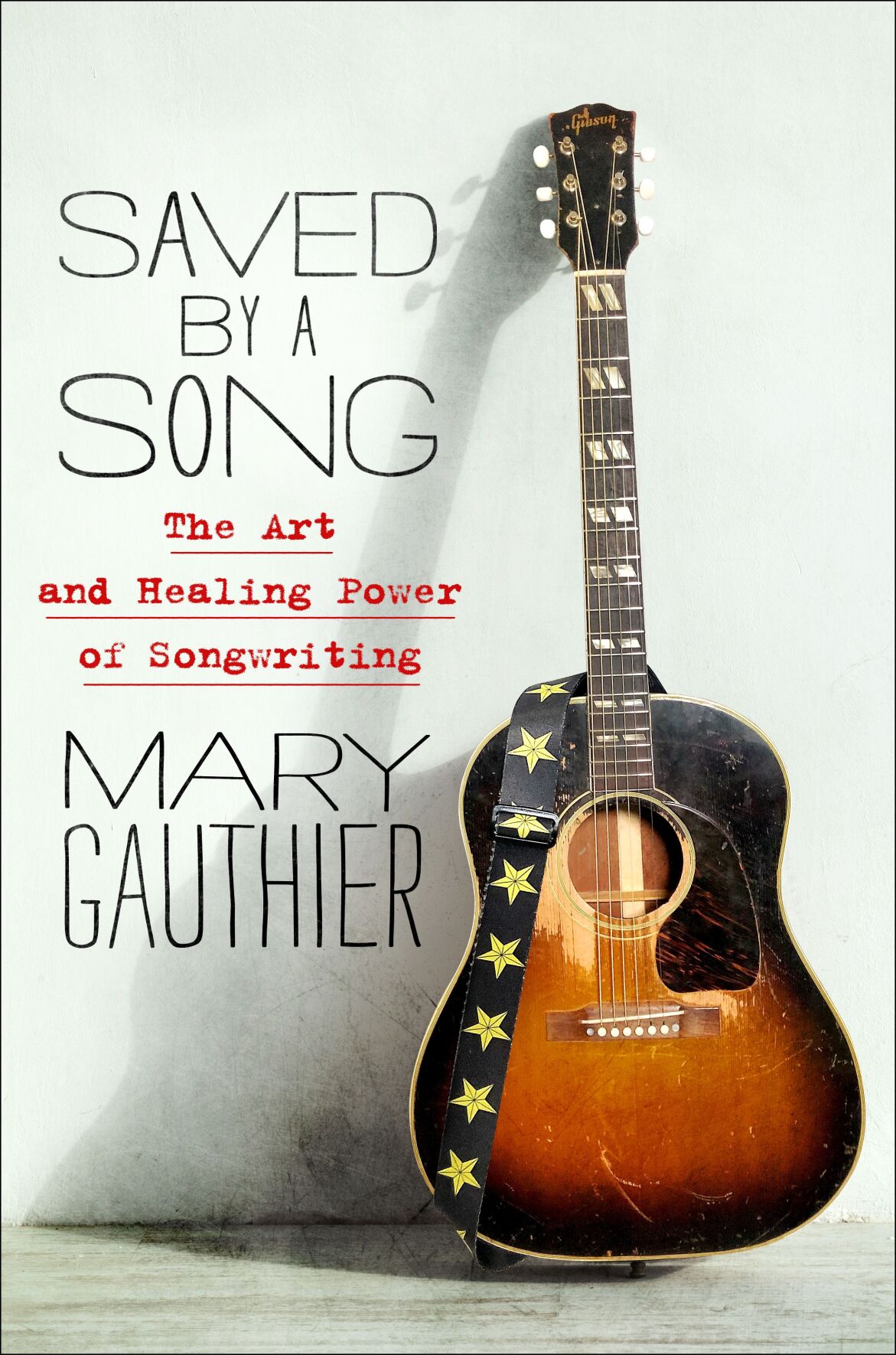 'I believe songs that heal come from a higher place,' singer-songwriter Mary Gauthier writes in the prologue to her new memoir, 'Saved by a Song.'

An acclaimed singer-songwriter, Gauthier didn’t get serious about writing songs until her late 20s. A Grammy nominee who spent most of her early years in Baton Rouge, she didn’t release an album until she was 35.

Compensating for the late start, Gauthier pursued writing and performing as if her life depended on it.

Gauthier’s memoir, “Saved by a Song,” begins with a harrowing story about hitting bottom in a drunk tank. It’s gripping prose by the former successful Boston restaurateur who remade herself into a singer-songwriter in Nashville.

A songwriter who dares to confront the dark places in her soul, Gauthier candidly tells her rocky life story in “Saved by a Song.” She does so in part by revealing the origins of her songs and writing process that yielded such catalog highlights as “Mercy Now” and “I Drink.”

Like her music, “Saved by a Song” goes deep, unveiling Gauthier’s troubled childhood and youth and struggles through years of addiction. The payoff her excavations produce runs through the memoir’s pages and also is immediately stated in the book’s subtitle: “The Art and Healing Power of Songwriting.”

Though the book does contain lessons in songwriting, it isn’t meant to be a songwriting manual.

“This book takes aim at what makes a song matter,” Gauthier explains in the prologue. “I believe songs that heal come from a higher place. They help us with the struggle of being human by letting us know we are not alone.”

Given up by her unwed mother in New Orleans, Gauthier stayed in the St. Vincent Infant Asylum until her adoption at almost a year old. Growing up with her adoptive parents in Baton Rouge and Thibodaux, she attended and dropped out of St. Joseph’s Academy and LSU. Her “fast-blooming delinquency,” she writes, inspired her mother’s final push to divorce her alcoholic father.

Gauthier found refuge in an old guitar that had belonged to an aunt. A teenager when she first heard John Prine’s “Sam Stone,” she connected powerfully to that portrait in a song about a morphine-addicted Vietnam vet. It was among the first songs she learned to play and sing.

“The song was not like the songs on the radio,” she writes. “It was too real, too true, too sad. It was better than those songs. A lot of better.”

Other songs helped light Gauthier’s way. Listening to her car radio a year before her 1990 drunk-driving arrest, she heard the Indigo Girls’ “Strange Fire.” The song stayed with her and, after she achieved sobriety, Gauthier attended an Indigo Girls concert in Boston.

“When the Indigo Girls took the stage, the predominantly female audience exploded in raw emotion and rushed to the stage, screaming, crying,” Gauthier writes. “The Indigo Girls were on their way to becoming icons. Lesbian icons. … I had not written my first song, but the rise of the Indigo Girls in popular music was prying something open in me.”

“A deep knowing overtook me,” she writes of attending her first open mike night. “THIS IS IT! I want to do this.”

Becoming an acclaimed singer-songwriter was a slog. Thinking of herself as “the only fat, old, Southern queer to play this New England folk open mike,” her performance debut crashed and burned. But ignoring the bully in her brain, Gauthier instead heeded a less judgmental voice: “You might do better next time.”

Learning to write and perform songs during her late 20s and 30s served as both therapy and the start of a new and purposeful life.

“People ask me if I believe songs can change the world,” Gauthier writes. “My answer is yes, absolutely.”

Remember the name Quadry: The Baton Rouge artist making a name for himself in rap game

Quadry Winters’ distinctive name and voice help him rise above the rap pack.