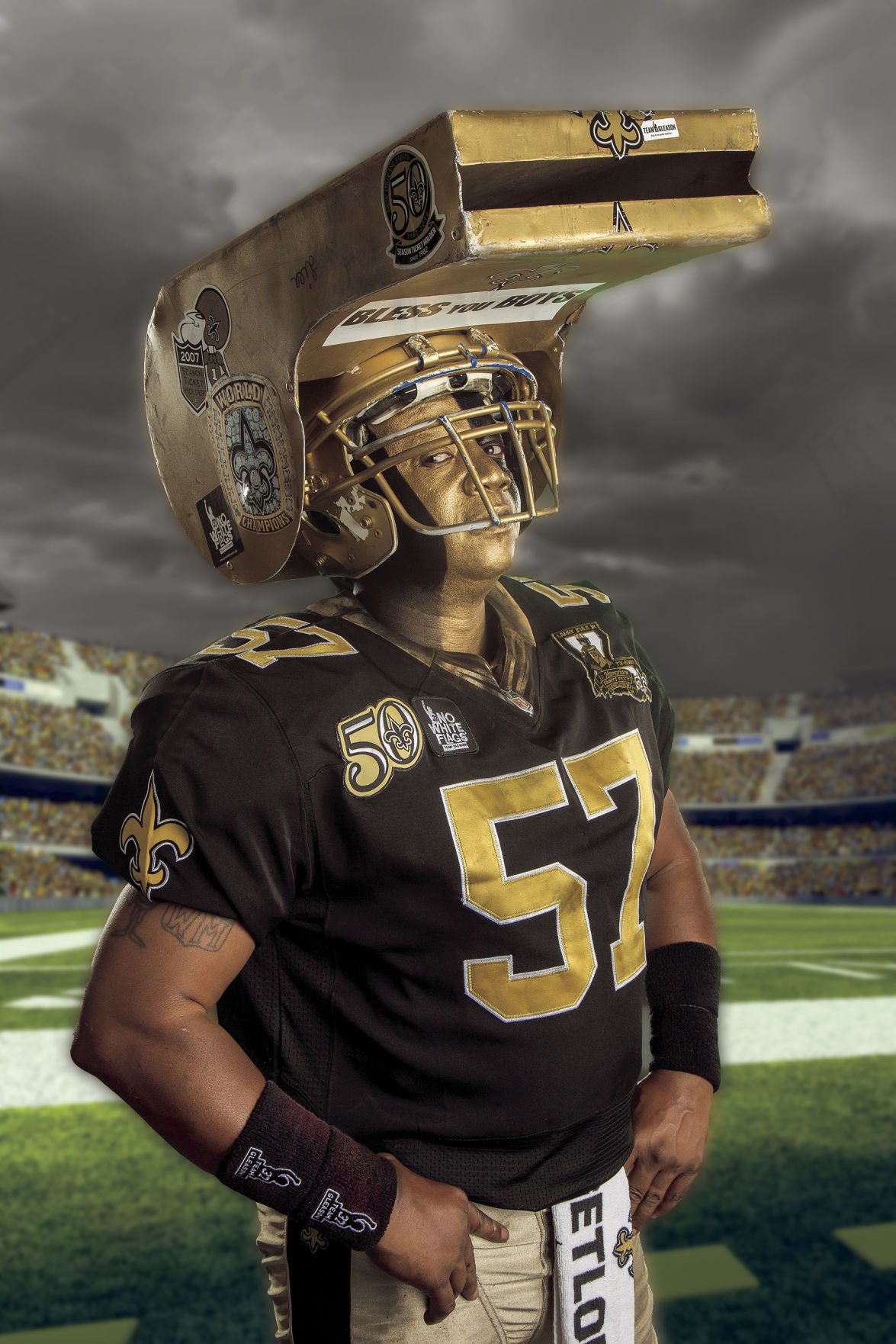 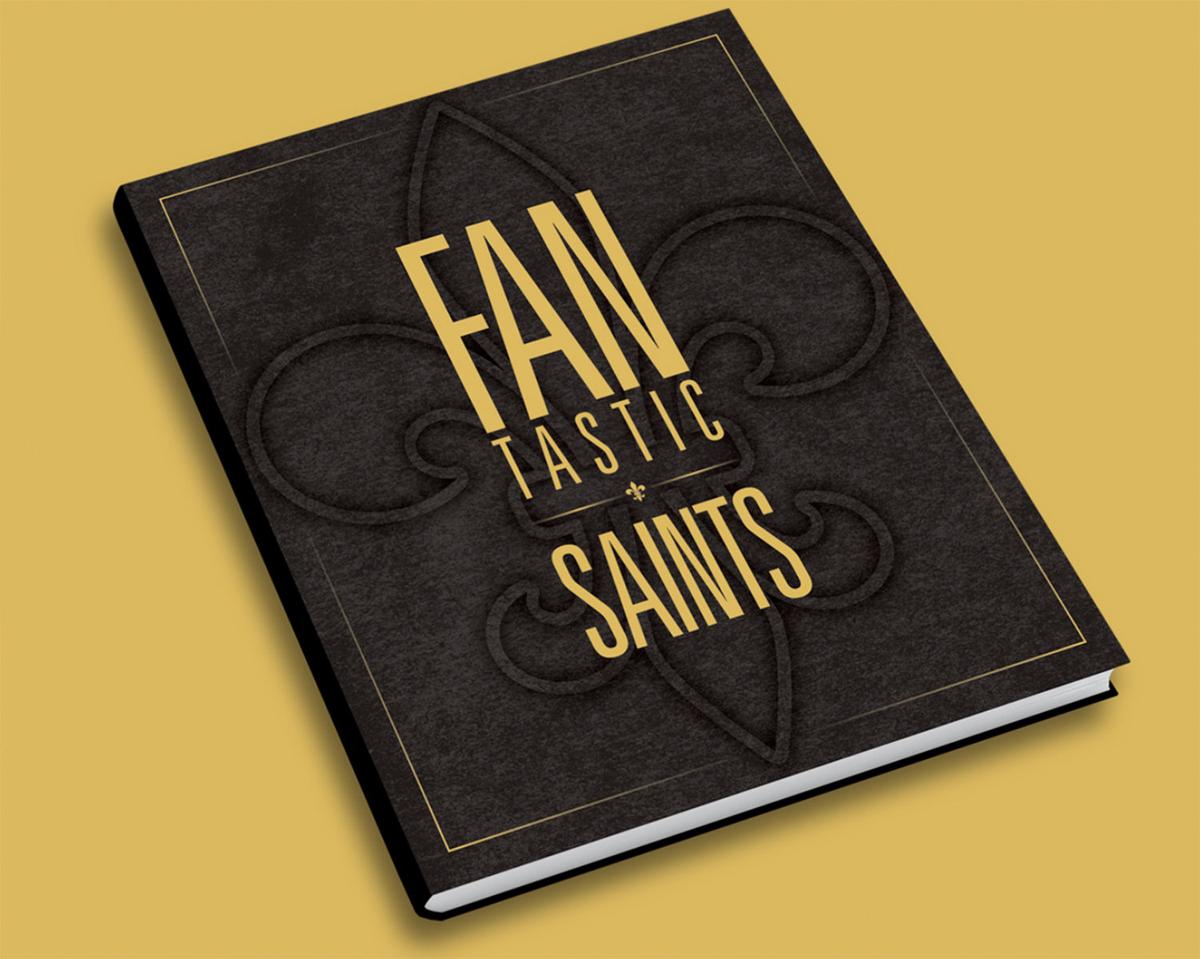 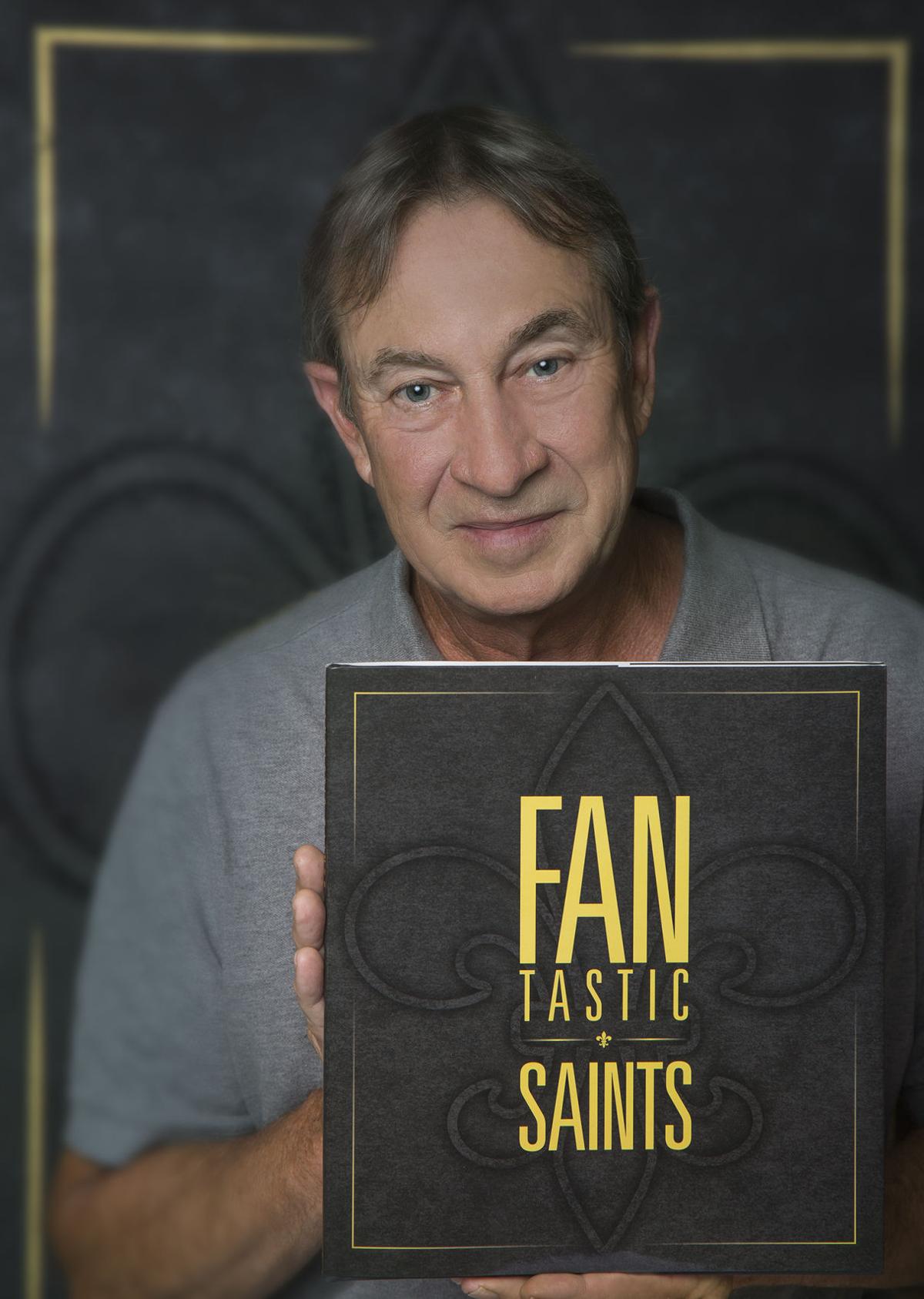 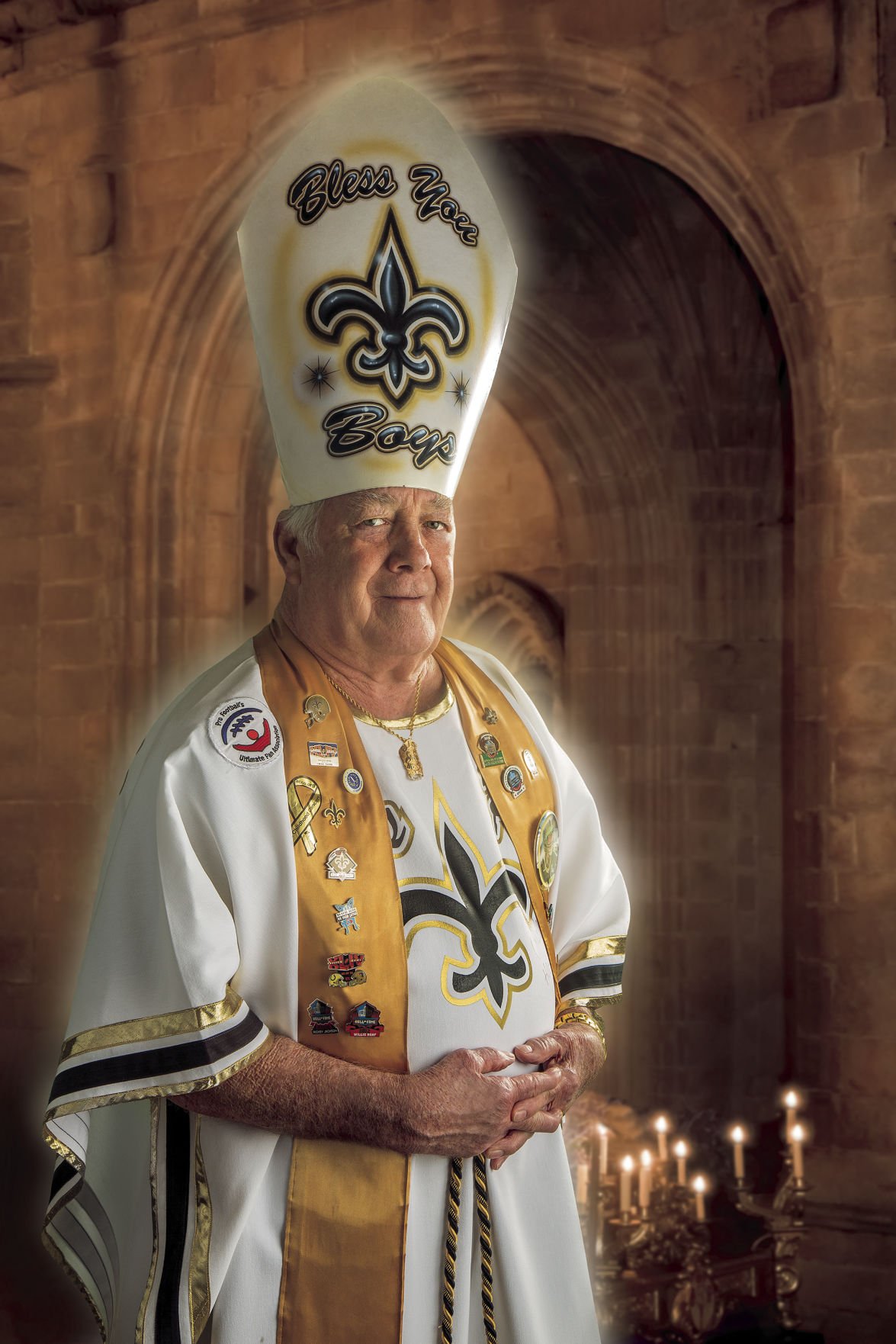 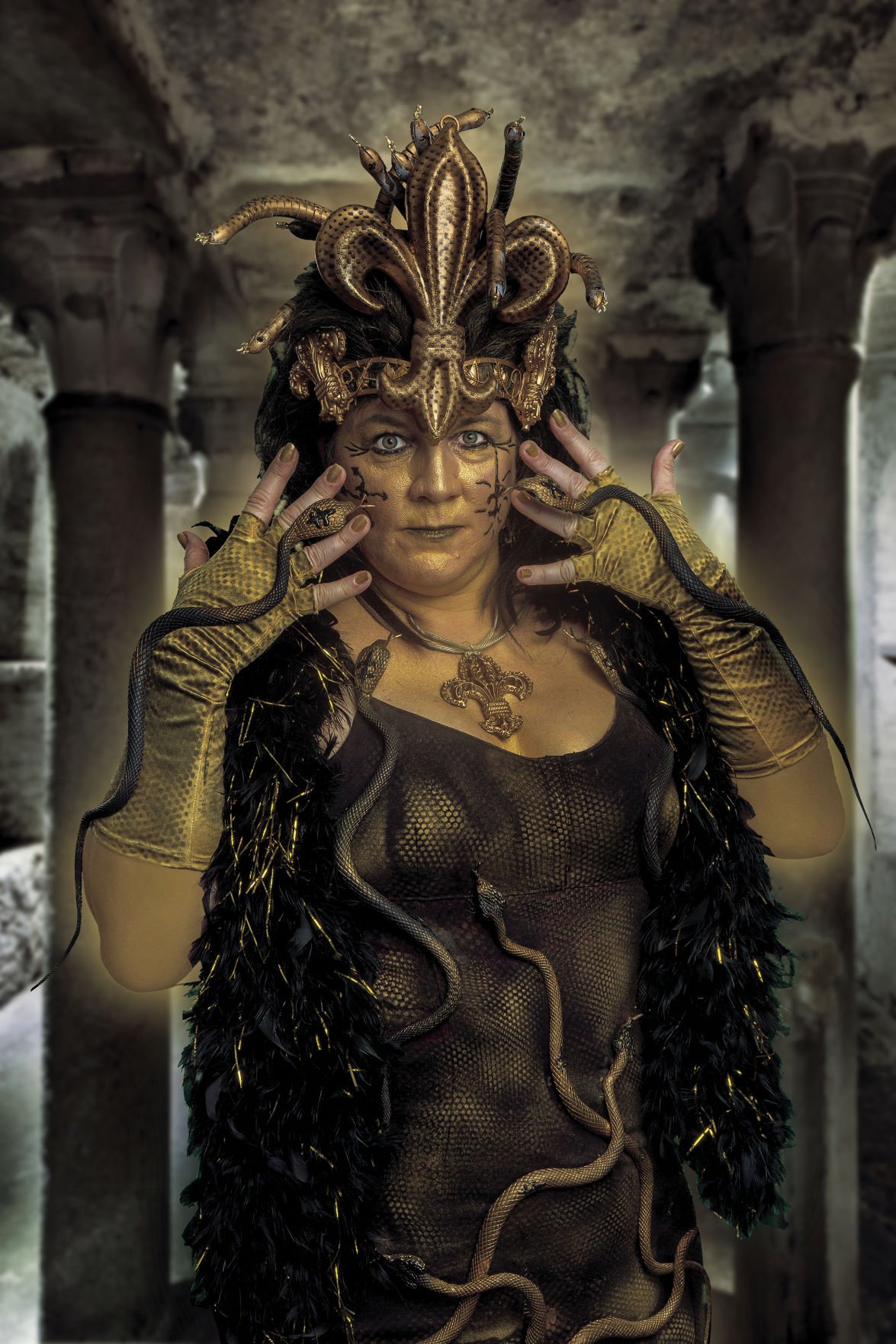 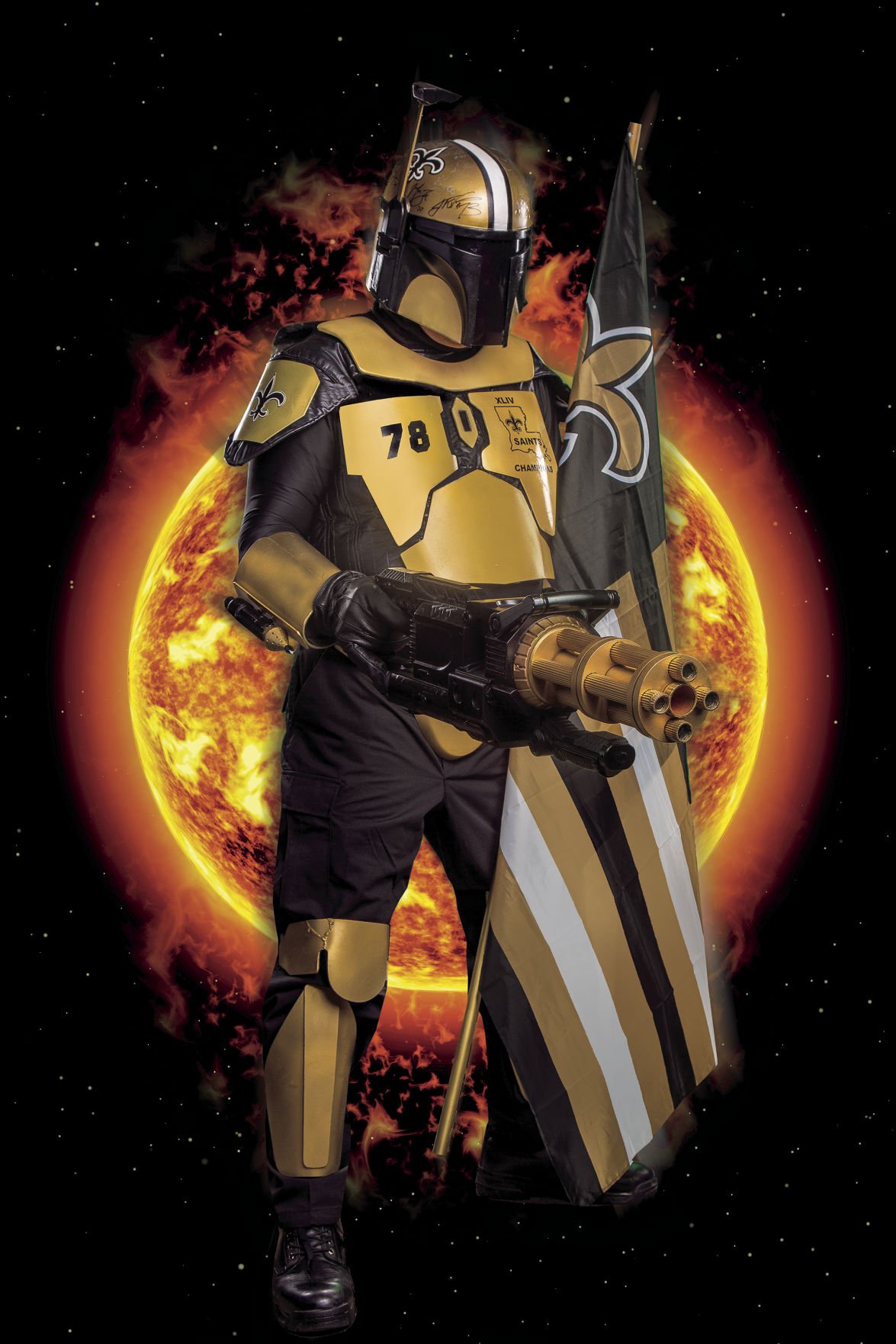 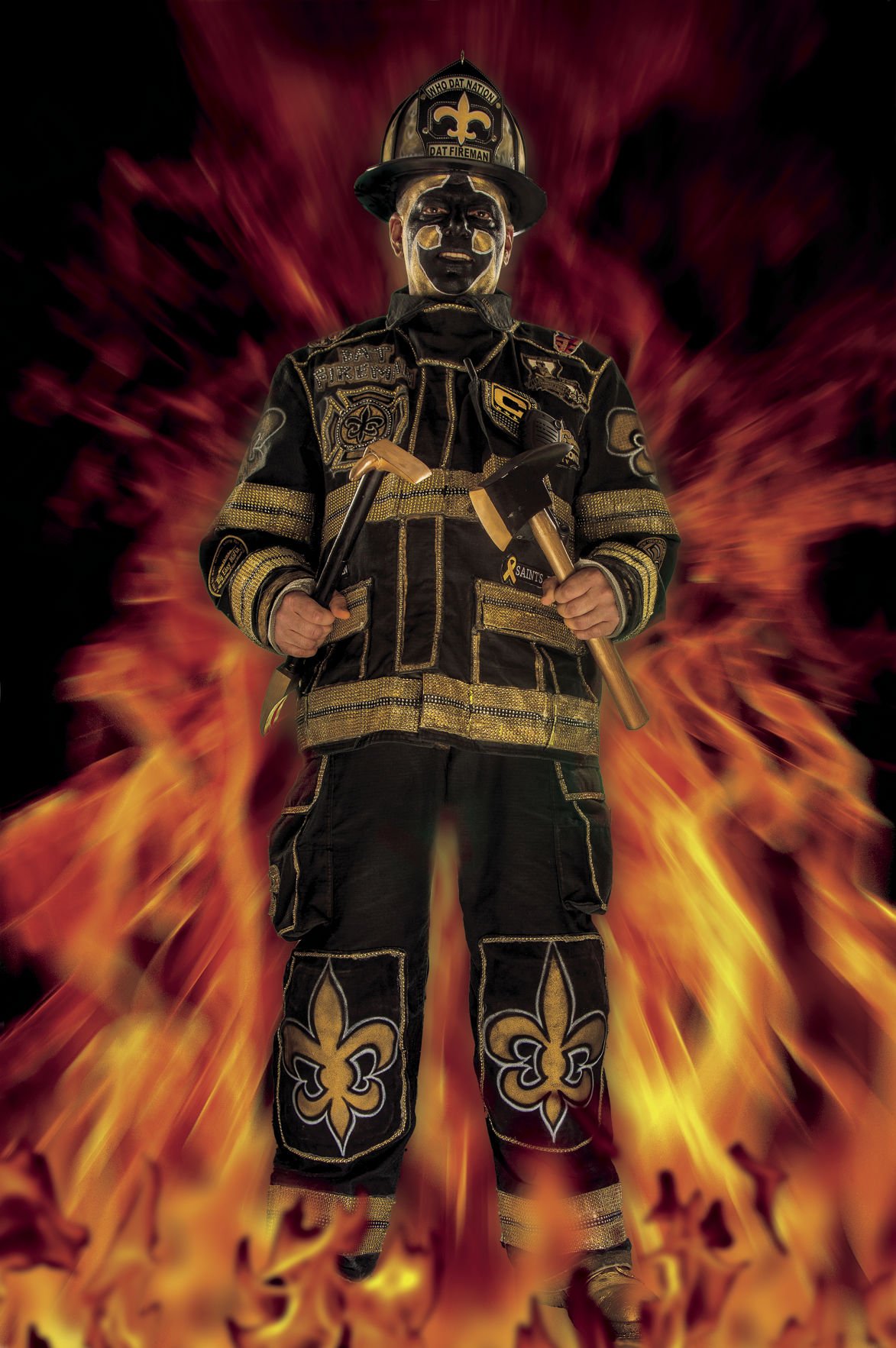 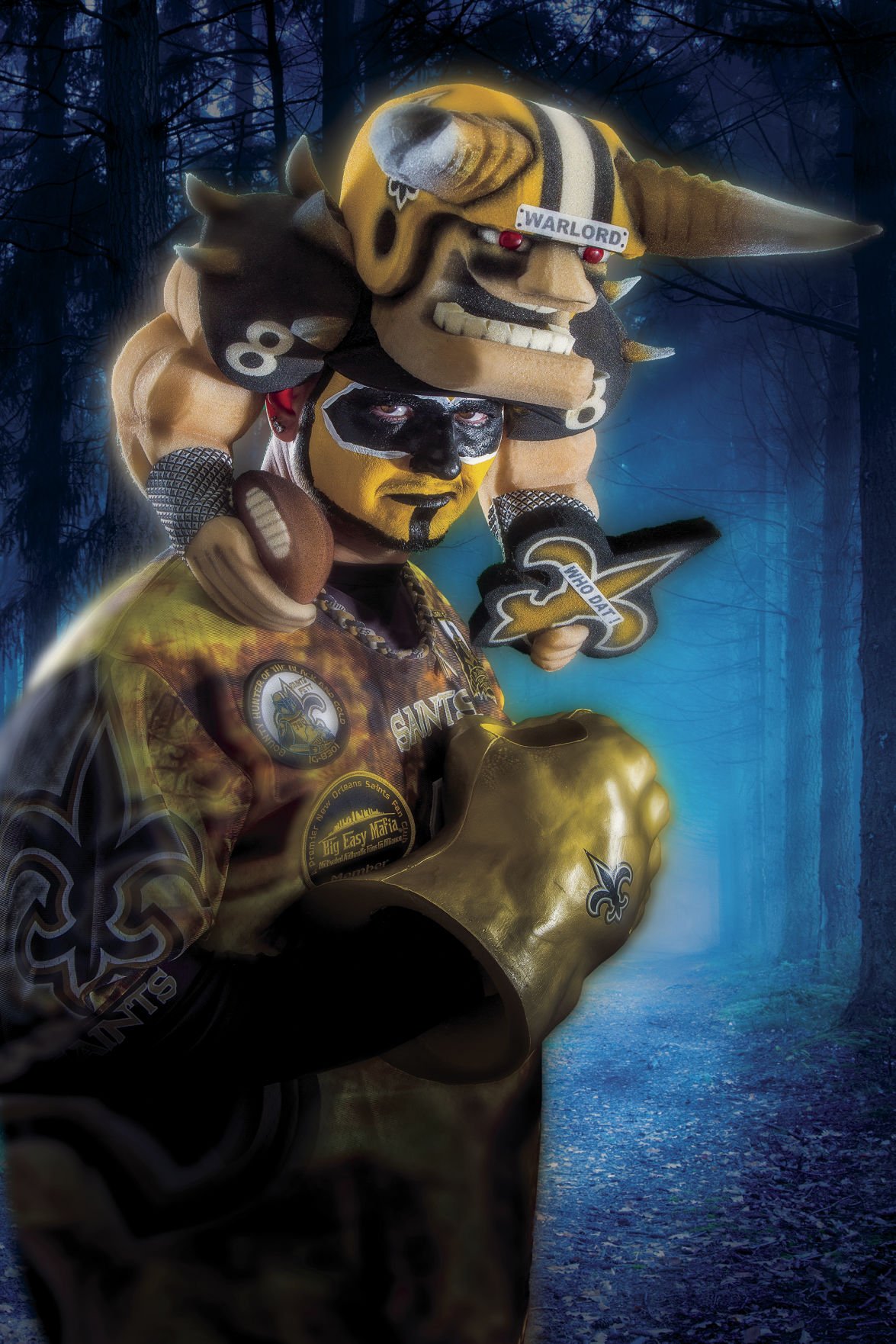 Michael Patnaude, aka Who Dat Warlord 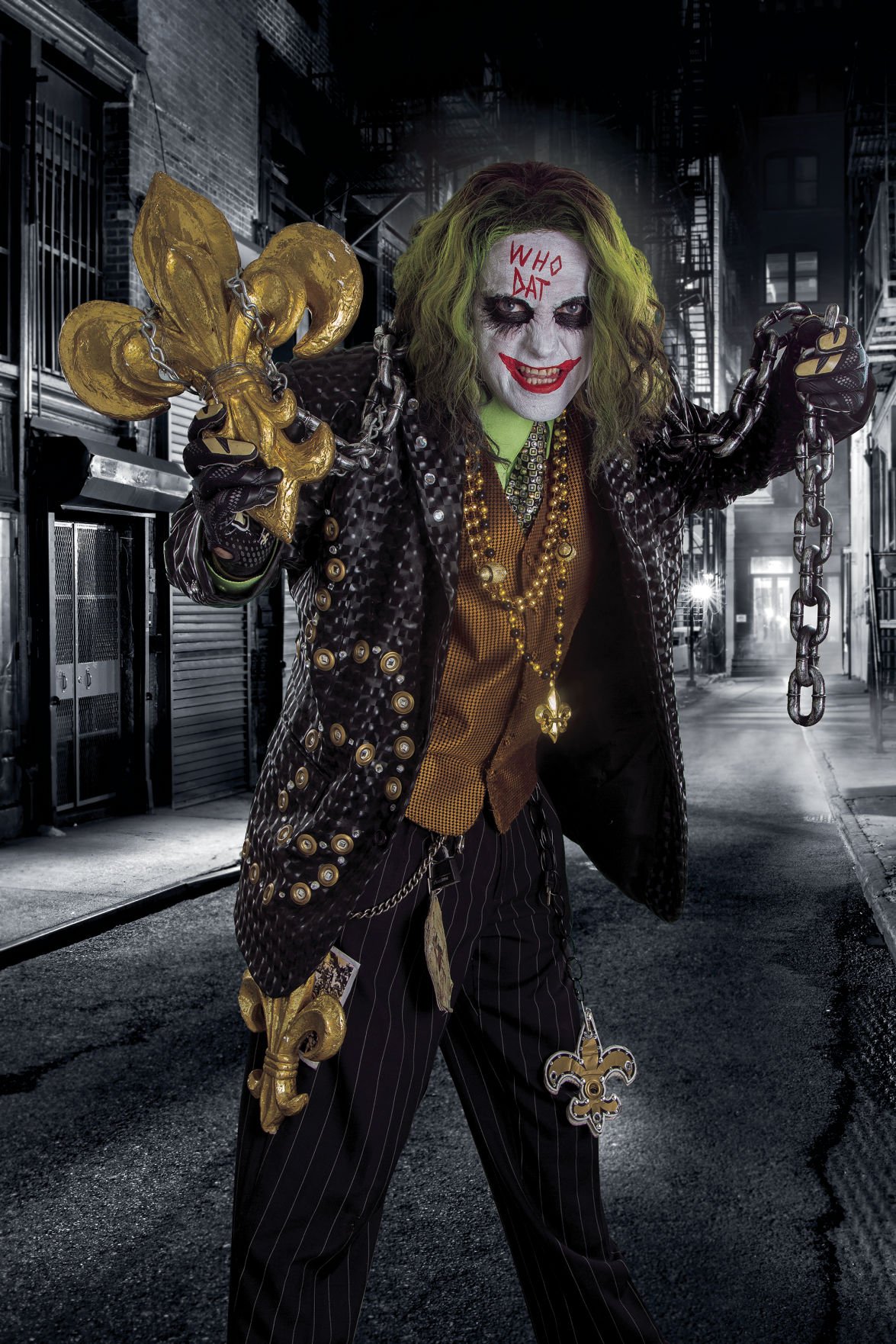 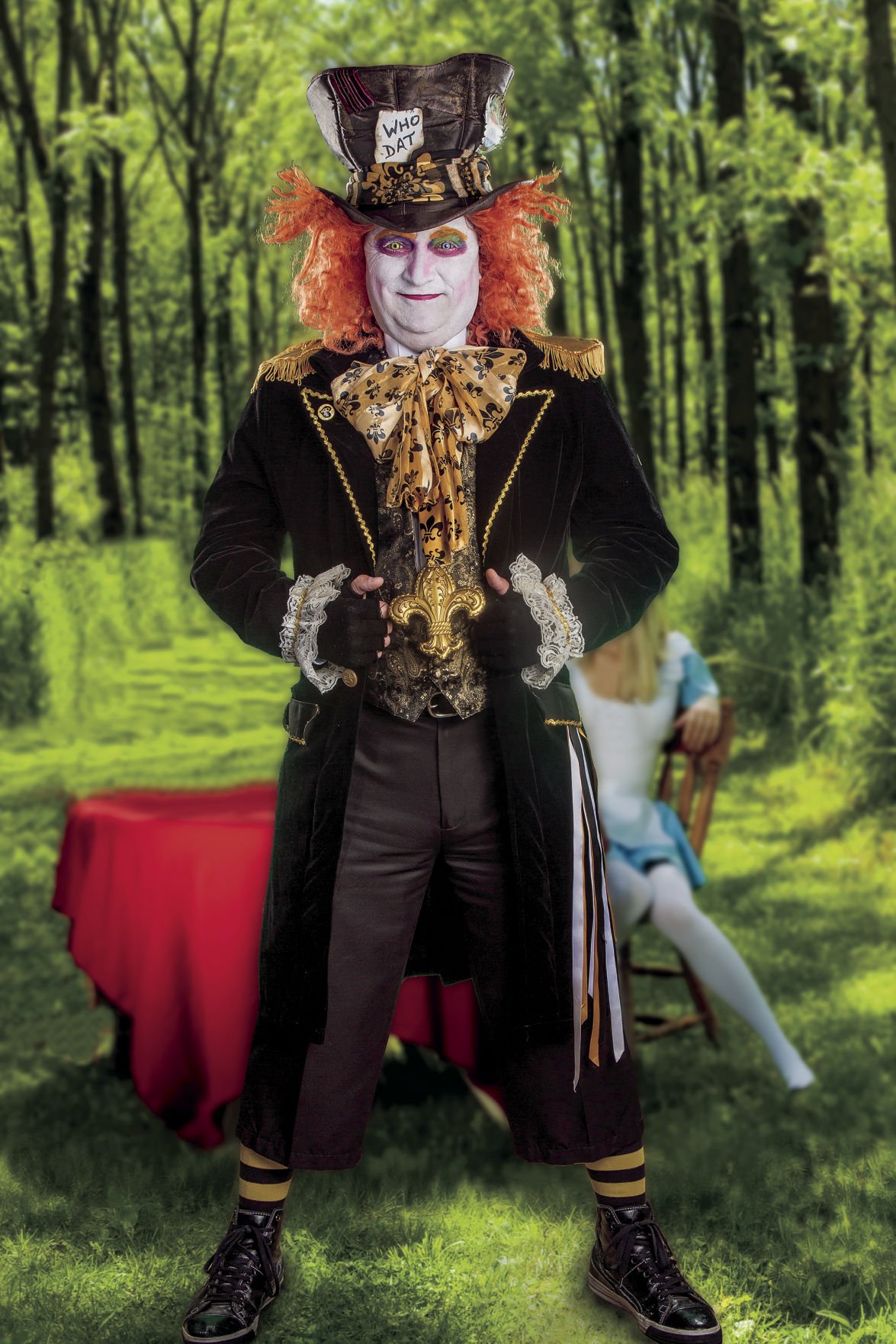 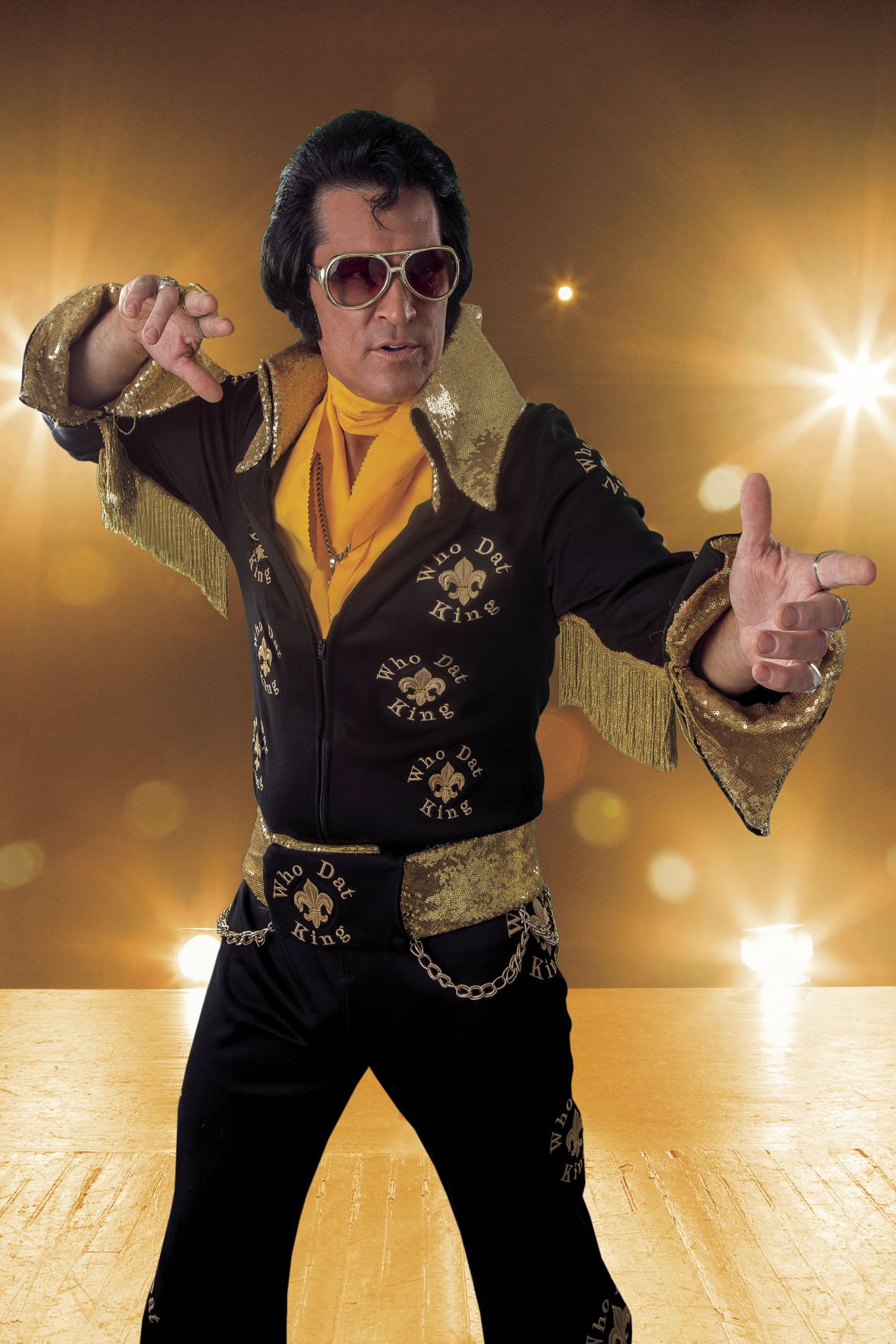 Randy Bonneval, aka Who Dat King 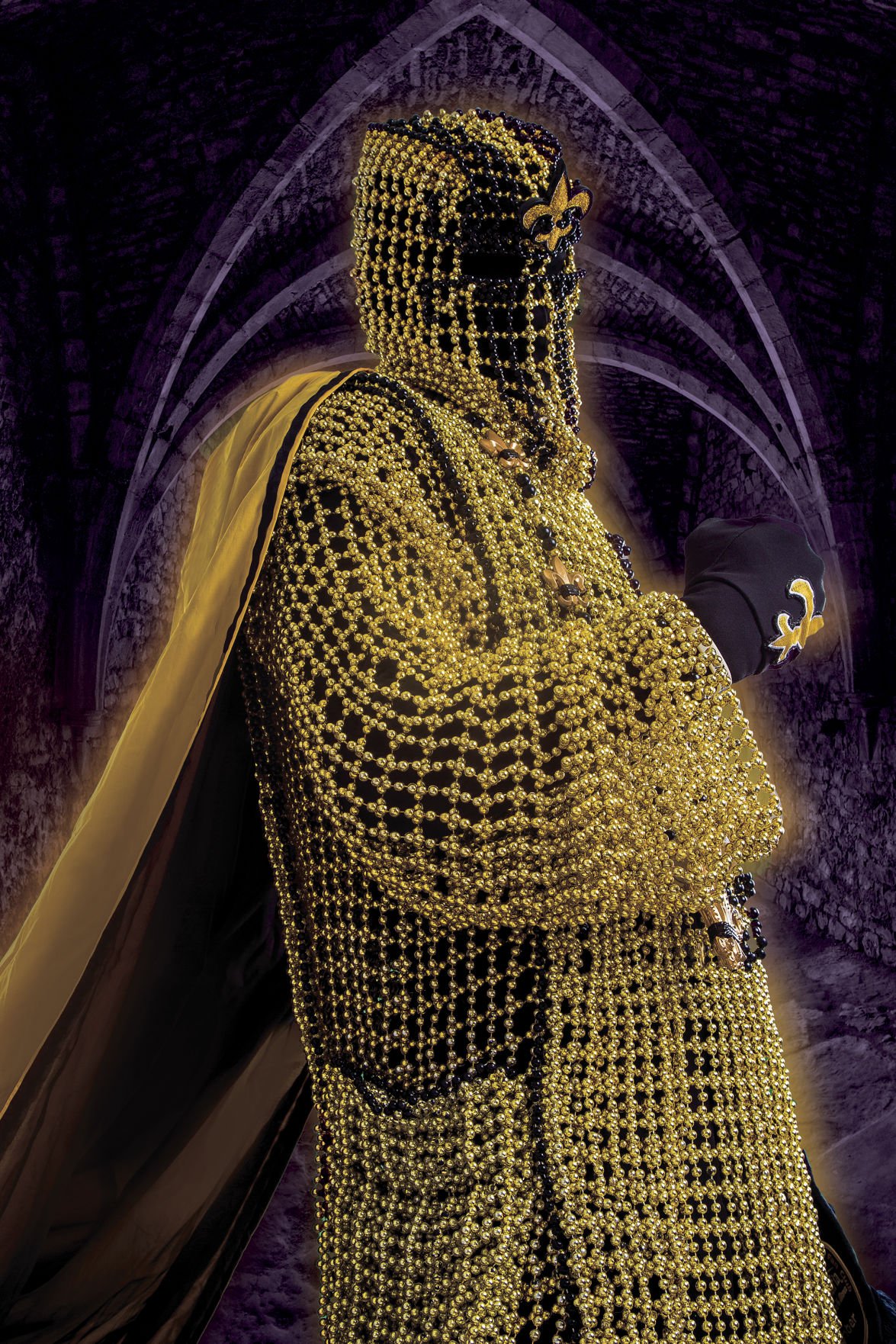 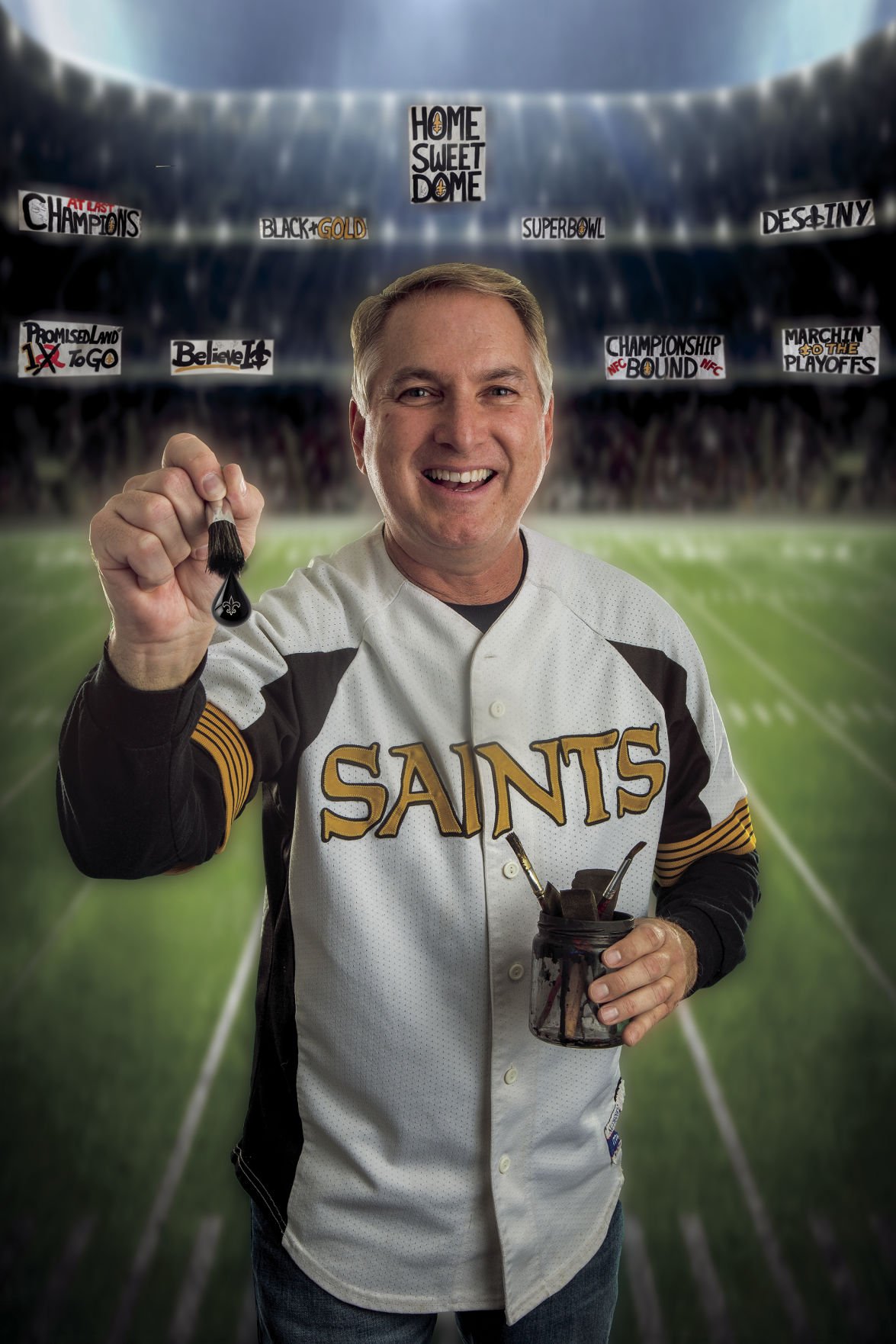 Michael Patnaude, aka Who Dat Warlord

Randy Bonneval, aka Who Dat King

When it comes to the New Orleans Saints, most fans are satisfied to throw on their favorite Who Dat T-shirt or No. 9 jersey and jeans and head to the Mercedes-Benz Superdome for a game, like Sunday's noon battle with the Detroit Lions.

Not so for Lionel Alphonso Sr., Leroy Mitchell, Greer Griffin and many, many others.

Season after season, on game days (or nights) when the football team is home in the Dome, Alfonso becomes Da Pope, Mitchell takes on the persona of Whistle Monsta and Griffin transforms herself into Fleur de Gris.

These are the folks — most of whom are decked out from the tops of their heads down to their shoes in their elaborate black-and-gold alter egos — you just have to stop, stare at and snap a picture of.

“I started noticing the fans within eyesight of where I was standing,” Calamia says. “Through the course of the last couple of years, I started noticing more and more. The people at home don't get to see them except for the ones you see on TV now and then, but there are fans that are up in the 600 level and never get on TV, and their stories are pretty amazing.”

Starting out as a picture book, Calamia soon realized these super fans’ stories were too special not to tell.

“I was amazed at the stories, their devotion, that several of them started doing it as a tribute to a family member who had passed away that they had gone to games with, so it was really heartfelt,” he says. “Plus, the fact that so many of them donate a lot of their time to charitable causes. It kind of bonds them together.”

Take the story of Larry Jehle Jr. and his brother-in-law, Barry Matherne.

Jehle was a fixture in the Dome and Champions Square in his intragalactic Saints Fett (fashioned after "Star Wars" feared bounty hunter Boba Fett) costume. At frequent appearances at charitable events for children, Jehle also showed up as Saints Fett. He was inspired to help children because of his many stays in Children’s Hospital as a child battling leukemia. As an adult, his heart began to fail him, but that didn’t keep him from the Dome on Sundays. He died in 2014 at 30. That’s when Matherne changed his mind about costuming.

“It started with a simple spray-painted fire helmet in 2009, when Matherne’s brother-in-law, the Saints Super Fan known as Saints Fett, talked him into wearing it to the game,” goes the story in the book. “Matherne decorated it with a fleur de lis and a couple Saints stickers and took his season seat at the 45-yard line. The fans and camera loved it. Sadly, just four years later, Saints Fett passed away, and Matherne made a promise to keep Fett’s work and legacy alive. A donated firefighter uniform, plenty of added bling and one ice vest later (he says it gets very warm in there), Dat Fireman was complete.”

Matherne, popular on social media, sells Dat Fireman T-shirts, giving the proceeds to families who have lost a police officer or firefighter in the line of duty.

These two are among the 50 stories and photos featured in the glossy, coffee-table book. Calamia spent a year-and-a-half capturing their portraits in various mobile-studio settings. Using green screen, he later pieced together individual backgrounds for the pictures which coordinate with the theme of the fans’ costumes.

“I went for as broad a range as I could,” Calamia says of the compilation process. “One led to the other. I roamed the Dome handing out cards one time.”

Readers will notice one noncostumed super fan, Larry Rolling, aka the Sign Man, also made the book.

“From the 1982 NFL strike, through the ‘No Mora’ period and into Super Bowl excitement and beyond, Rolling’s signs have succeeded in capturing the Who Dat Nation’s thoughts, wishes and prayers,” according to the book. “Each sign is later retired among the other fascinating Saints paraphernalia taking up the entire second floor of Rolling’s Covington home. There, you’ll even find the now-famous sign that brought tears of joy when Rolling held it high at the first home game following Hurricane Katrina: Home Sweet Dome.”

AVAILABLE: At fantasticsaints.com, Garden District Book Shop, New Orleans; the Who Dat Shoppe, Slidell, and the NOLA Made kiosk in Lakeside Mall, Metairie

In a wild one, Saints take big lead, hold on for dear life for 52-38 win over Lions

Fresh off their bye week, the New Orleans Saints needed a win over the Detroit Lions to top the .500 mark for the first time since 2013.