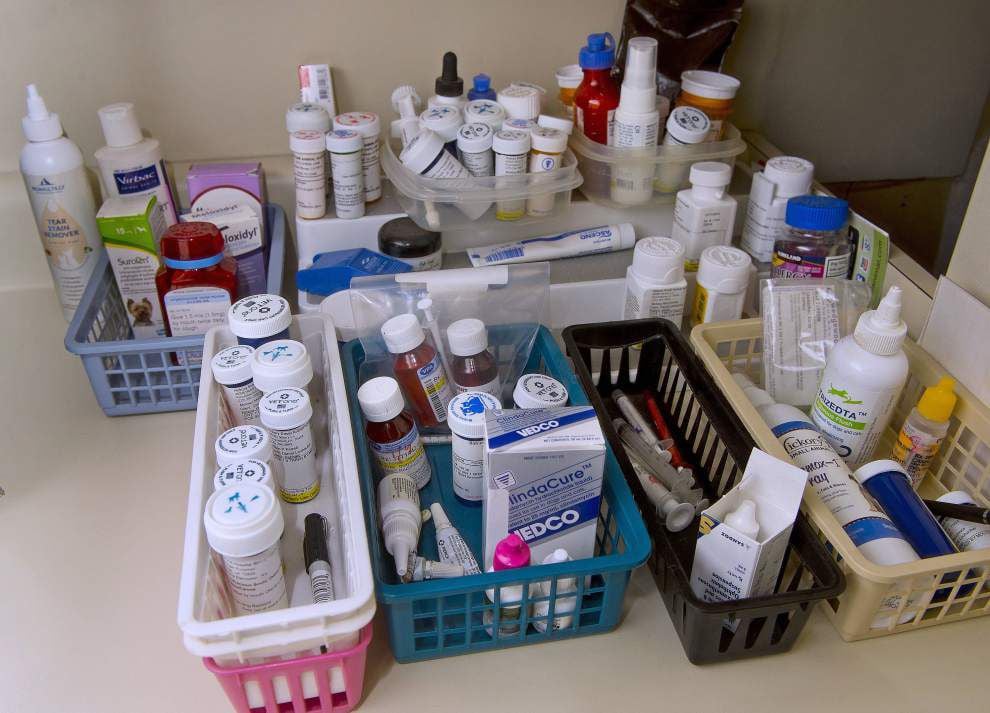 Advocate staff photo by TRAVIS SPRADLING -- Many of the dogs Diania Laubacher cares must be given medication. 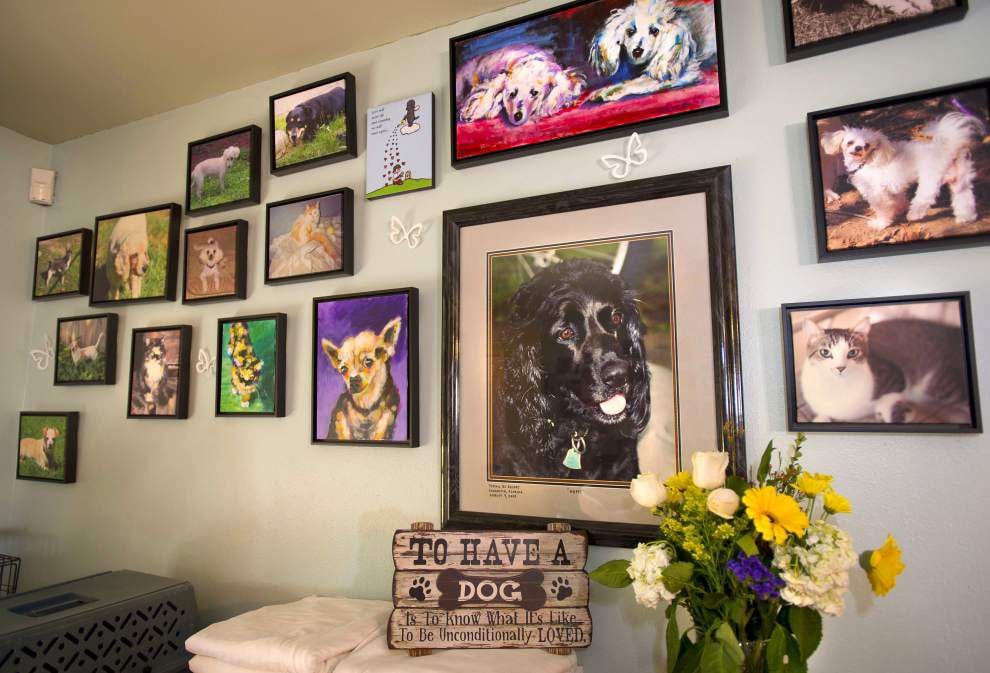 Advocate staff photo by TRAVIS SPRADLING -- On Diania Laubacher's 'Memory Wall' are photos of animals she cared for that have passed away. 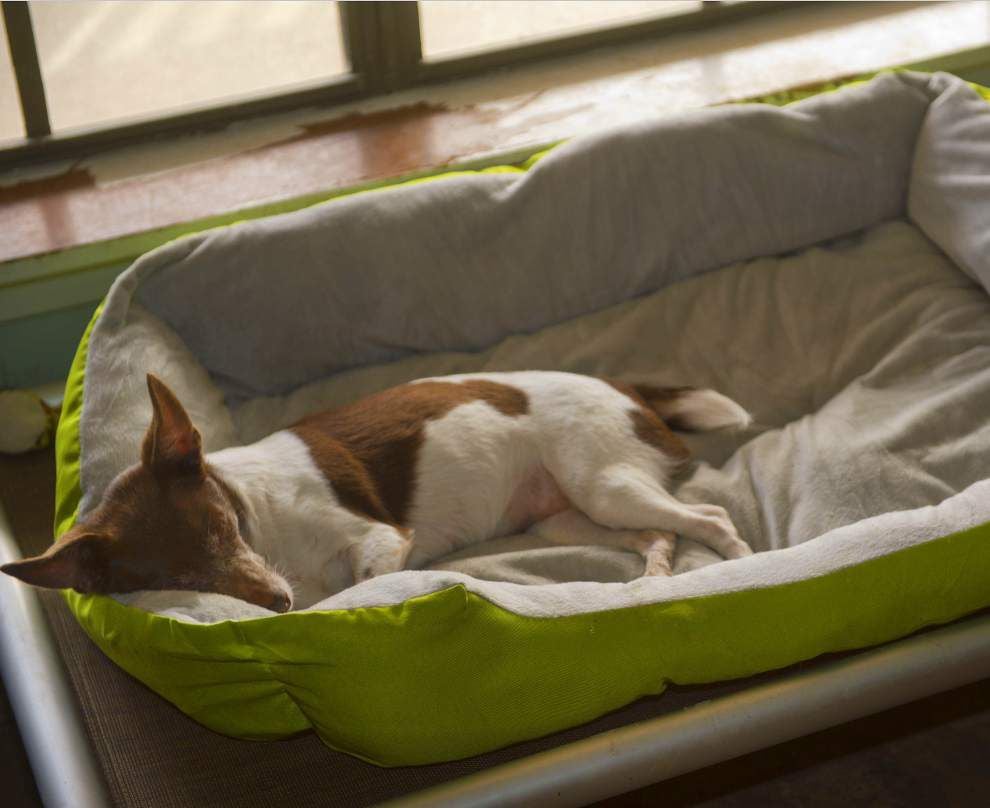 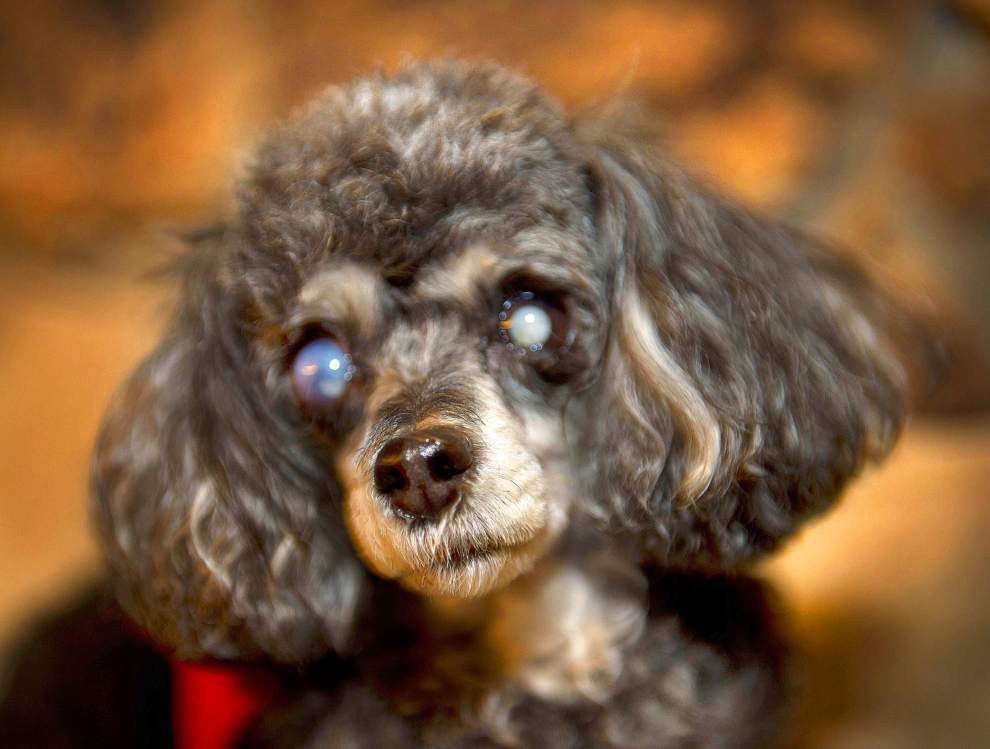 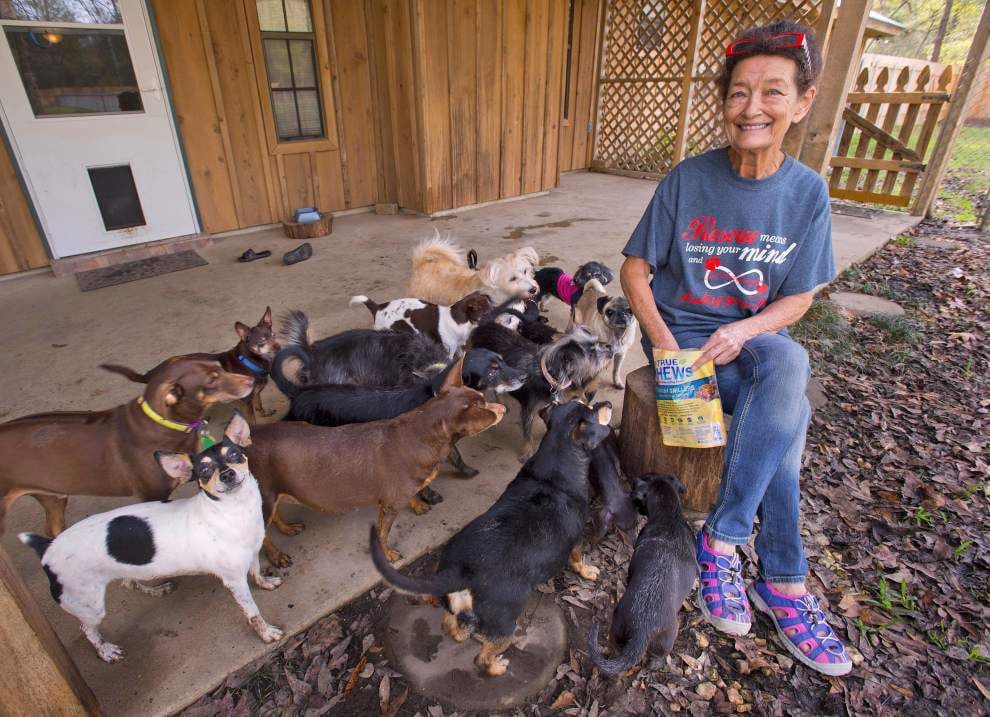 Advocate staff photo by TRAVIS SPRADLING -- Some of the two dozen dogs currently living at Diania Laubacher's Precious Souls Canine Rescue and Sanctuary wait for her to dole out treats. Her shirt reads 'Rescue means losing your mind and finding your heart.'

Advocate staff photo by TRAVIS SPRADLING -- Many of the dogs Diania Laubacher cares must be given medication.

Advocate staff photo by TRAVIS SPRADLING -- On Diania Laubacher's 'Memory Wall' are photos of animals she cared for that have passed away.

Advocate staff photo by TRAVIS SPRADLING -- Some of the two dozen dogs currently living at Diania Laubacher's Precious Souls Canine Rescue and Sanctuary wait for her to dole out treats. Her shirt reads 'Rescue means losing your mind and finding your heart.'

HAMMOND — The never-ending pet overpopulation has led to many public and private animal shelters in southeast Louisiana. Almost all of them try to find homes for these dogs and cats, some of which are even shipped to other parts of the country, so an animal’s adoptability is a critical issue.

But not at Diania Laubacher’s house. There, pets no one else wants find a home.

She calls it Precious Souls Canine Rescue and Sanctuary, and of the two dozen dogs now there, 10 are blind, one is blind and deaf, four are hospice patients and most are elderly. Some came from shelters, where they were facing certain euthanasia. Some were abandoned, including Heidi, a dachshund whose paralyzed back legs were tied together in a feces-filled diaper when she was found.

Laubacher, 65, said this is something God wants her to do.

“I accept these dogs knowing I’m not going to have them forever, but I do the best I can for them,” she said. “I do feel that I’m in the mission that I’m supposed to be.”

When her husband, Bob, died in 1999, Laubacher, a nurse anesthetist, went into a deep depression. A New Orleans native and Baton Rouge resident since 1980, she had adult stepchildren but no kids of her own, and she withdrew from life.

In 2005, Laubacher adopted a dog from a high-kill shelter, then offered to foster a dog for a rescue organization. Later, she was asked to keep five dogs for two weeks until they could be picked up and taken to be adopted in the North.

“They showed up with eight dogs,” she said. “They called me two days later and said, ‘We have a few more that can go off on the same transport if you can hold them.’ They brought seven more. So, my first real mass rescue was 15. … To make a long story short, the transport fell through, and I ended up with total responsibility for those 15 dogs.”

At the time, she was living in Baton Rouge’s Wedgewood subdivision. She got the dogs spayed or neutered and found homes for them.

But she kept finding more dogs to keep, many of which had little chance of adoption. For adoptable animals, Laubacher didn’t like the stress of finding good homes.

And she loves caring for them.

“This was one of the means that really brought me back to living and brought some life back to me,” she said. “Once you put your foot in it, it’s like quicksand. There’s no getting out.”

However, Laubacher was constantly afraid that the dogs would become a nuisance to her neighbors, particularly if someone visited at night, setting off a chain reaction of barking. Last year, she bought a house on a considerably larger piece of property in Tangipahoa Parish and moved there in August.

She installed a wooden privacy fence around the large backyard on the 2.5-acre lot and added chain link fencing to provide four play areas for the dogs. They sleep and spend most of the time in the home’s large living room, and Laubacher has a bed in a corner of the room so she can she sleep with them.

A friend, Betty Boise, comes about once a week to give Laubacher a break.

She also has a special-needs room to isolate the more physically limited dogs. A current occupant includes a tiny dog that is blind, has suffered tumors, infections and fractures from bone degeneration.

Precious Souls recently earned tax-exempt status, enabling Laubacher to take donations to pay for food, veterinary care and, after the dogs die, cremation. She posts a picture on the living room wall of every dog after it dies. There are 32 photos now. Not all of them got to spend much time in Laubacher’s care.

Twice, she rescued a dog that was in such desperate condition that she took it straight to a veterinarian to be euthanized.

“I know that when those dogs go into the shelter, they smell fear, they smell death,” she said. “All those negative things that are in a shelter, those animals sense. I did not want those two babies to have to endure that. They’re going to hold them for a few days, and then they’re going to do whatever they do to them, depending on the shelter. So, I took them, held them in my arms, talked to them, petted them while they got a shot and peacefully went to sleep.”

Laubacher has come to terms with so frequently saying good-bye to her canine friends.

“It’s not that their death is any less heartbreaking, but I know that I’ve provided those animals with the best care, with lots of love, with a soft bed, a comfortable house, enough food,” she said. “If I have them for a week or six years, they’ve gotten a lot better than they would have gotten anyplace else.

“You accept them on the terms that you know they’re not going to last. They have conditions that they’re going to die. But doesn’t everybody?”

Contact Precious Souls Canine Rescue and Sanctuary at precioussoulsrescue@gmail.com or (225) 939-1163.