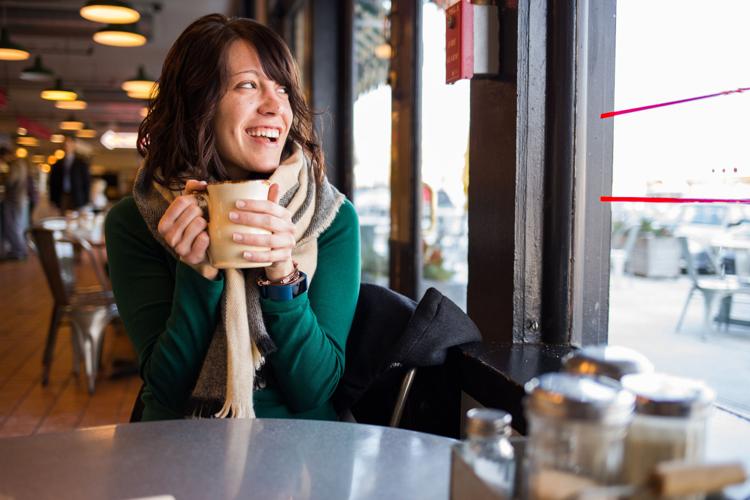 Michelle Junot, a Lafayette native, published a memoir written on her smartphone called 'Notes From My Phone (A Self Portrait in Her Twenties)'. 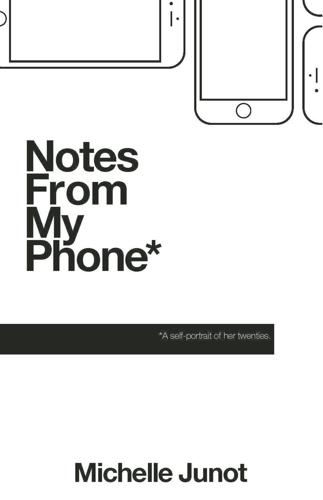 'Notes From My Phone' by Michelle Junot

Michelle Junot, a Lafayette native, published a memoir written on her smartphone called 'Notes From My Phone (A Self Portrait in Her Twenties)'.

'Notes From My Phone' by Michelle Junot

Over four years Michelle Junot unintentionally wrote a book — on her iPhone.

The Lafayette-born author's new memoir, "Notes From My Phone (A self-portrait in her twenties)," is composed of 180 notes she jotted down while stopped in traffic, sitting in class or after jolting awake in the middle of the night with a mouse terrorizing her apartment.

Junot discovered these personal notes two years ago while sitting on a plane waiting to take off and was transported to memories of formative moments in her life — relationships beginning and ending, a death in the family.

"We’re carrying little time capsules in our bags," says Junot, 28. "I’m glad I discovered it. It was such a startling discovery on the plane. It’s the kind of moment when you hope no one is looking over your shoulder because it’s so uncomfortable."

These formerly private notes created a universal story of a modern young woman's journey through her 20s. There are shopping lists that relay her losing battle to remember to buy contact lens solution and long essays typed out to help Junot wade through her feelings on an unraveling romantic relationship or learning that her grandmother died.

"My heart is breaking," she writes early on, "and you're the only one I can talk to.

"Mostly because you're hypothetical."

Some short fragments of thought read like poetry. In the middle of the night — each note is time-stamped — Junot often writes revealing prayers shaped by her Catholic upbringing.

At 10:02 p.m. one night, she types, "God, I'm avoiding you. Because facing you means facing the fact that this is part of your plan. That you're okay with my hurting."

Some days, Junot writes with humor about her hectic life.

Writing is a "coping mechanism" for Junot, a way to sort through jumbled thoughts. It is also her art. She wrote most of the book while earning a graduate degree in creative writing at the University of Baltimore.

"Because I write everything, I kind of had the fortune of all these notes to pick from," she says.

Born and raised in Lafayette, Junot began writing as a teen, keeping journals full of "angsty bad writing," she says. Double majoring in communications and dance at Centenary College in Shreveport, she first took creative writing classes. Then she enrolled in the master of fine arts program in Baltimore.

While writing constantly for class, she naturally used her phone to record her own thoughts — "trying to write in the margins of life," she says poetically. Growing up texting and carrying her phone everywhere, it was just natural to use the notepad application in her phone as an ongoing journal.

After she discovered the story in her notes, she shared them with friends and on her blog online. A friend who ran Mason Jar Press, a small publishing company, wanted to publish them as a book.

Together they edited them down from 500 notes to about 180. They culled notes with a "self-indulgent and totally woe is me" tone, Junot says.

They tried to create a rhythm among the notes, some short lists, some impressionist observations that create short poems and essays. Over 205 pages, they form a story of a woman building confidence, learning her craft and establishing her place in the world.

In the last note, she writes about the awkwardness of reading her past thoughts.

"I remember that girl tossing and turning and begging for sleep," she writes. "And in a lot of ways I'm that same girl tumbling, tumbling, tumbling over herself, but there's a joy in it that keeps me from worrying about the eventual fall."

"I lost all that I was sure of," she writes, "but gained everything I didn't realize I was searching for."