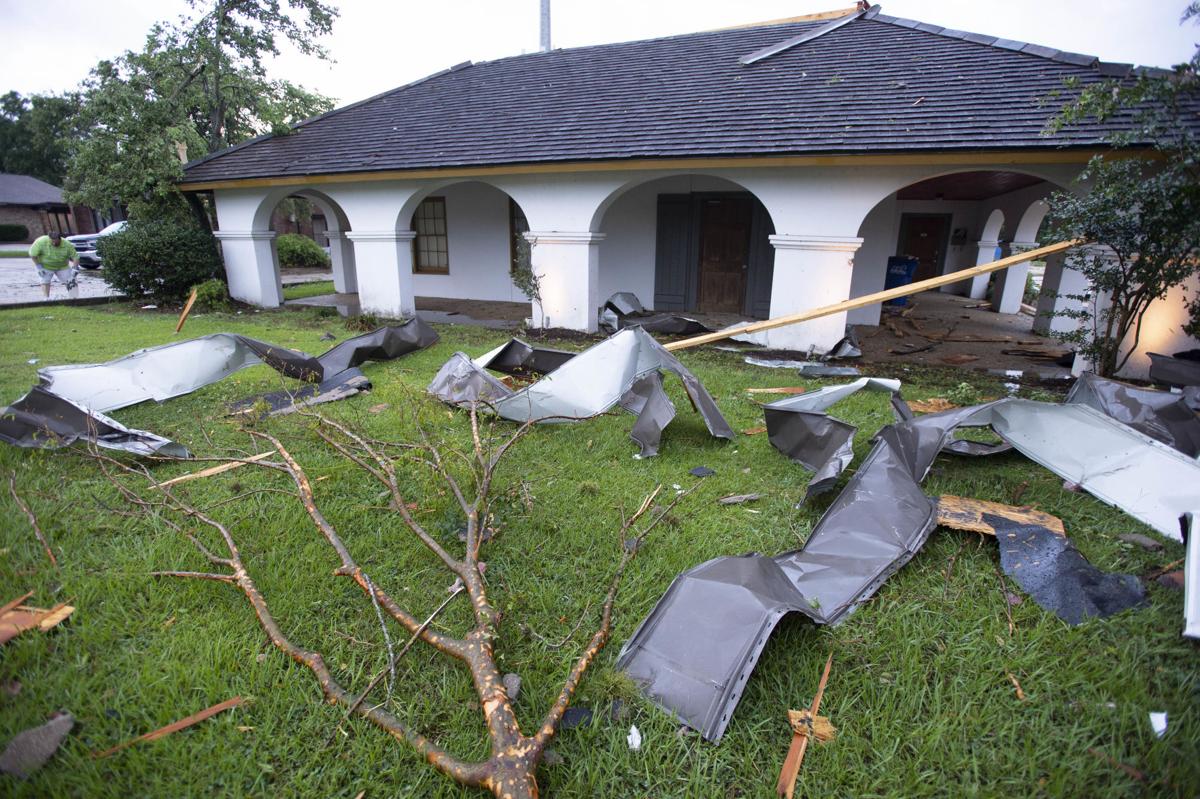 A downed tree and debris litter the lawn in front of an office building on One Calais Ave., after early morning high winds scattered debris, much torn from building roofs along One Calais Ave., onto I-10 East lanes, Wednesday, June 24, 2020. 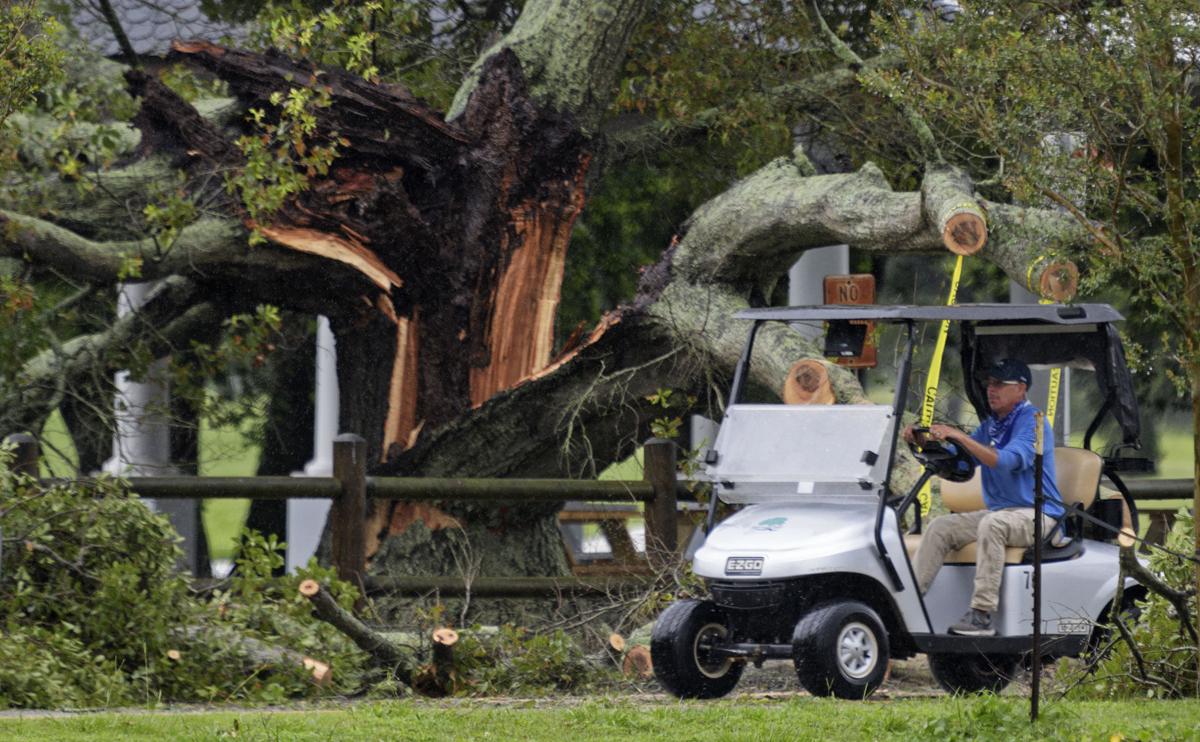 A golf cart passes a downed tree that has been cut from the roadway on Filmore Ave. in City Park after a hard rain in New Orleans, La. Wednesday, June 10, 2020.

A downed tree and debris litter the lawn in front of an office building on One Calais Ave., after early morning high winds scattered debris, much torn from building roofs along One Calais Ave., onto I-10 East lanes, Wednesday, June 24, 2020.

A golf cart passes a downed tree that has been cut from the roadway on Filmore Ave. in City Park after a hard rain in New Orleans, La. Wednesday, June 10, 2020.

This summer, we’ve enjoyed dinners outside, eating beneath a big elm that shades us from the last light of each dying day.

But that’s all over now. An afternoon storm ripped the elm in two, sending half of it to the ground. Some of the tree rests on our roof, which seems otherwise OK, though we won’t know for sure until the debris is removed. We’re all in one piece, which counts for everything.

We’re waiting for someone to remove the mess, and that will mean a big check to write. There’s another kind of loss we can’t put a price on.

When you live among trees, they become the fixed stars in the firmament of your daily life. As I pull into our driveway, the absence of the elm from our tree line looms like a missing tooth. Much of the elm’s canopy lies on our patio. Birds flutter within the tangle, not quite sure what to make of their eviction. They’ll have to go live somewhere else. I sometimes wonder about going to live somewhere else, too.

Mostly, I feel lucky to live in a neighborhood shrouded by trees. They bring birds, squirrels and shelter from the heat, which can be brutal in Louisiana. It’s humbling, too, to walk each day under the shadow of a living thing so much bigger than you. Those huge limbs, like a divine open hand, tell me how small I am.

But my romance with trees dims each summer as storms thunder across steamy afternoons and the threat of hurricanes darkens the news cycle. Worrying over the weathercast, I begin to dream of what life might be like in a treeless suburb — the bright green lawns as neat as pool tables, with nary an oak, pine or cypress to blow down in an angry wind.

Maybe I’ll end up moving to such a place one day. For now, I suppose, I’ll continue to live among blocks of big trees, coming to terms with an abiding mystery of nature. It’s a simple yet vexing reality — namely, that the most beautiful things in creation have a darker side, too.

This has been a year to think with a sharpened sense of puzzlement about the complicated planet we live on. A global pandemic forced millions to stay at home for weeks, and in the lull, more of us noticed the grand view beyond the backyard window: the arriving robin, a new tomato, the sublime slant of light as dusk tiptoes across the grass. Yet, the very thing that brought us home to see with new eyes was a deadly virus that’s caused untold physical suffering and economic ruin.

Danny Heitman's 'At Random': Tired of the news? Take a break in a Louisiana garden

I wonder about all of this as I see the stretch of sky our elm has left in its passing. Maybe that space will help me remember, in some future summer, that life and loss go hand in hand.

In a year gripped by pandemic, many of us have been paying more attention to backyard nature on homebound days, a small consolation in a troub…