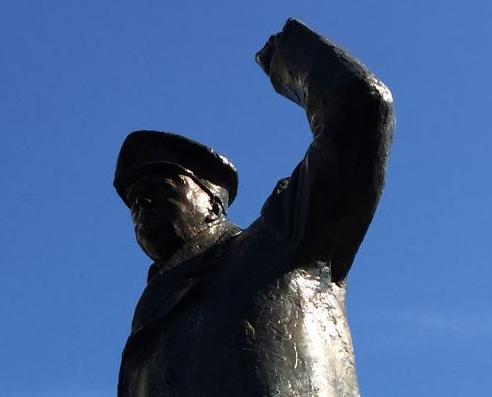 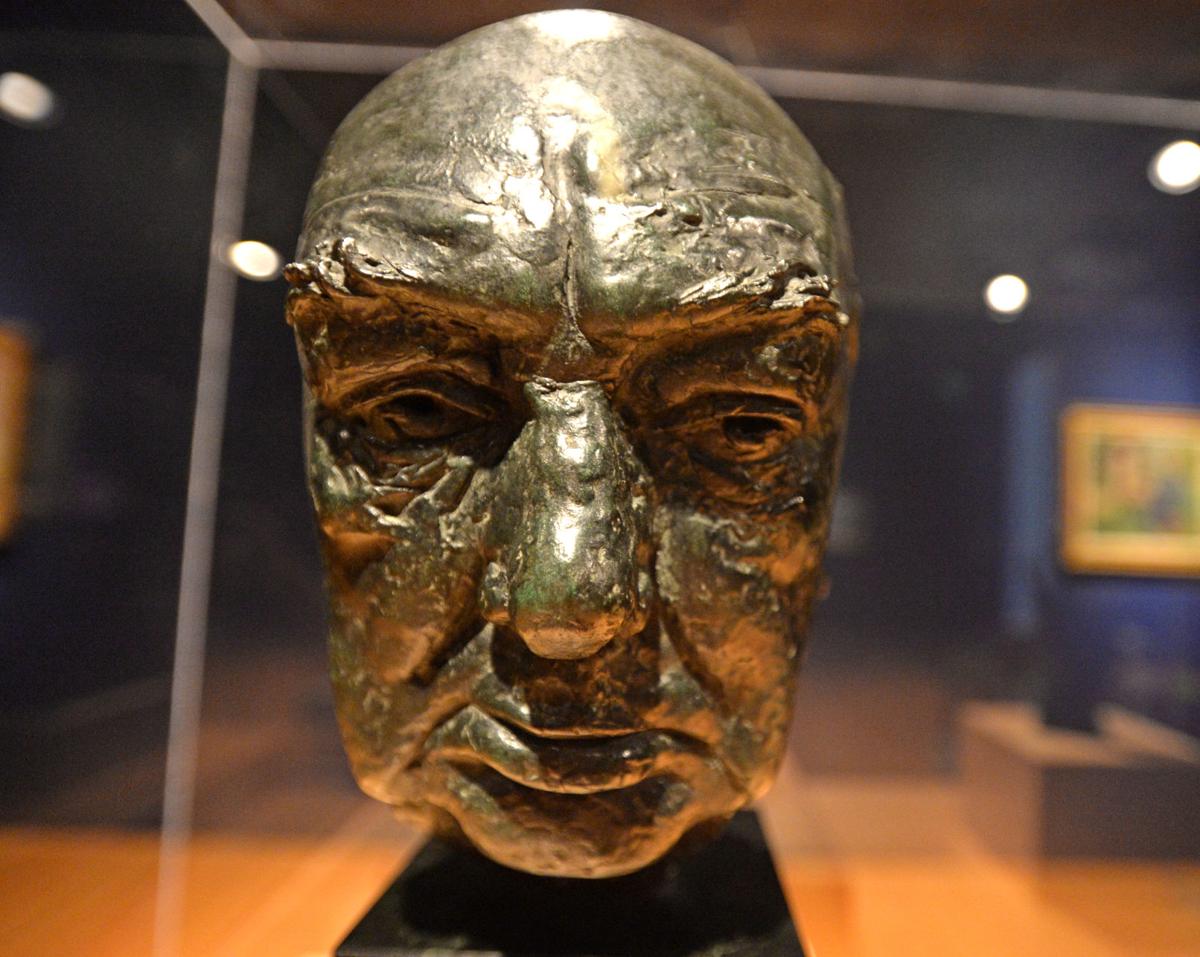 A bust of Winston Churchill, by David McFall, is seen on Tuesday, Jan. 14, 2019, at the Hilliard Art Museum.

A bust of Winston Churchill, by David McFall, is seen on Tuesday, Jan. 14, 2019, at the Hilliard Art Museum.

In the first winter after my wife and I began our life together, I realized, to borrow Lady Diana’s phrase, that there were three of us in the marriage. I was sharing my household, as it turned out, not only with my new bride, but Harry Truman, 33rd president of the United States.

Danny Heitman's "At Random": Home for the pandemic, I'm noticing more things in my Louisiana yard

Each night throughout that long, cold season, my wife would fetch from her nightstand “Truman,” David McCullough’s massive — and massively splendid — biography of the former commander-in-chief. Mr. Truman was an affable enough rival for my wife’s attentions, so I couldn’t complain. Eventually, he migrated to my nightstand, proving good company as I followed him through his Missouri days, his ascendance to the Oval Office, and his fateful decision to drop an A-bomb on Japan. It was easy to see why my wife was enthralled.

A quarter of a century later, we’re still taking political biographies to bed with us — a practice that hasn’t seemed to hurt our marriage and might well be sustaining it. When you end your day by considering what great leaders have to deal with, it helps put your own problems in perspective.

In these anxious days of a pandemic, the Churchills have been talking us to sleep. I’ve been reading as my bedtime book “The Splendid and the Vile,” Erik Larson’s new bestseller about how Winston Churchill led his country through the German bombings of London in the early days of World War II. My wife tries to close the evening with “Clementine,” Sonia Purnell’s book about Churchill’s formidable spouse.

Danny Heitman's 'At Random: In an anxious pandemic spring, Louisiana waits for summer

We’ve been thinking about the Churchills since taking an anniversary trip to London last fall. Strolling around Parliament Square, we saw Winston’s huge statue, an imposing monument defiled that Saturday by a splotch of pigeon droppings across the old prime minister’s scalp. Churchill would have laughed at that, I thought — the ideal of nobility soiled by the profane, which is a fair working definition of politics.

One of the points of Larson’s book is that while we think of Winston Churchill as a mythic figure, his ambitions required him to toil in the grubby vineyards of representative government, a calling that spares no one a few bruises.

When Churchill became prime minister in 1940, King George VI privately suggested regret that someone else hadn’t gotten the job. Across the Atlantic, President Franklin Roosevelt’s cabinet was skeptical about Churchill’s ability to lead. He was panned as an old man who drank too much.

But lead he did, as my wife and I were reminded last year when we visited Churchill’s underground war rooms, now open as a museum. What you think about, walking through those dark halls, is how uncertain life must have seemed back then. No one knew how things would turn out, but they bet on the future, as we’re doing now.

Danny Heitman's 'At Random': Amid darkness, Easter brings promise of renewal to Louisiana and the world

Such times require a gambler’s spirit, which Winston Churchill had in spades.

Danny Heitman's 'At Random': Working with kids at home? My mother knew how you feel

This spring, I joined millions of Americans in working remotely to help dampen the pandemic. As I began working from home, the first face I sa…