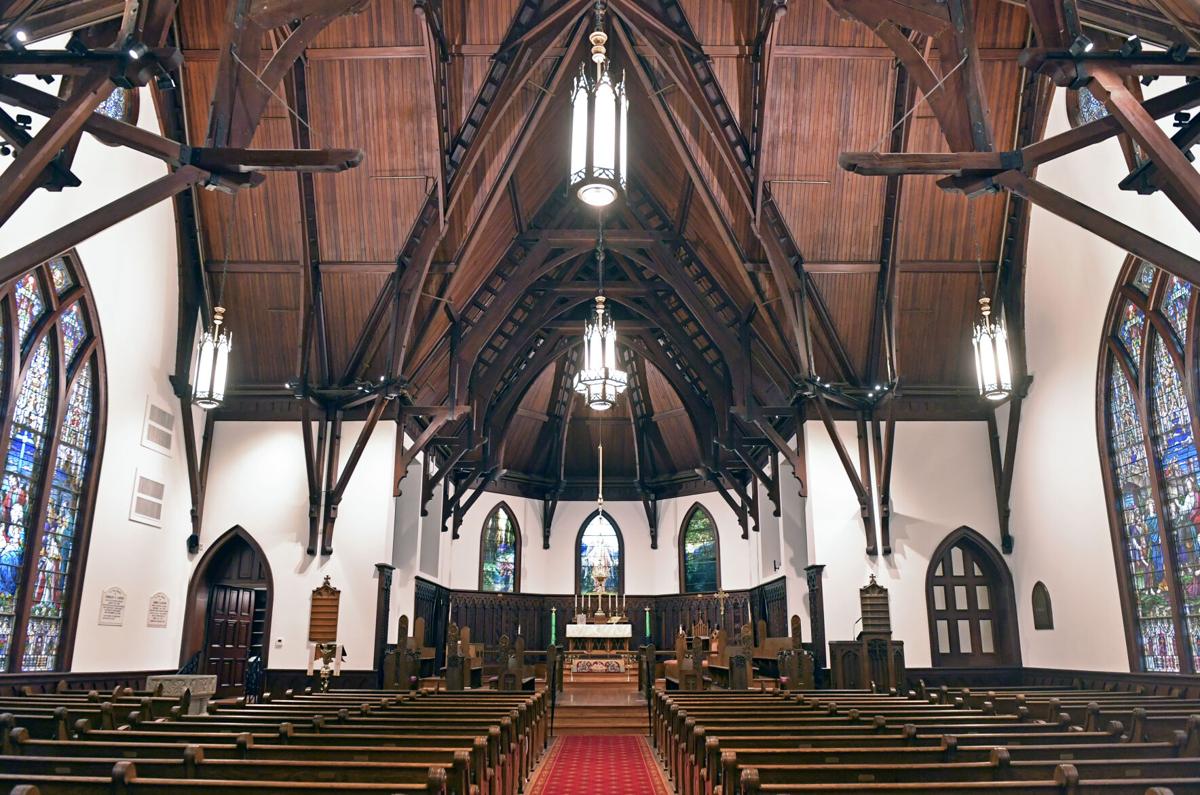 The once-dark sanctuary at St. James Episcopal Church now shines after renovations improved the lighting in the 125-year-old worship space. 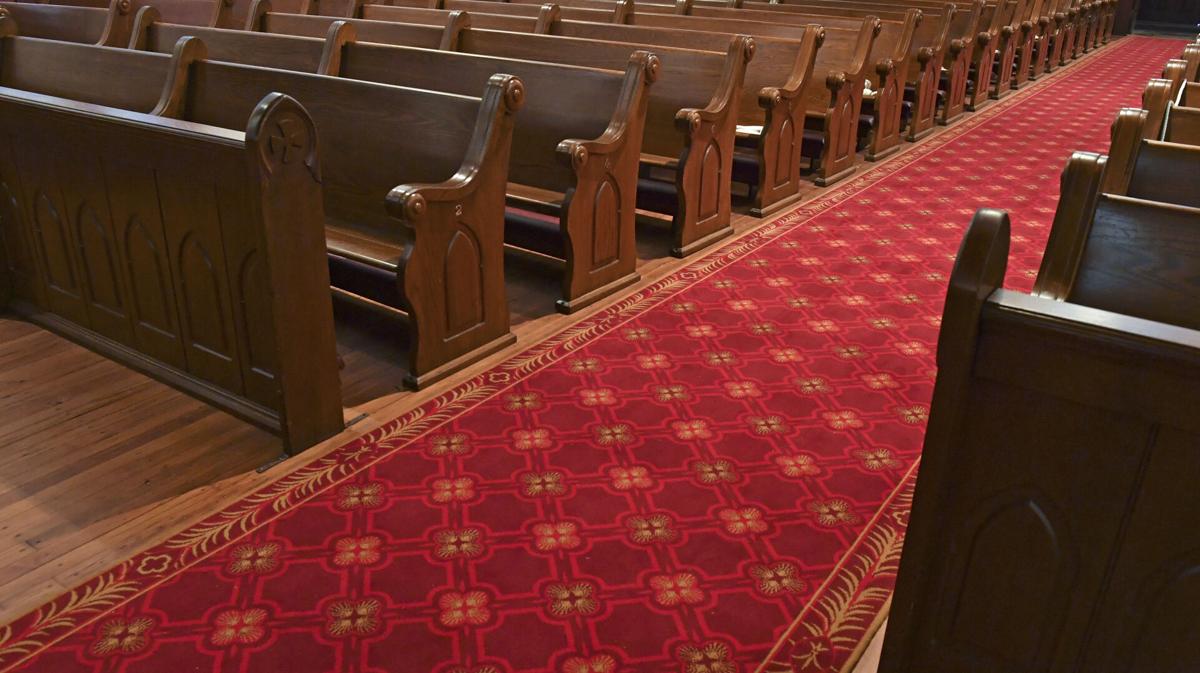 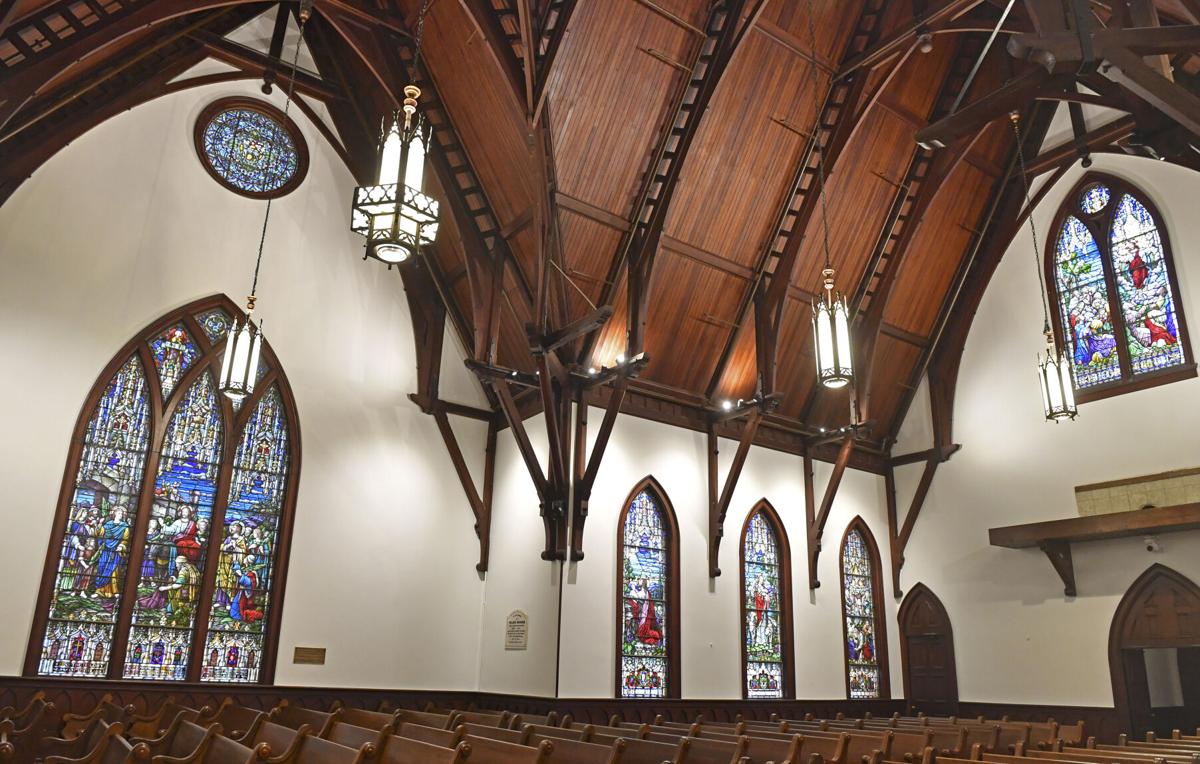 LED lights were installed in many of the original light fixture, giving the sanctuary of the newly renovated St. James Episcopal Church a much brighter appearance. 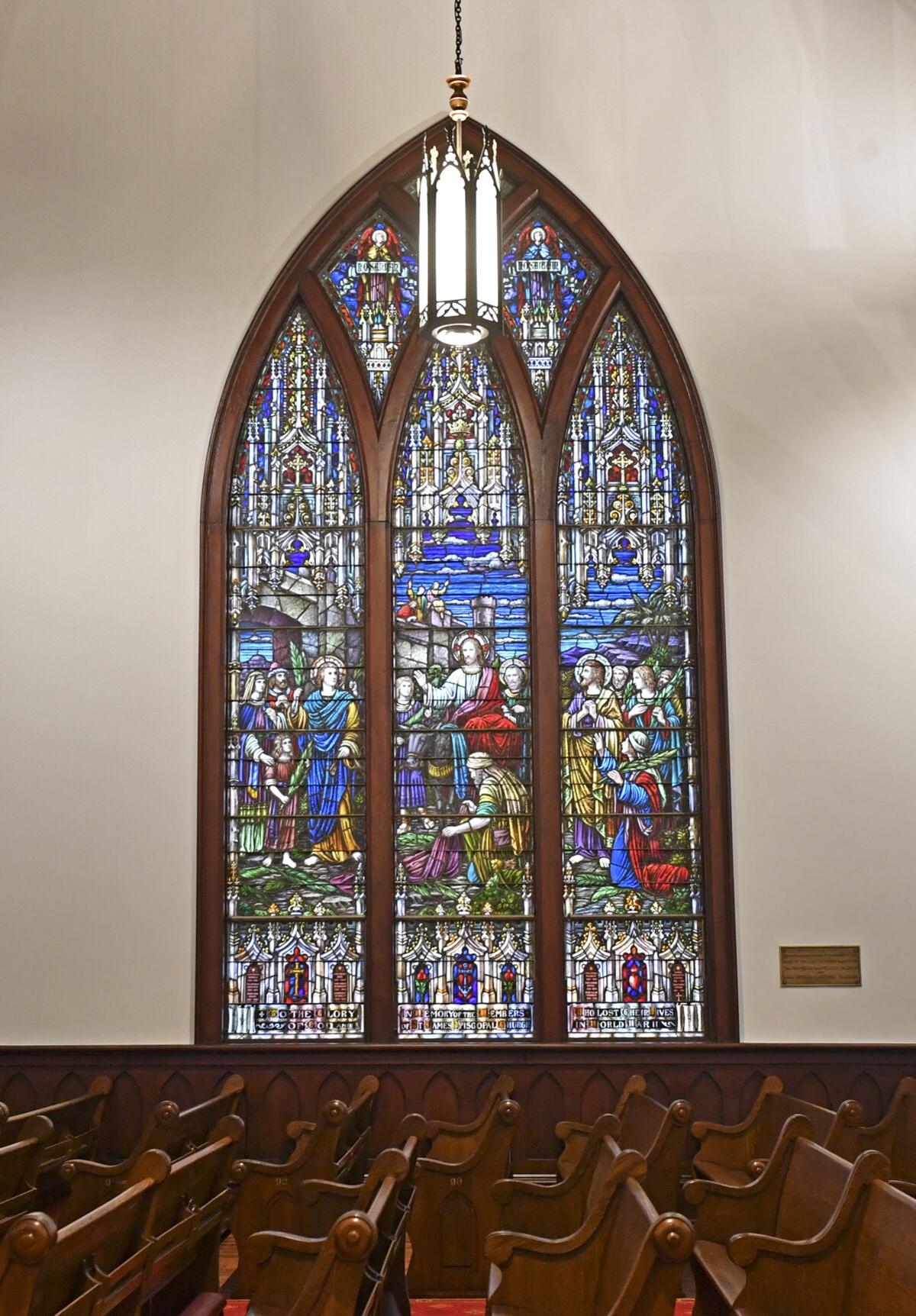 The once-dark sanctuary at St. James Episcopal Church now shines after renovations improved the lighting in the 125-year-old worship space.

LED lights were installed in many of the original light fixture, giving the sanctuary of the newly renovated St. James Episcopal Church a much brighter appearance.

The first words God spoke in the Bible were “Let there be light.” As members of St. James Episcopal Church return to their renovated sanctuary, that may reflect their first impression.

A lot was done to preserve and restore the 125-year-old worship space in downtown Baton Rouge, but the most obvious is how bright the once-dark Gothic Revival interior now is.

“People’s breath is taken away when they come in and see it,” said the Rev. Chris Duncan, rector at St. James. “Everyone that walks in, the things that stand out are the floors, the ability to see the ceiling, which you could not do before, and how clean and crisp it looks.”

The project — the first wall-to-wall, floor-to-ceiling renovation since the church was built in 1895 — follows exterior work that began after Hurricane Gustav damaged the roof in 2008, creating leaks. More recently, mortar supporting the bricks was replaced to better waterproof and protect the structure.

That work finished as Duncan became rector in 2018, and attention turned to the interior. The wiring, over 50 years old, needed to be replaced; wall plaster had water damage; and the white walls had grayed due to age and water leaks, Duncan said. The circa-1975 organ and the heating and air conditioning system both needed replacing, and the lighting was poor.

“You couldn’t see the ceiling. It was dark,” Duncan said. “There was only light shining down, so they blinded you when you looked up. It was also a fire hazard because we didn’t have any kind of sprinkler system.

"All of these things started adding up, so we said the time now was not to do a small campaign but to do a larger campaign to fix the church.”

Lisa Coco Hargrave was the lead architect on the project along with Chris Doiron and Liz Spedale at Tipton Associates.

The interior work has cost about $1 million, Duncan said, and the new pipe organ, which has not been installed, will cost about $900,000.

St. James will have its first worship service in the sanctuary at 205 N. Fourth St. on Sunday, though COVID occupancy restrictions mean that only those who have preregistered can attend. For those who want to see the renovations, open houses will be held from 9 a.m. to 10 a.m. Monday and noon to 1 p.m. Tuesday.

And what they will now be able to see — with the addition of new LED lighting that nearly doubled the lumens of the light fixtures and directed lights — are the elaborate wooden arches of the ceiling.

What they probably won't see are the new sprinkler pipes, which have been painted dark brown to blend in with the woodwork.

“It may seem like a small feat, but getting these sprinklers in here and not having them not really very visible is certainly something we’re really proud of,” Hargrave said. “We actually went through nine paint samples to figure out one. The wood varies in color.”

The most noticeable wood, however, may be the floor, which has been entirely carpeted since at least the 1950s, Duncan said.

The carpet was removed, the original wood floorboards restored by Paul Allen Flooring of Baton Rouge, and the walkways covered by a new, custom carpet filled with symbols of spiritual imagery: fleur de lis to symbolize the Trinity, wheat to represent the bread of Christ, quatrefoils in honor of the four evangelists, red to represent the blood of Christ, and martyrs, gold for the resurrection. Church members chose the symbols they wanted, and Avenue Rugs in Mandeville designed and made the floor coverings.

“I just love the symbolism that can be brought out in church work,” Hargrave said.

From homeless to hopeful: Empower 225 helps young people who have slipped through society's safety net

Removing carpeting can have a dramatic effect on acoustics, and the sanctuary already had issues with voices bouncing off the walls. The church brought in acoustical engineer Richard Boner from Dallas, who repositioned the speakers to solve that problem.

“What we expect with the sound in here when it’s full of people that we’ll be able to hear the spoken word better and the music will be heightened by the extra reverberation,” Hargrave said.

Hargrave hopes those who visit will share her feeling of inspiration. Her architecture work doesn’t typically involve churches.

“It’s really been an honor for me to be involved in the process,” she said. “It’s really the highlight of my last few years.”

It's a tale — to borrow a phrase — as old as time. Two strangers meet and become inseparable.