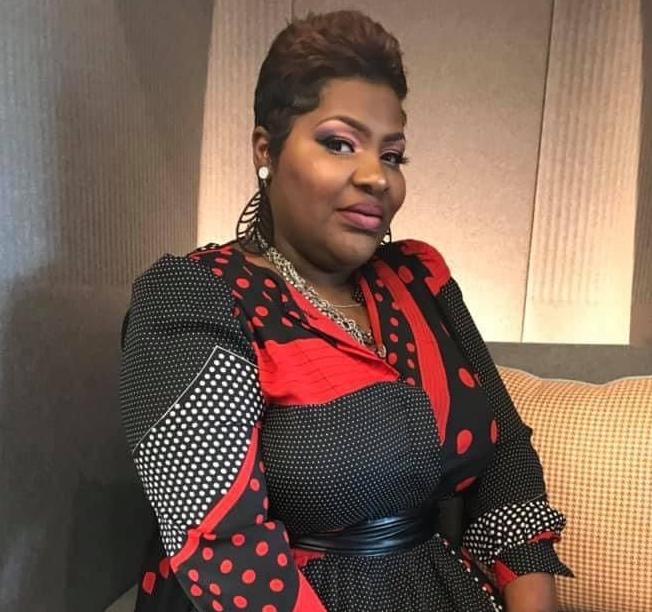 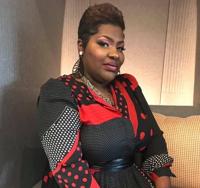 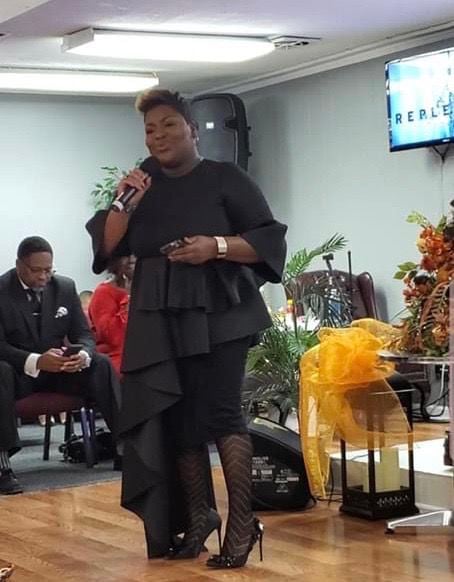 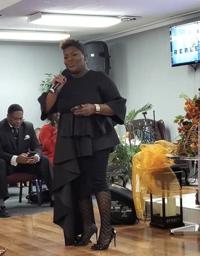 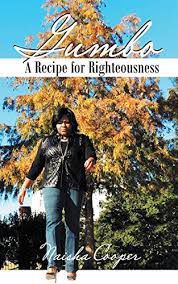 'Gumbo: A Recipe for Righteousness' by Naisha Cooper 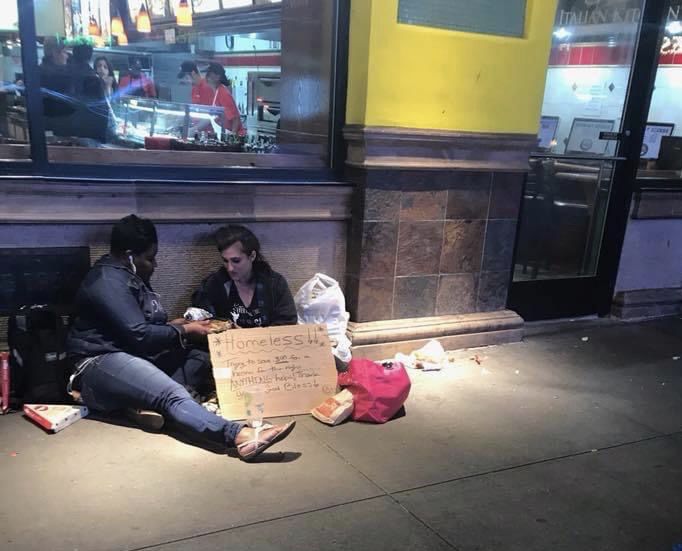 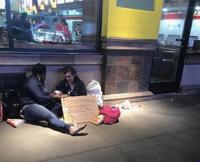 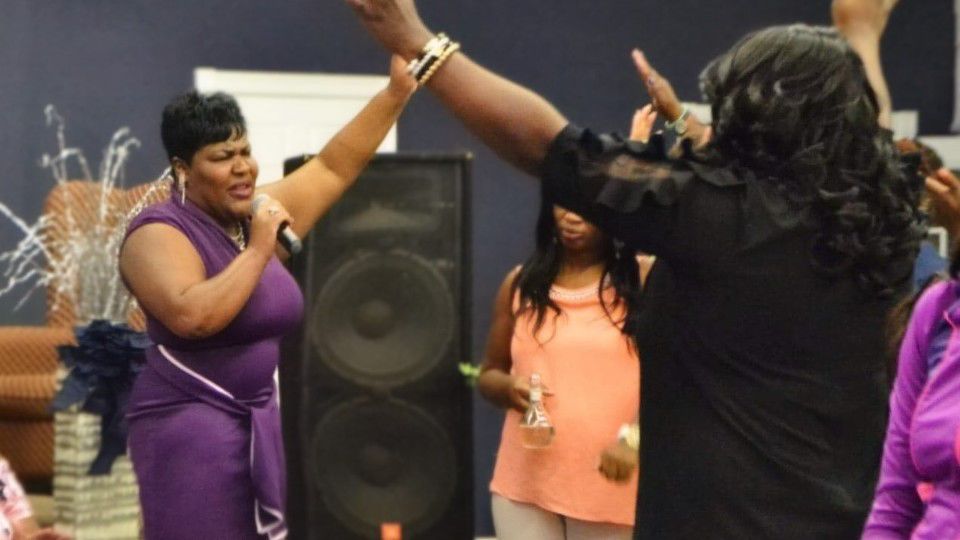 'Gumbo: A Recipe for Righteousness' by Naisha Cooper

Long before she became the pastor of Refuge Ministries in Baker, Naisha Cooper shared the word of God in the beauty salon she started in 1998.

"I would preach there. I would minister to those ladies," Cooper said. "I noticed that a lot of times women were coming in with different situations that I needed to console them, minister to them, pray for them — just doing ministry while at work … I have literally spoken to people who were drug addicted and alcohol addicted, going through abuse or that was atheist, and God allowed me to help them back to him. He allowed them to come into my space so that could meet him."

Cooper's salon shop evangelism has yielded some good results over the years.

"One day, we were having a conversation about the Lord, and everyone of my (six) workers, we ended up taking them to the church and getting them baptized that same day," she said.

Cooper, 43, was baptized and grew up in the church.

"I always had a sense of God," she said. "Even as a child, I loved the Bible. I participated (in church). But I would like to call what I did was religious ritual. We knew to go to church on Sunday. We knew to read the Bible. We knew to pray."

As a young adult, she joined the Full Gospel United Pentecostal Church under the leadership of the late Bishop Richard Allmon.

About a year later, Cooper was sitting at home when she heard the voice of God again.

That presented a problem for Cooper. Sharing the message in the salon was one thing, but preaching in the church was another, and she was part of a denomination that didn't believe in female preachers.

Cooper told God he would have to share that news with her pastor.

That following Sunday, the pastor called Cooper and two other women before the congregation.

"He said the Lord had been dealing with him concerning us and ministry, and that God was going to send us out to do ministry," Cooper said.

Cooper would go on to serve in other ministries, but she wasn't far from Allmon's influence.

"He was still very active in my life until the time he passed, and he was always a mentor to me," she said. "If I had problems or questions in ministry, he was there. I still considered him my bishop."

Cooper, who wasn't ordained until 2011, became known for her outreach work and as an evangelist in the Baker and Baton Rouge area.

"It was, I guess, just time that the Lord had me ordained as a pastor because so many people considered me their pastor, but I wasn't in pastoral ministry at the time, and I was just doing evangelism," Cooper said.

In October, she took on the pastoral role when she founded Refuge Ministries at 3650 Groom Road in Baker, building on the same kind of outreach and activism that she had excelled in as a community organizer.

"We do a lot of things in the community as far as helping disadvantaged women, encouraging single mothers, helping youth and young ladies to be women of virtue. We deal with all facets of ministry," she said.

One of the Cooper's outreaches is Earth Angels Foundation, a nonprofit organization which does about 20 "secret" layaway payments for families each Christmas. She also helps get meals prepared by chefs to families for Thanksgiving for Christmas.

Topping that list is the important task of helping parents stay involved in the lives of their children, Cooper said.

"Our family is always going to be our families," said the mother of three. "If I love God and my family couldn't attest to the work that I do, then to me that's vain. I want them to understand that the first ministry God instituted was family."

Cooper, who published a devotional book titled "Gumbo: A Recipe for Righteousness," said she's living on the grace of God.

"The grace that is upon my life is the grace he extended when he saved us," she said. "I just stand on God's grace in my walk. I'm human, so if I fall the people that I'm leading I want them keep going because of his grace."

For information on Earth Angels, Cooper's book and more, go to naishacooper.com.

Like never before in our history, today we celebrate the freedoms that we enjoy in these United States of America.

The coronavirus pandemic and the recent events regarding racial and social injustices sweeping across the globe have highlighted the need for basic freedoms and rights of every human being.

We have the freedom to vote; protest injustices; practice or not practice our religion; marry who we want; own our own guns responsibly; celebrate our differences; make decisions about our own bodies and health; and speak our minds with the knowledge that it can come with consequences.

As great as those freedoms are, the greatest freedom we can enjoy and which has eternal implications is the freedom found in Jesus Christ. He sets us free from the sin that seeks to keep each of us bound with hate and strife.

It is when we truly find freedom in Christ that we can seek even more to have the mind of Christ, the spirit of Christ, the compassion of Christ and love of Christ. That kind of love allows us to look past race and other hang-ups and learn to accept, respect and care about the freedoms and well-being of all our brothers and sisters.

The Rev. Martin Luther King said it like this: "No one is free until we are all free."

The Apostle Paul said in Galatians 3:28, "There is neither Jew nor Gentile, neither slave nor free, nor is there male and female, for you are all one in Christ Jesus."

All one. That's a good place to start.