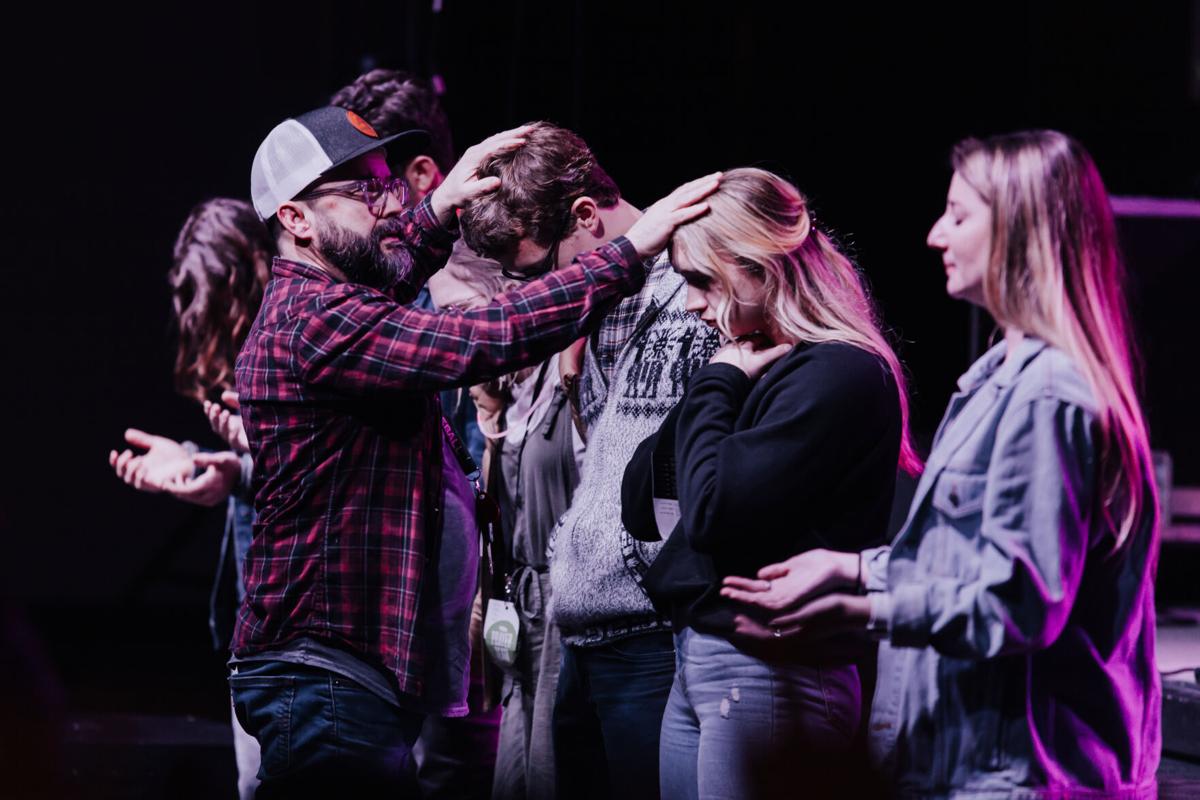 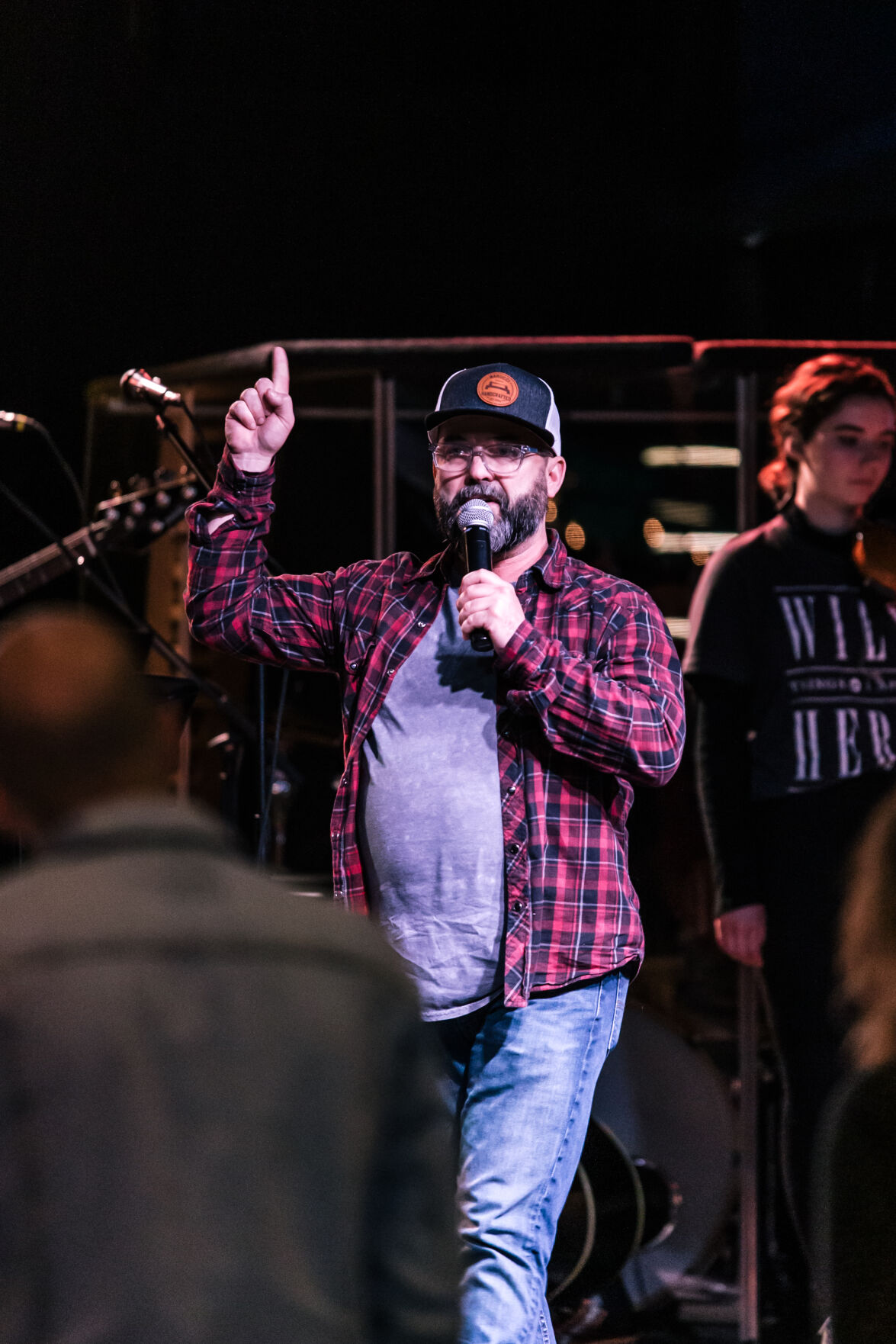 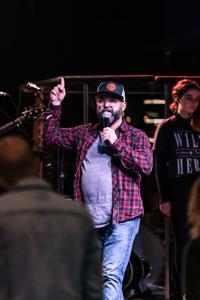 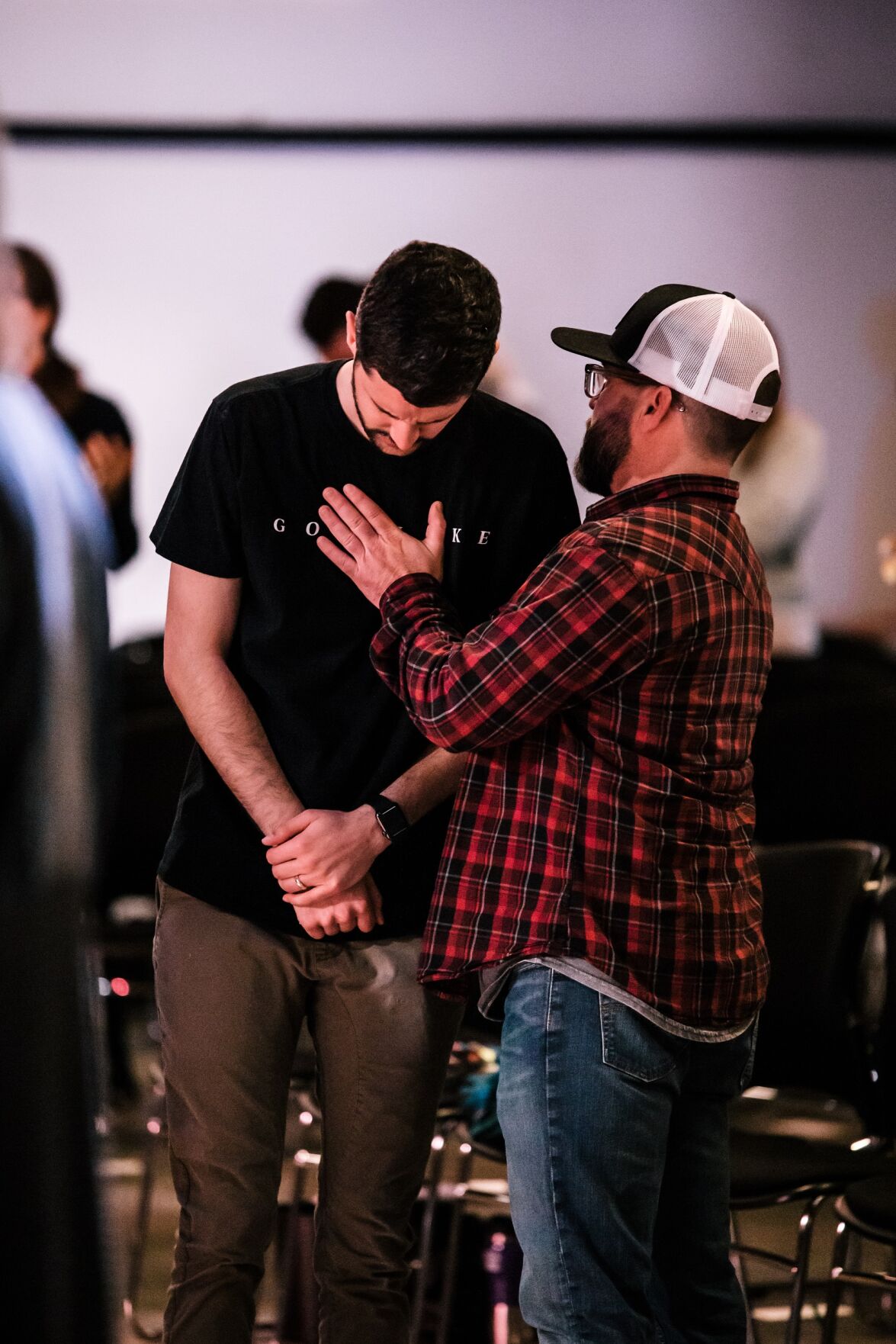 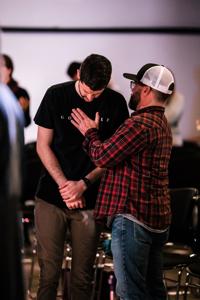 Pastor Donny Martin, right, and a man pray during the World Mandate Missions Conference in February at Antioch Community Church of Baton Rouge. 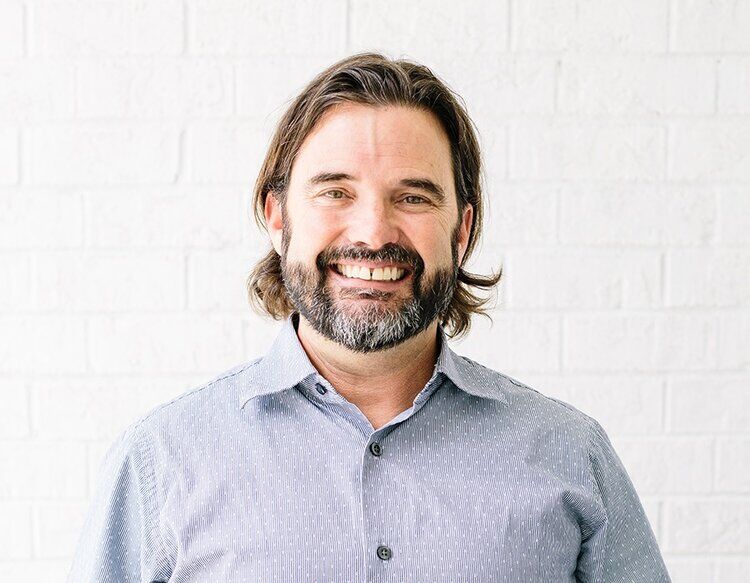 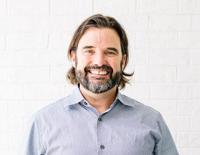 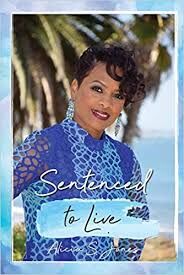 Pastor Donny Martin, right, and a man pray during the World Mandate Missions Conference in February at Antioch Community Church of Baton Rouge.

At least that's the way Martin imagined it in his very young mind.

"I would literally go home (after church), move the furniture out of my living room, and I'd start preaching to thousands of imaginary friends, and I was good at it. They all got saved," recalled Martin about his 6- or 7-year-old self. "Looking back, I realized that's when God was calling me to ministry."

Some years later, Martin, 49, has learned what it means to really preach Jesus and is walking in his calling as the pastor of Antioch Community Church of Baton Rouge that meets at The Dunham School.

But the journey from preaching to imaginary people to church planter and pastor wasn't without challenges for the Michigan native.

Not long after those preaching Sundays, Martin's life took a dramatic turn.

"Things got worst before they got better," he said. "My mom passed away when I was at a young age. My father was not present because of addictions."

As a youth, Martin bounced between his father and other family members and soon found himself following his father down the same destructive road of addiction.

"I felt like an orphan," he said. "I began searching for things to satisfy me that wouldn't satisfy me — that could destroy my life. … It got bad. I was in a pit. I started using drugs at a young age."

But a word from God helped send Martin's life in the right direction.

"One morning, I woke up and I just looked in the mirror and got in the shower — it's amazing how much God speaks to us in the shower — and I literally said to myself, 'I'm dying right now. I'm killing my body, and I can't do this forever."

Then, Martin said, God started putting people in his life who helped to "rescue" him and keep him on track. One of those people was his best friend, who was from a "God-fearing" family from "the other side of the track."

"I was from the poor side of the socioeconomic ladder, and he was on the upper scale, but we became best friends," Martin said.

The two started spending more and more time together until one day his best friend's parents came to Martin for a serious talk.

"I thought they were going to bust me for being a bad influence," Martin said.

"(They) said, 'Hey, Donny, we know you don't have room and board and are bouncing around from house to house. We don't want you to do room and board, but we want to adopt you. We want to make you our son."

At 16, Martin was adopted by the family. He no longer felt like an orphan, he said.

That growth continued when he started college at Abilene Christian University in Texas. He began with the intention of earning a degree in human resources, but he developed a boldness to do more to share his love for Christ with others through ministry.

"There were some men that were mentoring me (at Abilene Christian). That's when I found I'm all in," he said. "In that time, I really fell in love with Jesus and realized this is more about a relationship with Jesus than going and checking off boxes. When I really came to see that he loves me, that's when things started turning around. I went from being very insecure to being confident."

Now he's been in ministry for 25 years. He served as youth pastor at Lake Highlands Church in Dallas for 12 years and was on staff for eight years at Antioch Church in Waco, Texas, before moving to Baton Rouge in 2015.

Antioch Community Church had been started by a team two years before Martin and his wife, Bryanna, a Shreveport native, came on as lead pastors.

"My wife and I just felt like God was calling us to Baton Rouge," he said. "We were part of training that team before they were sent out, so we were very close to everyone on that team. So we sent them out about seven years ago, and about two years after that, we sensed the Lord calling us to come here and partner with them."

The focus of Antioch Baton Rouge early on was college students, hosting students for coffee and other meetings at LSU.

"Part of our strategy for planting churches at that time was going to college campuses and ministering to campus because it's a great time. Kids are coming up with decisions that will really affect the rest of their lives," he said. "Baton Rouge is the best place to plant churches. … LSU fans are crazy, and if they come to know Jesus and get on fire and get a purpose in their lives, it'll change the world."

Now the church looks to serve the whole family and community. Since settling at The Dunham, 11111 Roy Emerson Drive, the church has seen its congregation become more diverse, Martin said.

"There's a healthy mix of generations," he said. "We're no longer a college church. There are people of all races and ages. We very generationally diverse."

The Performing Arts Center at Dunham has been an exceptional place for the church, Martin said, but Antioch is looking for a building to call its own.

"When I pray, I say, 'God, give us a house that becomes a home,'" he said. "We really want to be in the center of the city where it's easily accessible for everyone from LSU and easy accessible to the interstate where families can come in. We want to be a church for the whole city."

The pursuit of Christ and to be led by the spirit of God continue to motivate and guide Martin.

"My desire is to become more and more like Jesus everyday, and you can't have that apart from the Holy Spirit," he said. "It's the Holy Spirit that shapes Christ in us."

Jones is a Baton Rouge native and Southern University graduate now residing in Los Angeles. She and her husband, Greg, suffered the loss of two sons in back-to-back pregnancies and wondered if God would ever bless them with a child.

The first loss was in 1995 after Cameron was born three months early. The baby developed neonatal sepsis, a "whole-body inflammation caused by severed infection," Jones explains to readers. He died about a month later.

"Endless questions flooded my mind," Jones writes. "I couldn't believe I was sitting in a mortuary planning my son's funeral at the age of 25."

The couple experienced a similar "bleak, dark moment" in 1997.

"After hours of being in labor, Christian arrived very small and fragile. He lived three to five minutes. I knew the spirit of the Lord was with me, but it was still so painful," Jones writes.

A third pregnancy also had its anxious moments before and after the birth of a baby girl, Genesis, in 1999. Jones called Genesis her "miracle baby," a special-needs child who has grown into a 20-something "vibrant, young woman."

"Healing has given birth to purpose, and the purpose of my life is to share with anyone who may be at this juncture of loss," Jones writes. "The pain is no longer painful but now a testimony."

"Sentenced to Live" offers more details and depth to Jones' faith. The book is 133 pages with brief chapters including "Broken Optimism," "Buckle Up," "Just the Beginning" and "First Birthday."