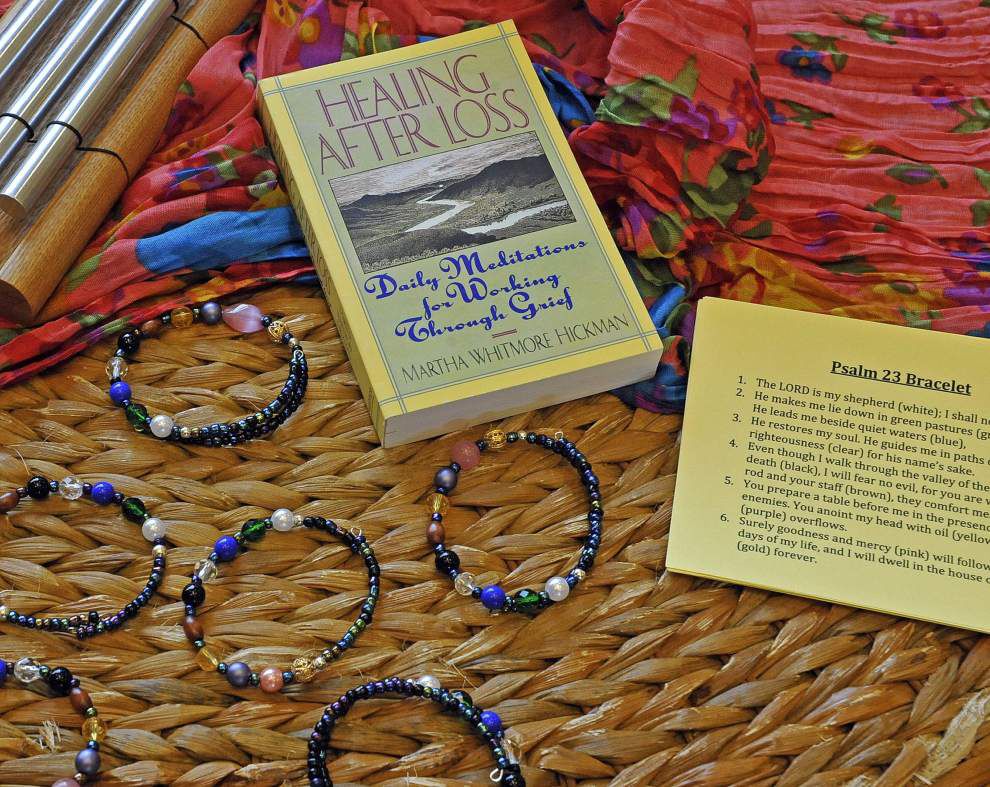 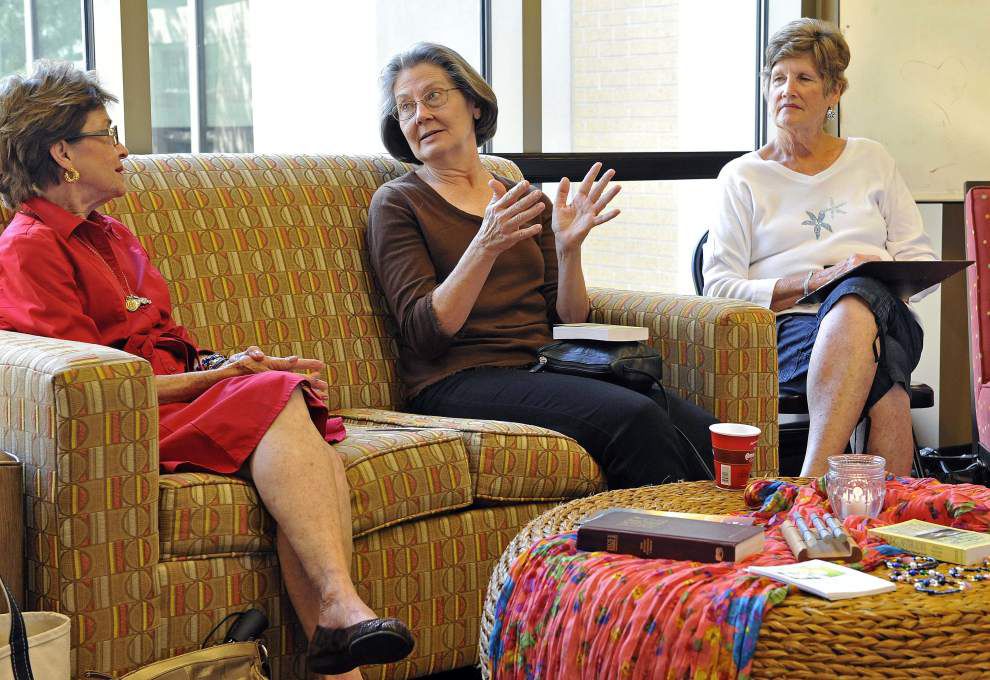 Advocate staff photo by BILL FEIG -- Carole Anne Brown, Judy Marley and Nancy Curry, from left, are part of the Widow's Walk, a support group for women who have lost their spouses, which meets at First United Methodist Church downtown to help each other get through rough times.

Advocate staff photo by BILL FEIG -- Carole Anne Brown, Judy Marley and Nancy Curry, from left, are part of the Widow's Walk, a support group for women who have lost their spouses, which meets at First United Methodist Church downtown to help each other get through rough times.

“The Widow’s Walk,” says Mary Louise “Lulu” Wemple, “is a place to tell your story. Just to know that you are not alone is comforting, and it helps being around other women who have experienced a spouse’s death.”

Started in January 2012 by Wemple, with help from the Rev. Susie Thomas, the peer-to-peer support group of widows has been meeting every Thursday at 10 a.m. from September through May at First United Methodist Church downtown.

While the Widow’s Walk has a spiritual component, church membership is not required.

About 20 widows, ages 50 and older, are part of the group. They talk about their daily concerns and worrisome issues, some of which they may not have previously handled, such as paying taxes or enrolling in Medicare.

“You begin to feel that the group is like a family that loves you and allows you to express your true feelings openly without criticism in a loving, constructive manner,” says Elizabeth Scott, a longtime resident of Baton Rouge, whose husband passed away four years ago after an extended illness.

A retired social worker, Scott says members’ experiences vary, and they bond together in the healing process by discussing the different stages of grief.

“In the beginning, the death of a husband is so devastating and overwhelming,” says Hilton, one of the group’s younger members. “You feel like you’re going crazy, but you aren’t. All the women are going through this. It’s part of grieving.

“You get through the day, the week and beyond. If I had done this alone, it would have been much more of a prolonged grieving process,” she says. “I have a better outlook because of the Widow’s Walk.”

Joyce Venuto, who moved to Baton Rouge a year ago from Oklahoma City, echoes Hilton’s sentiments.

“One of the major things I’ve learned from the Widow’s Walk is not to feel crazy or weird,” she says. “Your feelings of grief about a spouse’s death are perfectly normal.”

She appreciates that the group welcomes widows of all ages and denominations.

“Not all people need a support group,” she says. “Try it, though, and see. Everybody is different. The Widow’s Walk is very welcoming. It’s not a clique. We love it and feel acceptance. We’re friends.”

In 2014, the group started its Psalm 23 bracelet project, and Wemple credits church members Marce Warner and Scott with sharing the craft idea. Scott initiated and hosted a few summer meetings where some members made the bracelets.

Debbi Seale hosted the group this past summer. Wemple says the project “allows members to tap into their creative streak. Everyone has a good time doing it, and the group often has lunch together afterward.”

They craft bracelets with a different-colored bead for each verse of Psalm 23, which begins with the well-known words, “The Lord is my Shepherd; I shall not want.”

They sell the bracelets for $15, and each comes with a Psalm 23 printed prayer card. Proceeds and donations from the project buy supplies for the church’s after-school tutoring ministry for the surrounding neighborhood elementary school students.

Members say that by helping the children’s tutoring ministry, they are also helping themselves in their own grief recovery by turning some of their focus outward to the community.