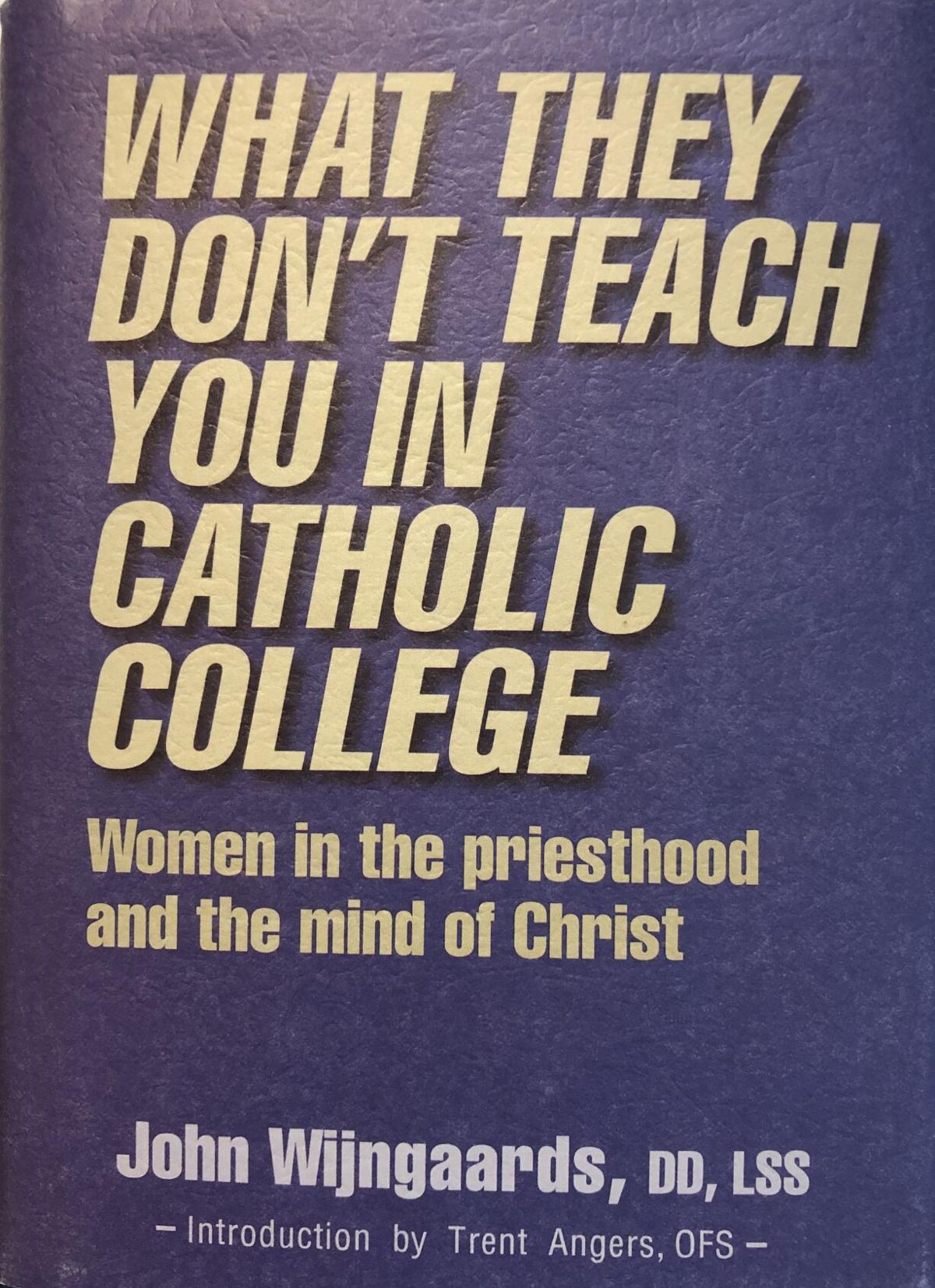 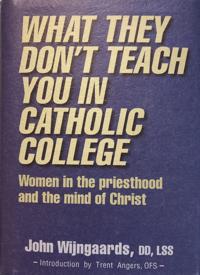 'What They Don’t Teach You in Catholic College: Women in the Priesthood and the Mind of Christ' by John Wijngaards 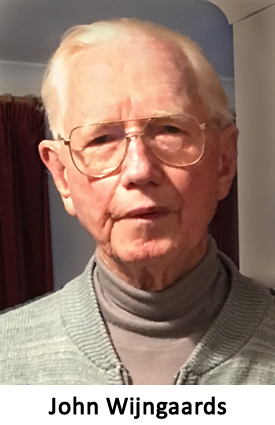 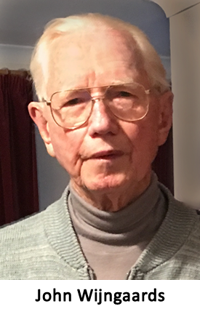 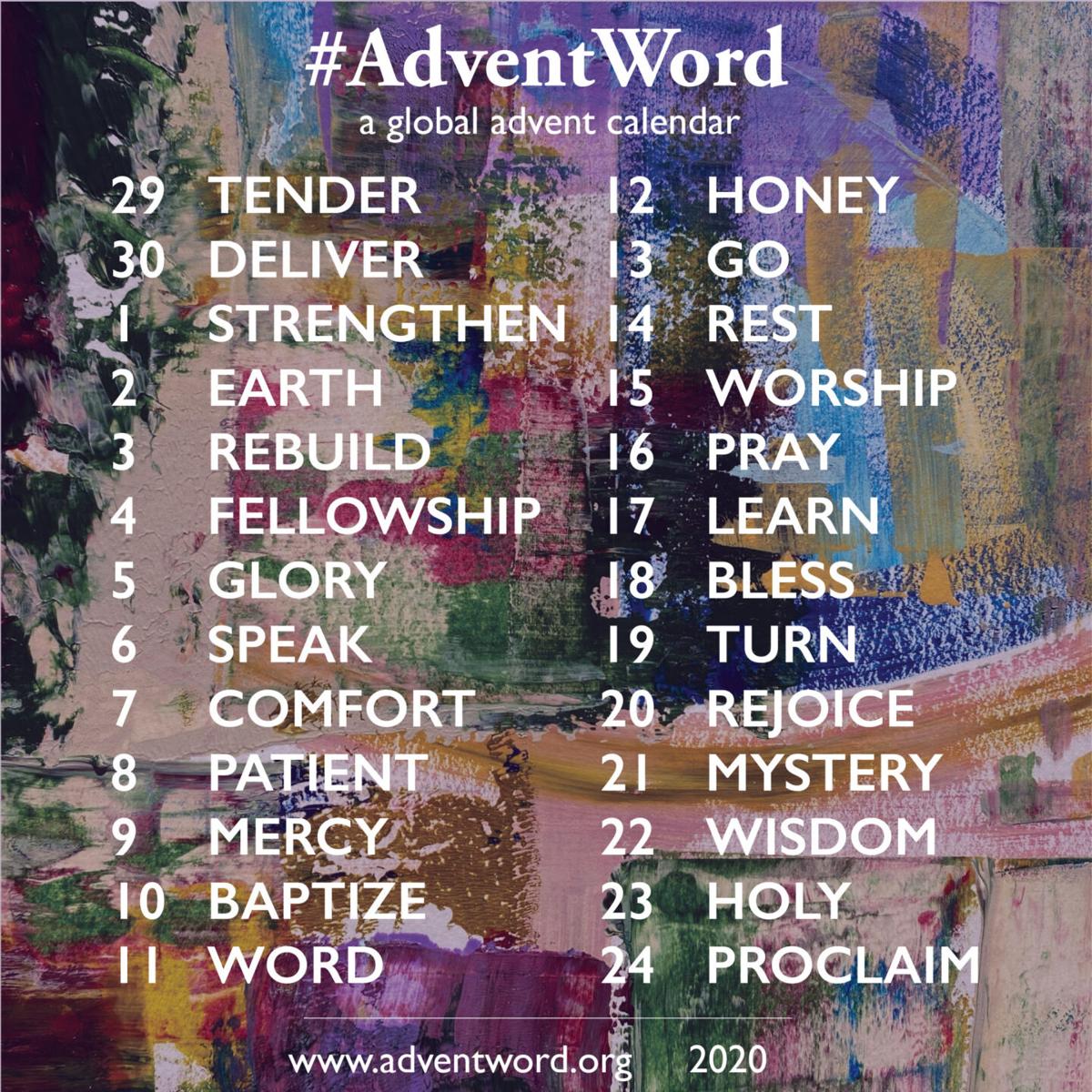 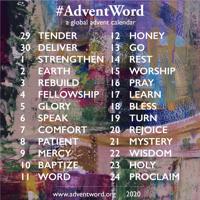 #AdventWord is an annual meditation exercise for Advent.

'What They Don’t Teach You in Catholic College: Women in the Priesthood and the Mind of Christ' by John Wijngaards

#AdventWord is an annual meditation exercise for Advent.

In “What They Don’t Teach You in Catholic College: Women in the Priesthood and the Mind of Christ,” the theologian, former Roman Catholic priest and missionary shares how he came to recognize women have a right to ordination just as men, and the basics of his beliefs.

Wijngaards followed what the church taught until he was a doctoral theology student in Rome. In a volunteer position that summer, he was helping at a West German parish’s primary school. A woman handed him a note asking for a child to be excused for the day for a family celebration. He assumed the professor's signature on the note was the father and responded in that manner. The woman told him she was the professor.

That evening, he felt guilty about his mistake, even though it would have been a common one at the time. Part of what gnawed at Wijngaards was that his own mother had been denied an academic career despite her capabilities, simply because she was female.

He also shares a story where his mother was chided for touching a sacred chalice newly delivered to church. He writes of her embarrassment and humiliation that an object was considered sacred, and she was not.

Wijngaards also writes of his time as a missionary in India, where he witnessed how the lack of education affected women’s religious experiences. He also expressed concern that women weren’t allowed to take on certain roles, even if no one else was available.

From there, Wijngaards explains how he listed the church’s arguments against women priests and then began to study each one. He found each one lacking.

The former missionary uses Scripture and takes a deep look into culture to rebut church tradition. He even challenges the attitudes with church history and its own teachings.

The main part of the book is only 143 pages. It is followed by three appendices that give some great background information on the topic. One is a timeline of denominations allowing or looking into the ordination of women as ministers. In addition to a list of his references or footnotes, he also gives a long list of sources on the topic.

The retail price is $16.95, and it is available from online sellers and bookshops throughout the U.S. and Europe.

Advent starts Nov. 29. Yes, it is that close. One of my favorite resources every year is AdventWord. Every day of Advent is assigned a word from the lectionary readings to meditate on. This year, the first word is "tender," followed by "deliver" on the next day. On Christmas Eve, it’s "proclaim."

For the past few years, AdventWord's available resources have kept growing. A devotional is offered every day. Podcasts have been added this year. A package of related coloring posters is available. The word list is available in several languages.

Another Advent resource is renewingworshipnc.org/christmas-advent-survival-kit-2020/. The site gathered songs, devotionals and other resources for this time of contemplation.

Fill the Stadium (fillthestadium.com) seeks to help 70,000 children and their families — roughly the average capacity of pro football stadiums in America — through the next 12 months. Fill the Stadium asks people who would normally spend money to attend a pro sports event this year — but who can’t because of COVID-19 — to spend the money on these families instead.

The effort's leaders say $500 — approximately the amount a family of four would spend on a pro football game day for tickets, meals, parking and a program — will help provide one year of food, nutritional supplements, hygiene essentials and COVID-19 medical screenings for a child in crisis. So far, the group has “filled” over 16,000 seats.