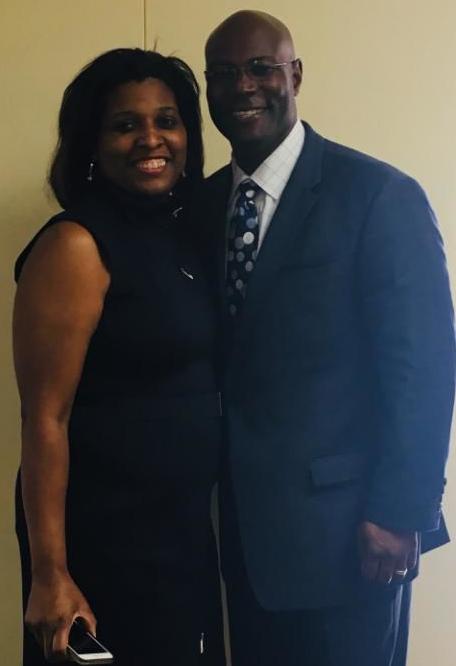 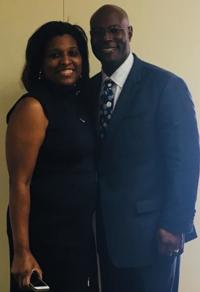 The Revs. Deidra B. Johnson and W. Eric Johnson 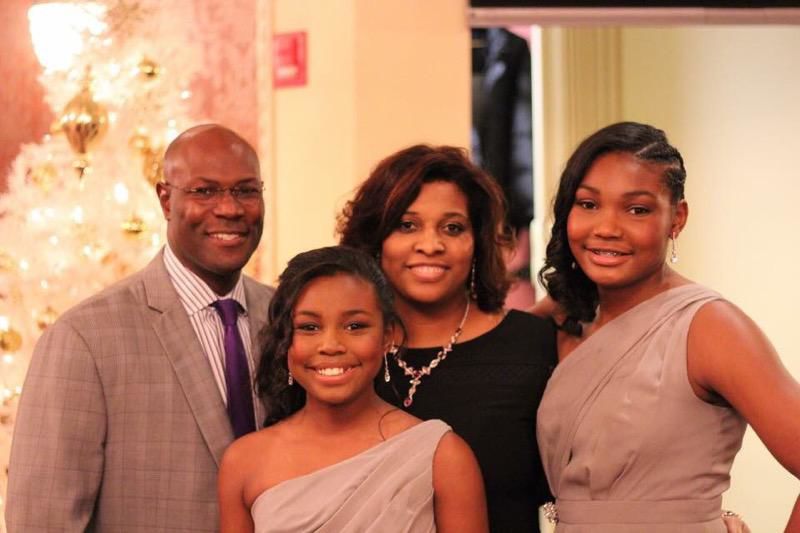 Pastors W. Eric Johnson and Deidra B. Johnson with daughters Kyla and Kari

The Revs. Deidra B. Johnson and W. Eric Johnson

Pastors W. Eric Johnson and Deidra B. Johnson with daughters Kyla and Kari

Former drug dealer W. Eric Johnson is helping change the lives of others.

Now a pastor, what he does is spelled out in the name of his church — Transforming Culture Ministries.

"We transform the culture by being the body of Christ," said Johnson. "That's what we do."

Johnson, 50, helped plant the church at 143 Lee Drive eight years ago, using his experience as a former drug dealer.

"It helps me to reach out to all races, creeds and colors, and it doesn't matter what you do, been through or going through," he said. "We reach out in fellowship to any God-washed one."

Johnson said he and his wife, Dr. Deidra B. Johnson, are working to build a multicultural church.

"We want a church that we think looks like heaven," he said. "Heaven's going to have a lot of races. That's what we want. If anybody wants anything different, they're highly mistaken."

That Johnson would be a minister and leading any kind of church might have been a surprise to many — including his own family — after he ran into trouble with the law about 25 years ago.

After graduating from Tara High School in 1986, Johnson joined the Louisiana National Guard and attended Southern University. Then he started selling drugs.

"I picked up that bad habit in college," said Johnson, who added that while he sold drugs, he never used them.

During his senior year in college, Johnson was arrested in Texas for transporting drugs.

"That's when I got caught, got busted," he said. "My life began to change after that."

Change was for the better — starting with a merciful judge.

"I spent one night in jail," Johnson said. "The next day, the judge said, 'You're a good young man.' He let us go and told us to just come back for court."

He ended up on probation instead of in jail. His education was delayed for a semester, but he went on to earn a degree in marketing with a minor in management from Southern in 1994.

Johnson had quit his life of crime, but he didn't get saved until a few years later at age 27 while attending Word of Faith Christian Center with his mother.

"The Rev. (Melvin) Washington was up teaching that Sunday, and I said to myself, 'I'm going to join church next Sunday. A voice in the back of me, said, 'You will be dead by next Sunday.' And that's how I ended up at the altar," Johnson recalled.

He gave his life to Christ, setting off an emotional reaction from members of the church.

"I didn't realize that my mother and the whole church was interceding for me," he said. "When I turned around, everybody in the church was jumping and shouting and crying. I didn't know how bad it was. … That was an answer to a prayer — an answer to a mother's prayers."

Johnson was serious about his new life in Christ.

"I didn't do anything else. That was it. I submerged myself in the word of God," he said. "There was never a wavering point. Once I came in, I came in. … That was the turning point. When you know there's a better way, you take that route."

That route led Johnson to meet his wife, a minister. And two years later, it led him to answer his own calling into the ministry.

He said his call was confirmed during an encounter with a stranger at a local gas station.

Johnson told the man he had the wrong person. But the stranger insisted Johnson looked like a "Rev. Johnson" that he knew.

"I walked out the door and turned back around and that man was gone — and he didn't leave out the door," said Johnson, who went on to graduate the Anderson School of Theology in Anderson, Indiana, in 2010.

At Transforming Culture Ministries, Johnson said he and his wife are team pastors with various assignments. The couple alternates preaching on Sundays.

"We pastor together. If one makes a decision, the other supports it," he said. "That's one of the best things you can do. We don't do the first lady thing. We both are pastors. It's a 50/50 partnership."

Johnson believes he's following God's plan for his life, as exemplified by his favorite scripture from Jeremiah 29:11: "For I know the plans I have for you,' declares the Lord, 'plans to prosper you and not to harm you, plans to give you hope and a future.'"

"God has plans," Johnson said. "That word plans is what I focus on because its plural. That means God has plans for us at different stages of our lives. That's how I govern my life. I think we're right where God has planted us and where he wants to us to be at this time."

Jonah had some nerve. God had saved him from being lost in the sea so he could go preach and help save the lost people of Nineveh.

Jonah's powerful preaching worked on the people of Nineveh, but not on Jonah. God showed compassion on the people's repentant hearts, and that made Jonah mad.

Jonah 4:1-4 says, "But to Jonah this seemed very wrong, and he became angry. He prayed to the Lord, “Isn’t this what I said, Lord, when I was still at home? That is what I tried to forestall by fleeing to Tarshish. I knew that you are a gracious and compassionate God, slow to anger and abounding in love, a God who relents from sending calamity. Now, Lord, take away my life, for it is better for me to die than to live.” But the Lord replied, “Is it right for you to be angry?”

Jonah was a piece of work. Let's not be like him. One thing Jonah did know and reminded us of is that God is gracious, compassionate, slow to anger and full of love. We can do well to remember that as we deal with people of various races, nationalities, gender and political and religious beliefs.