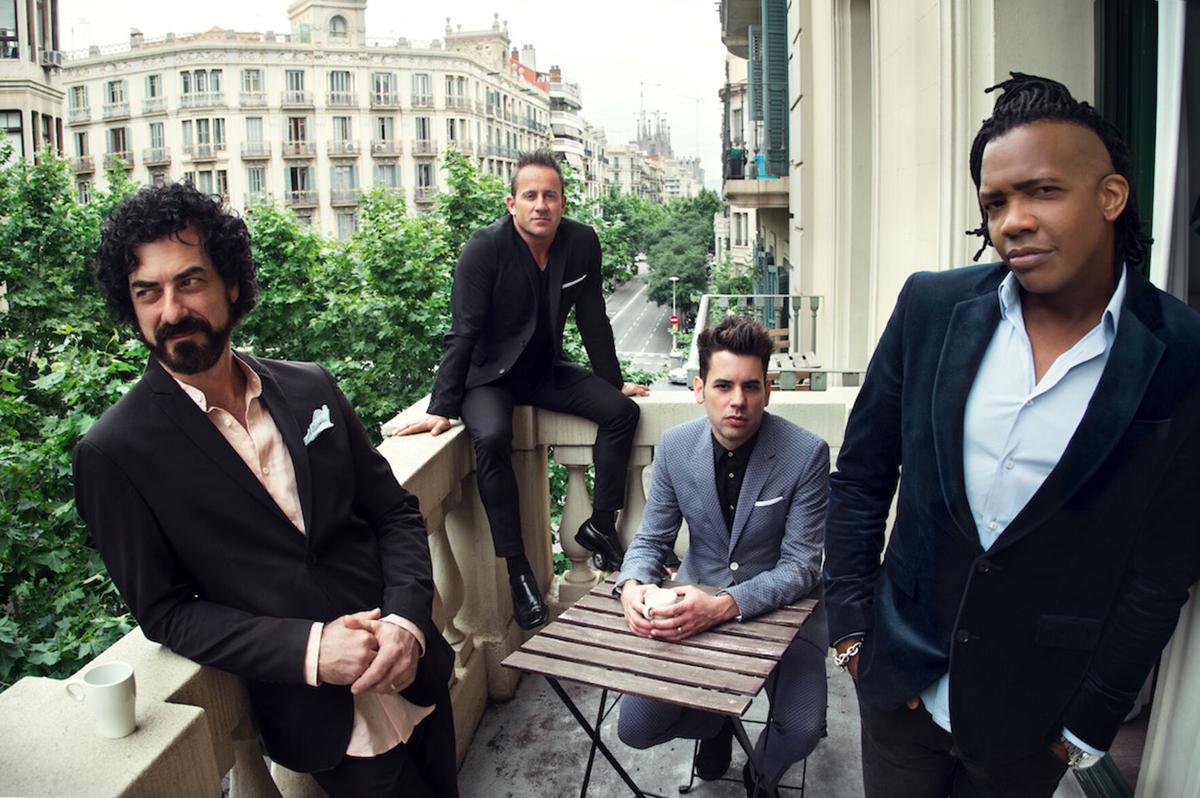 The Newsboys, with lead singer Michael Tait, right, will perform in Baton Rouge on Oct. 24. 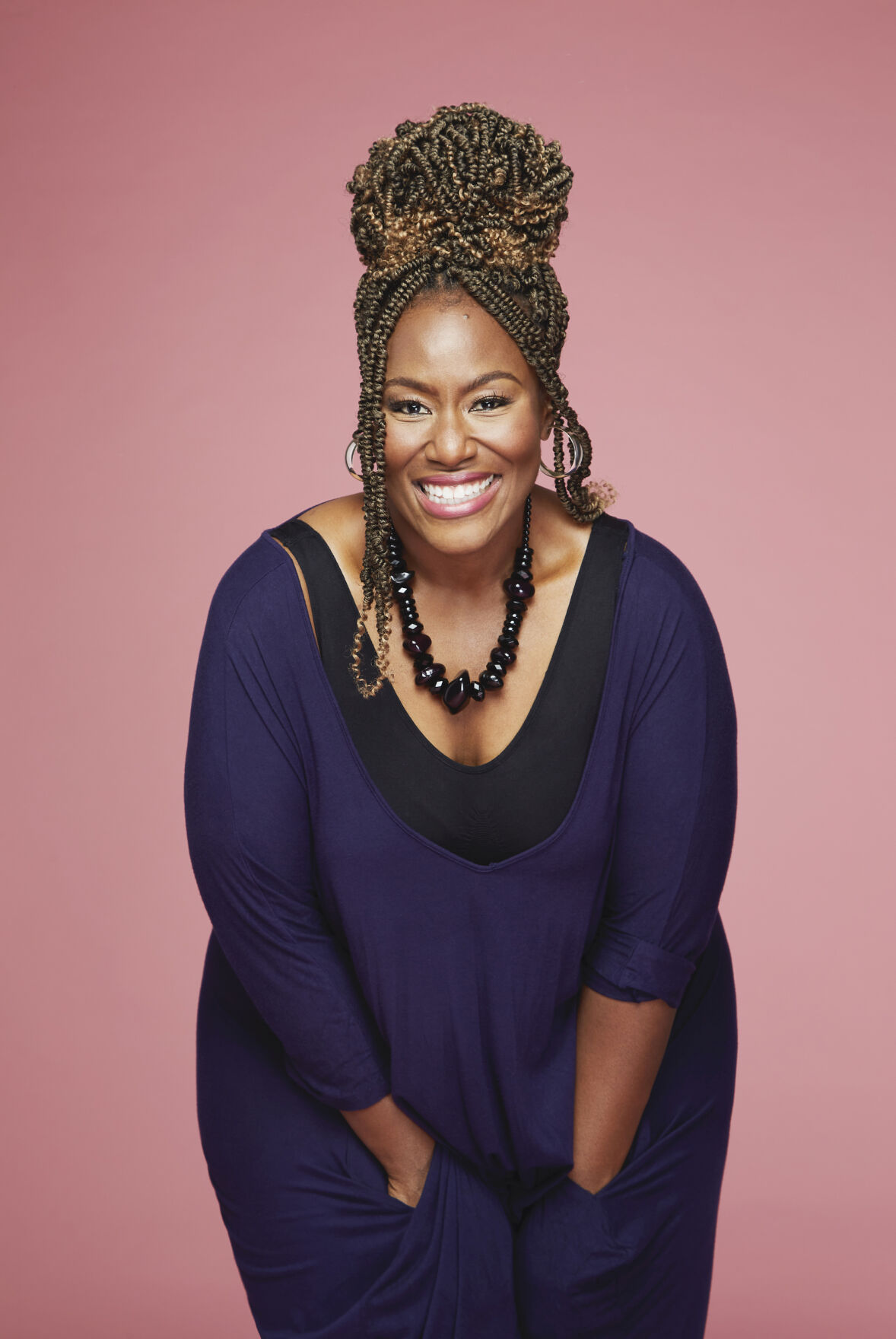 Singer Mandissa will perform as part of the Step Into the Light Tour in Baton Rouge on Oct. 24.

The Newsboys, with lead singer Michael Tait, right, will perform in Baton Rouge on Oct. 24.

Singer Mandissa will perform as part of the Step Into the Light Tour in Baton Rouge on Oct. 24.

After almost two years of no Christian bands touring, south Louisiana is overflowing with shows.

Among the big names is the Step Into the Light Tour with Newsboys, Mandisa, We Are Messengers and Cade Thompson at the River Center on Oct. 24. Tickets are on sale at ticketmaster.com.

Newsboys lead singer Michael Tait spoke recently about the band’s tour and latest album, and, of course, the effects of the COVID-19 pandemic.

Tait said the thought changed to “He is re-seeding during this time.”

He said everyone being locked away wasn’t perfect, but “I buckled down, and for the first time, I had a chance to really craft a record. I hadn't written a Newsboys record really since the ‘Born Again’ record (in 2010).”

In the intervening time, Tait said he’d have lyric ideas and chances to write here and there, “but never really had the time, which was pathetic and sad for the leader of a band.”

For the current project, other people were involved, he said, but “I got to executive produce, produce and write pretty much the whole thing.”

He said the pandemic gave the band time to “craft the songs."

"We had time to make it right. When the lyrics didn’t really nail the point, we get time to go back in and rewrite the lyric,” Tait said. “You know, this was definitely a God moment. And I believe that silver value in the COVID cloud for me was to realign myself with my beliefs and my creator and to tap into my creative energy and write a record called ‘Stand.’”

He said it’s his favorite one since he joined the Newsboys 11 years ago.

The album, released Oct. 1, has 10 songs, an attempt, Tait said, to write “songs that really stick with you, you know like the DC Talk days. (To make) a record with legs, which means you can listen to it over and over again.”

Tait said they crafted songs pertinent to where people are but “it wasn't just all sackcloth and ash. It was a lot of encouragement.”

Some of the songs include:

"Magnetic": “Even though we are able to pull away, (God is) constantly pulling us back to him because that's what a great God does. … God loves us so much that it pulls, it pulls. It pulled me back several times from the brink of utter destruction. So I wrote about that in a song."

“Blessings on Blessings”: “I have breath in my lungs. I have food on my plate. I've got great things to thank God for. … We whine and moan and (say) what we don't have and they, they, they got this, got that. Wow. Thank you, Jesus.”

"Clean": “I can't be your God. I can't be the perfect Christian leader … The fact is I'm a human. I will falter, turns out so will you, but that's what grace is all about. … ‘Clean’ talks about how … 1 John 1:9 says when we confess our sins he is faithful and just to forgive us. And those things forgiven us and those graces are new every morning. You wake up to God say, ‘I screwed up yesterday. I ruined it. I messed up bad. But I'm not going to dwell on that because the day is new, just like your grace is. … Start afresh, wipe my slate clean, God.’”

The Newsboys show is high energy. In the past, the group has been known for its spinning drum set. And Tait said Baton Rouge will “see a Newsboys show. … We say imagine a fiery black Baptist church service mixed with an MTV-VH1 Video Music Award show.”

As for himself on stage, Tait said, “I'm ADD, I love people, I feed off the people, but I love being the conduit of the message and love of Christ. That's what saved my life, I've got to share it. … I just want to love them and say, ‘Hey, this has worked in my life. I wrote a song about it. Maybe you are in this place. Check this out maybe you want to try this.”

In addition to Newsboys, Tait has been the lead singer for DC Talk, another iconic Christian band.

“It's funny how, back in the day, DC Talk and Newsboys were frenemies,” he said, laughing. “Who knew I'd be the front guy for the Newsboys? You want to talk about God working in mysterious ways, and mischievous ways. It's fun, man. Like, years ago, they (Newsboys) came to the States for the first time and DC Talk took them out on tour. And we became friends and never knew then, some 20 plus years later, I’d at the front.”

Tait said the core personnel has stayed committed even in the face of “lead singer changes, which can devastate a band and set a downward spiral … (In this case) it happened to work. Pretty unbelievable.”

The future includes a Christmas single, with Tait singing as a crooner.

“I am a crooner by nature … You are a crooner or you are a stylist,” he said, describing Mick Jagger as a stylist versus people who like to sing “big ballads.”

He said the Newsboys are planning a spring tour, but he couldn’t share details. The band also has a deluxe album in the works.

Tait ended by talking about his favorite moments from the two well-known bands.

“Working with Billy Graham was one of my favorite things I've ever done — me, Toby (“Mac” McKeehan), and Kevin (Max Smith). That was the best moment.”

He said that comes from being “a little Black kid in D.C. ... They had Billy Graham coming on live, for me, that was a cool, cool thing back in the day. I worked with him for many years in DC Talk, and now I'm on tour in Flagstaff, Arizona, tonight to do a crusade with his son, Franklin Graham. We're going across the state, doing the God Loves You tour. It's been pretty freaking cool.”

Laine Hardy, Killjoys and Newsboys: Catch these music acts and more this weekend